The project is still in the early planning phase. Sanford officials did not provide a timeline for the facility's construction but expect it to be completed within the next decade.

The facility will be built around Sanford's existing Seventh and Rosser Clinic, between Sixth Street North and North Seventh Street on the north side of Rosser Avenue. It will connect to the Sanford hospital via an existing tunnel and skywalk to the clinic, allowing the largest healthcare provider in the state to have one main operation point for Bismarck, located downtown.

"We thought that having one hospital campus was more efficient," said Dr. Michael LeBeau, president of Sanford Bismarck. "If we built a hospital away from all of our main services, it’s just added transportation of patients.

"The phrase is ‘minutes matter.’ And so this allows us to be most efficient in the way we serve our patients," he said.

Sanford Health, headquartered in Sioux Falls, S.D., bills itself as one of the largest health systems in the U.S., with 44 hospitals, 1,400 physicians and more than 200 Good Samaritan Society senior care locations in 26 states and nine countries. The health system moved into Bismarck in 2012 when it merged with MedCenter One.

Its new heart hospital will consolidate all existing heart services, which are scattered in several areas, into one building for cardiac patients. Services will include consultations; outpatient testing; cardiac cath labs, where doctors can perform minimally invasive tests and procedures on the heart; and nearly all surgical heart procedures.

"Our goal is to house all cardiac functions, including some clinic (functions) over in that area," LeBeau said. "But it’s still early. It’s still in the planning phases, but I think we can say all heart, all cardiac procedures, we’d want to move over."

Heart transplants will be the only procedure that will not be performed at the heart hospital. Sanford does not perform heart transplants at any of its facilities. Those cases are sent to the University of Minnesota hospital in downtown Minneapolis and to the Mayo Clinic in Rochester, Minn. 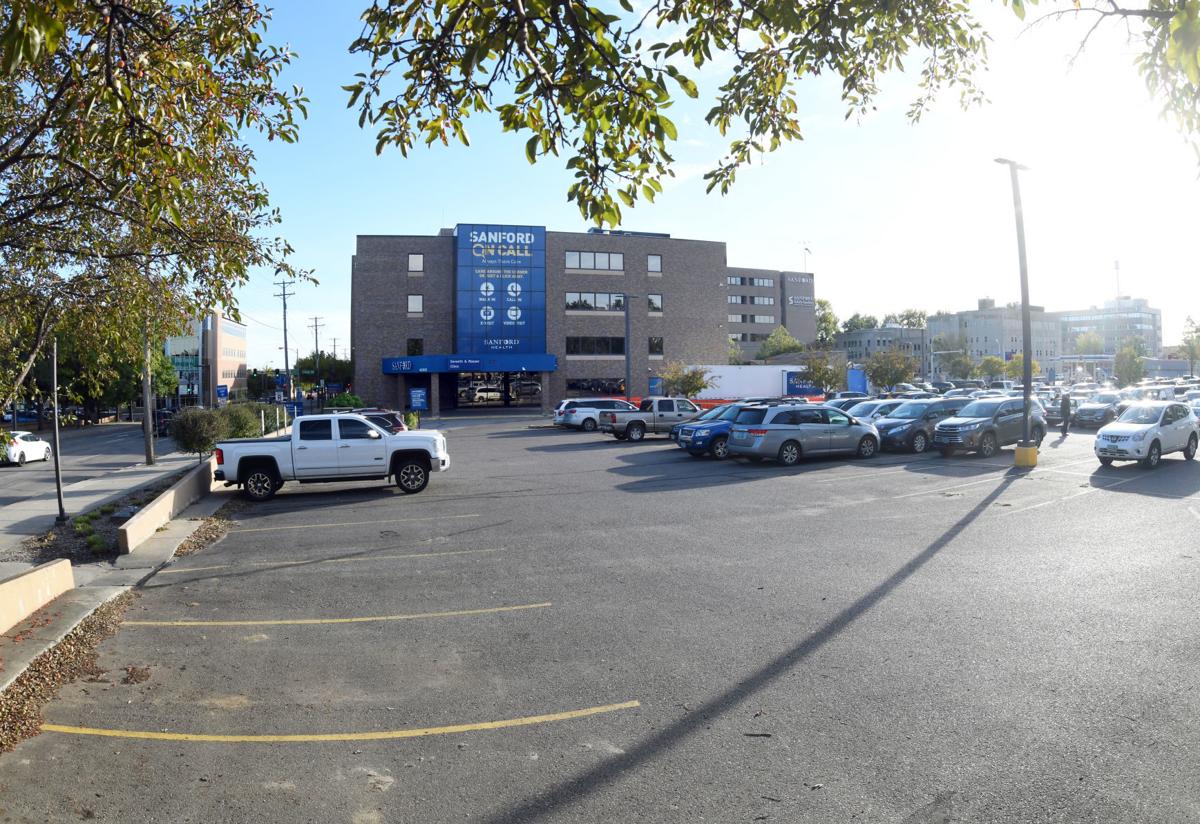 A heart hospital will replace the parking lot and be built around Sanford Health's existing Seventh and Rosser Clinic, back, between Sixth Street North and North Seventh Street on the north side of Rosser Avenue. 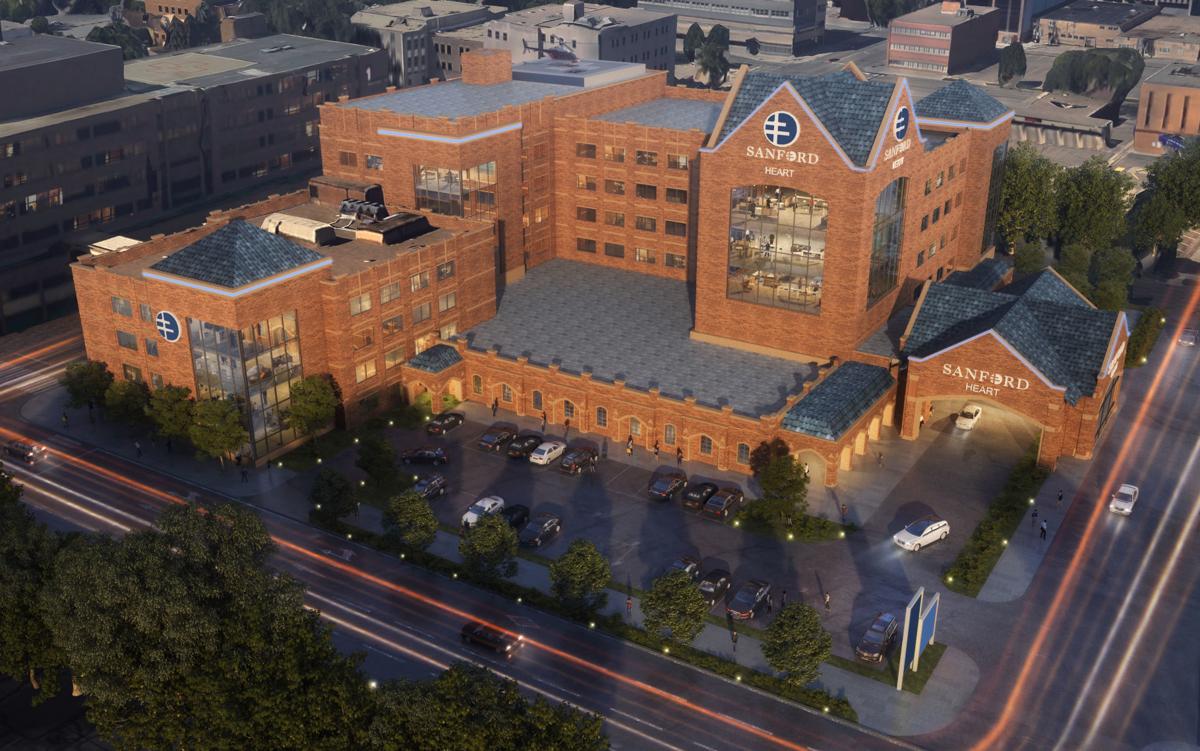 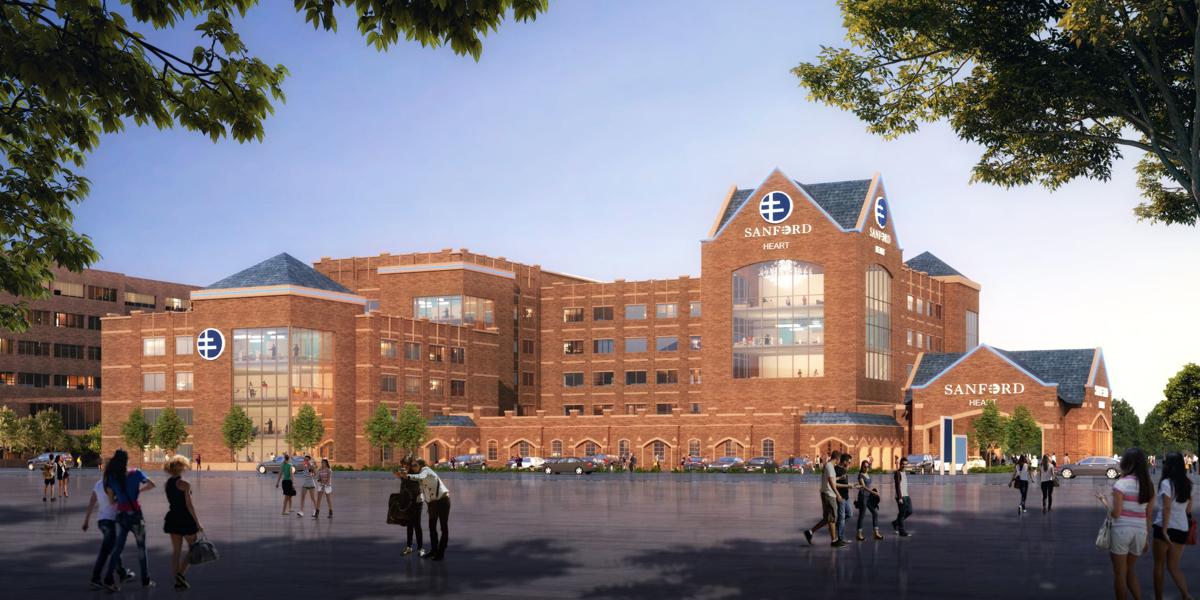 Sanford expects to work with Dallas-based architect group HKS, which does all of Sanford's design work, to ensure the new heart hospital maintains the same collegiate gothic design that has become known as its signature look.

Sanford officials declined to provide a cost estimate for the heart hospital. The only other dedicated heart hospital within the Sanford Health network, in Sioux Falls, was completed in 2012 at a cost $77 million.

"I think we’ll use that as kind of our starting point, but that’s probably it," LeBeau said about the building's layout and design. "We'll have to develop what I think works best for us and our space."

The heart hospital will be unique for Sanford's operations in North Dakota in that it will house all cardiac services in a standalone facility, though Sanford Medical Center in Fargo last year announced the $200 million addition of a heart and vascular health center to its main hospital.

LeBeau acknowledged that parking in downtown Bismarck will "definitely" be a challenge, especially since the heart hospital will eat up a portion of Sanford's existing parking space. He said officials will work with the city over the next 12-18 months of planning to find the best way to deal with the issue. Sanford also will need a building permit from the city for the hospital project.

Sanford has been building a comprehensive heart program in Bismarck for several years, and the new building is the next step in developing the program, LeBeau said.

Sanford has seen higher-than-expected growth in patient numbers in the last few years, which helped push the idea of a heart hospital to reality. Since 2014, Sanford's overall admissions numbers have jumped 32%, emergency room visits have gone up 16% and cath lab visits have increased by 26%.

Sanford has a helicopter based in Bismarck and a plane based in Dickinson to transport patients from outside Bismarck-Mandan and might be looking to include another plane or helicopter to its air fleet.

"Our expectation is all of these programs have to be done by flight, so we're currently evaluating how to best serve that region," Lebeau said. "It may or may not include another plane or another helicopter."

LeBeau has lived in the Bismarck area for 12 years. He said the new hospital is the biggest announcement he can recall in a "number of years" and expressed excitement about expanding into more rural areas.

"Why should you be penalized for living in rural North Dakota?" he said. "This is a game-changer."

State health officials reported another 47 coronavirus cases Monday, including 12 in the Bismarck-Mandan area.

At least 6 people in North Dakota sickened by contaminated salad

At least six people in North Dakota have been sickened by bagged salad mixes contaminated by Cyclospora parasites.

Taking over North Dakota’s health department in the middle of the coronavirus has been a whirlwind for Dr. Andrew Stahl, who said Thursday tha…

Eighty people total have died with COVID-19 in North Dakota, including a Stark County man whose death was reported Wednesday.

Eighty people total have died with COVID-19 in North Dakota, including a Stark County man whose death was reported Wednesday.

State health officials reported another 38 coronavirus cases Tuesday, including 19 in the Bismarck-Mandan area.

At least 6 people in North Dakota sickened by contaminated salad

At least six people in North Dakota have been sickened by bagged salad mixes contaminated by Cyclospora parasites.

New coronavirus cases were reported in a dozen North Dakota counties Thursday, but active cases of COVID-19 statewide increased only by 11. 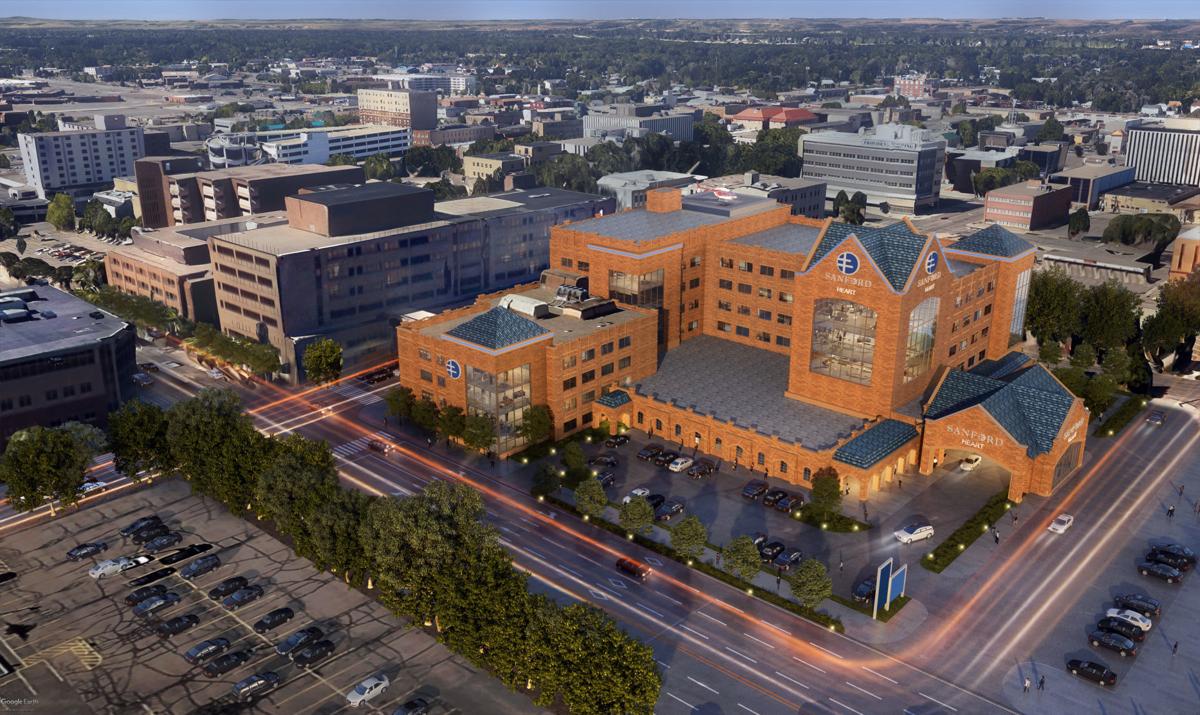 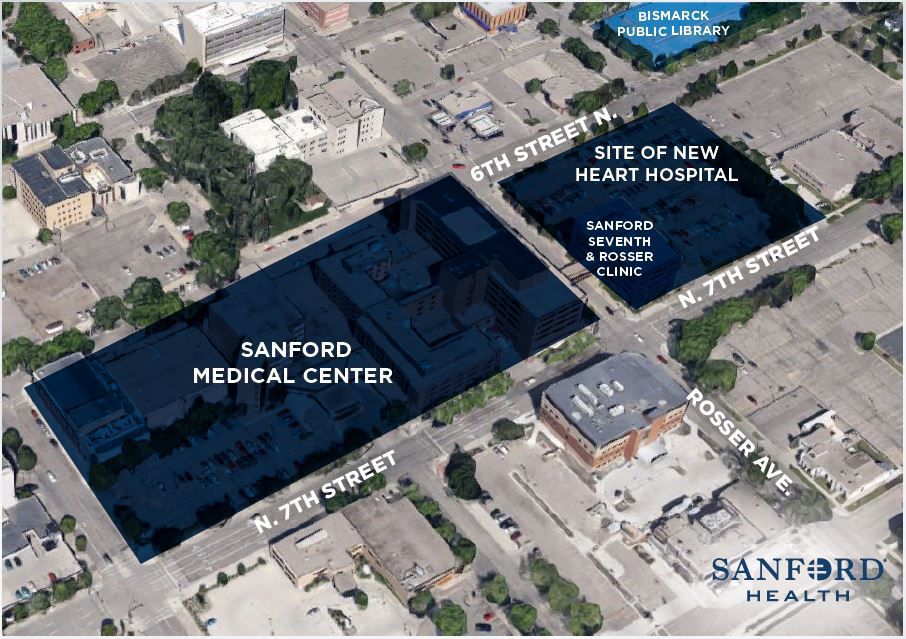 This bird's-eye view rendering of downtown Bismarck shows where the new heart hospital will be in relation to the existing Sanford hospital.