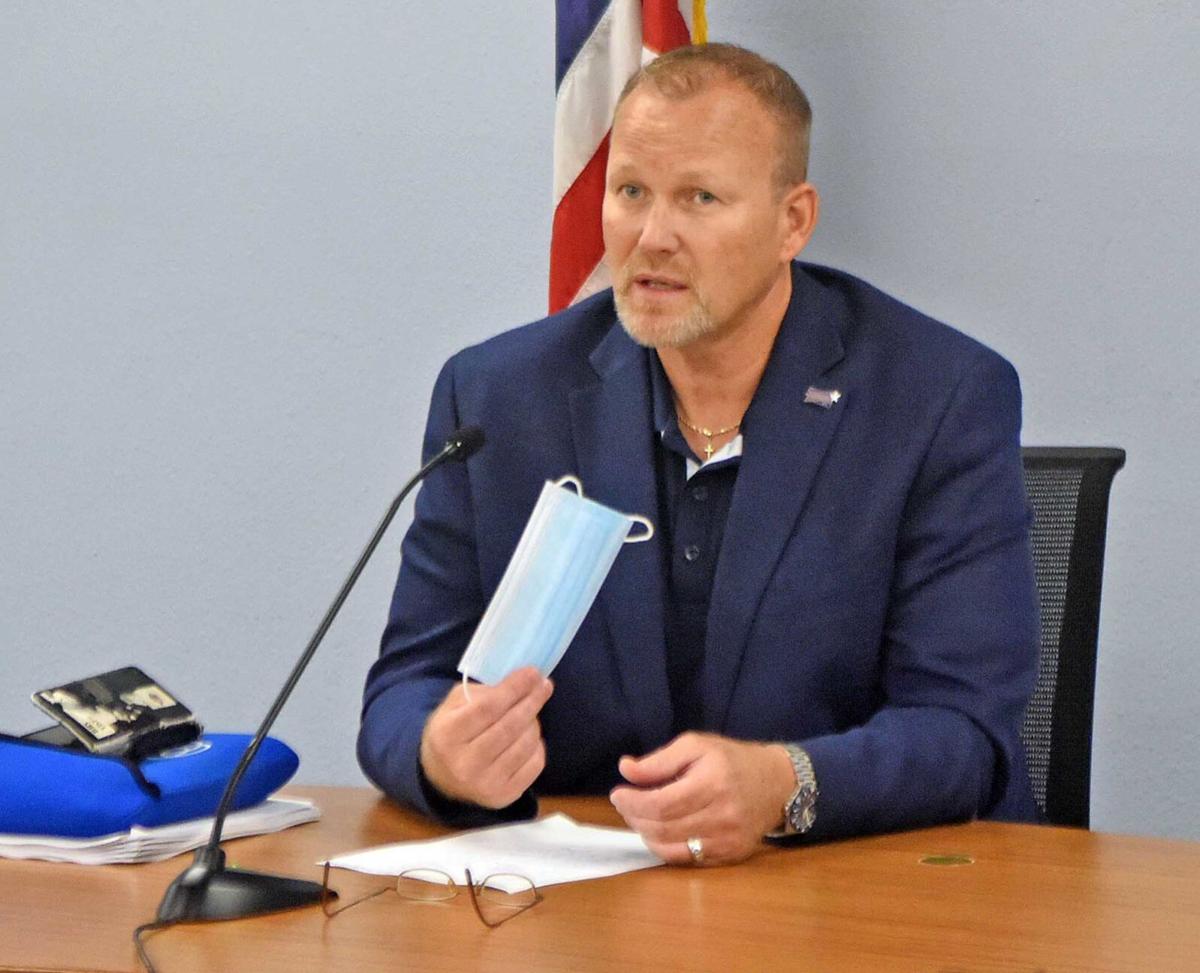 Bismarck Mayor Steve Bakken spoke at the first meeting of the Burleigh-Morton COVID-19 Task Force on Friday. This week, he called for residents to wear masks in public. 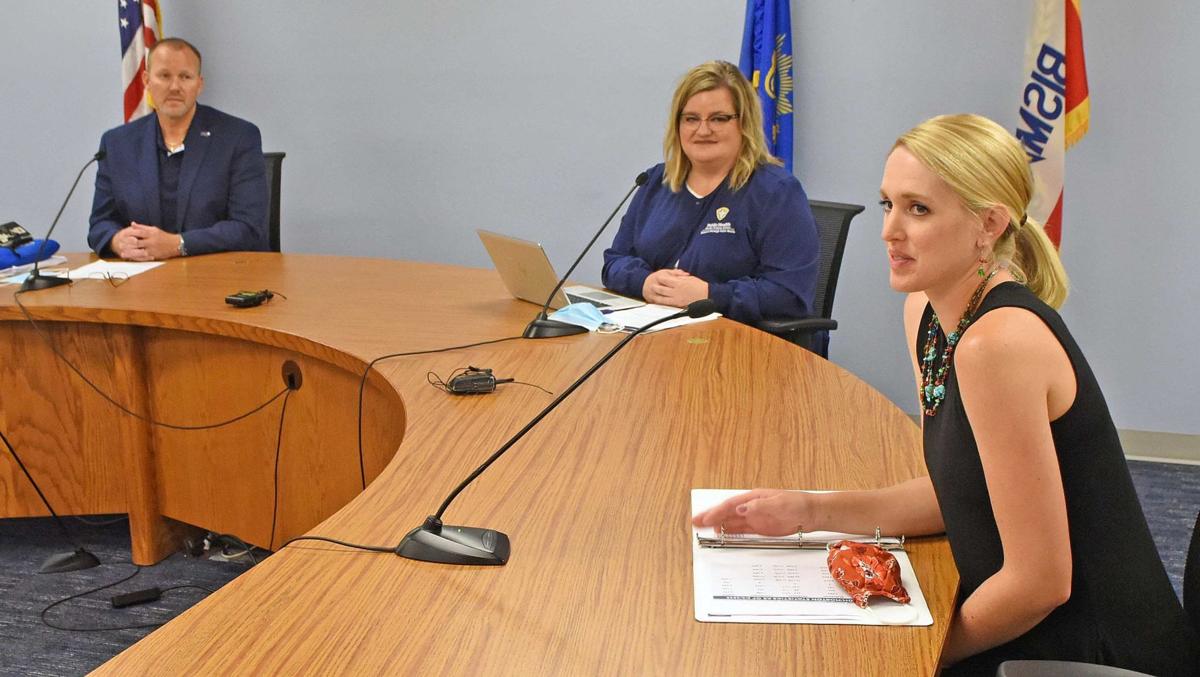 A task force formed to cool down the development of Burleigh and Morton counties into a coronavirus hot spot met for the first time Friday, detailing a blueprint for subcommittees, testing and budgeting.

The meeting came as North Dakota health officials reported 150 new cases of coronavirus in the state on Friday but also 215 recoveries, helping lower active cases for the first time in five days.

Total COVID-19 cases statewide since the start of the pandemic number 7,327, with active cases down 66 from the previous day to 1,053.

The Department of Health also reported the state's 110th coronavirus-related death, a Benson County man in his 40s with underlying health conditions.

The new cases confirmed in 26 counties included 25 cases in Burleigh and 19 in Morton. Burleigh continues to lead the state in active cases, with 260, and Morton is fourth, with 76. Cass County and Stark County rank second and third.

Cases spiked in the Burleigh-Morton region after the economy reopened and following some large gatherings held over the Fourth of July holiday. Gov. Doug Burgum last week announced the creation of the Burleigh-Morton COVID-19 Task Force, which is modeled after a task force created in early May in the Red River Valley after Cass County and Fargo bloomed into a hot spot. The outbreak there has lessened in recent weeks.

The Burleigh-Morton task force on Friday announced the formation of five subcommittees:

The subcommittees are each made up of several community members who represent different stakeholders or leaders in each area. The Business Community subcommittee is still looking for a member to represent local bars and restaurants.

While the task force and its subcommittees have not yet established long-term plans, in the short term they will help establish additional testing sites, push to increase testing for college students and staff, and develop wraparound services for the underserved population. Wraparound services begin after a homeless person who tests positive for COVID-19 is found housing in order to isolate. The public health department provides that person with food, medication, and any mental or behavioral health services they might need.

The task force is working to develop a budget. It directed the subcommittees to meet and create a plan of action. The task force steering committee will then create a budget based on those plans and submit it to the state for approval.

Bismarck Mayor Steve Bakken said that part of the problem contributing to the spike in cases is that the city does not have enough resources, which is an issue the task force will address.

Burgum has pledged state assistance and said that if money is needed for things such as additional testing, it could come from federal coronavirus aid the state has received and earmarked for public health.

Bismarck-Burleigh Public Health Director Renae Moch said the spread of COVID-19 in the region is communitywide and not related to clusters or localized outbreaks. There have been gatherings of large groups with no social distancing, and the task force said disease spread in the workplace is common.

Bakken said that organized gatherings such as festivals have done a good job at working with health officials to create safety protocols. It is smaller events such as weddings and funerals, he said, where precautions are slipping through the cracks. He encouraged residents to contact the public health agency with any safety questions before holding events.

The task force's seven-member steering committee has a standing meeting at 2:30 p.m. on Mondays, and the 10-member task force at large will meet at 10 a.m. on Fridays.

Forty-eight people statewide remain in the hospital due to COVID-19, an increase of two from the previous day. A total of 408 people have been hospitalized at some point since the start of the pandemic.

The number of people in North Dakota tested for coronavirus at least once is at 165,701, and total tests number 346,669.

Testing has been increased in the Bismarck-Mandan area in recent weeks. Bismarck-Burleigh Public Health has scheduled another free public drive-thru event at the Bismarck Event Center from 5-7 p.m. on Tuesday, and Custer Health has set testing at its office in Beulah from 10 a.m. to noon on Monday and at Dacotah Speedway in Mandan from 1-3 p.m. on Wednesday.

For more information on coronavirus in North Dakota, go to health.nd.gov/coronavirus.

Officials on Wednesday discussed the formation of a Burleigh-Morton coronavirus task force, while a fourth death was reported in Burleigh County.

State and local officials are forming a task force to address the development of Burleigh and Morton counties into a coronavirus hot spot.

Bismarck Mayor Steve Bakken spoke at the first meeting of the Burleigh-Morton COVID-19 Task Force on Friday. This week, he called for residents to wear masks in public.