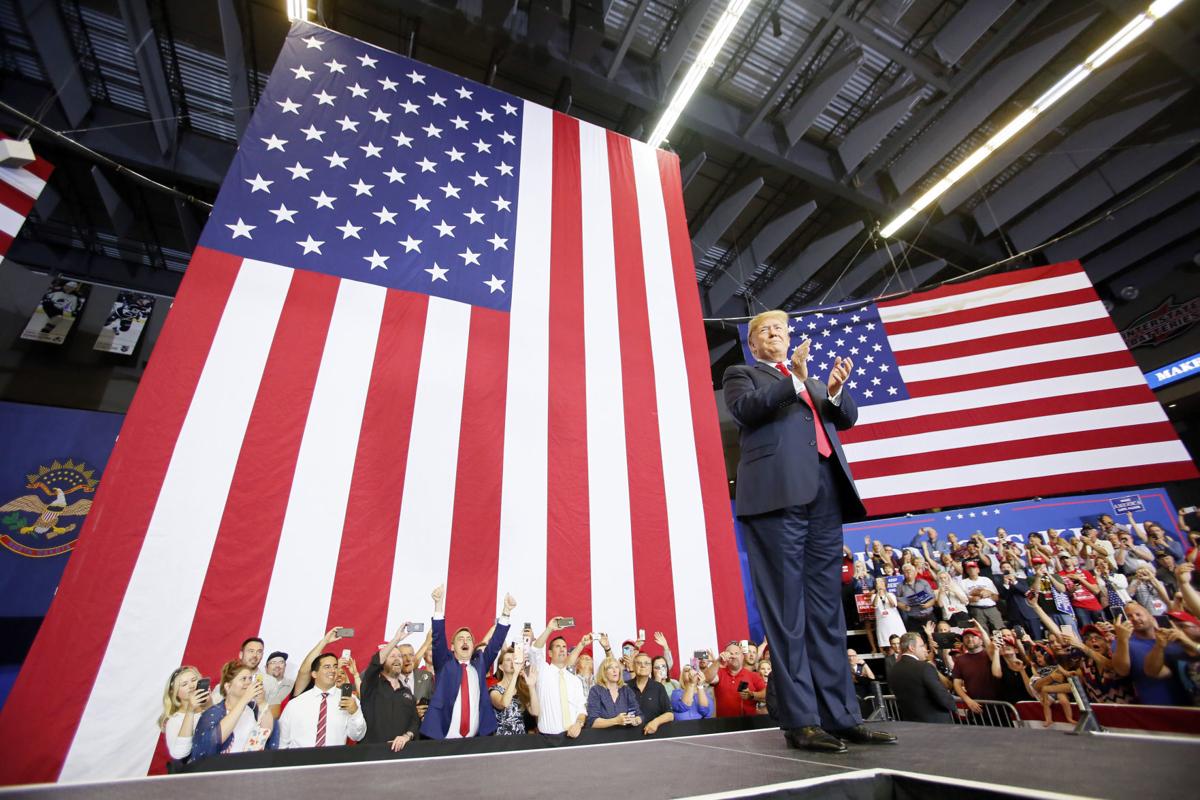 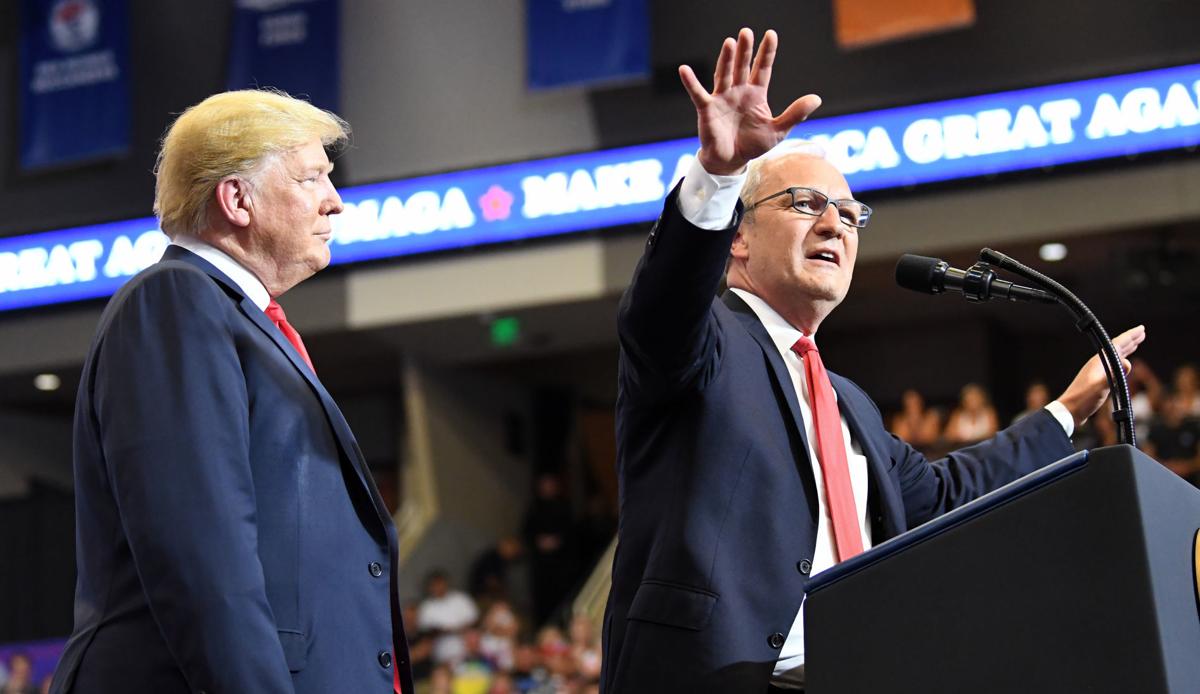 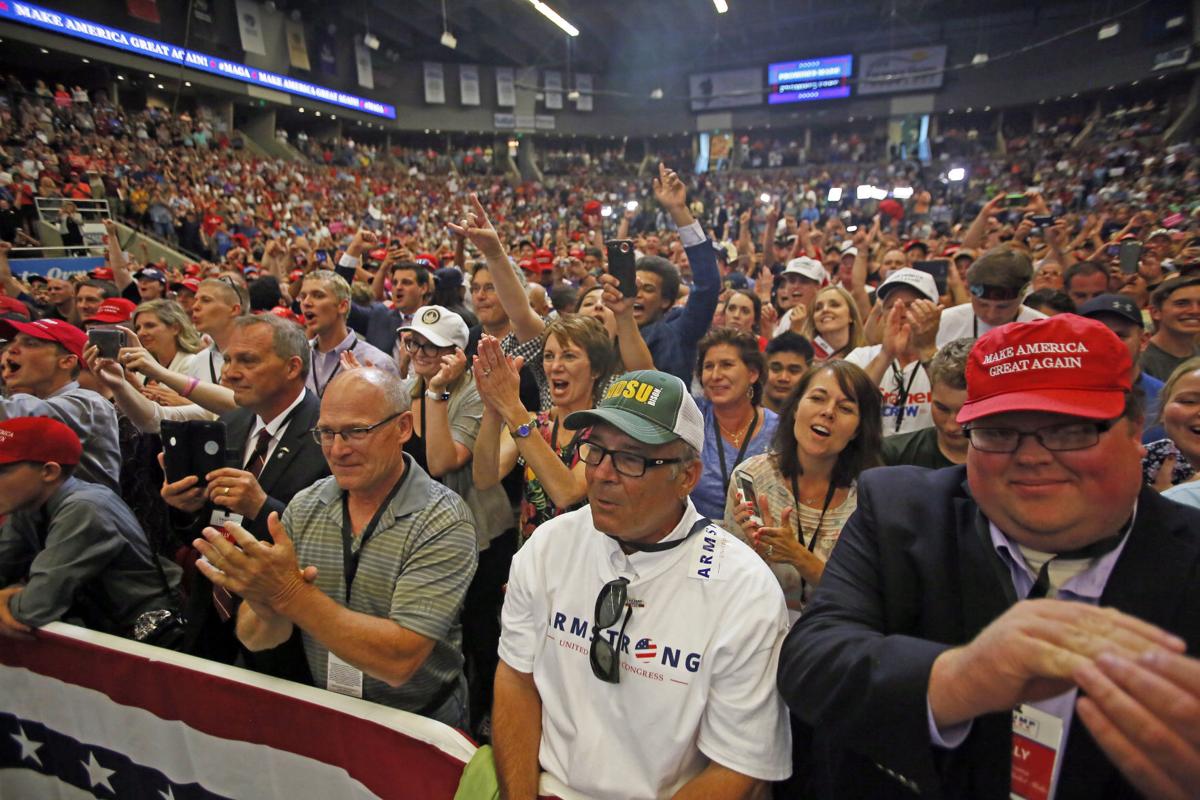 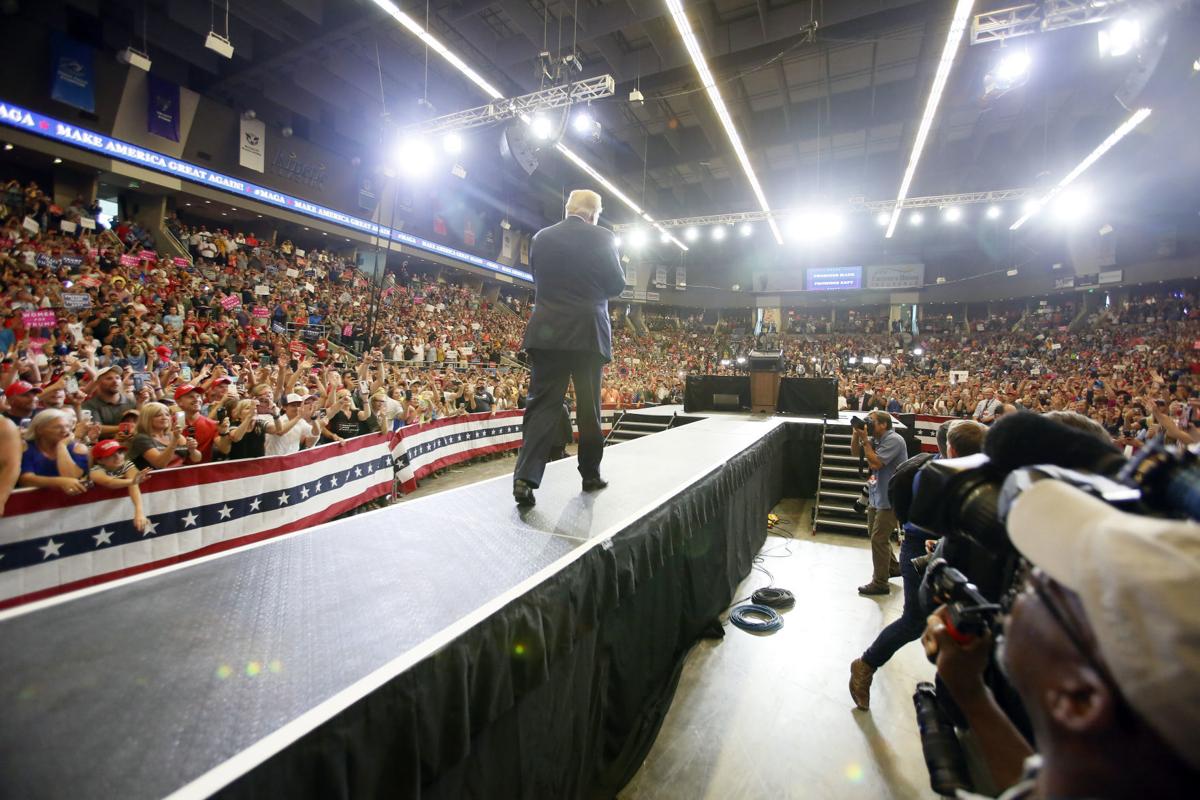 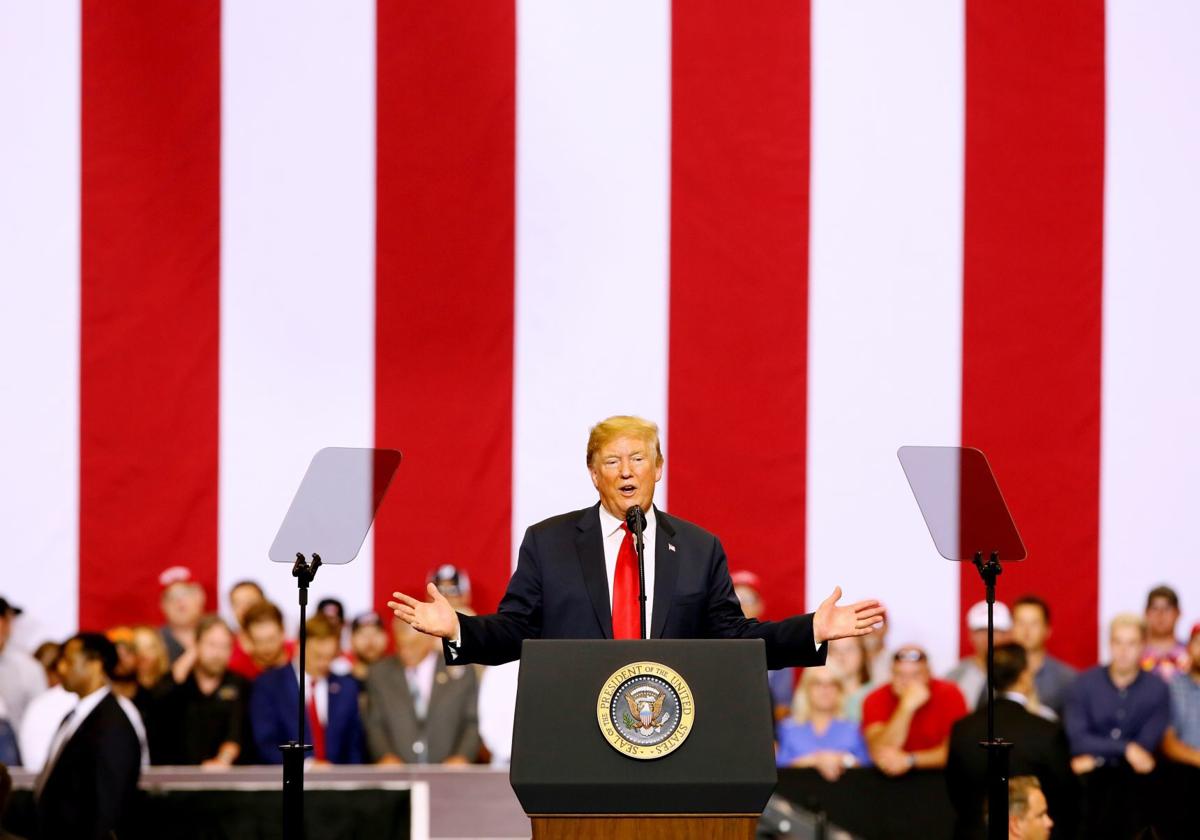 Trump touched on the hotly contested Senate race early in his 71-minute speech to an adoring crowd of thousands that packed the arena. He criticized Heitkamp’s record on tax cuts, health care, immigration and abortion.

Crowds gathered Wednesday morning in anticipation, with temperatures soaring to 89 degrees just before 4 p.m. A few hundred protesters, many of them clutching signs, rallied outside Scheels Arena, but they were outnumbered by supporters who also greeted Trump’s motorcade and waited outside the rally.

Trump encouraged Cramer, a Republican, to run for the Senate after the third-term congressman initially said he would instead seek re-election. But the president has seemed to have a warmer relationship with Heitkamp than other Democrats — he famously called her a “good woman” during his most recent North Dakota visit last year.

Trump’s visit came just a few months after Vice President Mike Pence stopped here to boost Cramer and criticize Heitkamp’s voting record. In a recent ad, Heitkamp boasted that she voted “over half the time” with Trump.

“While we saw election-year politics today, I’m always willing to work with the president if he’s helping North Dakota — and if he’s not, I’ll speak up,” Heitkamp said in a statement. “I don’t answer to a political party or president, I only answer to North Dakotans who deserve an independent voice in the Senate.”

Cramer joined Trump on stage briefly, thanking him for cutting taxes, rolling back regulations and for his anti-abortion stances.

“And on these very important North Dakota values, you’ll never have to wonder where I’ll be,” he said.

The stakes are high for North Dakota’s race. Republicans see the reliably red state as an opportunity to add to their slim majority in the Senate.

Trump won North Dakota with 63 percent of the vote in 2016, but his aggressive trade moves have caused some anxiety in farm country. Kevin Skunes, who farms corn and soybeans in Arthur, N.D., and is president of the National Corn Growers Association’s board, recently visited the White House to meet with Cramer, Commerce Secretary Wilbur Ross and others.

“We just, I think, wanted him to know that the president and this administration … has a lot of support in the ag countryside, but at some point we’ll be basically voting with our checkbooks,” Skunes said Monday.

In Fargo, Trump decried Wednesday what he deemed unfair treatment from other countries and said he aims to make trade “fair and reciprocal.”

“They say Trump is starting a trade war,” he said. “I say no, the trade war ended a long time ago and the United States lost because our leaders didn’t take care of our people and our companies.”

Trump touted his record on many fronts, citing low unemployment figures, eliminating “job-killing regulations” and efforts to fortify the country’s borders. He highlighted a directive to create a sixth branch of the military, a Space Force.

“To keep this momentum going we need Kevin Cramer in the Senate,” Trump said.

The president also dismissed the investigation into his campaign’s ties with Russia as a “hoax.” He railed against media coverage from the “fake news.”

Trump stressed the importance of appointing a conservative justice to the U.S. Supreme Court with the imminent retirement of Anthony Kennedy. He argued Heitkamp will vote against his pick, although she supported his first nominee, Neil Gorsuch.

Trump landed in Fargo at about 6:15 p.m. Cramer and Sen. John Hoeven, R-N.D., followed him as he exited Air Force One at the North Dakota Air National Guard Base next to Hector International Airport. Among those in the receiving line as he stepped onto to the tarmac were Gov. Doug Burgum, first lady Kathryn Helgaas Burgum, Cramer’s wife and son, Kris and Abel, respectively, and oil tycoon Harold Hamm, who has agreed to be Cramer’s finance chairman.

Drivers stopped on the northbound lanes of Interstate 29 exited their cars to record the motorcade as it passed by on its way to Scheels Arena.

The arena was filled with filled with red, white and blue apparel, with many pieces stitched with Trump’s name or his campaign slogan, “Make America Great Again.”

And from the stage, Trump used a newer phrase: “Keep America Great!” He insisted on an exclamation point.