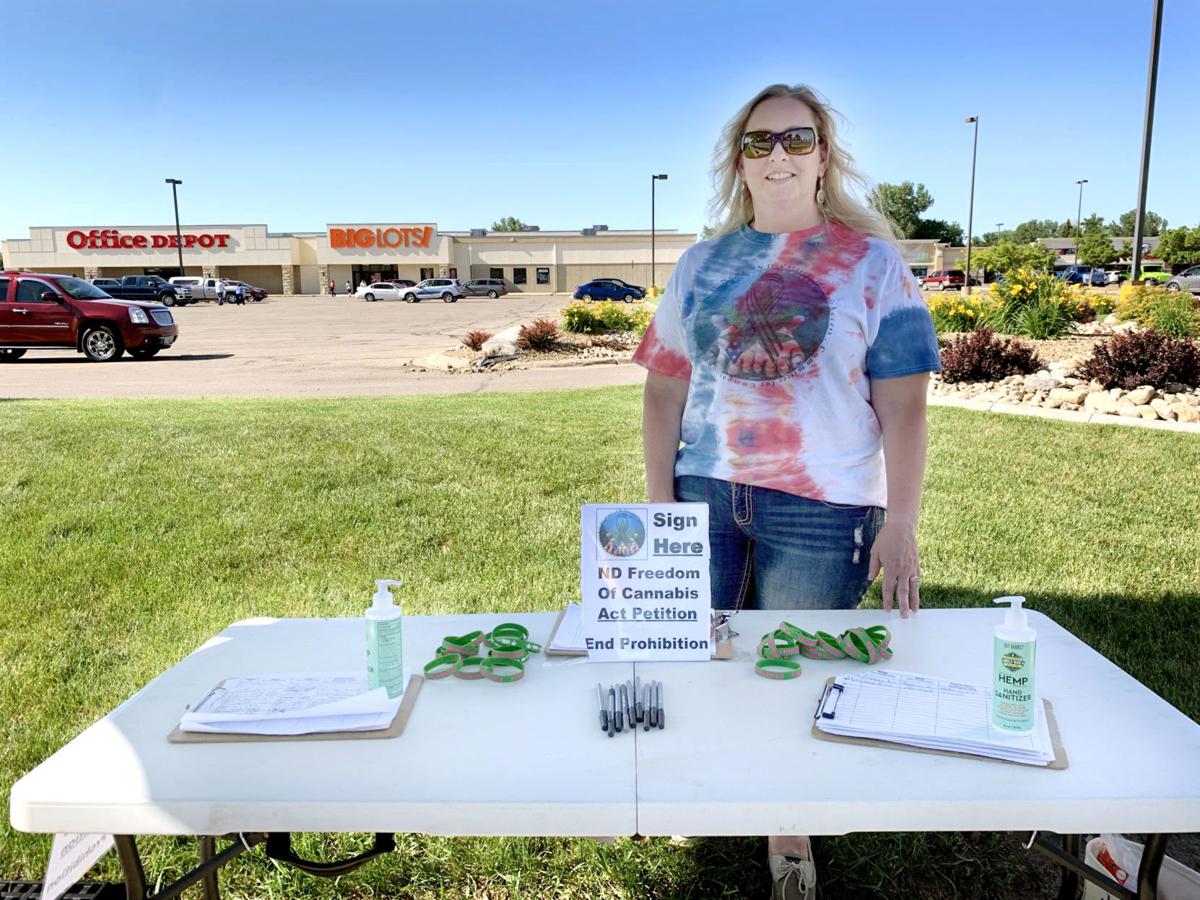 Jody Vetter gathered signatures Friday in Bismarck to propose a measure to legalize marijuana in North Dakota. Hand sanitizer was available and social distancing was encouraged. 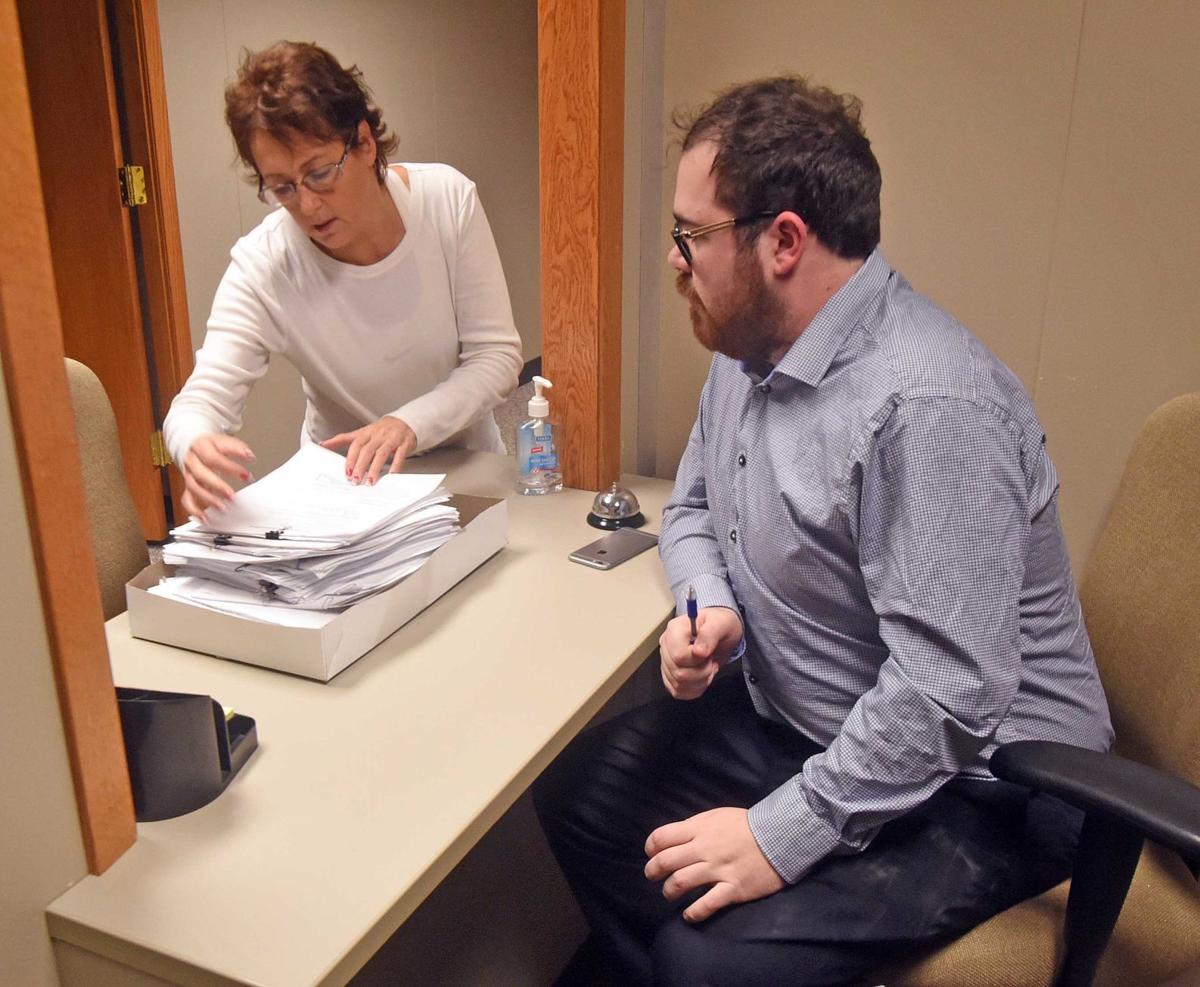 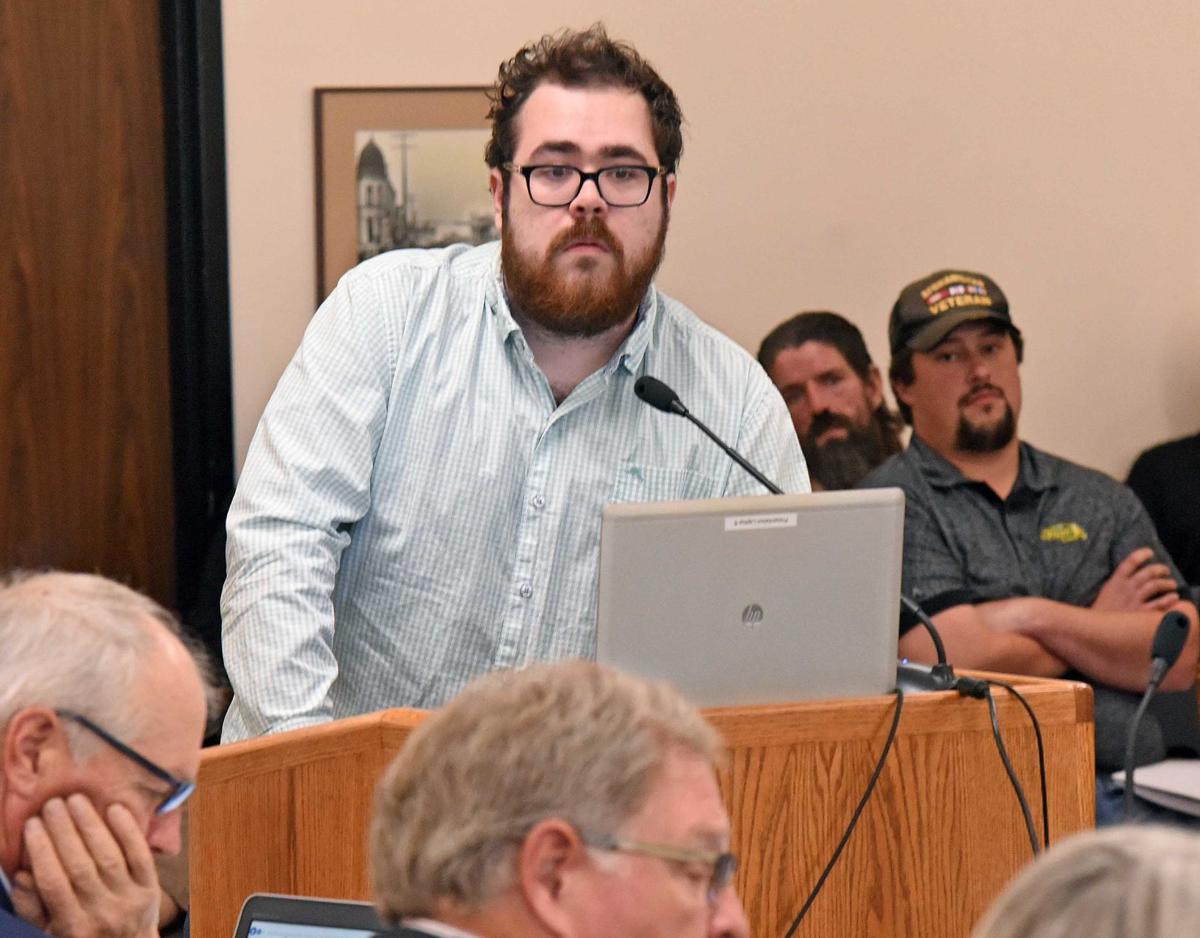 David Owen, chairman of Legalize ND, which hopes to get an initiated measure on the ballot to legalize recreational marijuana.

Petitions are due Monday for placing initiated measures on North Dakota's November ballot, but some groups are instead looking ahead to 2022 due to the coronavirus pandemic.

One group plans to submit signatures Monday morning to Secretary of State Al Jaeger. North Dakota Voters First is touting a constitutional initiative to enact sweeping election changes. Senior campaign adviser Amy Jacobson said petitioners were still gathering signatures Thursday, but "I know that we will have more than enough to submit on Monday."

'This one is just nuts': Candidates vying for office in a pandemic rethink campaigns

The group asked a federal judge to be allowed to gather online signatures because of the pandemic making it "impossible to comply" with the laws. The judge denied their request, noting their yearlong window to collect signatures, no stay-at-home orders and Gov. Doug Burgum's rollback of pandemic restrictions beginning May 1.

"That was successful," she said.

Two groups are looking to legalize marijuana, one through a statutory initiative, another through the Constitution. Both groups have shifted course to the next election cycle due to the pandemic.

Petitioners are still gathering signatures; they have a deadline of July 22, one year after Jaeger approved them for circulation.

"We're still shooting for that," Vetter said. Petitioners have collected signatures outside while practicing social distancing and providing hand sanitizer and fresh pens, she said. The group has done no indoor events or door-to-door petitioning, she added.

They need 26,904 valid signatures to make the ballot. Vetter estimated the group has 21,000 signatures. They have a goal of 30,000, to offset any unqualified signatures.

Legalize ND, the statutory initiative to legalize marijuana, decided this spring to pause amid the pandemic and shoot for the June 2022 election. Measure chairman Dave Owen said petitioners have 5,000 or 6,000 signatures out of 13,452 the group needs to appear on the ballot.

Owen said petitioners couldn't collect signatures "in good conscience" amid the pandemic. They strove for a "restart" in May, and did gather some signatures at the May 30 Black Lives Matter rally in Fargo and one or two other events. Petitioners might be at the Fargo Blues Festival if the event goes on, he said.

"If a second (coronavirus) wave hits, we may not even be able to do it for '22. We just don't know," Owen said. The group has a submission deadline of Dec. 16, one year after Jaeger approved the petition.

The April 9 COVID-19 death of longtime petitioner Ralph Muecke, of Gladstone, hit home, Owen said. Muecke, 75, was the second person in Stark County reported to have died with the respiratory disease.

"When that happened, all of the responsible measure committees kinda met and said, 'Let's stop,'" Owen said. "And we don't want to send our people back on the streets too soon."

The Legislature's interim Judiciary Committee is undertaking a study of the impacts of legalizing marijuana, with a report due this fall.

"As of February of this year, things were lined up perfectly for this to be the best thing ever for North Dakota, and then we had COVID and the temporary drop in oil prices, which was going to make it nearly impossible, so you just have to face facts and that's where it's at for now," Becker said.

He had "one important change" in the measure to resubmit it to Jaeger, just as the pandemic emerged in North Dakota. He did not elaborate on "the small change," which would require approval for a new measure.

He's open to pursuing the measure in 2022, rather than propose it to the 2021 Legislature, citing no appetite among lawmakers and tough budget decisions likely ahead.

North Dakota voters in November will determine two constitutional measures from the 2019 Legislature. One would increase the membership and term limits of North Dakota's State Board of Higher Education. The other would involve the Legislature in approving constitutional initiatives.

Supporters of a ballot measure to legalize marijuana in North Dakota are delaying their effort to the next election cycle.

It appears only one initiated measure will make North Dakota's November 2020 ballot.

Jody Vetter gathered signatures Friday in Bismarck to propose a measure to legalize marijuana in North Dakota. Hand sanitizer was available and social distancing was encouraged.

David Owen, chairman of Legalize ND, which hopes to get an initiated measure on the ballot to legalize recreational marijuana. 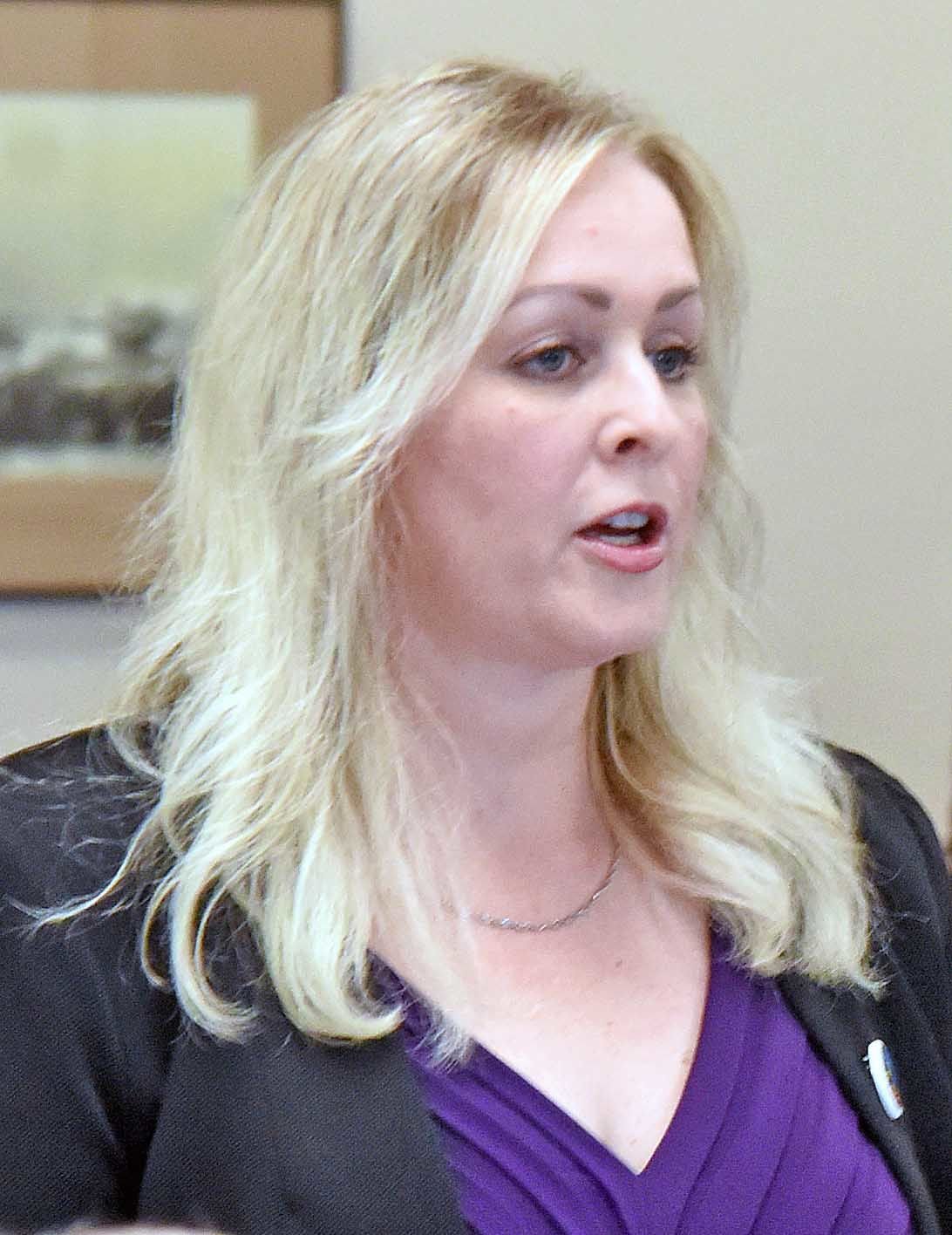 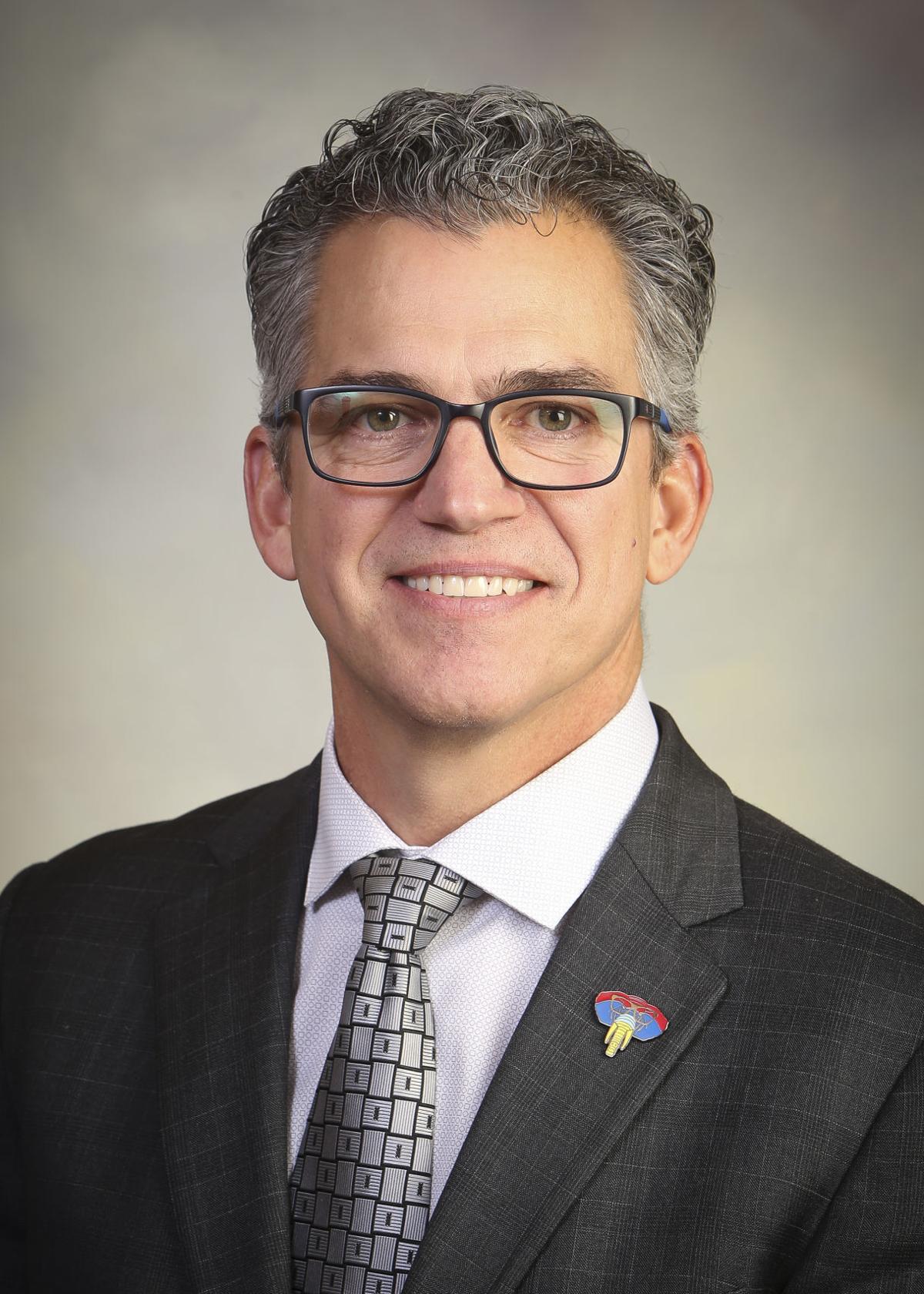