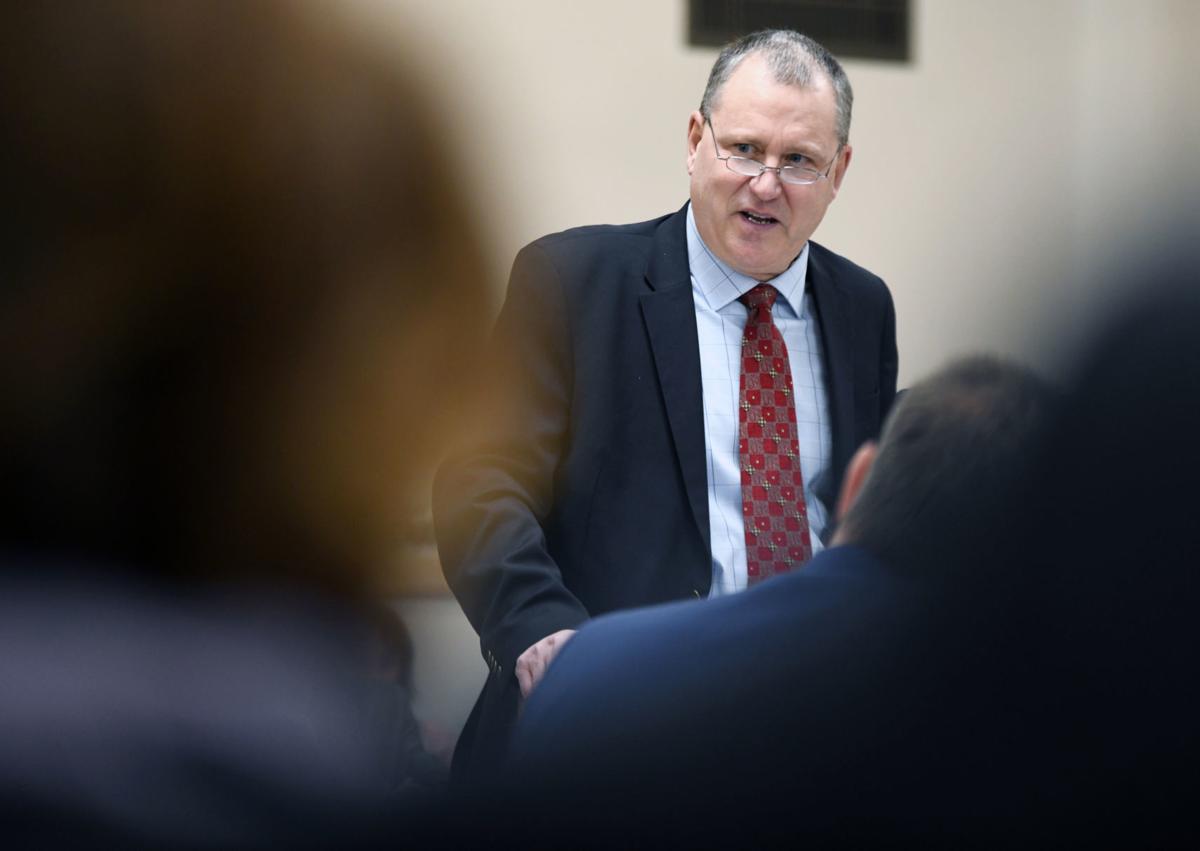 David Thiele, executive director of the North Dakota Ethics Commission, answers questions from members of the interim Judiciary Committee on Tuesday at the state Capitol in Bismarck. 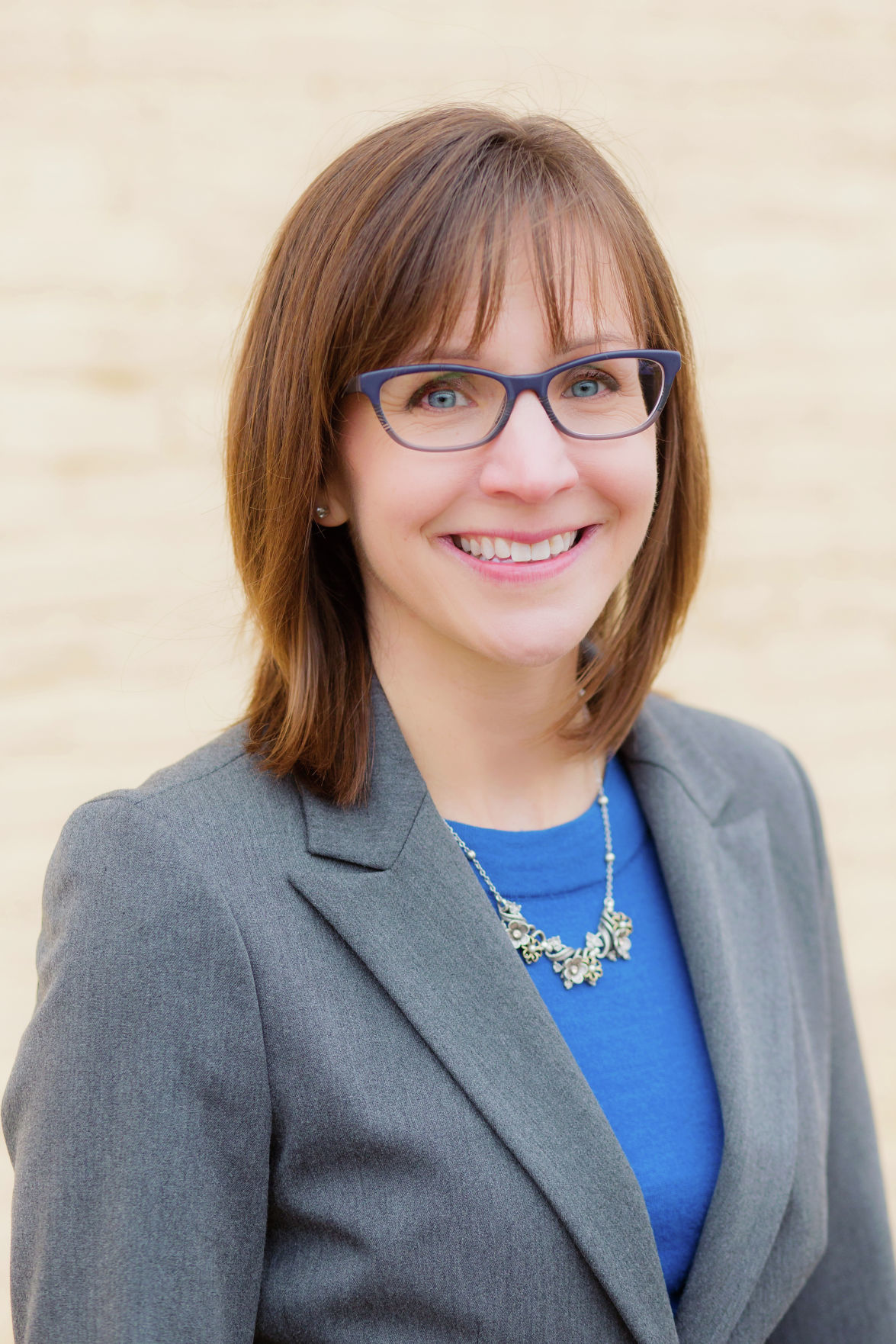 Rep. Karla Rose Hanson, D-Fargo, provided fellow members of the Legislature's interim Judiciary Committee on Tuesday with two bill drafts related to procedures and authority of North Dakota's new Ethics Commission and transparency in political spending. The committee is studying the 2018 ethics measure that bore the new five-person panel and other ethics mandates.

The committee did not discuss and took no action on the bill drafts. Rep. Lawrence Klemin, R-Bismarck, who chairs the committee, said it will meet three more times before the 2021 Legislature convenes. Bill drafts require review at two interim committee meetings.

The next Legislature could potentially consider the legislation Hanson proposed, if the committee approves resulting bills.

Hanson, who is seeking a second term, said her bill drafts are meant to resolve apparent conflicts between constitutional and new statutory language, such as authority of the Ethics Commission, and so-called "dark money" in elections, or secretive campaign contributions.

The bill drafts offer new statutory definitions, lay out recordkeeping and reporting elements of “the ultimate and true source of funds” and rewrite areas of state ethics law such as complaint procedures.

“So in other words, these changes prevent any kind of infringement of the constitutional authority of the Ethics Commission," Hanson told the committee.

Klemin said the committee at its next meeting in March will review Hanson's bill drafts after time to look them over.

Ethics Commission Chairman Ron Goodman, who is a retired judge, declined to comment on the bill drafts as he hadn't seen them.

"Clearly these things need to be resolved, and this will give everyone a chance to decide point for point and have it all in one place rather than one at a time," Chaffee told the Tribune.

The 2019 Legislature considered two competing bills to implement the Ethics Commission and passed Republican majority leaders' framework and a $517,000 two-year budget. A Democratic-NPL-sponsored bill was amended into a measure that bore the ongoing study.

The Judiciary Committee also heard from Ethics Commission Executive Director David Thiele, who updated lawmakers on the work of the commission, whose members were appointed by Gov. Doug Burgum and Senate leaders in August.

The commission has drafted a mission statement and code of ethics and is working to establish rules and a complaint process, Thiele said.

The board has so far rejected two complaints, citing a lack of jurisdiction.

The Ethics Commission next meets Feb. 20 in Bismarck.

The North Dakota Ethics Commission has now dismissed three complaints, all based on jurisdiction.

David Thiele, executive director of the North Dakota Ethics Commission, answers questions from members of the interim Judiciary Committee on Tuesday at the state Capitol in Bismarck. 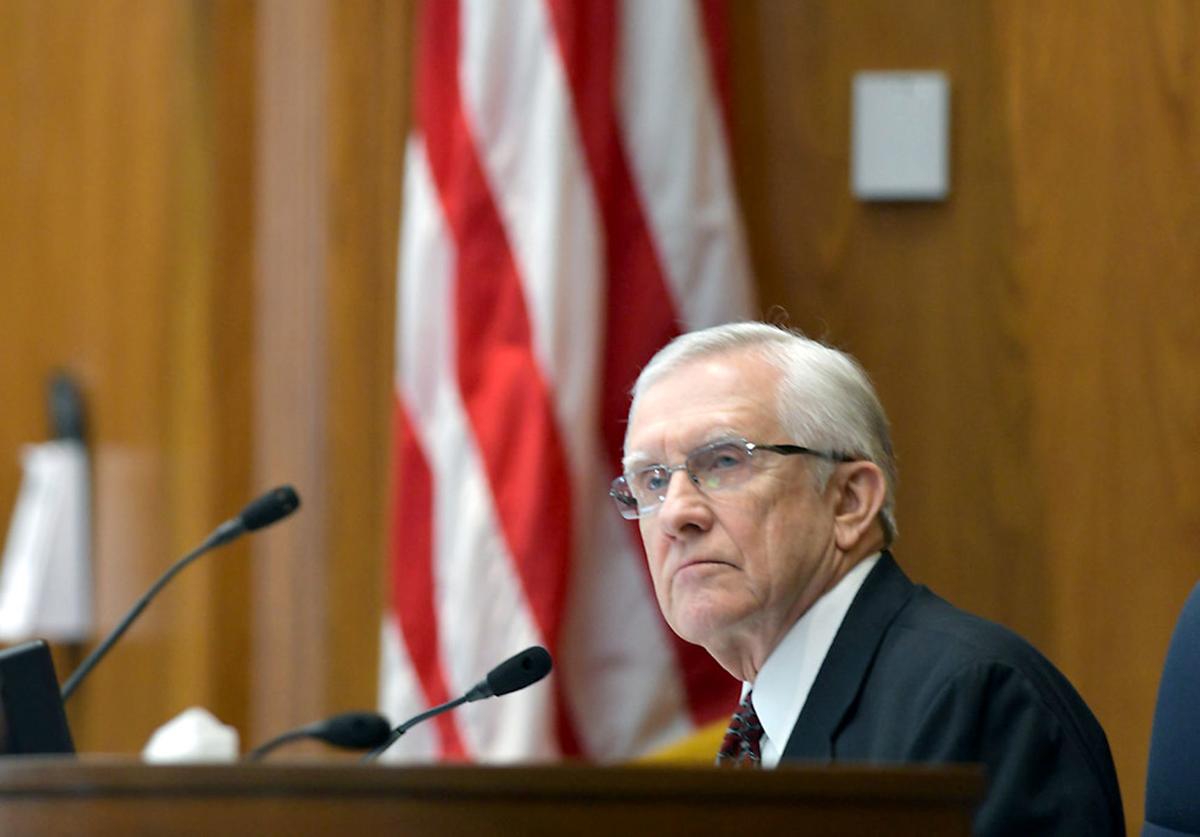