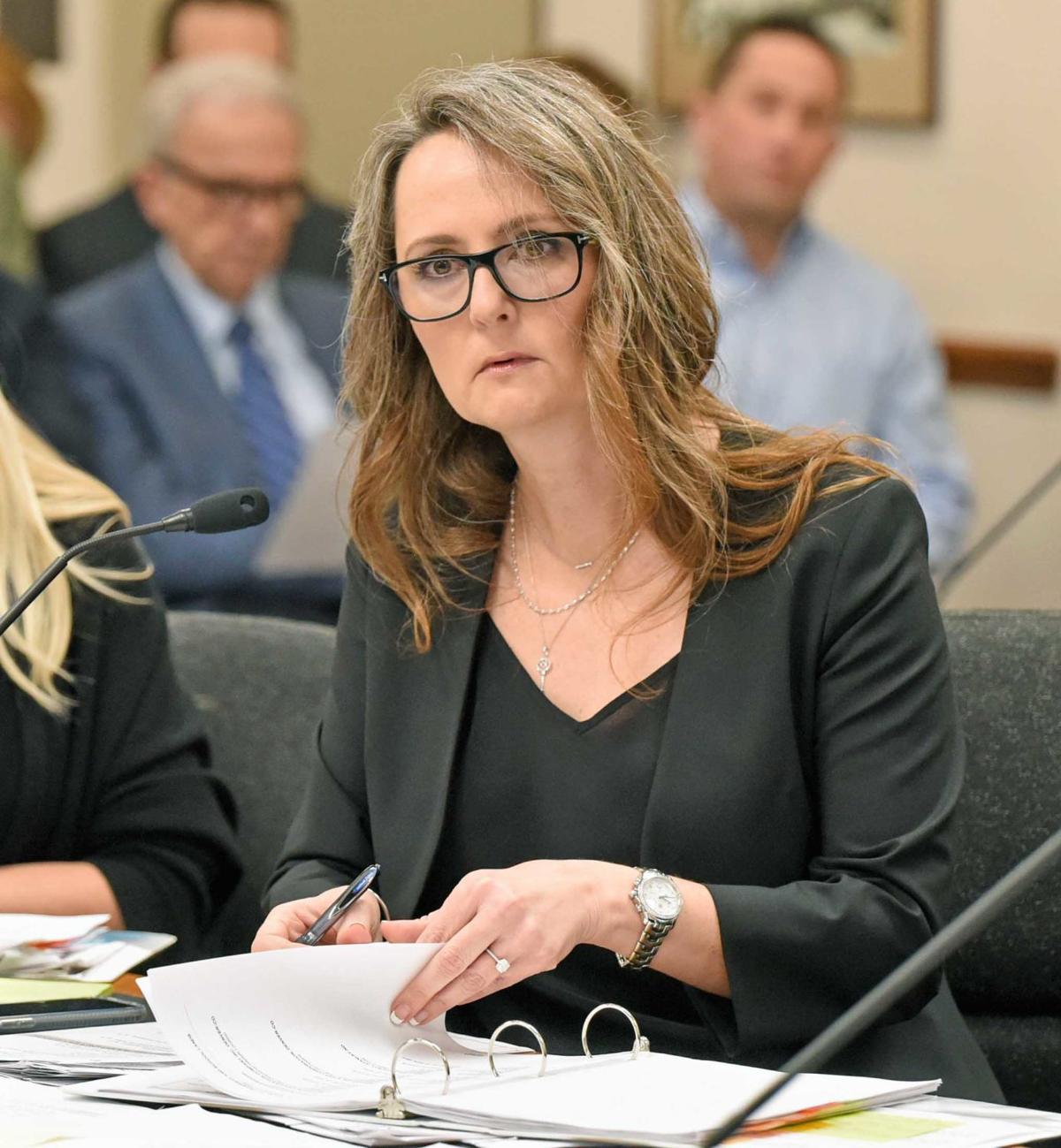 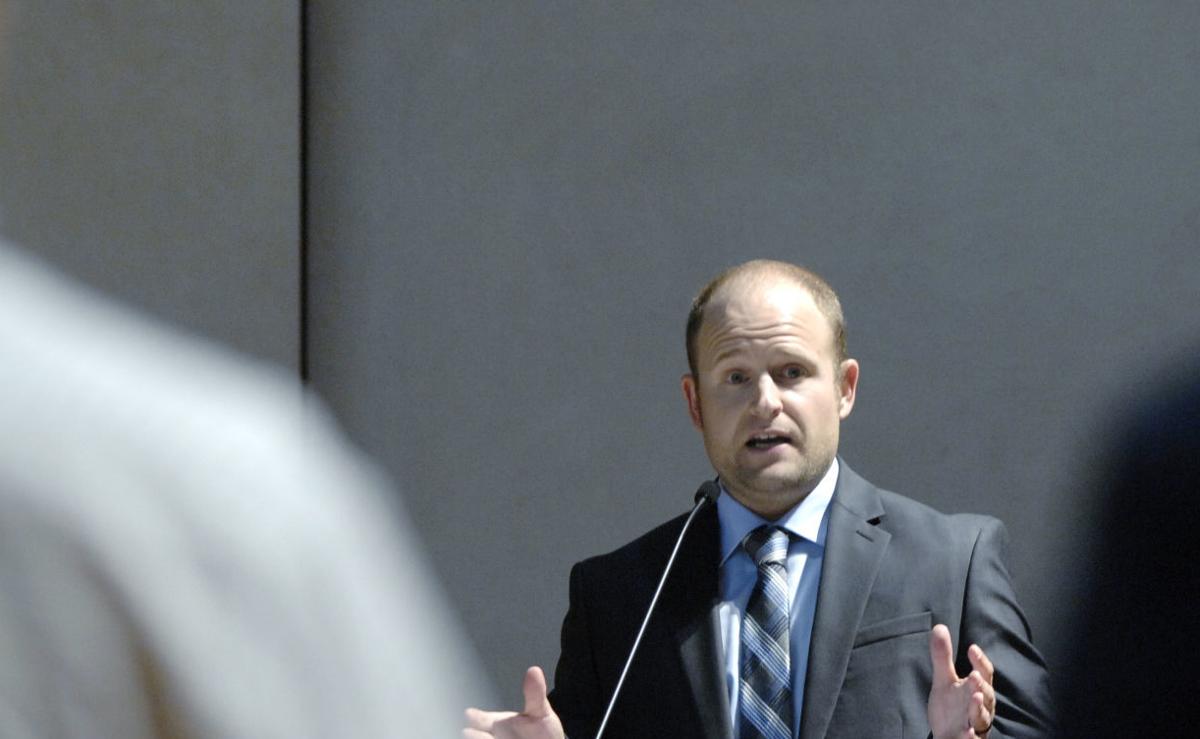 Josh Swanson, an attorney representing several families with mineral rights under Lake Sakakawea, testifies at an Industrial Commission public hearing in Bismarck in June involving the ordinary high water mark of the Missouri River before the construction of Garrison Dam and Lake Sakakawea.

North Dakota's Board of University and School Lands on Thursday adopted a new survey of mineral acreage adjustments of the historic Missouri River under Lake Sakakawea.

The unanimous adoption sets off a two-year deadline for someone to dispute the survey and for releasing money held in escrow. The state of North Dakota owns all minerals up to the ordinary high water mark of navigable bodies of water, including the Missouri River, which was dammed in 1953, creating the reservoir of Lake Sakakawea.

A year ago, the board of five state officials chaired by Gov. Doug Burgum contracted KLJ for $1 million to do the survey. KLJ essentially surveyed the river area along McKenzie, Williams and Mountrail counties, using historic documents and photos.

The 2017 and 2019 Legislatures passed laws aiming to resolve lakebed mineral ownership, which has been under litigation for years. North Dakota's Industrial Commission in 2018 adopted a survey that delineated the river's historic ordinary high water mark but didn't provide the information to make the acreage adjustments; hence, the supplemental survey by KLJ.

Now North Dakota's Department of Trust Lands will begin calculating acreage adjustments on a per-lease basis, with about 550 leases along the river.

Land Commissioner Jodi Smith said mineral owners should contact their attorney and operators "as soon as possible" regarding release of funds held in escrow at the Bank of North Dakota.

The first distribution could occur in October, but releasing all the money could take up to two years, "just because we have so many leases to correct," she said.

The department will work with oil and gas operators to review calculations to release funds to operators, who will ensure parcels' titles are clear before releasing the money to mineral owners.

"It's quite an extensive process for us to release those funds," Smith told the Tribune.

Two areas on the survey's extreme west and east ends require further review by the Industrial Commission due to incomplete boundary information from the 2018 delineation.

Smith said about $100 million is held in escrow for mineral owners, as well as $230 million held from a state fund for further repayments, if necessary.

Parallel to the delineation is one family's yearslong lawsuit over Missouri River mineral acres, which awaits a state Supreme Court ruling after arguments in April over the ownership.

It's unclear how the survey adoption might affect the lawsuit. Smith said it depends on the ruling. Wilkinson family attorney Josh Swanson said he hadn't yet seen the newly adopted survey but doesn't expect it will affect the lawsuit's disputed minerals.

Mineral owners might challenge the new survey "if the KLJ determinations decide that those acreages are now owned by the state," he told the Tribune.

It's unclear how North Dakota's 2021 Legislature will operate if the coronavirus pandemic persists, but state leaders have moved to ramp up re…

Morton County has entered into an agreement with Cass County that allows for federal reimbursement of costs incurred during emergencies.

Overall state revenues are running about 2% ahead of what the 2019 Legislature projected.

Josh Swanson, an attorney representing several families with mineral rights under Lake Sakakawea, testifies at an Industrial Commission public hearing in Bismarck in June involving the ordinary high water mark of the Missouri River before the construction of Garrison Dam and Lake Sakakawea.