North Dakota's commerce commissioner is stepping down, the second resignation within Gov. Doug Burgum's Cabinet announced in as many weeks.

Burgum's office on Monday said Commissioner Michelle Kommer is resigning effective Oct. 1 "to operate her own business." The office did not elaborate. Kommer told the Tribune that an opportunity arose to buy a company, and she jumped at it.

The governor appointed Kommer to the position in December 2018, following the October 2018 resignation of Jay Schuler, who apologized for sending an inappropriate email to commerce department staff. Kommer's annual salary is $166,456.

It was not her first Cabinet role. Burgum appointed her as the state's labor commissioner in December 2016, when he took office. Beginning in 2017, she served dually as executive director of Job Service North Dakota until her Commerce appointment.

Kommer has helped lead the state's business response amid the coronavirus pandemic, most recently overseeing the Economic Resiliency Grant program for businesses.

Governor appoints from within for new commerce commissioner

"I am enormously proud of the accomplishments of my team at the Department of Commerce, who put service before profit, prioritize the love of their state over other career options, and work tirelessly to help others be successful every day," Kommer wrote in her Aug. 21 resignation letter.

In an interview with the Tribune, Kommer said she has purchased a company that serves small businesses, but she couldn’t yet share its name or additional details.

Kommer said she was not looking for a new job, and that the opportunity sought her out. She made a four-year commitment to Burgum, which she said she and Burgum consider fulfilled.

“As has been my experience actually for the last couple decades, sometimes these things come up and you say ‘Wow, that’s exciting,’ and that’s how those happen,” Kommer said.

“I plan to finish strong,” completing Commerce preparations for the 2021 Legislature before her departure, she said.

Burgum in a statement said that "The many skills Michelle brought from the private sector, her quick adaptability to the workings of state government and her ability to lead by example have made her a valued member of the cabinet, and we wish her all the best as she becomes the newest entrepreneur in North Dakota."

She called the timing of her resignation “completely coincidental and completely not related” with Stahl’s. Stahl took over on June 1 from former State Health Officer Mylynn Tufte, who also quit.

Stahl, whose resignation is effective Aug. 31, had intended to return to his previous clinical practice at some point, and maintain his Medical Corps officer credentials, according to Burgum.

The governor has said a search is underway for Stahl's replacement. He hopes to have someone in the position Sept. 1.

Tufte resigned in May, saying "I feel it is time for me to return to the private sector," without expounding on her reasoning or her plans.

State Department of Corrections and Rehabilitation Director Leann Bertsch, another member of the governor's Cabinet, resigned days after Tufte, effective July 31, to take a new job in Utah. Dave Krabbenhoft is the department's interim director.

Burgum has appointed Deputy Commerce Commissioner Shawn Kessel as interim commerce commissioner until a permanent replacement is found. Kessel also served as interim in late 2018, before Kommer. A search for Kommer's successor will begin "in the near term," Burgum said.

Governor's spokesman Mike Nowatzki in comments to the Tribune regarding the Cabinet resignations said "Recruiting and retaining high-performing leaders and team members is always a challenge in government when trying to compete with the private sector, especially during a global pandemic that has presented unique and, at times, unprecedented challenges for these cabinet agencies.

"That’s why this administration has placed such a strong emphasis on succession planning and leadership training through our 'Leadership Everywhere' courses, to ensure there is capable leadership and continuity of operations throughout the organization for when change occurs," he said.

Kommer drew attention last fall when her department was the subject of a criminal investigation after a controversial state audit that found agency officials skirted public bid requirements in developing the new "Be Legendary" state logo and also mishandled appropriations.

The investigation found no grounds for criminal charges, but Kommer retained legal services, for which she sought state reimbursement last spring.

Kommer is an attorney who was chief administrative officer and general counsel for Western State Bank before her 2016 appointment.

North Dakota's outgoing commerce commissioner is the new owner of a business she likens to "a continuation of my current work."

Former state Commerce Commissioner Michelle Kommer has been denied reimbursement for nearly $10,000 in attorney fees for legal counsel she retained amid an investigation into her department. 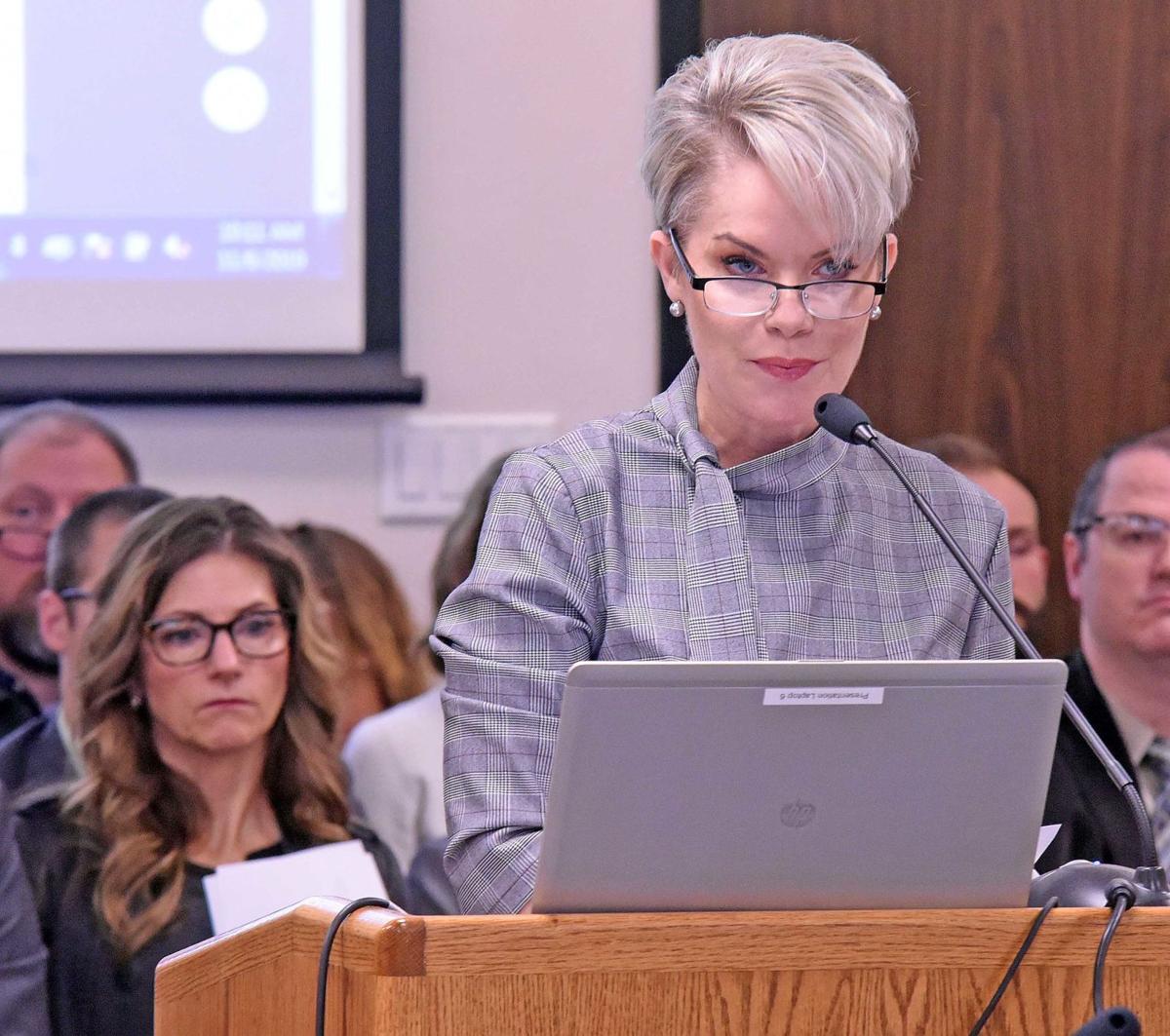