Fauci: US may see 'surge upon surge' of virus in weeks ahead

Measure 2 touted as way to fend off outside influence; opponents say measure is power grab
Share this
{{featured_button_text}}
1 of 3 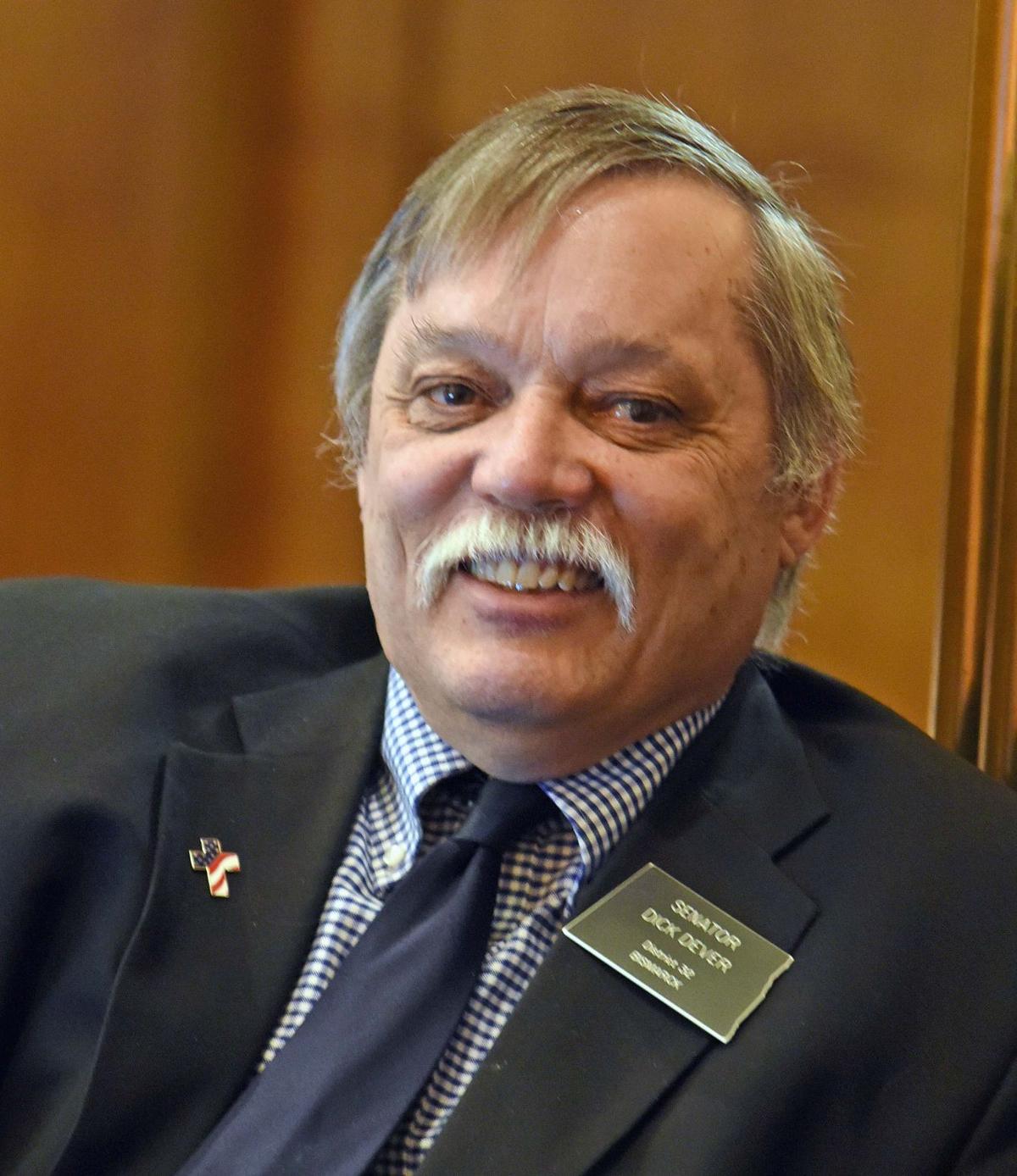 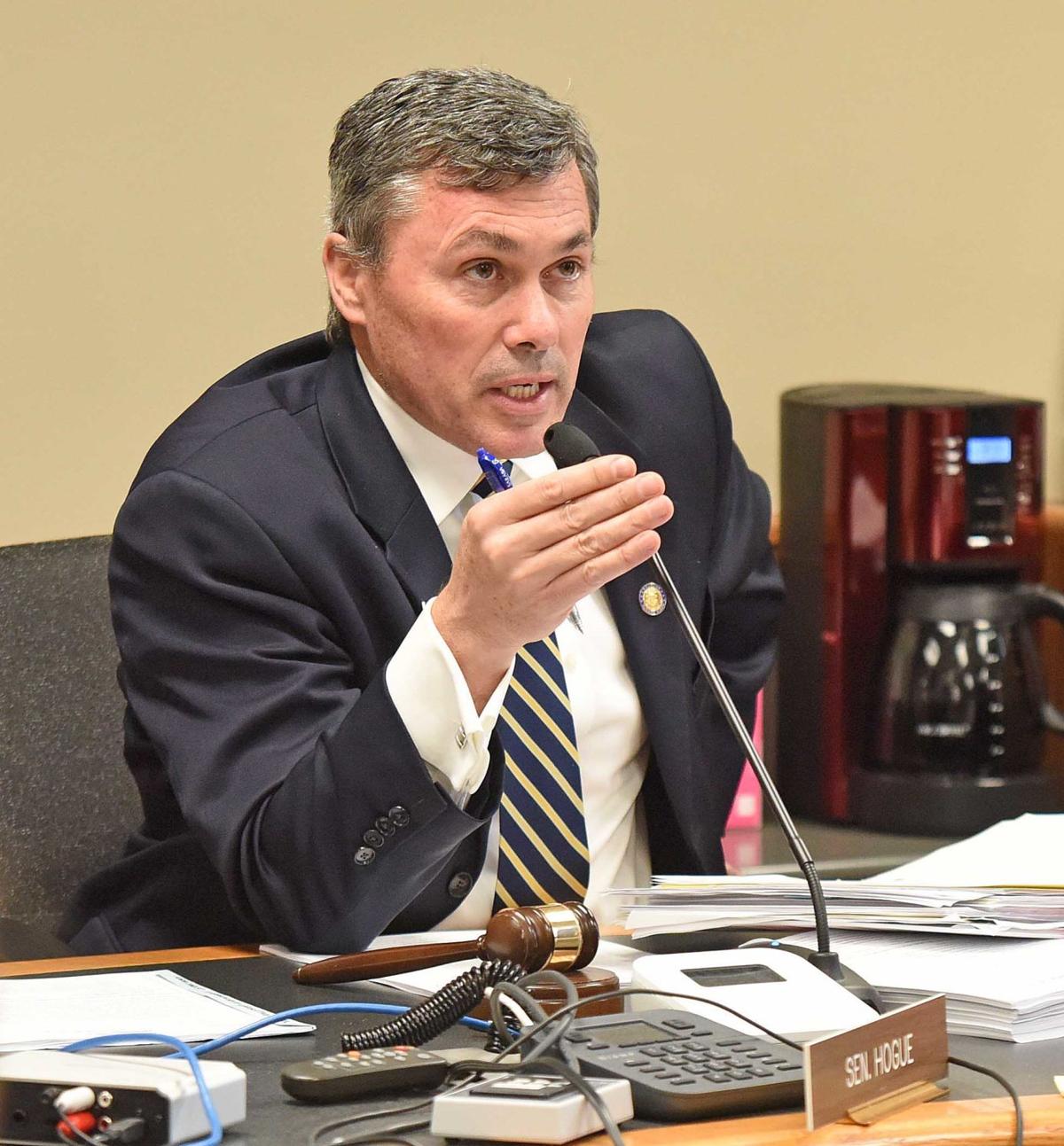 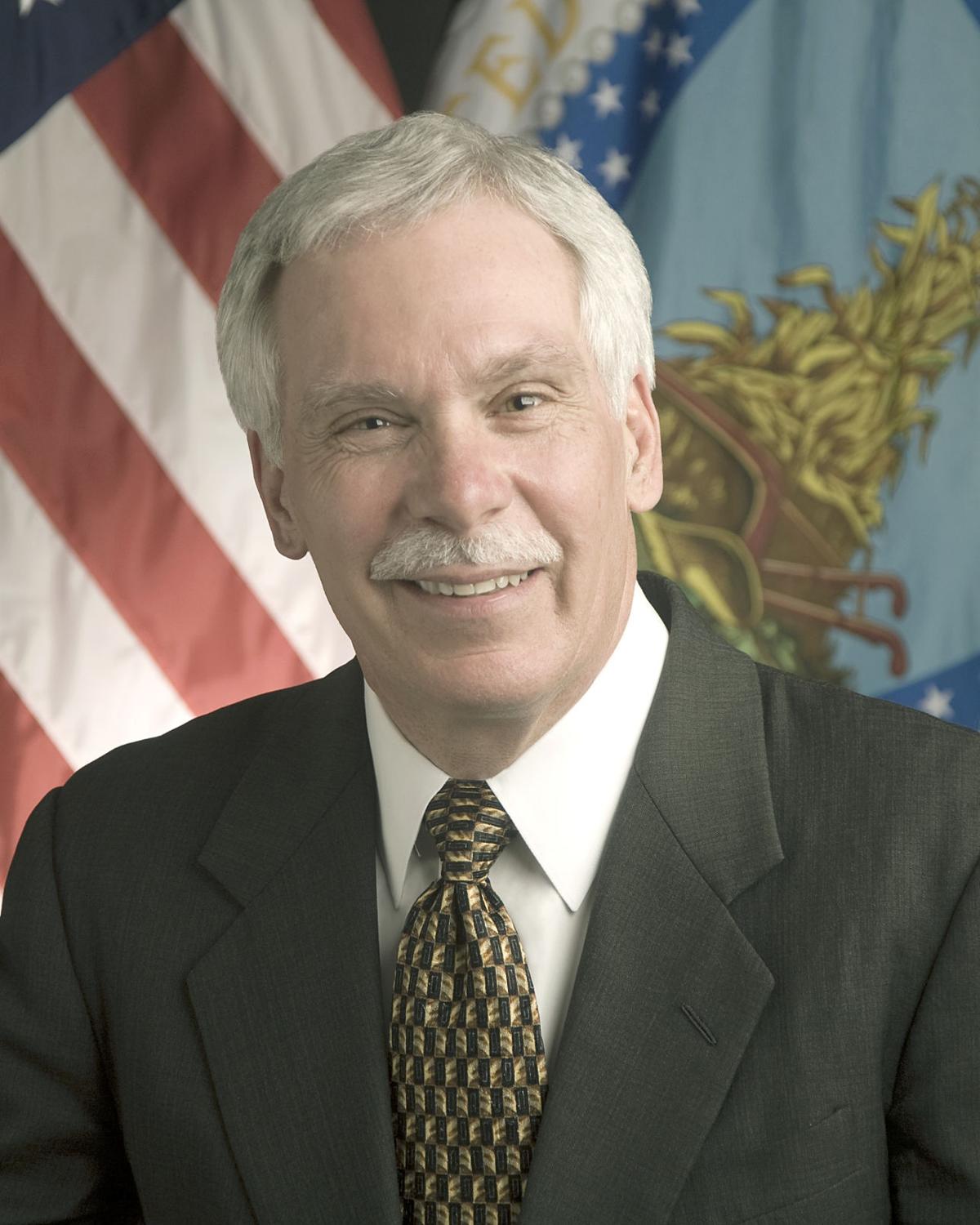 A constitutional measure on the general election ballot is lauded by backers as a simple way to keep out-of-state influences out of North Dakota, but opponents call it a power grab and a former governor sees it as a “bad piece of legislation.”

Measure 2 if passed would require that an initiative to amend the constitution be placed on the ballot only at the general election, which typically has a higher turnout then do primary elections. If approved by the voters, an amendment would move to the Legislature, where both the House and Senate would have to approve. If lawmakers rejected it, it would go back to the voters in the next general election for a final decision.

The push behind Measure 2 is “a systemic issue of out-of-state interests and money having grand ideas about how we in North Dakota govern ourselves and how we spend our own money,” said Sen. David Hogue, R-Minot, the prime sponsor. He wants to change what he believes is the state’s status as an easy mark for putting a constitutional measure before voters.

“It doesn’t take very much money to pay the signature gatherers and to get your constitutional measure on the ballot,” Hogue said. “Once you get it on the ballot, you’re able to spend additional resources to engage in a sound bite campaign that sounds appealing but rarely discloses what’s in the measure.”

“So it’s not a power grab in the sense that the people always have the last word. They always get to say what the constitution is, not the Legislature,” he said.

Others, like Sen. Erin Oban, D-Bismarck, agree that outside influences are an issue but disagree that Measure 2 will solve the problem. If the proposed changes are put into place, the state’s voters will have to work harder to get a measure passed, she said.

The state’s voters are smart enough to decide if a proposal is something they support or oppose, Oban said.

“It certainly puts more of a burden on the citizens," she said, adding that the people who initiate such measures would have to run a campaign "against the very people that they elect."

It’s a thought shared by former Republican Gov. Ed Schafer. Measure 2 creates a system that could force voters to campaign multiple times to amend the constitution -- once to get a measure passed by voters, a second time to get it through the Legislature, and possibly a third time to get another approval by voters if the Legislature votes it down. Additional money would be spent on lobbyists, advertising and for people to travel to Bismarck to testify, Schafer said.

“Now you’ve had the petition, now you’ve had the legislative action. Then if they defeat it you have to go back and try to override them,” Schafer said. “The people have to take three shots at this thing, which is unwieldy and a barrier to getting it done because you lose momentum and you lose initiative over time.”

A better solution, Schafer said, is transparency by pinpointing the source of money being spent on either side of an issue and making that information available to the public.

“I think we need to identify it in ads,” Schafer said. “An internet ad or a media ad, you have to identify the source of the funds.”

Measure 2 doesn’t solve the issue of outside influence and it’s clear that the legislative body is trying intercede in what the people say, Schafer said.

“I think it’s a bad piece of legislation,” he said.

Measure 2 is brief -- it appears on the ballot in its entirety -- and it’s simple, but some people don’t see it that way, said Sen. Dick Dever, R-Bismarck, a backer of the measure. He finds that frustrating.

“The process simply provides a vehicle or a venue for public hearings,” Dever said.

Legislators wouldn’t be able to kill a constitutional measure that the voters had passed, nor could they change it. Opponents have argued that it gives the Legislature veto power but a veto isn’t a bad thing because it doesn’t stop a bill, he said.

“It just says take another look at it and consider this other perspective,” Dever said. “That’s a positive thing in this kind of process.”

Dever said the passage of Marsy’s Law is an example of how outside influence can pass bad legislation. The organizers had the best intentions, he said, but the unintended consequences of the law would have been flushed out in a public hearing process.

Marsy's Law added more than a dozen crime victims' rights to the state's constitution, but it has been criticized by some who believe it has the potential to conflict with other constitutionally guaranteed rights, snarl the legal system and limit disclosure of information to the public.

The best argument for Measure 2 is Measure 3, which was removed from the ballot by the North Dakota Supreme Court, Hogue said. Measure 3 had six separate constitutional amendments within it but proponents sold it as a way to make it easier for veterans and members of the armed forces to vote, he said.

“That’s the way they pitched it. That’s the way they solicited signatures,” Hogue said, adding that the measure also proposed to eliminate half the members of the North Dakota House of Representatives and form a new legislative redistricting plan, and promoted ranked choice voting he termed “radical.”

“You can’t tell me there’s 100 people in North Dakota that could describe rank choice voting and how it works, but that’s what we were asked to do without any hearings or discussions, or whether the county auditors and secretary of state thought it was feasible,” Hogue said.

Measure 2 is “patterned after North Dakota,” Hogue said, and processes that were in place in the early years of statehood but have changed over the years. It applies only to constitutional initiated measures, not to measures that are intended to implement new statutes or amend existing ones.

“A constitutional amendment is the only thing these out-of-state folks are interested in,” Hogue said. “You never see them do a statutory initiated measure.” 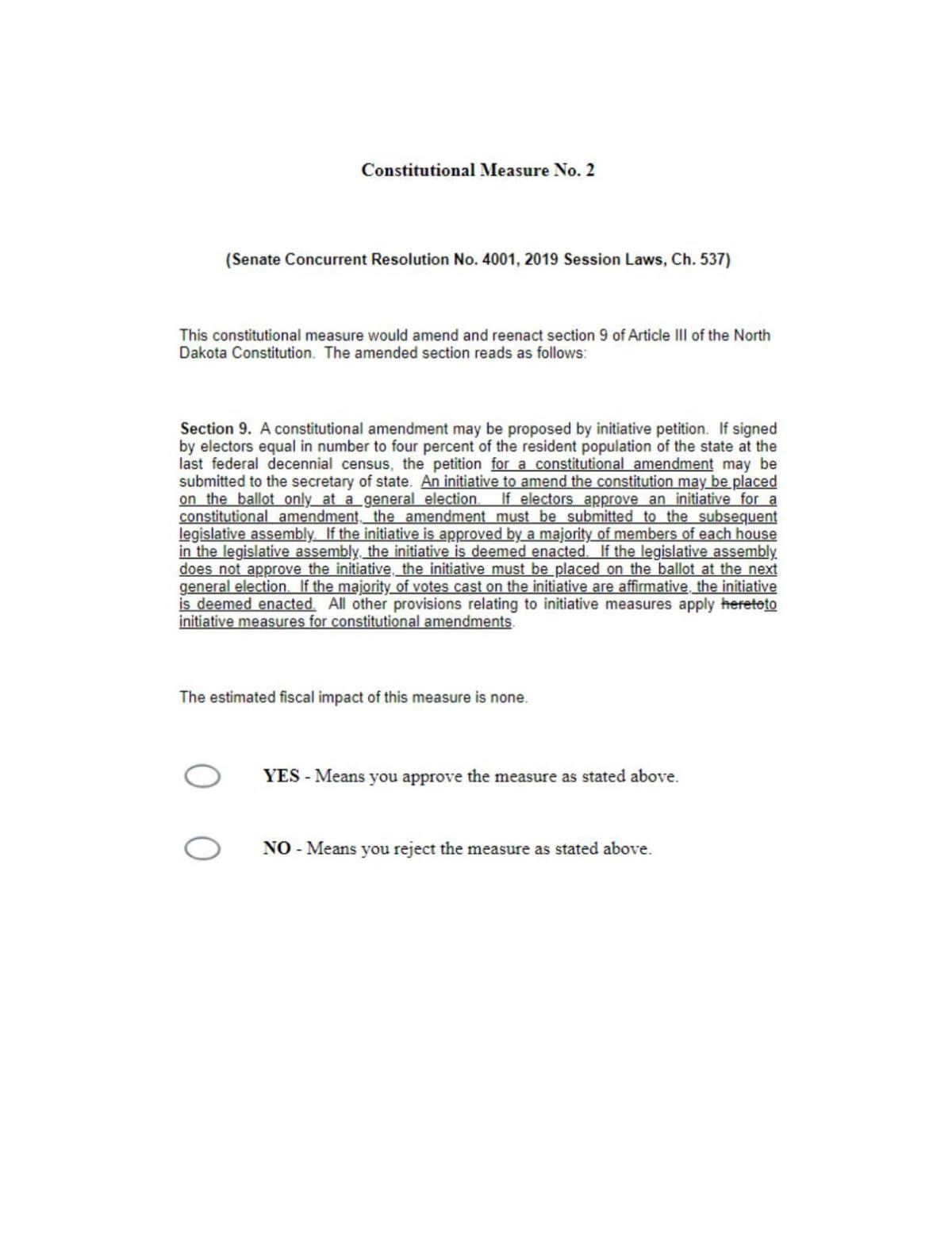 Recent votes in neighboring Montana and South Dakota for marijuana legalization might bode well for similar efforts in North Dakota.

North Dakota House Republicans on Wednesday unanimously reelected their leadership and nominated a longtime representative for the speaker position. 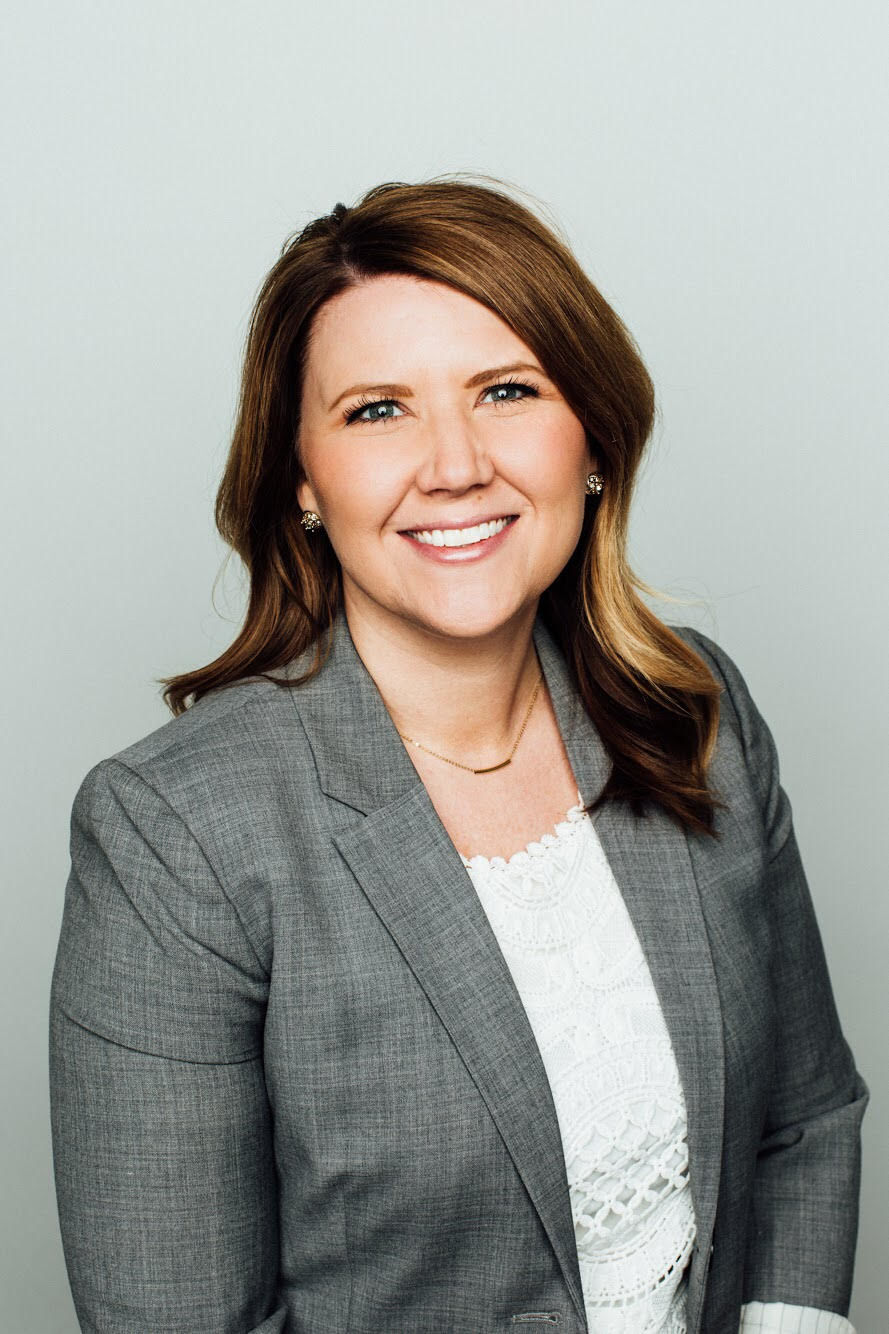