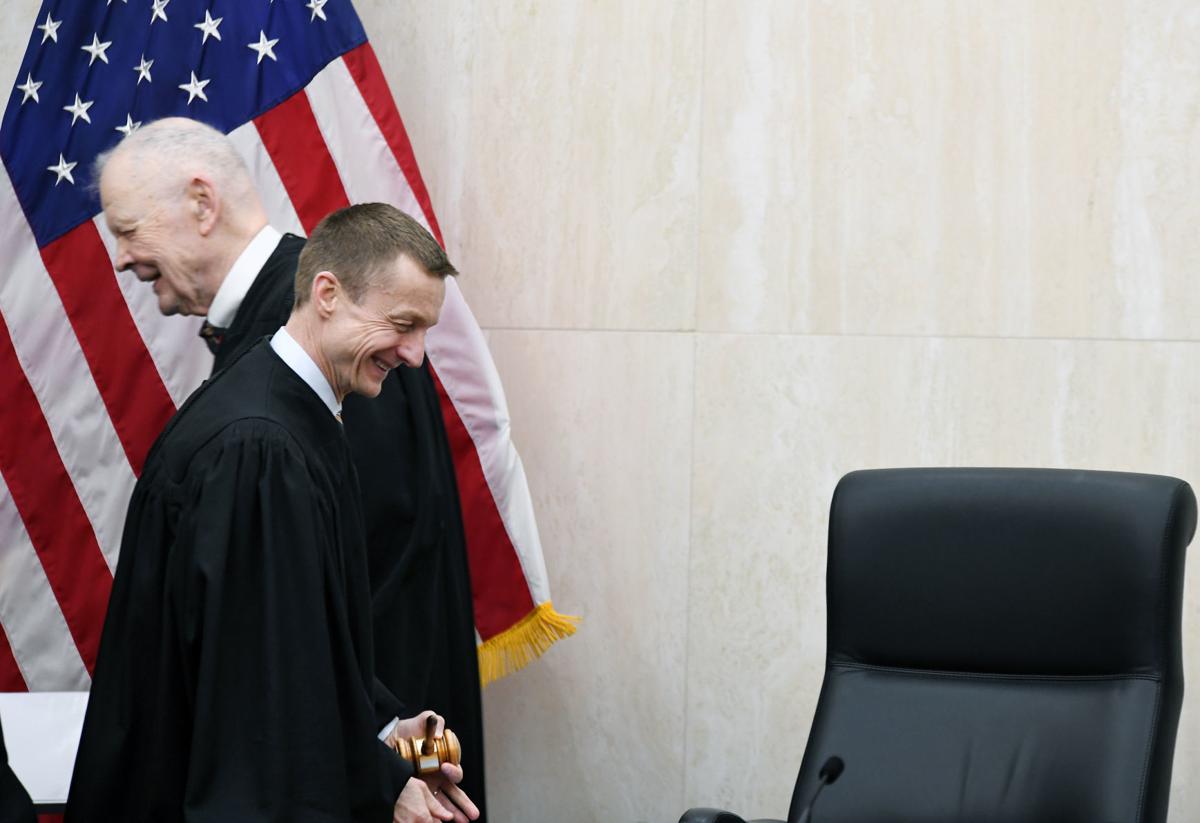 Newly selected North Dakota Supreme Court Chief Justice Jon Jensen, right, and former Chief Justice Gerald VandeWalle pass each other to exchange seats during the ceremonial "passing of the gavel" observance inside the court chambers at the state Capitol on Monday in Bismarck. VandeWalle will remain on the court but stepped back as chief justice after 27 years due to declining energy. "You have some big shoes to fill," Justice Lisa McEvers told Jensen and the crowded courtroom. "I hear it rumored (they are) size 15." Jensen claimed the center seat over McEvers in a runoff election by the justices and the state's district court judges. 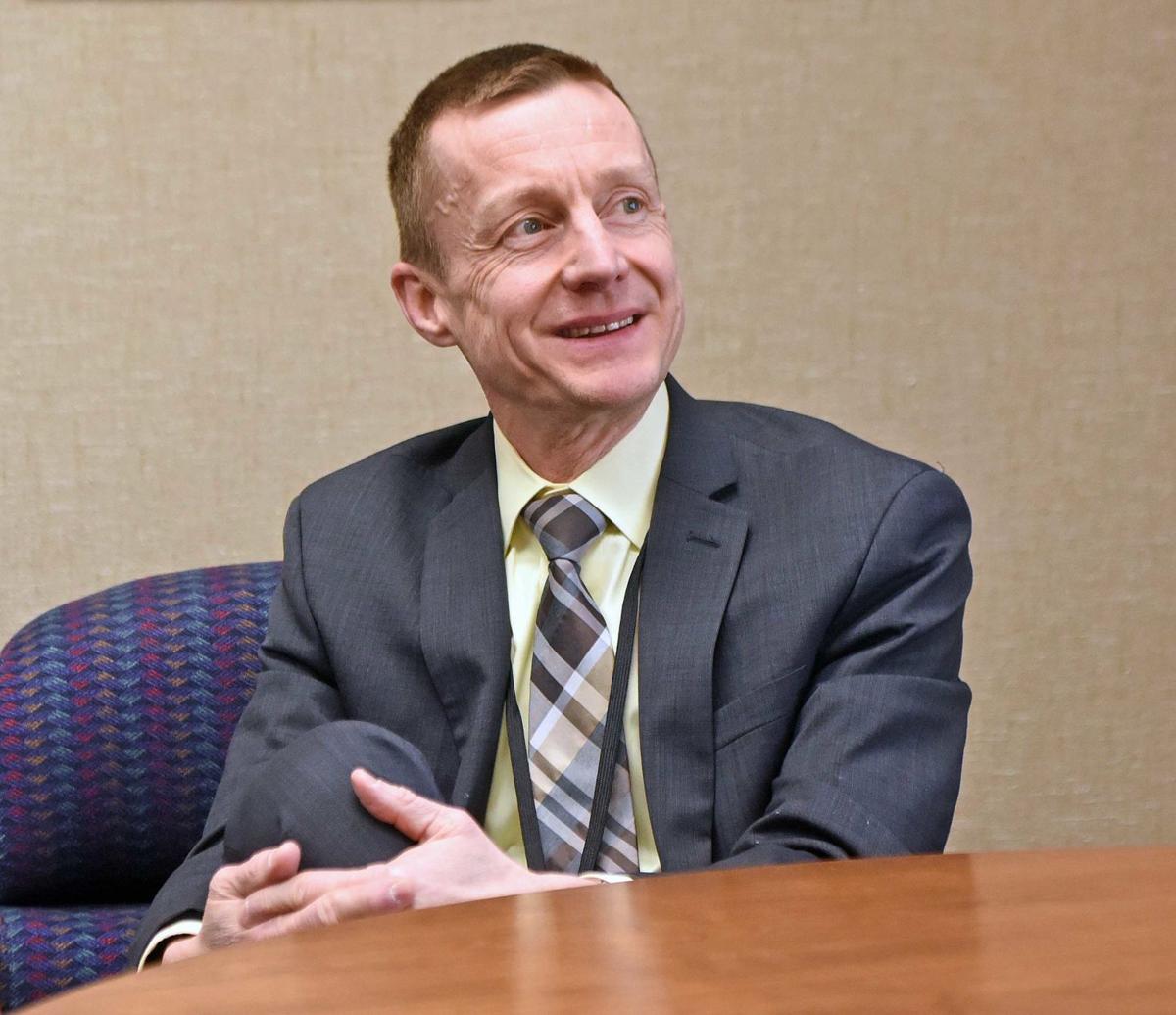 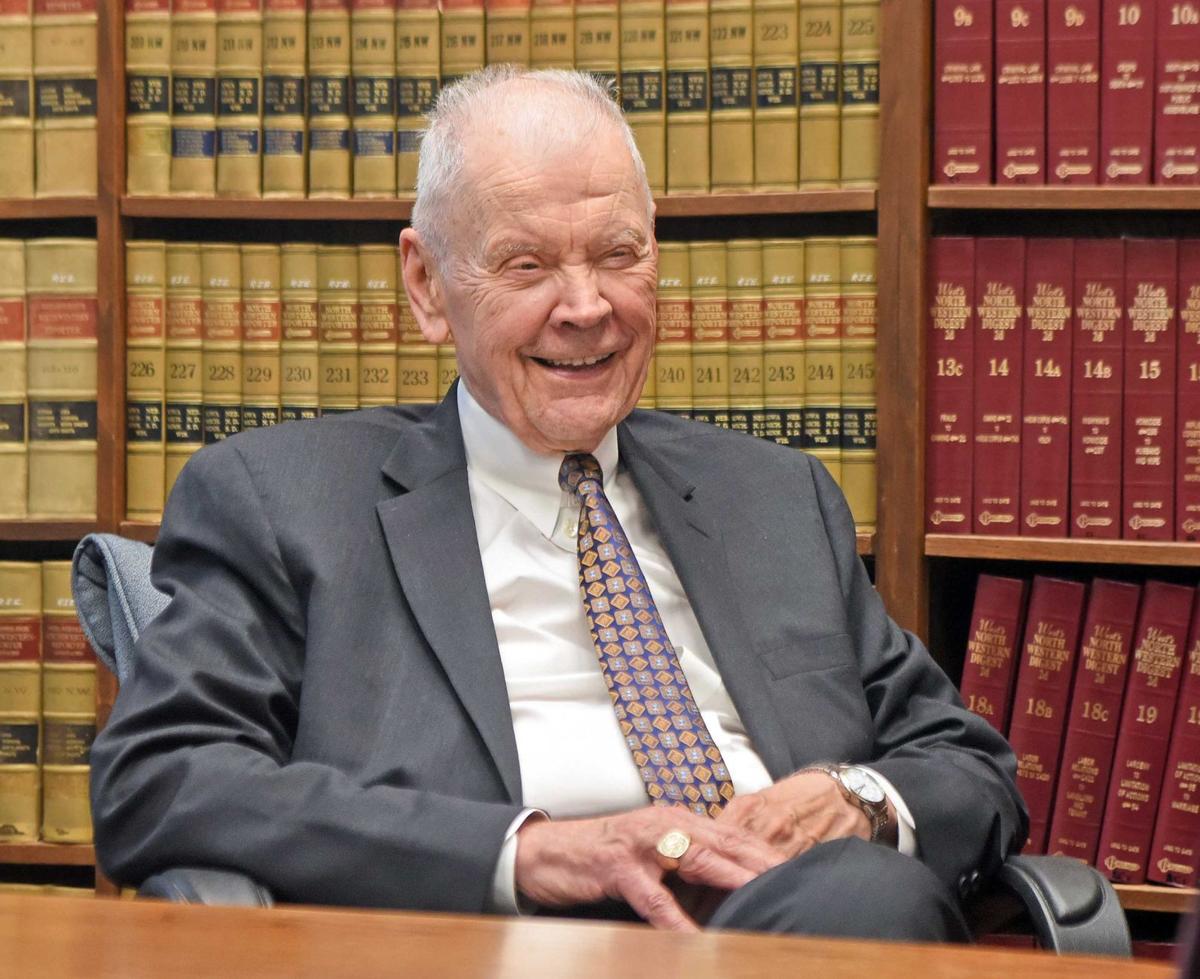 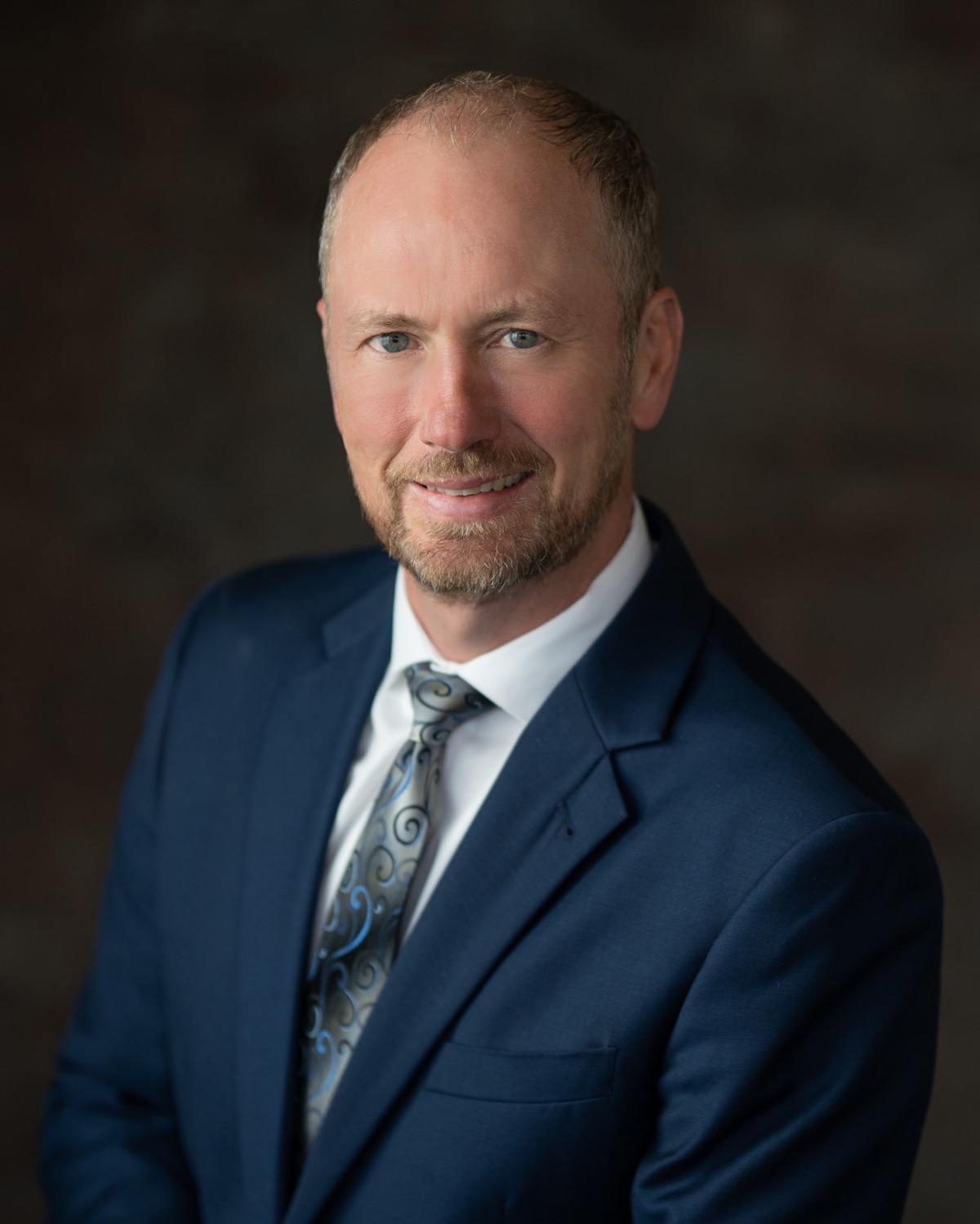 Jensen on Wednesday succeeded Chief Justice Gerald VandeWalle, who will remain on the court but stepped back after 27 years as chief due to declining energy. The state's judiciary in December elected Jensen as chief justice to lead the state's high court. A ceremony is set this morning to mark the transition.

Jensen said that from his career in private practice in Grand Forks to his years as a judge for the Northeast Central Judicial District, he has admired the quality of the state's court system and the roles he's been able to have as an advocate for clients and as a judge helping find "the solution."

Jensen, 54, credits his older brother, also an attorney, with sparking his interest in the legal profession. Jensen's undergraduate degree is in accounting, and he is a certified public accountant. He graduated in 1990 from the University of North Dakota School of Law. He was a law clerk for former Chief Justice Ralph Erickstad before entering private practice for more than 20 years.

As a young attorney, he practiced family law, personal injury, probate -- "anything that would get me into the courtroom," he said. His practice primarily focused on criminal and civil tax litigation.

He liked interacting with clients and helping them with problems. He misses that.

"Something that I found the most satisfying -- you never like to lose cases, but if you had an adverse result, a client that came up to you and expressed their appreciation even though the result was adverse, those are gratifying moments," Jensen said.

In 2013, Gov. Jack Dalrymple appointed the Grand Forks native to the bench of the Northeast Central Judicial District that encompasses Grand Forks and Nelson counties. Being a judge brought Jensen into the courtroom more often, where he liked watching attorneys -- especially good ones -- during trial.

"Not advocating" was a big difference between being a judge versus an attorney, he said.

"I think judges like to help people," Jensen said. "And I think you're no longer an advocate but you're in some ways finding the legal solution, but the solution."

As a judge, he discovered how much he loved to write. He became presiding judge of the district in 2015, taking on a more administrative role, which he found he enjoyed.

Judge Don Hager knows Jensen from their days as opposing attorneys. They came on the bench for the Northeast Central Judicial District within a year of each other, filling vacancies.

"He's one of those guys that can look at the law and to him it's black and white," Hager said. "Very structured person, very organized."

In 2017, Justice Carol Ronning Kapsner retired from the Supreme Court. Jensen applied to succeed her, and Gov. Doug Burgum appointed him from a nominating process. Jensen plans to run for a full 10-year term this year, when North Dakota voters will decide the seat.

Jensen has been "always professional" and "conscientious" as an attorney and judge, said Tony Weiler, executive director of the State Bar Association of North Dakota.

"(He) was a good district court judge, is a really good justice and I think he's going to be a very good chief," Weiler said.

Jensen said that when he arrived on the court, the volume of reading was greater than he expected, but so was the collegiality among the justices.

"I'm actually very surprised at how good it is, how collaborative the discussions are and how we can have productive disagreements and the next day not carry that through," he said.

As a previous judge, Jensen's understanding of the district courts will be beneficial, Hager said.

Among his first plans as chief justice, Jensen will visit North Dakota's eight judicial districts to hear from judges on potential improvements to the court system. He also plans to develop relationships with legislative leaders and other state officials.

"I think our state can look towards him spearheading, attacking inefficiencies in the court and getting the most bang for the buck for our Legislature," Hager said.

The chief justice is largely an administrative role, overseeing budget proposals and outlining priorities of the court system. It's also a ceremonial position. The chief justice presides over Supreme Court arguments and gives a state of the judiciary address to the biennial Legislature.

VandeWalle, 86, has served on the court since 1978 and is in the middle of a 10-year term. He will continue to carry a full workload as a justice.

Any one of the other justices would be "eminently qualified" to serve as chief, VandeWalle said. Justices Daniel Crothers and Lisa Fair McEvers offered their names.

"They all have different strengths," VandeWalle said.

Jensen will be the court's 44th chief justice but only the third since 1973, after Erickstad and VandeWalle.

"I think Justice Jensen will certainly carve out his own path," Weiler said.

Jensen and his wife, Linda Bata, live in Bismarck.

The passing of the gavel ceremony is set for 9 a.m. today in the Ralph J. Erickstad Courtroom at the North Dakota Supreme Court.

The newest member of the North Dakota Supreme Court will be its new chief justice.

Newly selected North Dakota Supreme Court Chief Justice Jon Jensen, right, and former Chief Justice Gerald VandeWalle pass each other to exchange seats during the ceremonial "passing of the gavel" observance inside the court chambers at the state Capitol on Monday in Bismarck. VandeWalle will remain on the court but stepped back as chief justice after 27 years due to declining energy. "You have some big shoes to fill," Justice Lisa McEvers told Jensen and the crowded courtroom. "I hear it rumored (they are) size 15." Jensen claimed the center seat over McEvers in a runoff election by the justices and the state's district court judges.