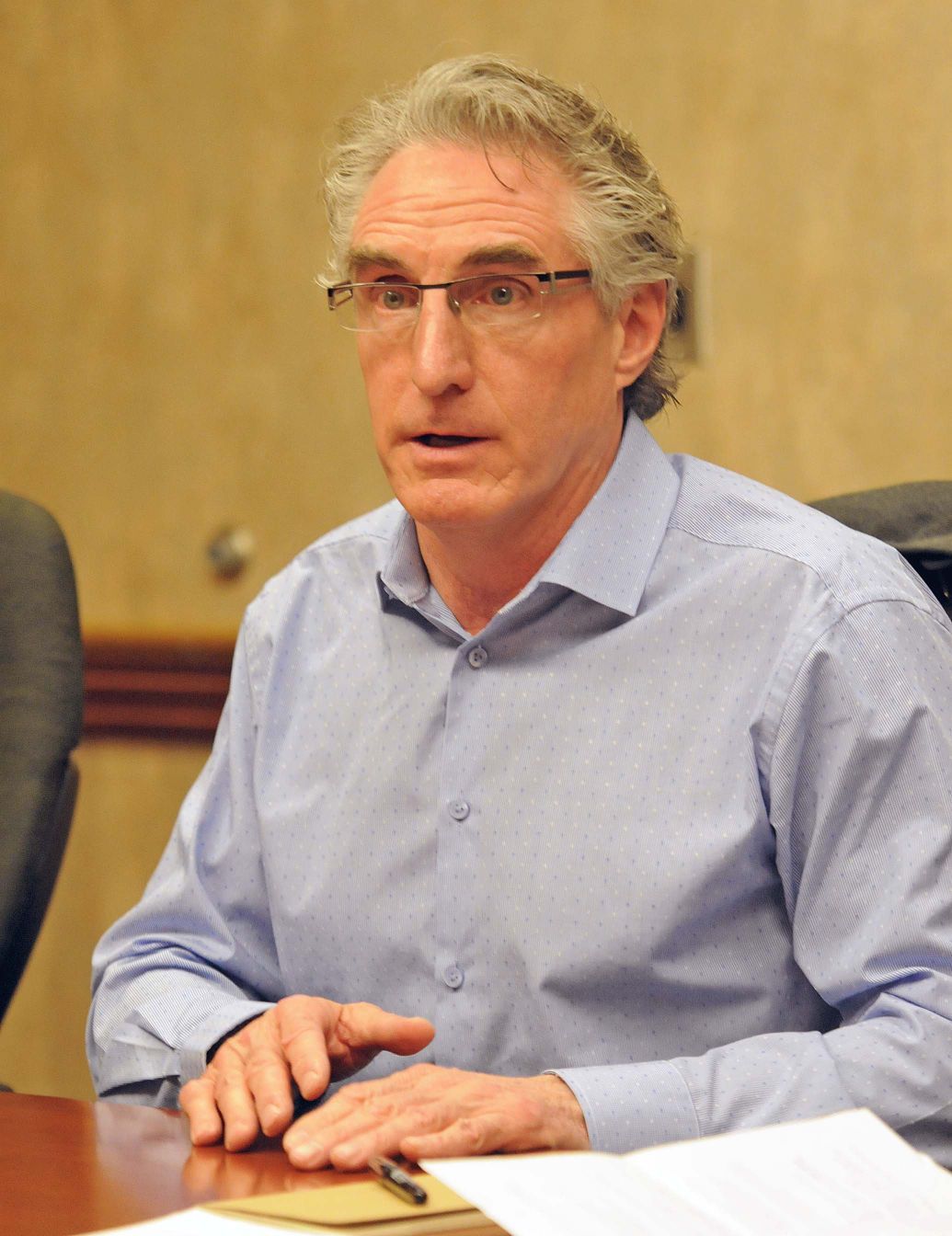 Doug Burgum, of Fargo, is a Republican candidate for governor of North Dakota. He proposes to run the state more like a corporation. 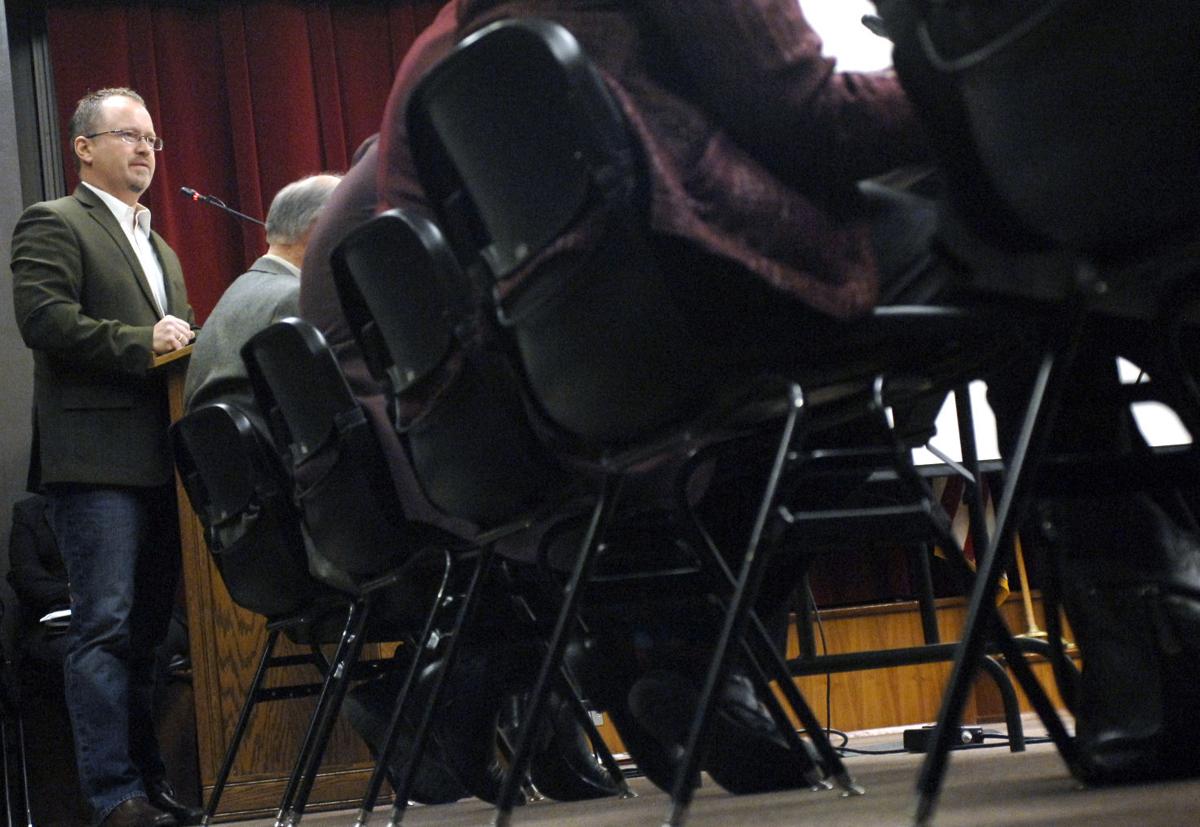 Watford City Mayor Brent Sanford, giving testimony at the Capitol in Bismarck in January 2015, is running for lieutenant governor on the ticket with gubernatorial candidate Doug Burgum. 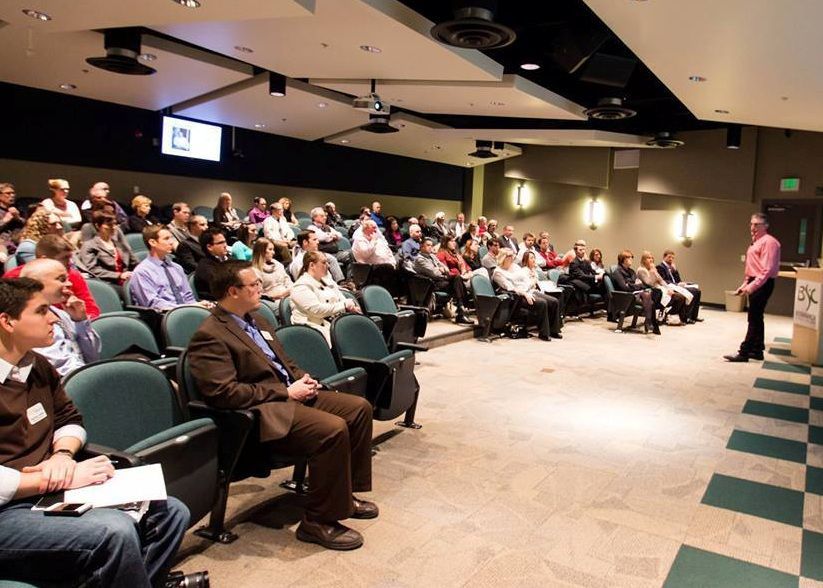 Members of Bismarck-Mandan Young Professionals Network listen to Doug Burgum in May 2015 during a roundtable discussion in Fargo.

Fargo businessman Doug Burgum is playing his candidacy for governor as a CEO might launch a new marketing plan — and voters are taking notice.

Burgum says he would change the political landscape by revamping what he calls an outdated government model and require daily budget updates as do most companies.

“The governor’s job is a CEO job,” Burgum, 59, said. “We’re in a downturn. We need someone who’s a game-changer, not a caretaker.”

The state is changing and needs someone with his executive experience as governor to guide the state through tough fiscal times and in a new direction, said Burgum, who has been waging an expensive primary campaign, blanketing the airwaves with advertising in an effort to topple Stenehjem.

“We need to reinvent how we budget. It’s disingenuous to say ‘we planned for this.' It rings so hollow to those out there on the receiving end of this," said Burgum, a native of Arthur, who has gone all-in to make his case to voters, with his recent pre-primary campaign finance report showing more than $960,000 in contributions. He’s also spent hundreds of thousands of dollars on advertising.

If elected governor, he will be looking at the state's $1.074 billion projected budget shortfall for the current biennium that is being made up primarily through budget cuts and use of rainy day funds.

Despite the economic situation, Burgum says he is optimistic about the future. With the right push, the state can apply new technologies and approaches to government and become leaders in areas including health care and education, according to Burgum.

“I’ve more excited than ever about the future of North Dakota. We have an incredible opportunity to redefine our future,” said Burgum, who pointed to a report released by the U.S. Bureau of Labor Statistics that shows North Dakota's economy has shed 17,600 jobs since April 2015 — more than any other state in the country.

“Whether or not status quo politicians want to acknowledge it, our economy is changing, and thousands of families across North Dakota are feeling the effects," said Burgum, citing North Dakota as one of two states in the country to experience a statistically significant increase in unemployment. "Now more than ever, North Dakota needs to be represented by business leaders with the private sector experience to diversify our economy and get us back on the right track."

In 1983, he joined Great Plains Software. When crisscrossing the state, he often tells the story of how he “bet the family farm,” providing the seed capital for the business.

As chairman and CEO, the company grew and, in 2001, it was sold to Microsoft for $1.1 billion. He served as a senior vice president for Microsoft until 2007.

In 2006, he founded the Kilbourne Group, which works to redevelop downtown Fargo, and, in 2008, he co-founded the venture capital company Arthur Ventures.

This background makes him the one most capable of addressing the state’s fiscal downturn, according to Burgum.

Burgum has taken flak from the Stenehjem campaign for his involvement in angel fund tax credits, some of which were used for out-of-state investments. The use of the tax credits was within lawful guidelines, which lawmakers have been studying this interim and consider to be lax and in need of tightening.

“This is in my mind a great program that is highly politicized,” said Burgum, adding that he doesn’t believe it would have taken such a political bent if not for the gubernatorial campaign.

The North Dakota angel fund investment tax credit is available to all income taxpayers. A taxpayer can claim 45 percent of the amount to each angel fund each taxable year, capped at $45,000 per year with a lifetime limit of $500,000 in credits.

Criteria for being granted the credit includes that an angel fund must be organized with the intent of investing in at least three primary-sector non-publicly traded businesses with strong growth potential.

This week The Bismarck Tribune looks at Doug Burgum, one of three Republican candidates seeking the party's endorsement. On May 29, this page will feature Paul Sorum, a Bismarck business consultant, and, on June 5, Attorney General Wayne Stenehjem will be featured.

“The governor’s job is a CEO job. We’re in a downturn. We need someone who’s a game-changer, not a caretaker.”

Burleigh County and the city of Bismarck will hold public hearings for their 2022 budgets this week.

Doug Burgum, of Fargo, is a Republican candidate for governor of North Dakota. He proposes to run the state more like a corporation.

Watford City Mayor Brent Sanford, giving testimony at the Capitol in Bismarck in January 2015, is running for lieutenant governor on the ticket with gubernatorial candidate Doug Burgum.

Members of Bismarck-Mandan Young Professionals Network listen to Doug Burgum in May 2015 during a roundtable discussion in Fargo.