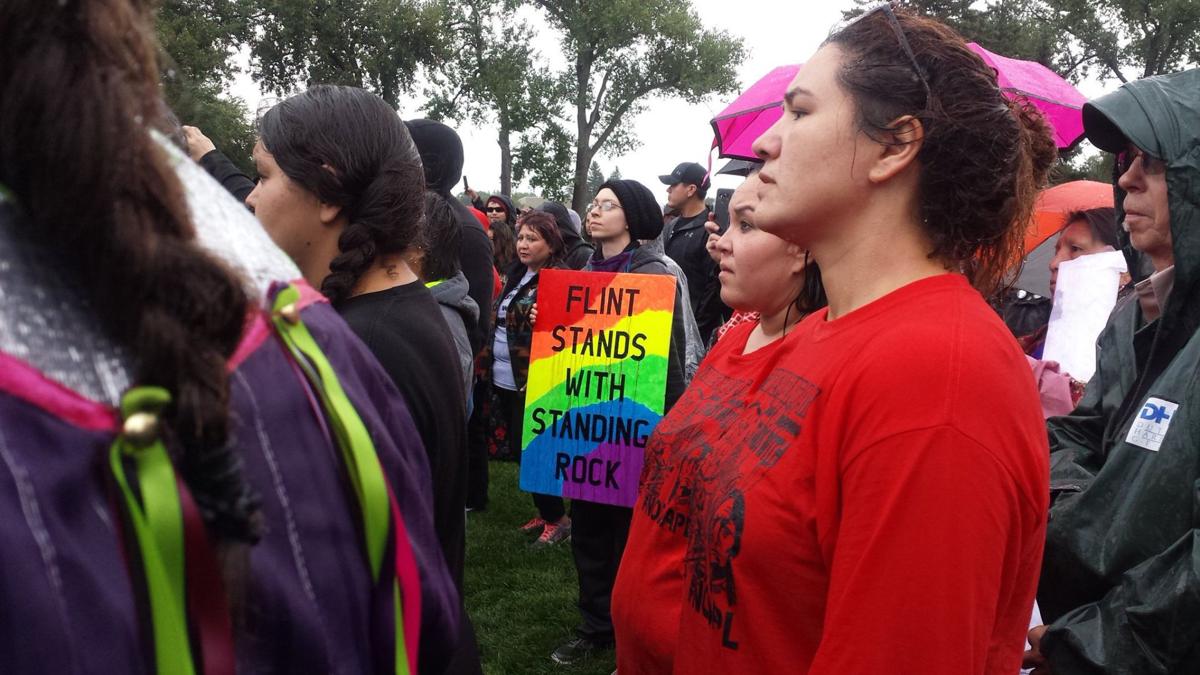 Protesters, including some from Flint, Mich., rallied Friday against the Dakota Access Pipeline construction. 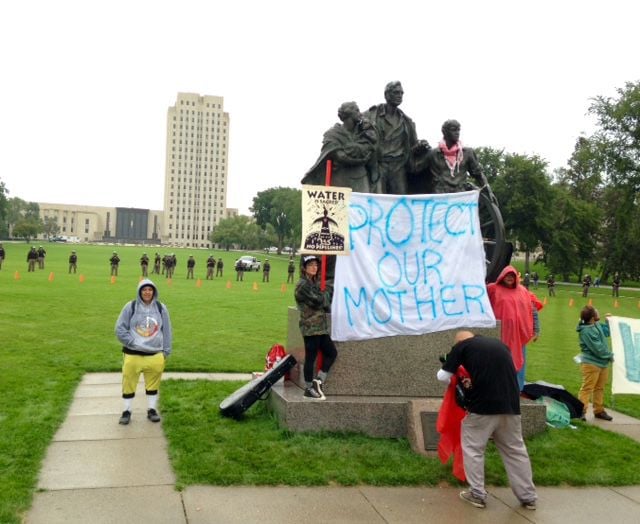 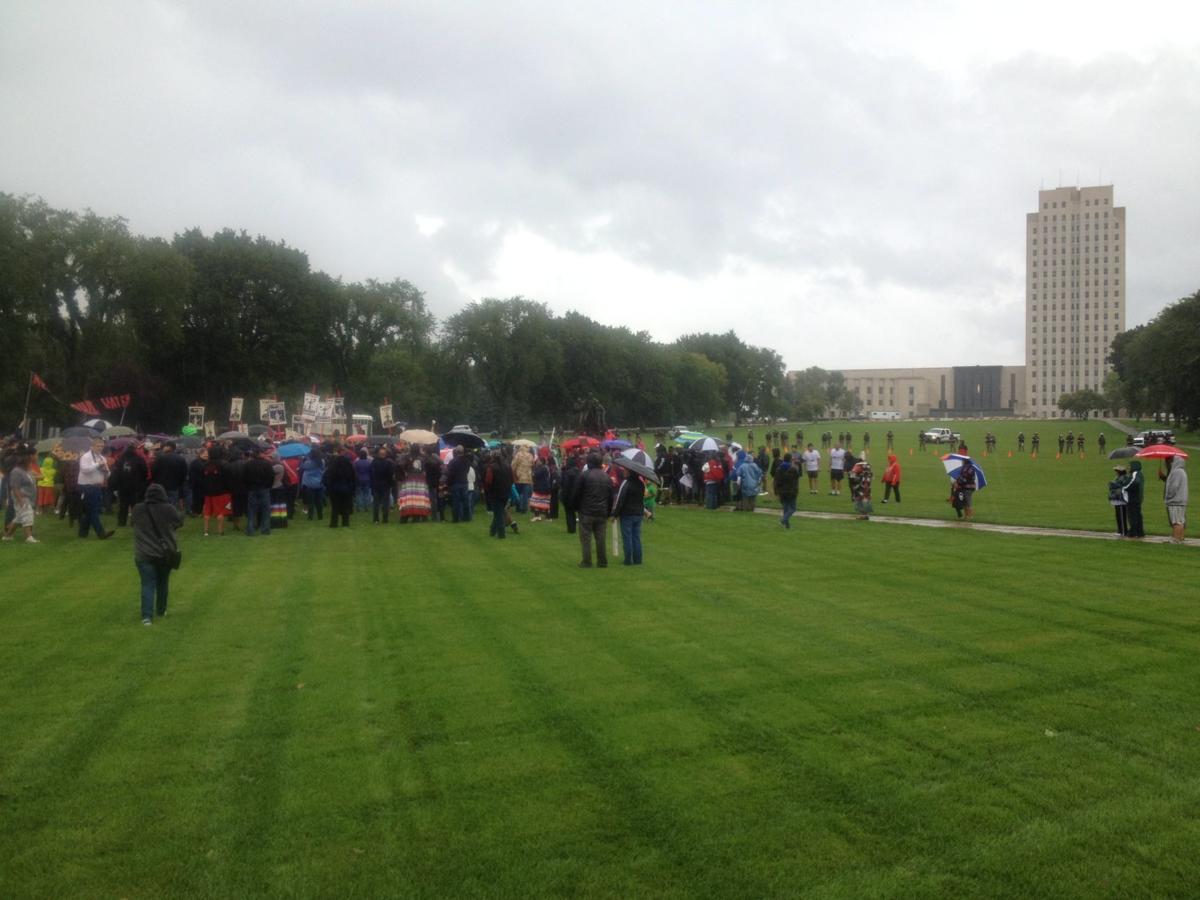 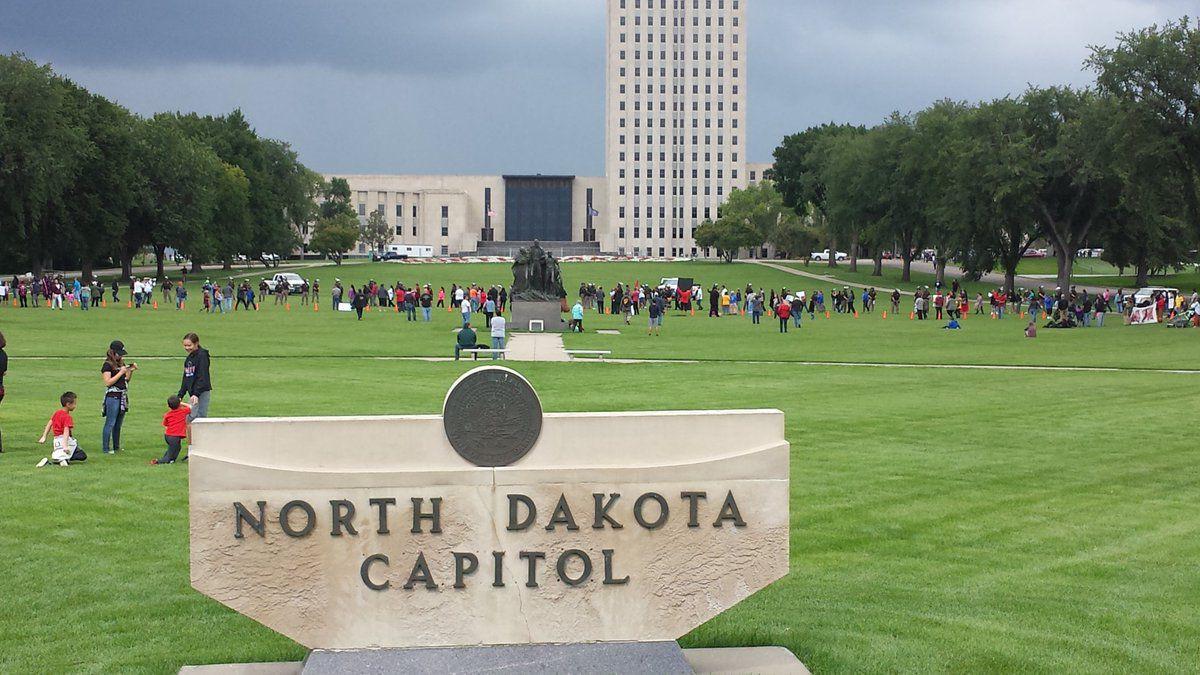 A crowd has gathered at the Capitol mall to rally against construction of an oil pipeline. 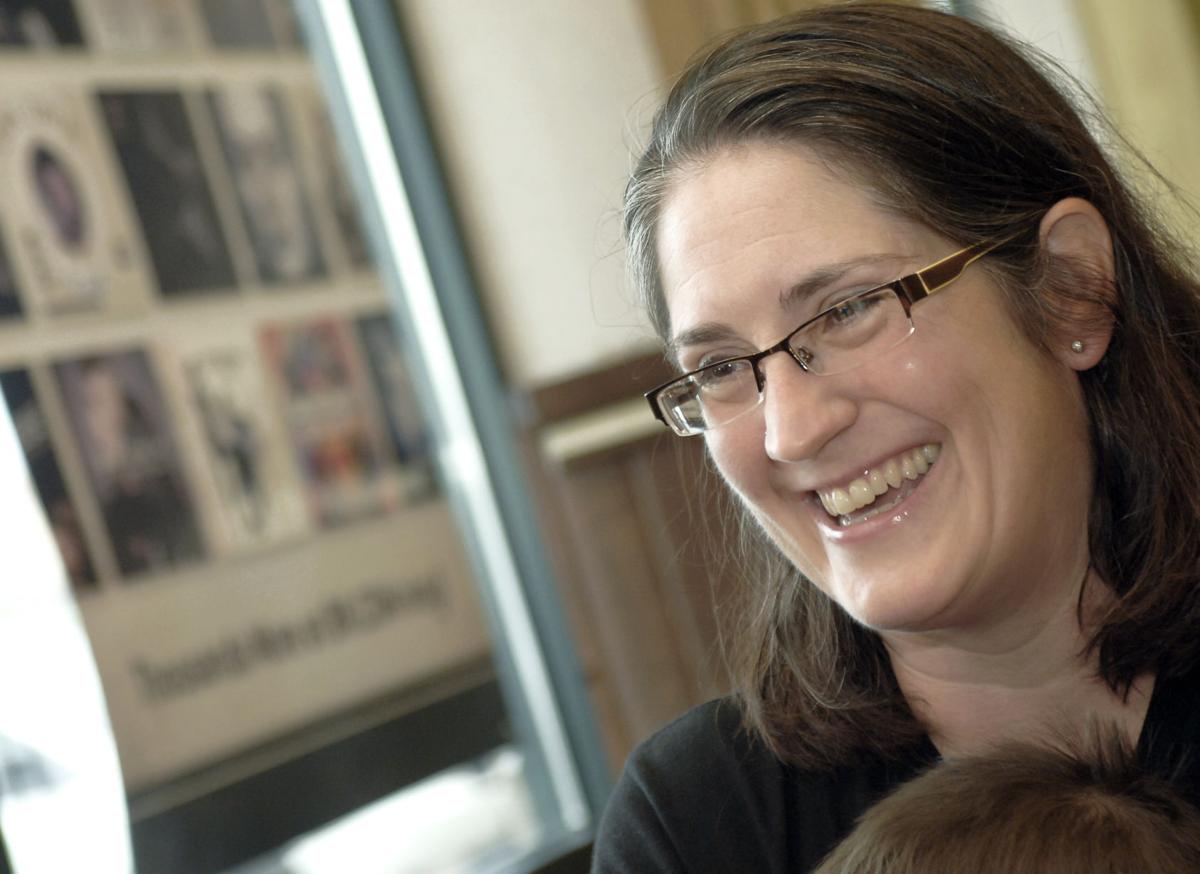 Kirsten Kelsch has organized a demonstration against the Dakota Access Pipeline project at the state Capitol in Bismarck.

A crowd has gathered beneath a downpour of rain for a rally at the Capitol grounds in protest of the Dakota Access Pipeline crossing under the Missouri River.

Standing Rock Sioux Chairman Dave Archambault is scheduled to speak this afternoon following a court refusal to halt construction of the pipeline.

While Bismarck resident Kirsten Kelsch, rally organizer, said she anticipated as many as 1,000 people to gather at the Capitol for the protest, scheduled for 3 to 6 p.m., there were about 200 to 300 in attendance.

“We’re going to keep pushing through with our agenda,” Kelsch said prior to the rally. “The end goal doesn’t change, but it’s going to take us a little bit longer to get there.”

She said three main groups are set to converge: participants from the United Tribes Technical College International Powwow, several Oceti Sakowin Youth Relay Runners that ran from North Dakota to Washington, D.C., in July and a number of individuals camping down near a portion of the construction site near the Standing Rock Sioux reservation.

The gathering included a group with water problems of their own: Those from Flint, Mich., stood at the rally today as a peace declaration was made.

“Even if you’re on the fence … come and join us. We’d love to educate you on how this all got started,” Kelsch said.

Kelsch expects nothing on the Capitol grounds like Saturday’s clash between opponents of the pipeline and private security personnel at a construction site. The company began work at the site Saturday morning, a day after Standing Rock Sioux Tribe leaders had filed in court seeking a halt to construction, saying that numerous cultural artifacts were found in an area near the site where hundreds are camping in protest.

The state's chief archaeologist said this week they're still planning to visit the site to verify any possible cultural artifacts.

"When push comes to shove, there's bound to be negative issues," said Kelsch, adding that she believes those committing acts of violence are in the minority.

The tribe filed a lawsuit against the U.S. Army Corps of Engineers last month over the permits issued for the project. Earthjustice is representing the tribe in the suit, which claims the corps violated the National Historic Preservation Act and other laws in issuing permits for the pipeline.

Kelsch said there will be a program during the first hour of the rally with herself and other speakers. She said some of the youth runners will present a banner, containing a declaration of peace, to North Dakota Indian Affairs Commission Executive Director Scott Davis.

Kelsch said organizers reached out to Gov. Jack Dalrymple’s office to have him or Lt. Gov. Drew Wrigley join them to be presented with the banner but were unable to line either of them up.

The project has drawn hundreds of protesters from tribal groups and activists from across the country. A section of the pipeline is planned to be bored under the Missouri River and run less than a mile from the tribe’s reservation boundary.

Tribal leaders and groups have been staging protests over the pipeline for more than a month, citing concerns over potential contamination of the Missouri River if the pipeline were to rupture. The cultural sites issue has also loomed large.

Protesters, including some from Flint, Mich., rallied Friday against the Dakota Access Pipeline construction.

A crowd has gathered at the Capitol mall to rally against construction of an oil pipeline.

Kirsten Kelsch has organized a demonstration against the Dakota Access Pipeline project at the state Capitol in Bismarck.