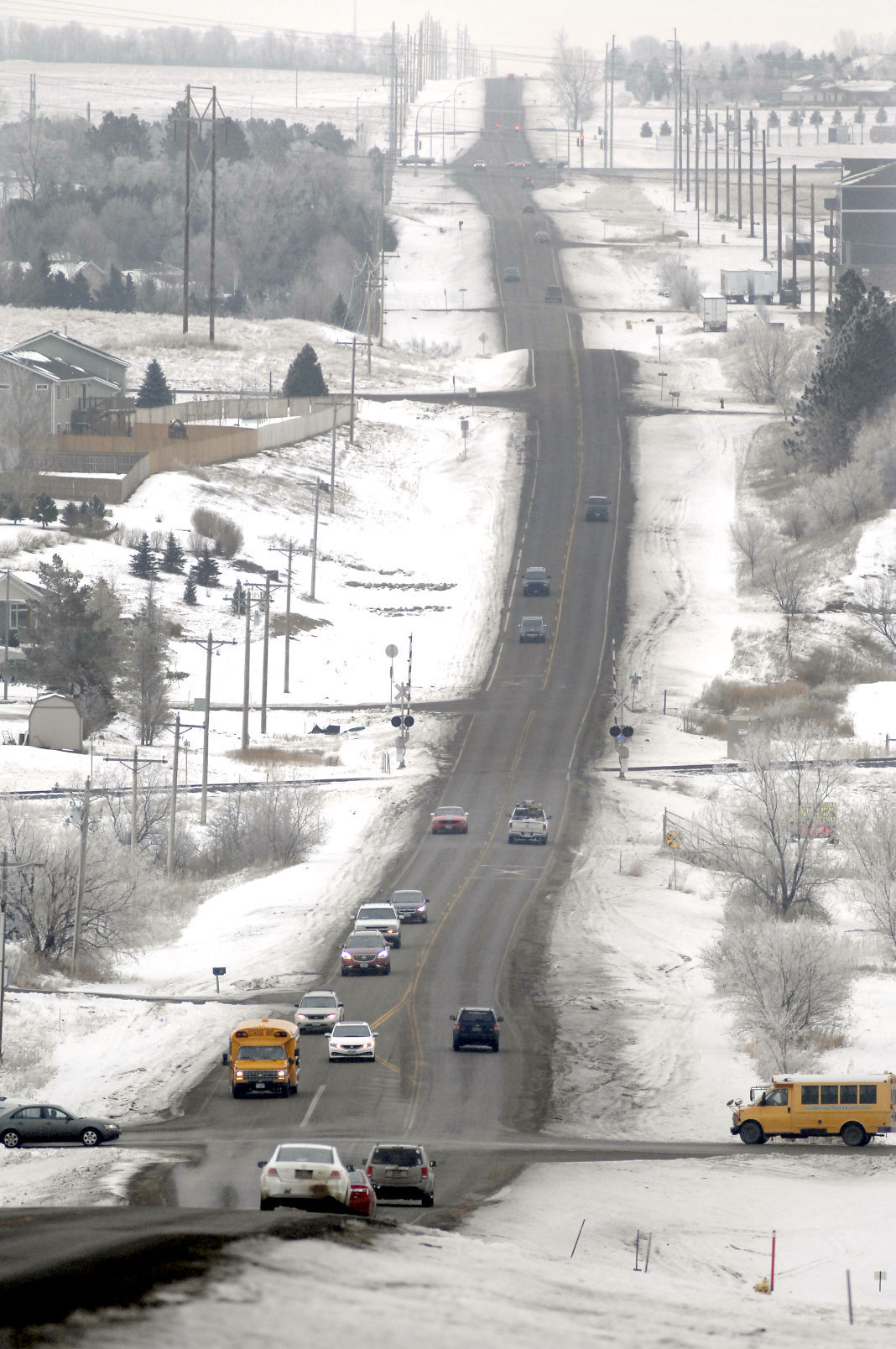 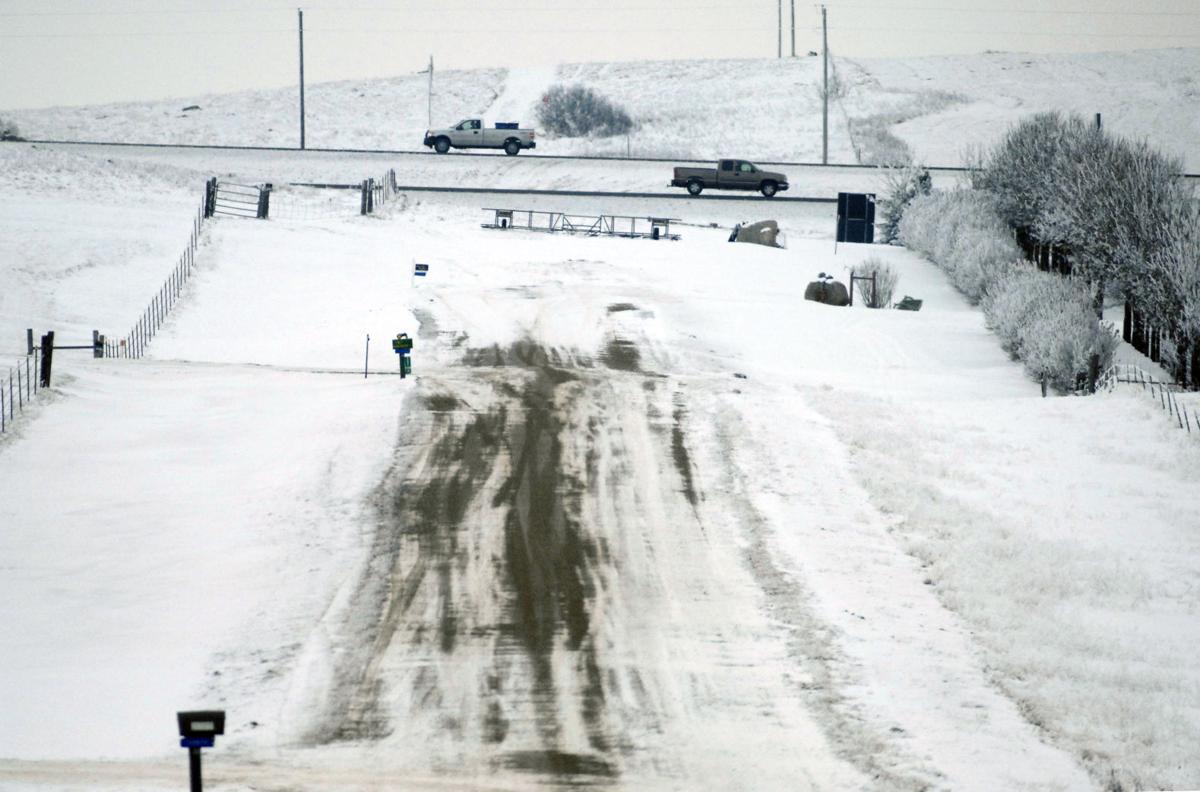 66th Street Northeast, east of Bismarck looking south, ends several hundred feet from the traffic on I-94. As one of the roadway capital improvement projects proposed in Bismarck, the road and highway would meet in a new interchange for an approximate cost of $23 million. 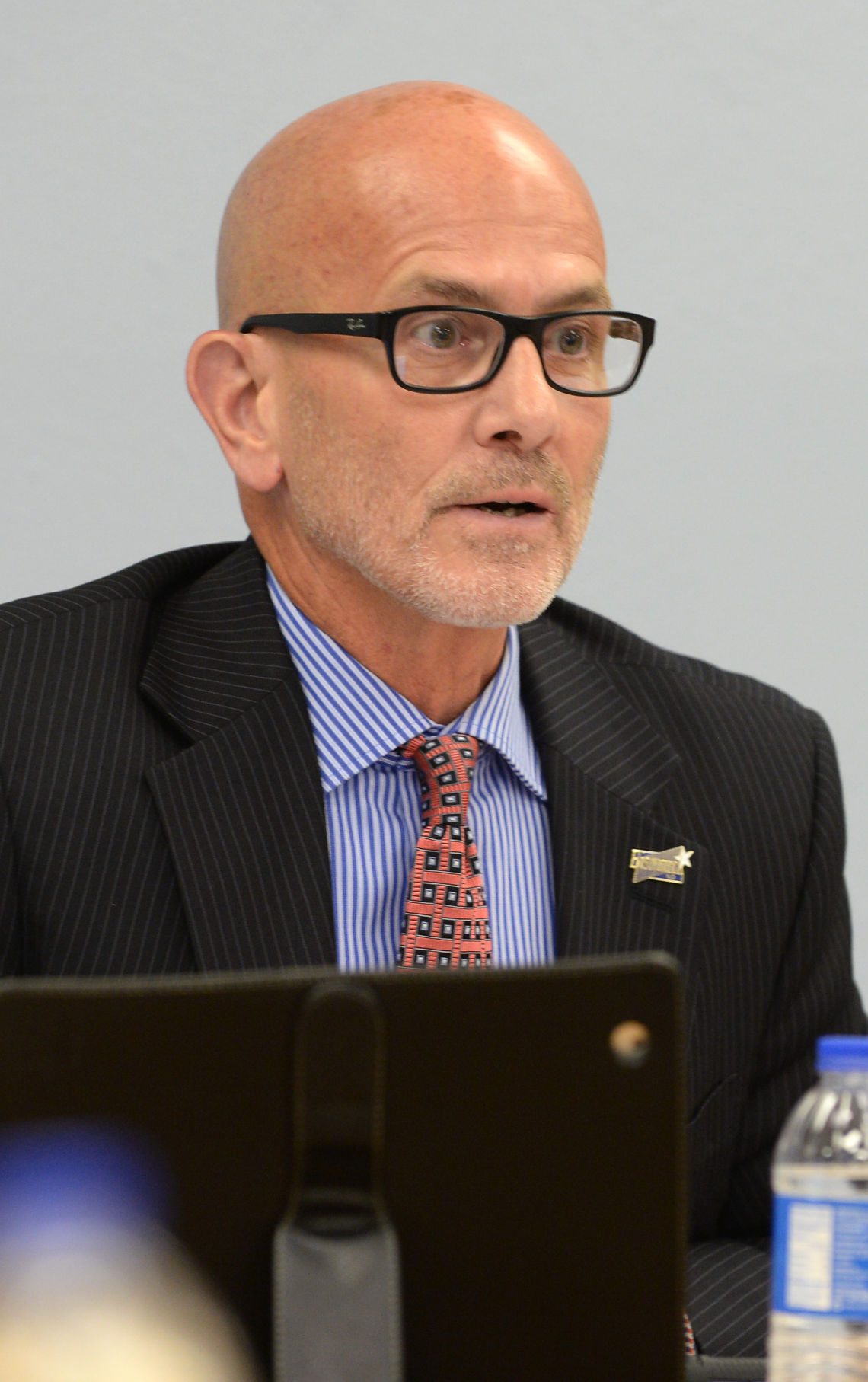 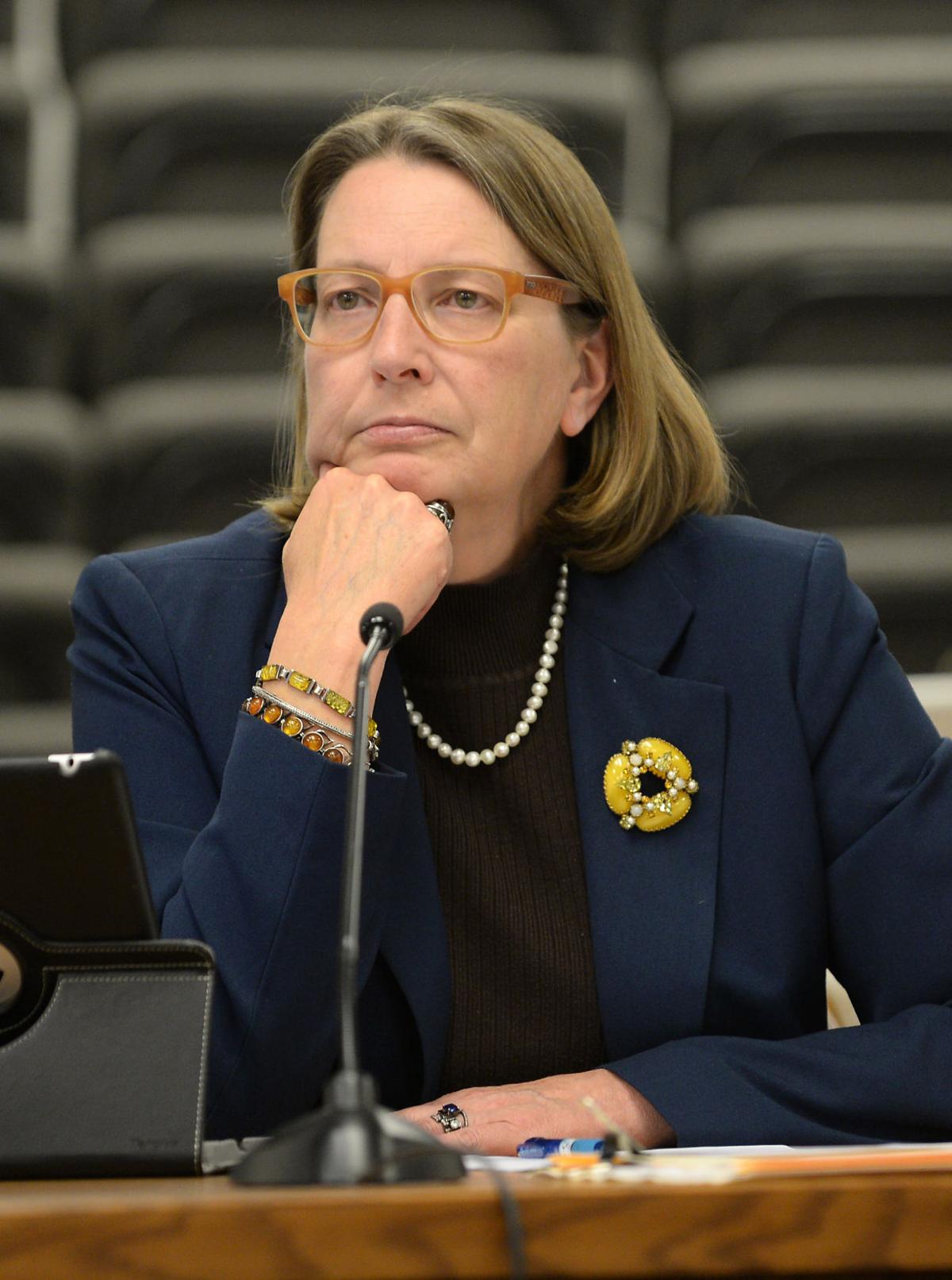 As the Bismarck City Commission looks for $228 million to upkeep roads as well as build new ones, Mayor Mike Seminary has proposed placing a second penny sales tax question on the June 14 ballot.

Some opponents of the proposal have expressed concern that scare tactics are being used to influence the public into supporting such a move.

The debate will be moving to the next level as the Bismarck Mandan Chamber of Commerce will be holding forums to educate the public about road needs, funding options and the bleak outlook for the existing city sales tax. A Feb. 11 meeting has been scheduled at the National Energy Center of Excellence at Bismarck State College.

The 90-minute meeting begins at 5:30 p.m. at the Basin Electric Auditorium, starting with a presentation and followed by an open floor to the public.

City staff, which released a report on predicted shortfalls and outlined funding options for addressing the issue, estimated in December that the sales tax deficit will reach $5.8 million in late 2017 and spike to $20 million by 2020.

Dwight Wrangham, a Burleigh County resident who owns property in Bismarck, counters the figures by saying the city doesn't have a revenue problem: It has a spending problem.

Cutting spending was not one of the alternative solutions presented by city staff, and their projections "are merely scare tactics,'" he said.

"If a new sales tax is necessary, it shouldn't be," Wrangham said. "Monies have been spent on other things not as much of a priority as roads and infrastructure."

Data provided by city staff favored a new 1 cent sales tax increase to raise an additional $17 million for roads over other funding methods, including new developer fees, steeper utility fees, higher property taxes and a local gas tax. Seminary said much of the existing sales tax revenue is being swallowed up by the buy-down of 25 mills in property taxes, the operation of snow gates, offsetting special assessments, road upkeep and matching federal funds for road projects.

If voters approved a new city sales tax, that revenue could be used in the 2017 budget planning process, said Seminary, who added that the road projects need to be addressed in the next 10 years and have been prioritized on the city's capital improvement plan and growth management plan.

"I have yet to hear anybody else come up with an idea on how we do this. How do we do the roads, and how do we pay for them?" asked Seminary, adding that delays will result in increased costs.

He  said discussion is early about road infrastructure needs and the sales tax is just one of the funding options. He said delaying the road projects to trim the budget amounts to "kicking the can down the road, which is not a sustainable approach."

Involving the chamber in holding forums is not a conflict of interest, said Seminary, who wants to hear comment from area residents.

"The chamber has a long history of getting involved in important public decisions," said Seminary, adding that he is confident the chamber can make impartial presentations on road conditions and options. "They can be very objective."

"Our board has not taken a position," said Kelvin Hullet, president of the Bismarck Mandan Chamber of Commerce. "We have assembled a group of financial experts to review the city's budget and recommendations from the city's growth management plan. We assembled that group and will provide information and look at alternatives to funding roads and streets."

The chamber holds an interest in city issues and infrastructure key to Bismarck's success, Hullet said.

Brad Ballweber, vice president and treasurer of Northern Improvement Co., a construction company located at 3320 E. Century Ave., said he is undecided about a second sales tax and needs to hear more information. "I have not heard all of the pluses and minuses. .... I know there is a great need, but I don't know what the funding mechanism should be," he said.

Bismarck city commissioners come down on both sides of the issue.

A mix of methods should be used to pay for the road projects, said Commissioner Nancy Guy, who added that road funding should not rely solely on property taxes because non-property owners also use the street systems.

Guy said she sees two choices for residents: more sales tax revenue or more property tax revenue. The forums will tell the commission what residents are willing to take on, said Guy, adding that she trusts city staff's reports about funding and road needs.

"I am confident we are not spending road maintenance money frivolously," said Guy, adding that trimming the budget would not be enough. "There might be something to trim, but it would not cover our needs."

She said a delay might be worth looking at in some projects.

"It's not something I want to speculate at, but, in my experience, delaying things only makes them more expensive," Guy said.

Commissioner Josh Askvig said the funding of roads has been an ongoing problem for years and that he is open to hearing feedback from the public on how to deal with the sales tax shortfall.

"It's not a new issue; it's come up in the last couple of budgets," he said. "There is a need to make a decision, and that conversation needs to happen soon.

"Trimming the budget might be part of the equation, but that's why we need the public input meetings — should we trim the projects or how do we fund the projects if they feel the need is there?" Askvig said.

"I don't think the climate we are in — oil down, ag down and commodity prices (low) — that nobody wants to pay more taxes," Marquardt said.

Instead, road projects need to be prioritized, said Marquardt, who added that he is interested in hearing public feedback on the matter.

"We have to work through the budget better with a fine-tooth comb,'" Marquardt said.

While the recent staff reports on the health of the sales tax were not intended to be scare tactics, Commissioner Parrell Grossman said they could come off that way.

Grossman opposes raising the sales tax as the economy softens.

"I am strongly opposed to raising the sales tax at this time for any reason, including for roads. ... I am very concerned about the impact of a sales tax increase on our elderly citizens on fixed incomes," he said.

"I am not at this time endorsing any of the options without further exploration or consideration. ... The mentioned large fee increases for property taxes, lot development fees, fuel taxes, are very unrealistic. For instance, some of the suggestions, like a 90 percent property tax increase, are unnecessarily provocative and agitate Bismarck citizens," said Grossman, pointing out that at least one project could be delayed or avoided altogether — a controversial proposal to add an interchange at 66th Street.

Grossman said he expects any balloted tax question would be defeated.

"There has been almost no discussion about the possibility of eliminating, reducing or delaying projects," he said. "I do not believe the city absolutely requires all of the $228 million road improvements in the next five to 10 years. It is a wonderful wish list, and now we need to be realistic.

"It is a complicated problem that requires more solutions than simply suggesting more taxes or other fees. The discussion about eliminating or reducing projects should not be the last resort and needs to occur sooner rather than later," he said.

Dustin Gawrylow, managing director of the North Dakota Watchdog Network, stressed that something is awry with city spending.

"I think we have to evaluate why current revenue is not keeping up with demand," he said.

• A second city sales tax of a penny per dollar would add $17.2 million for roads.

• Increasing the city's $19.1 million in property taxes by 90 percent could raise another $17.2 million for roads.

• Increasing all 21,000 residential and commercial utility bills $68 per month would raise $17.2 million per year.

• Instituting developer fees of $30,000 per lot would raise $17 million for arterial roads.

The existing 1 cent sales tax generates more than $17.2 million per year, but spending will exceed $23 million. The city must use $5.6 million in carryover revenue from previous sales tax collections.

• $5.1 million on other highway construction projects

• $2.5 million for Bismarck Expressway from 12th Street to Yegen Road

• $3.16 million at Tyler Parkway/Divide Avenue at the Interstate 94 interchange

• $5 million for Hamilton Street — from Divide Avenue to Century Avenue

• $11.9 million for Divide Avenue — from Bismarck Expressway to 66th Street

• $12 million for Century Avenue — from Centennial Road to 66th Street

• $4.35 million for Washington Street from from 57th Avenue to 71st Avenue

• $13.92 million for 43rd Avenue from Washington Street to State Street

"If a new sales tax is necessary, it shouldn't be. Monies have been spent on other things not as much of a priority as roads and infrastructure."

"I am confident we are not spending road maintenance money frivolously."

"It's not a new issue, it's come up in the last couple of budgets. There is a need to make a decision and that conversation needs to happen soon."

"We have to work through the budget better, with a fine-tooth comb."

"I think we have to evaluate why current revenue is not keeping up with demand."

"It is a complicated problem that requires more solutions than simply suggesting more taxes or other fees. The discussion about eliminating or reducing projects should not be the last resort and needs to occur sooner rather than later."

"I have yet to hear anybody else come up with an idea on how we do this. How do we do the roads and how do we pay for them?"

66th Street Northeast, east of Bismarck looking south, ends several hundred feet from the traffic on I-94. As one of the roadway capital improvement projects proposed in Bismarck, the road and highway would meet in a new interchange for an approximate cost of $23 million. 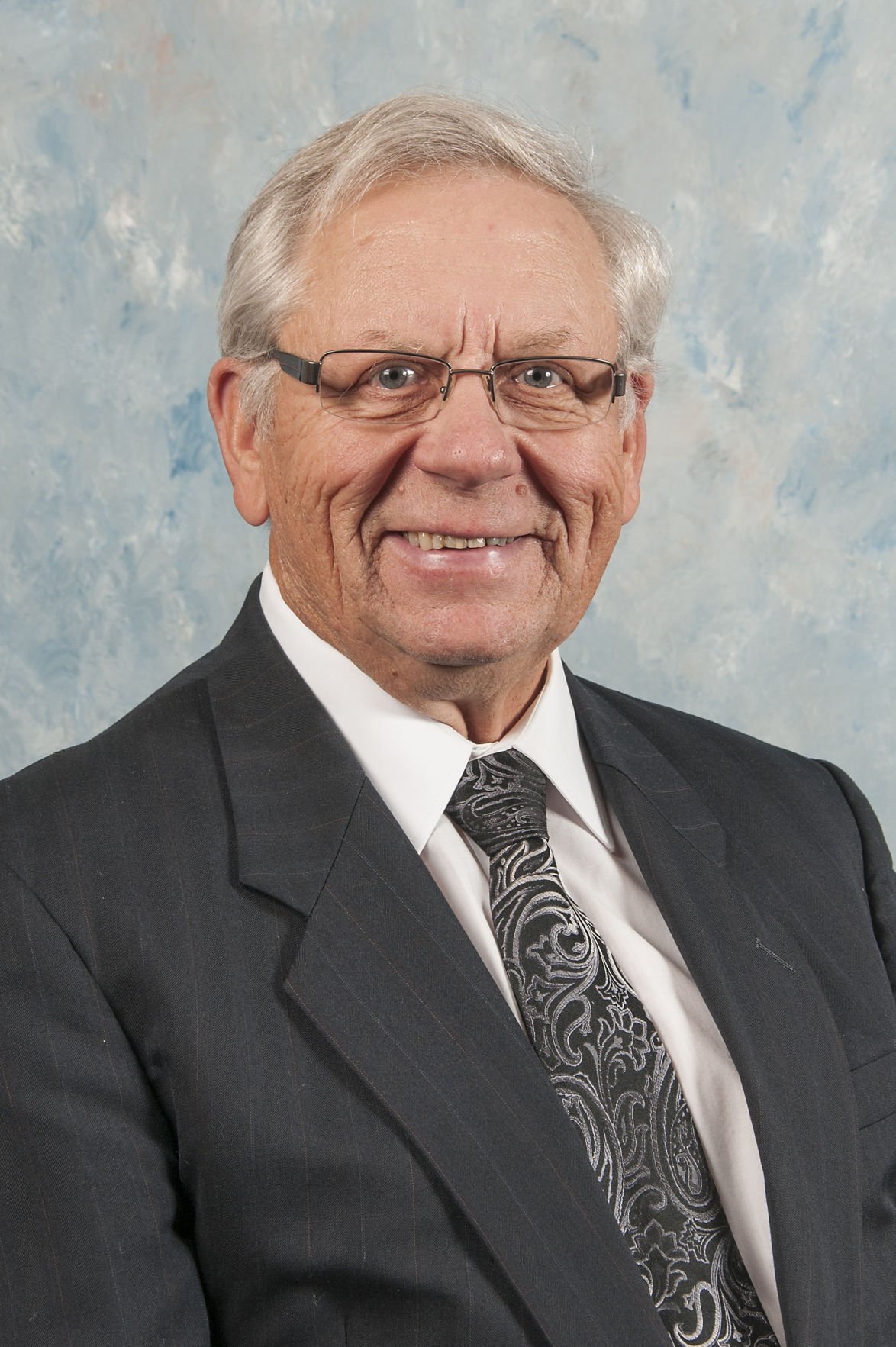 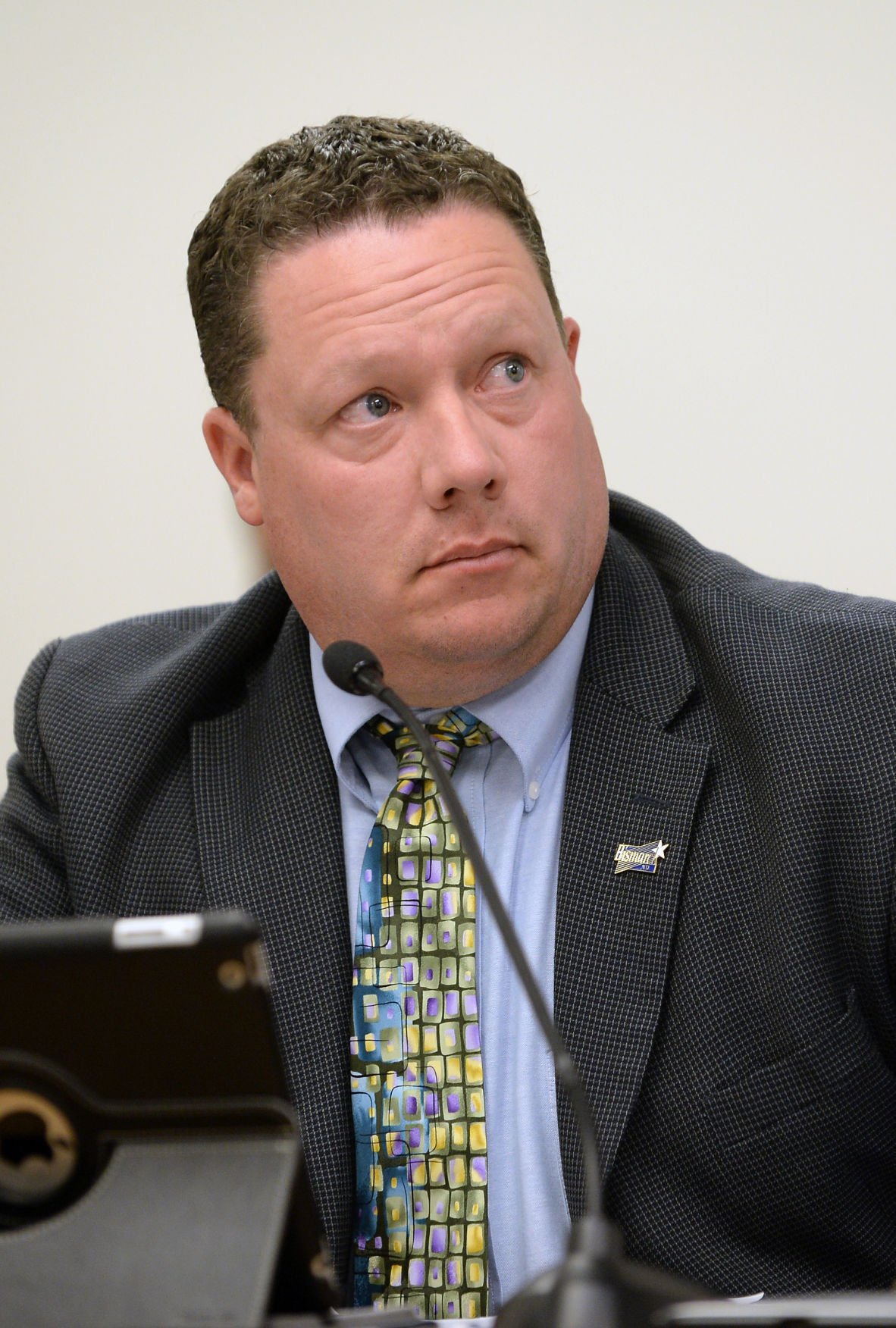 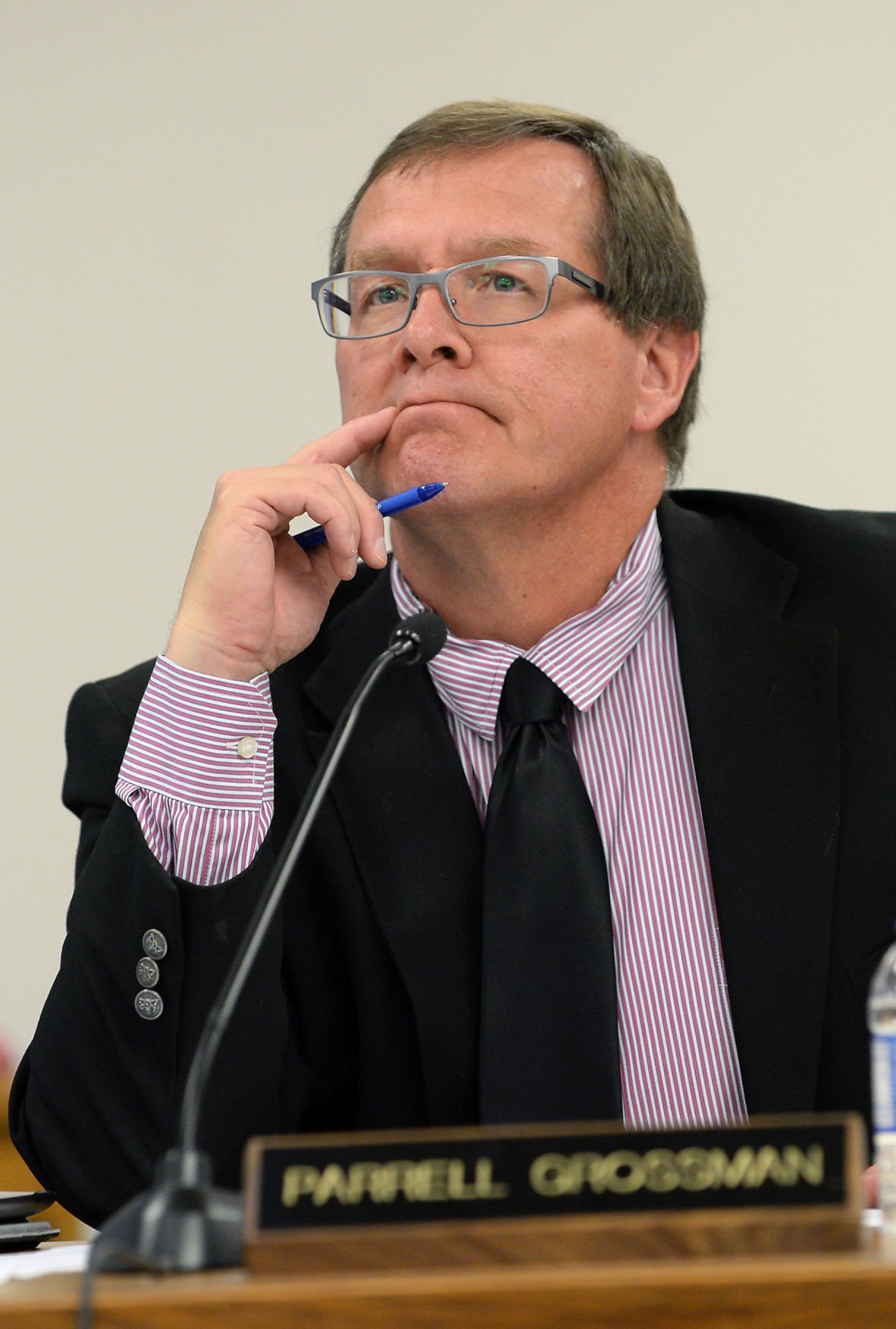 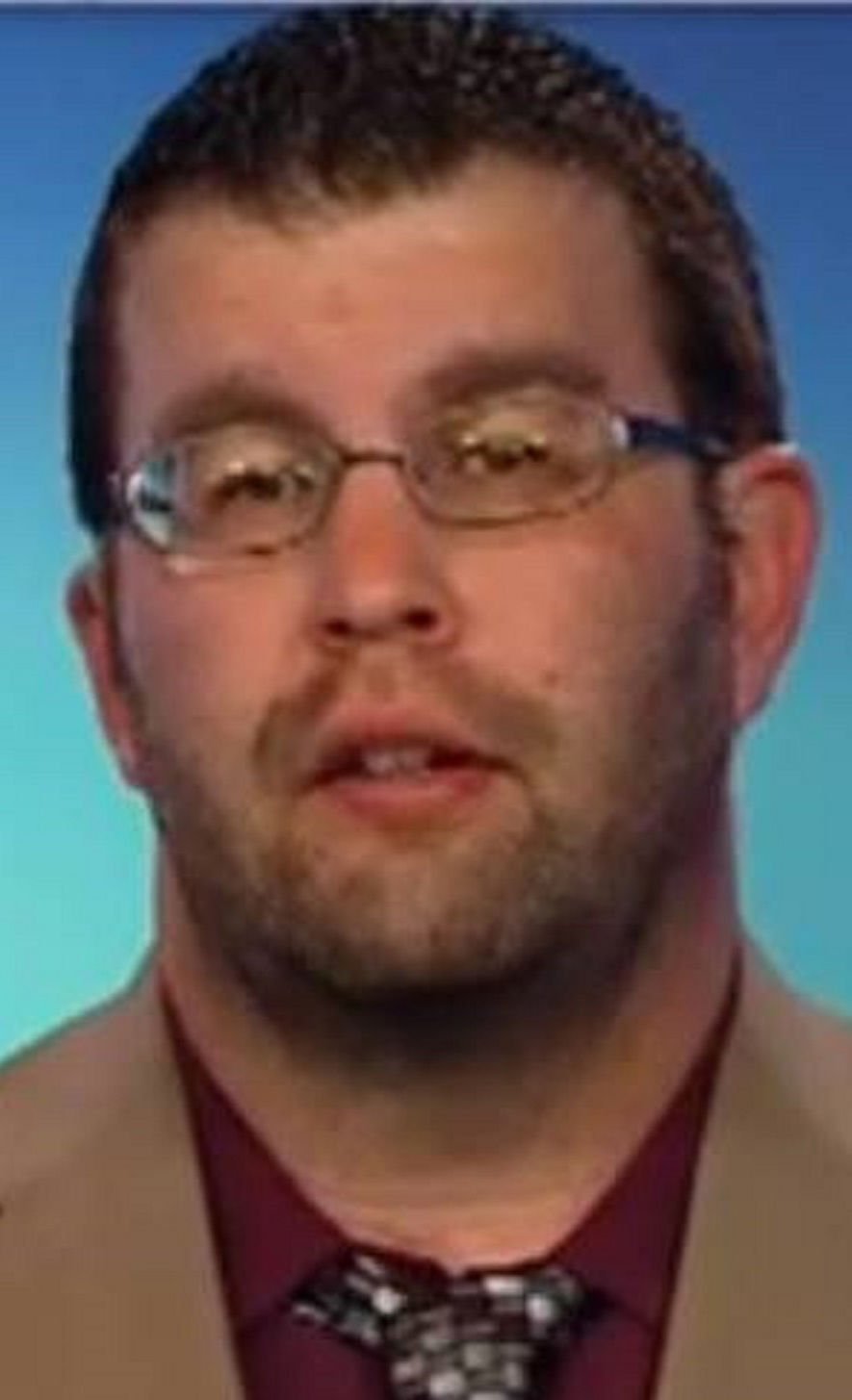