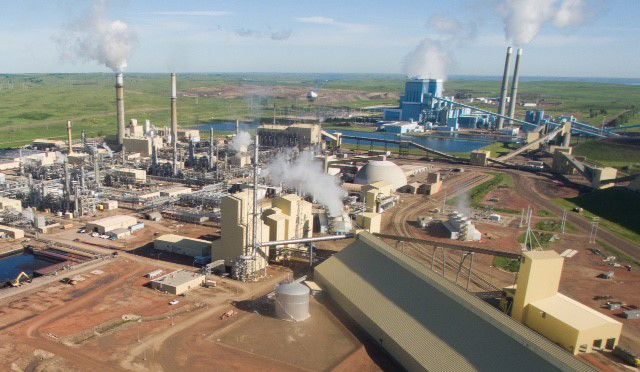 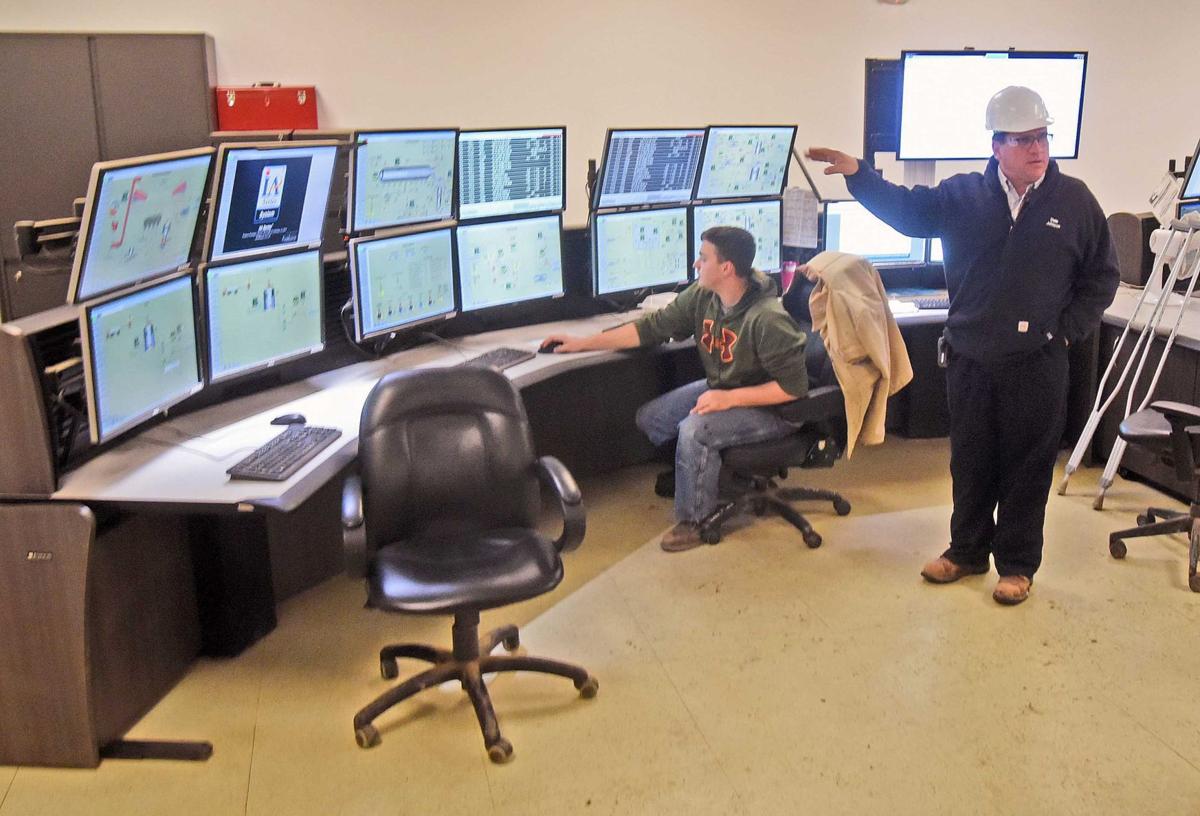 Dale Johnson, right, talks in 2017 about how AJ Biel, seated, monitors the urea production at the Dakota Gasification Company plant near Beulah.

More than 300 Basin Electric Power Cooperative employees will take buyouts as the utility aims to cut costs amid a plummeting financial outlook.

The move to cut more costs follows several years of losses at DGC as it struggles to compete with cheap natural gas made available by hydraulic fracturing in the Bakken oil field. The plant suffered $212.4 million in net losses over the past three years — $87.2 million in 2017, $94.1 million in 2016 and $31.1 million in 2015, according to the cooperative’s annual reports. The plant also suffered $11 million in losses in 2013.

In 2016, Fitch Ratings and Moody's both downgraded Basin's credit ratings.

At the 2017 annual meeting, Sukut referenced “a potentially tough financial forecast,” in his report. Despite this trend, Pearson said this is the first time the 10-year forecast, conducted by outside analysts, painted such a dire picture. Pearson said he was unable to disclose the total predicted loss.

Rate increases for Basin’s utility customers and a more profitable than anticipated year for utilities in 2017 kept the cooperative financially afloat.

“The forecasts are that this will no longer be the case,” Pearson said.

Total electric sales for the first three months of 2018 generated revenue of $439.2 million, an increase of $16.2 million from the same period last year.

DGC sold 13.7 million dekatherms of synthetic natural gas during the first three months of 2018, .8 million dekatherms more than the same period in 2017 but at $5.5 million less. The average sales price was $2.93 per dekatherm for the first three months of 2018 compared to an average sales price of $3.53 during the same period in 2017. Byproducts revenue also decreased by $7.3 million or 19 percent. The company's urea facility realized its first quarter of sales, bringing in $3.2 million of revenue.

At the 2017 annual meeting, Sukut touted a cost-saving initiative that has now been going on for the past year and a half.

“The things we’ve done to date have not been quite enough,” said Pearson, explaining a recent voluntary buyout campaign. “Markets have been changing so fast it was time to take additional steps.”

A hiring freeze that started about three years ago will continue. And Basin already laid off about 30 probationary employees in two states on Thursday, including 25 people at Dakota Gasification Co. and Antelope Valley Station near Beulah last month.

The majority of employees who took the buyout are from North Dakota facilities, though there will be Wyoming and South Dakota employees, too. Quite a few worked at the Bismarck headquarters.

Pearson said management accepted all of those who applied for the buyout and will take the next month or so to determine whether more cost cuts are needed. He said it is possible there will be more workforce cuts but that decision has not been made yet. More will be known by early fall.

With this latest round of buyouts, Basin’s employment drops below 2,000 people, Pearson said, which is less than the employee numbers in 2010, according to that year’s financial report. When DGC built its urea plant, it added 45 positions. Pearson said those extra jobs have been offset by cuts and buyouts.

Though Basin has been building a lot lately, Pearson said not to expect any major construction in the next five to 10 years. And popular programs it puts on for members will be “put on hold for a while.”

“I apologize for any inconvenience this may cause and appreciate your understanding this decision,” Johnson said in the plant’s employee newsletter.

“Markets have been changing so fast it was time to take additional steps.”

Financial problems at the Great Plains Synfuels Plant have prompted a legal and a regulatory challenge by a power cooperative in the Bakken.

Dale Johnson, right, talks in 2017 about how AJ Biel, seated, monitors the urea production at the Dakota Gasification Company plant near Beulah.