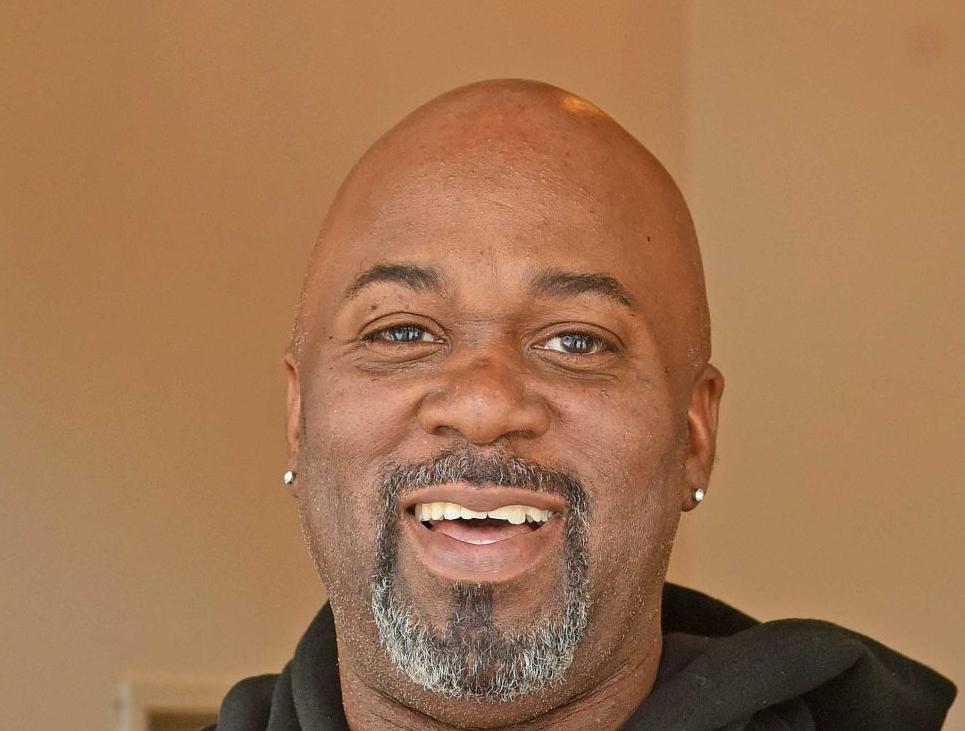 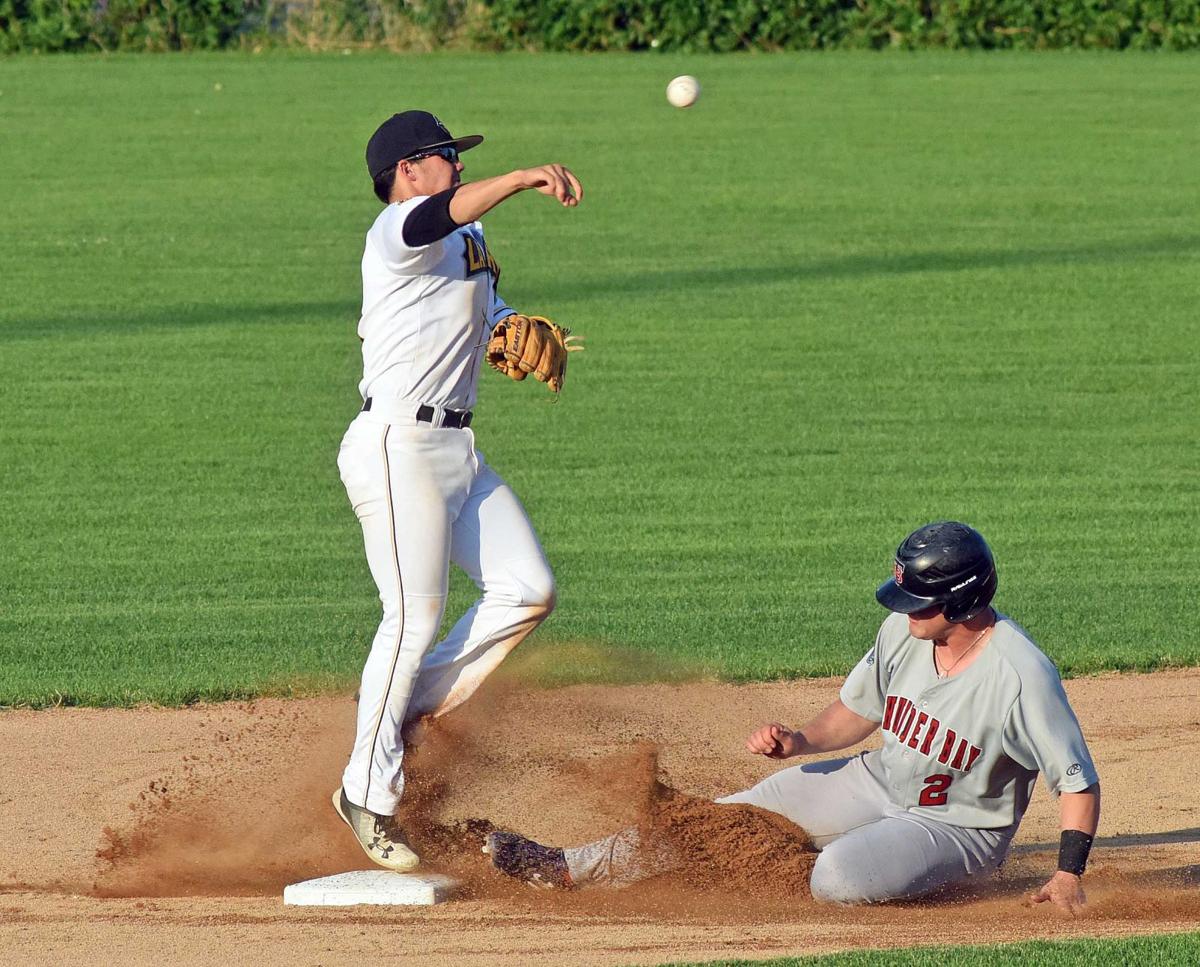 Ripken Reyes, throwing, was a key member of the 2018 Bismarck Larks team that won the Northwoods League North Division first half championship. The Larks' first year was 2017. 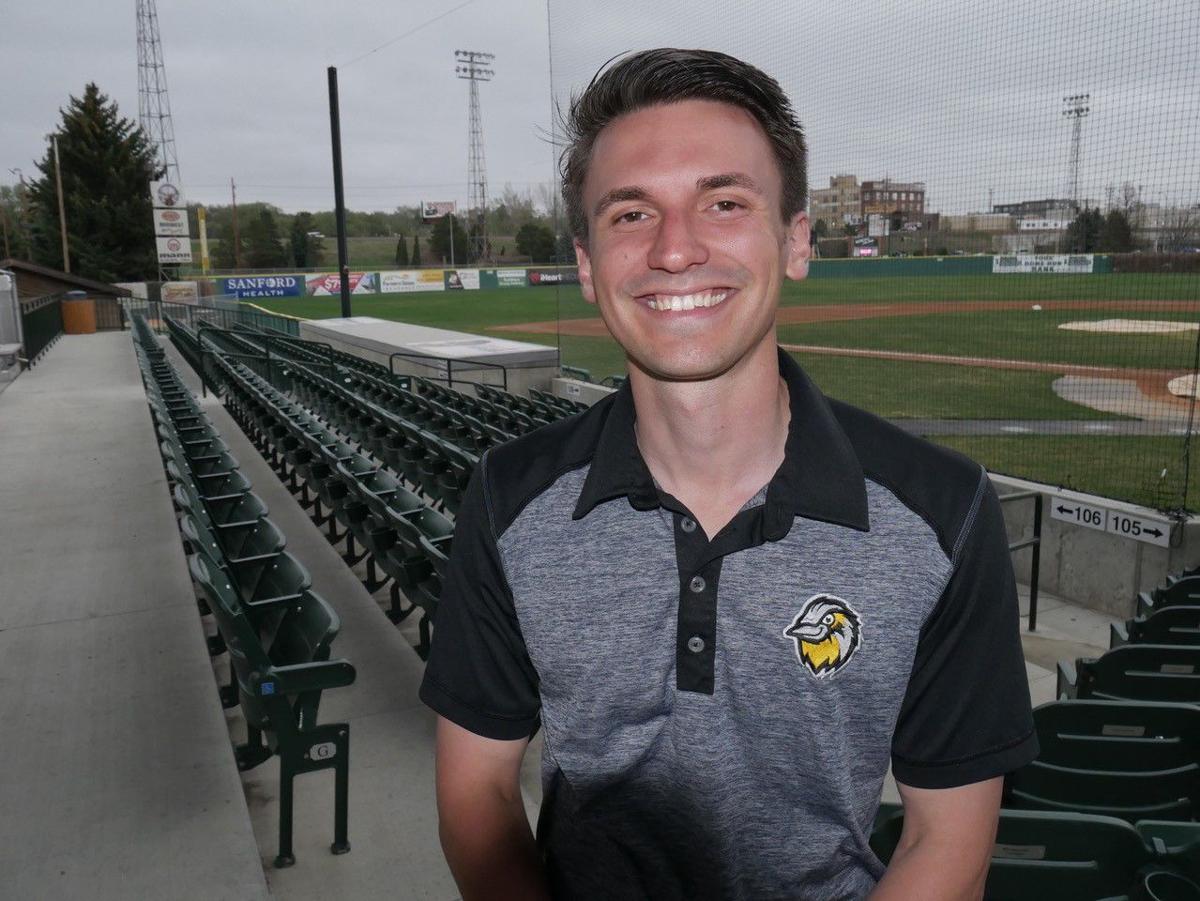 In 2010, Bismarck’s Dakota Wizards were firmly entrenched in the National Basketball Association’s Development League. Within two years, the team was gone, moved by the league to the West Coast. But the departure didn't set the tone for the area sports scene for the entire decade.

In 2015, Legacy High School opened its doors in Bismarck, and the Sabers have enjoyed almost immediate sports success, joining other high schools in the area in winning state championships. And two teams above the high school level decided to make Bismarck their home in 2016, debuting in 2017 in sports that had previously tried and failed to make a home in the city.

On May 29, 2017, the Bismarck Larks of the Northwoods League, a summer collegiate wood bat baseball league, started with a bang -- just like their predecessor the Dakota Rattlers -- by winning their franchise opener.

Fans looking for more than high school or small college entertainment now had an option to go with the long-running Bismarck Bobcats hockey team, which plays in the North American Hockey League.

Less than two years later, in late 2018, the University of Mary’s club hockey team debuted and exceeded all expectations. The Marauders play their home games at Starion Sports Complex in Mandan.

Inside the lines, no one can match the Marauders’ hockey success. In the stands, however, the Larks have been the big winner.

With a savvy marketing team, solid league backing and strong management group, the Larks are flourishing where others like the Dakota Rattlers of the 1990s failed.

“In 2014 in Kalamazoo, Mich., I got to experience what it took to get it off the ground,” Larks General Manager John Bollinger said. “When I heard about Bismarck, I was planning an entire year in advance. The biggest thing was, this was going to be more than baseball. It was going to be entertainment. We definitely came in prepared, and I had a great staff.”

Bollinger is a baseball fan who also understands the value of off-the-field entertainment and marketing. He built a staff that shares his vision.

“I was lucky to get the right people to come up here,” Bollinger said. "The second thing is being in the Northwoods League in general. Having a strong league really helps get the teams going.

“The other component is the community," he said. "Bismarck and Mandan were looking for something like this. It’s baseball, but it’s affordable family entertainment in the summertime.”

The Larks have made the playoffs in one of their first three years, but corporate sponsors and multiple season ticket packages that include food, games and special events have kept the turnstiles spinning. Sellouts are common.

Bollinger has a full-time staff of 11 people who also take part in community events throughout the year. This year they partnered with the Bismarck Marathon planning committee on the annual event.

Bollinger approached marathon organizers offering his staff to help sell and market the race and make it more of an event. He said participation went up 42%, sponsorships doubled and funds raised for charity climbed nearly 100%.

"The Bismarck Marathon planning committee, a local group of volunteer race enthusiasts and community leaders, challenged us to help them turn what already was a great race into an even better event for our community," Bollinger said.

Much of the planning and work by Bollinger was done between the time the team was announced on Feb. 11, 2016, and the first game played May 30, 2017 -- more than a year later. In that time, Bollinger and the Northwoods League did their homework, studying the interest of fans in the area before jumping into a city with a rich baseball history but little fan interest in the last 50 years.

The engagement period for the Bucks was much shorter but no less successful early on, as it was named the CIF’s organization of the year in its first year.

Loyal fans have supported the team through a couple of tough seasons on the field and three head coaches in four years.

Current coach Rod Miller will begin his second year at the helm with a mostly revamped roster, clear of what he had called a “rebuilding year” in 2019.

“I think this year we’re going to take off. I have a three-year plan and I knew last year was going to be tough," Miller said. "I’ve been in this business 22 seasons, and sometimes you have to rebuild. We had to start from scratch. Last year we had to build the foundation.”

The Bucks open their fourth season March 8, 2020, against the expansion San Diego Strike Force. Its season runs into summer.

By the Bucks’ opener, the University of Mary will have completed its second hockey season and hopes to be prepping for its first appearance in the ACHA Division II national tournament. The Marauders went 39-6-2 last season but were ineligible for postseason play because it was their first year as a program.

This season, U-Mary started the year 26-5 and is ranked No. 1 in the Midwest at the Christmas break.

“There’s a difference in what our goals are,” coach Dan Huntley said when the season got underway. “That’s one that we weren’t able to fulfill last year, which was going to a national tournament. Now we’re playing for an opportunity to be the best.”

It didn’t take Legacy High long to establish itself in Class A athletics.

Just two years after the school opened its doors in 2015, the Sabers won two state championships.

Led by coach Jim Petrik, the Legacy girls basketball team defeated Fargo Shanley 52-50 in the 2017 Class A title game at the Bismarck Event Center. Mercedes Baumgartner and Whitney Thomas were named to the all-tournament team for the Sabers.

Just a few months later, this time at the MDU Resources Community Bowl in Bismarck, Legacy captured its first boys state championship, in track and field.

Coach Chris Clements' Sabers totaled 143 points to win the Class A crown. Brandon Lewis won the 100-meter dash and the long jump to lead the way. He also teamed with Alex Brosseau, Patrick Doan and Tyler Boone to win the 400-meter relay.

Legacy notched a rare state title for a West Region athlete in tennis in the fall of 2018. Senior Michael Janes became the first non-East Region champion in singles since Bismarck High's Grant Bakke in 2009.

High school teams in the Bismarck-Mandan area captured numerous state titles in various sports during the decade. Some notable achievements (all titles are Class A unless otherwise noted):

-- Half of the state baseball titles were claimed by Mandan (2), Bismarck Century (2) and Bismarck (1).

-- Bismarck High and Century each won three AAA football titles during the decade.

-- The Bismarck Blizzard took six girls hockey titles, including five straight to close out the decade. Bismarck High won its first boys hockey title in 2014, breaking through the dominance of eastern teams in the sport.

-- Teams from Bismarck won every boys track and field title during the decade -- Bismarck High had five (in a row), Century four and Legacy one. The Century girls also won five straight titles.

END OF A DECADE

As the 2010s come to a close, The Bismarck Tribune is publishing a six-part series taking a look back at the changes over the past 10 years in several areas.

Today -- Sports: From Larks to Legacy, sports growth has continued in Bismarck.

Twelve schools in North Dakota are operating on a four-day week for at least part of the year, up from six the year before.

The owners of Bessy’s Best in Sterling have announced that they will close their business at the end of the month.

Members of the Capital Ice Chips synchronized skating team are preparing for competition at nationals in Providence, R.I., later this month.

Bismarck Park Board Commissioners voted unanimously Thursday to keep the name of Custer Park, to create a formal process to rename city parks …

A dominant performance by Demons

The magic number for the Bismarck Demons going into the state Class A wrestling tournament was 273. That would be enough to break the school …

The opportunity for the public to comment to the U.S. Coast Guard on the future of the Bismarck-Mandan Rail Bridge has almost ended.

Ripken Reyes, throwing, was a key member of the 2018 Bismarck Larks team that won the Northwoods League North Division first half championship. The Larks' first year was 2017.