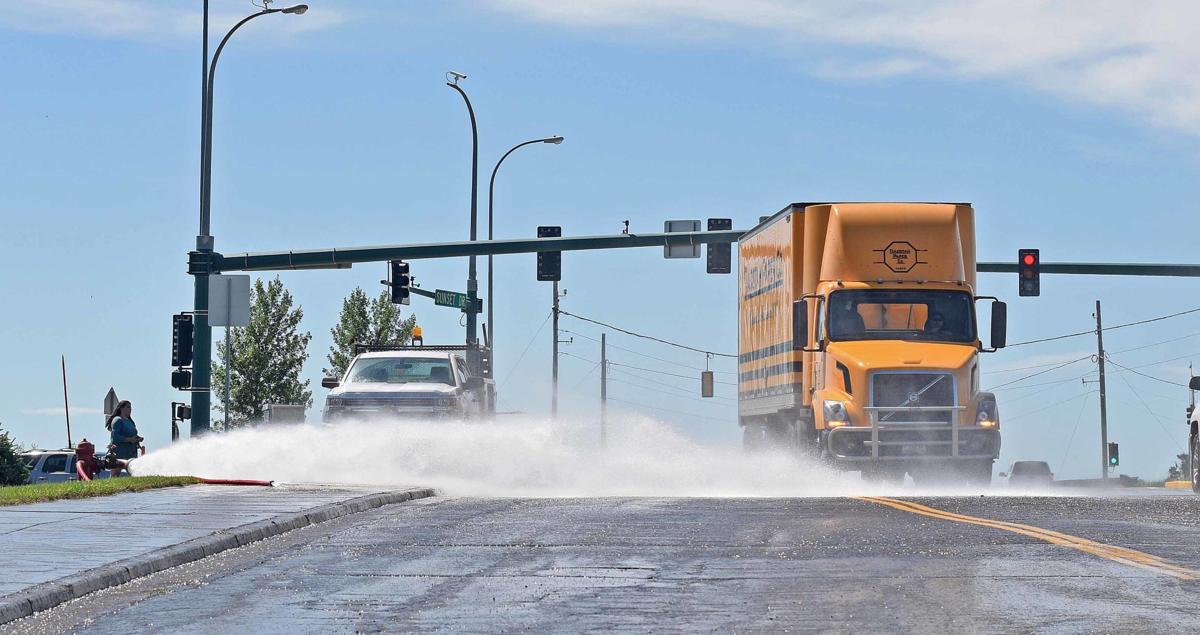 Mandan city crews were flushing fire hydrants in the vicinity of the Walmart Store and Mandan Middle School on Monday. 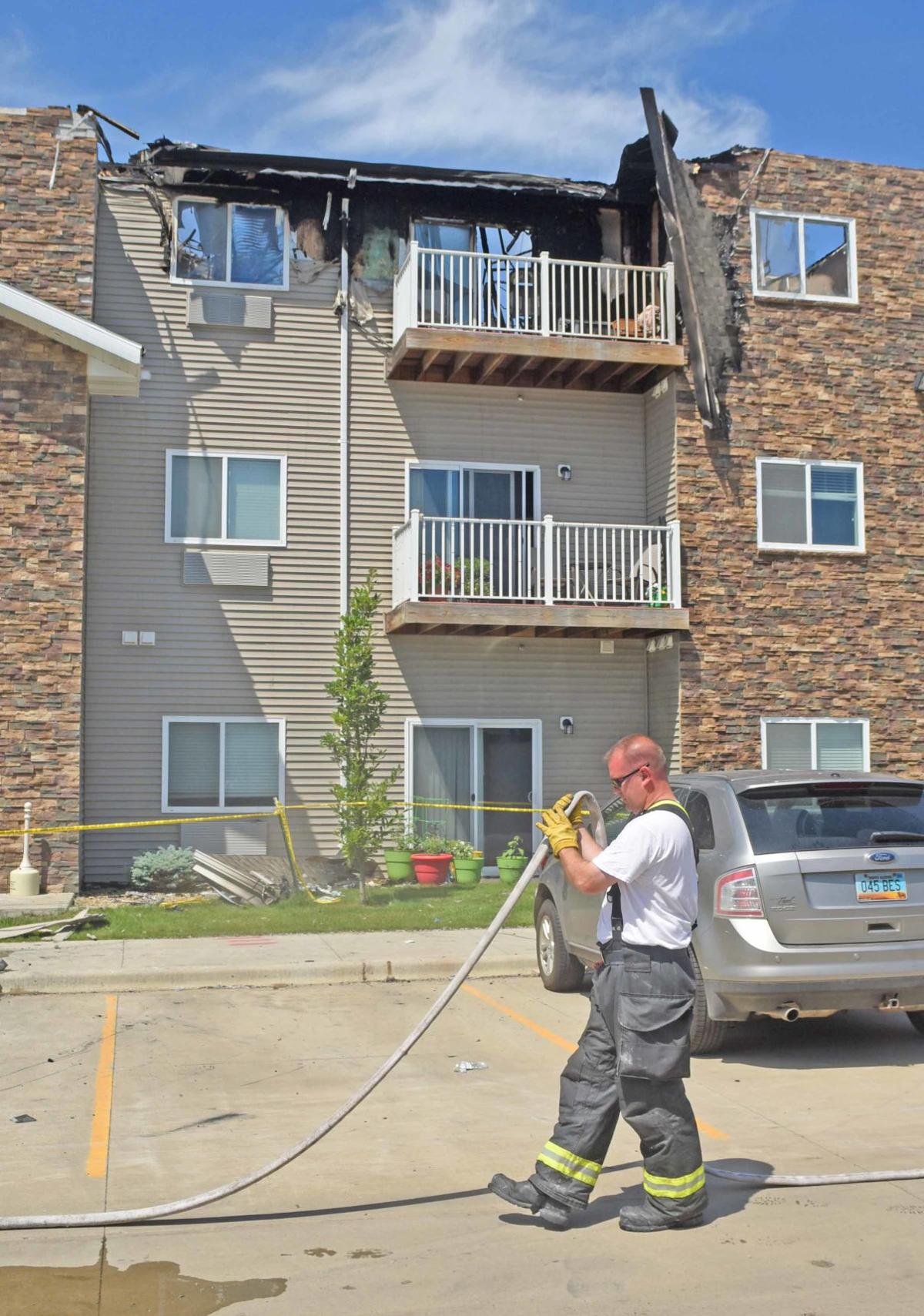 An "inoperable" private fire hydrant caused fire crews to temporarily run out of water while they fought a large apartment fire in north Mandan over the weekend, though the impact on the firefight wasn't immediately clear.

Crews responded to the 42-unit Sunset Bluffs apartments on 31st Street NW shortly after 12:30 p.m. Sunday. Flames were coming through the roof of the three-story building. There were no injuries, but all of the residents were displaced.

"Fire crews immediately established a fire attack using two 1 ¾-inch hose lines but quickly ran out of water due to an inoperable private fire hydrant owned by the apartment complex," the Mandan Fire Department said in a statement Monday.

"Privately controlled fire hydrants are common in manufactured home parks and other private developments with private roadways," she said.

Fire Chief Steve Nardello said he did not know how long fire crews lacked water, and he did not respond to questions asking if there might have been less damage to the building if the fire department had a better water supply.

Nardello said the second hydrant firefighters used was owned by the city.

Seven firefighters suffered heat exhaustion from "weather conditions, high temperature and humidity," the Mandan Fire Department said. The temperature at the time of the fire was approaching 90 degrees.

All of the affected firefighters were treated and released except one who was held overnight. Nardello said that firefighter planned to return to work by Tuesday.

Fire officials and police are investigating the cause of the fire, which appeared to have started on a third-floor patio.

When firefighters arrived, they encountered "fire showing from the patio and roof eaves of an apartment on the third floor, with fire extending into the attic area," authorities said.

The apartment building's occupants will be unable to enter the building until the investigation is complete. Meanwhile, Bitz said Mandan city staff will "determine if any additional changes and improvements are needed" to the city's infrastructure.

Many residents of the Sunset Bluffs apartments in north Mandan weren't home during the Sunday afternoon fire that displaced them, and learned …

A 42-unit apartment house fire in northwest Mandan on Sunday displaced 62 families. The fire burned the entire roof from the three-story build…

Mandan city crews were flushing fire hydrants in the vicinity of the Walmart Store and Mandan Middle School on Monday.