The nonprofit operator of Bismarck's lone emergency homeless shelter has reopened the facility during daytime hours for the winter, after months of fundraising and a day ahead of a weather system forecast to bring potentially deadly cold to the city.

Operations at the Missouri Slope Areawide United Way shelter went to 24 hours on Thursday, nonprofit Executive Director Jena Gullo said. The shelter had been open only at night -- from 8 p.m. to 8 a.m. -- since July 6 because of lost city funding due to an apparent communications failure.

United Way still needs to raise money to keep the facility open 24/7 year-round, but it can now at least provide shelter from the dangerous cold of the season. An approaching weather system is expected to bring light snow, strong winds, and wind chills as low as minus 30 degrees Friday evening through Saturday morning, according to the National Weather Service. Such conditions can cause frostbite within minutes.

"It's a huge relief that our homeless population has a safe place to be and aren't walking miles and miles every day to get out of the harsh winter weather," Gullo said.

The shelter can house up to 52 men, women and families at a time. It's a clean and sober facility, with residents taking Breathalyzer tests each night. New clients must take a urine test.

The city budgeted $250,000 for the shelter for both 2020 and 2021, but United Way did not request the 2021 money last year because of other grants and federal coronavirus aid. The nonprofit asked for the money earlier this year but was denied because the deadline had passed. The nonprofit said it hadn't been informed of any deadline.

United Way has been trying since to raise $80,000 to operate daytime hours during the winter months. It surpassed that mark this week on the annual Giving Tuesday. The traditional event five days after Thanksgiving is a movement promoted by a nonprofit group of the same name that puts a focus on generosity.

United Way received an "overwhelming" response, Gullo said -- a total of $92,765, including a $75,000 donation from Bismarck-based Basin Electric Power Coopertaive to get the shelter reopened during the day.

The money raised for that purpose will fund one full-time staff person for each of two daytime shifts; one person also works the overnight shift. Gullo said United Way hopes to eventually fund two workers for each of the day shifts.

"We're not taking our sigh of relief yet," she said.

The center at 1140 S. 12th St. is a partnership of United Way and Community Works North Dakota. The $3.2 million facility expected to fully open in January will house not only the shelter but space for onsite mental health, trauma and addiction services.

Gullo said money has already been raised for some services -- Boy Scouts opportunities for high-poverty children, a YMCA child watch service twice a week for five hours at a time for eligible people who need to go to counseling or job interviews, and on-site Abused Adult Resource Center services.

More information on the shelter and the Center for Opportunity is at bit.ly/3Er0Sqw.

Gullo said some major causes of homelessness include loss of a spouse, a medical emergency, job loss or another traumatic incident.

People can text “BetterBis” to 801801, or go to https://donorbox.org/better-bismarck. The city will match donations dollar for dollar using up to $17,396 it received through a multidistrict lawsuit against opioid manufacturers and distributors. The money will go local nonprofits that provide services for homeless people with behavioral health issues.

Mayor Mike Schmitz believes streamlining services is key, and said the Missouri Valley Homeless Coalition "is the avenue for all the nonprofits dealing with homeless to participate" in the campaign. That includes the United Way, Ministry on the Margins, Youthworks and the Abused Adult Resource Center, he said.

The city of Bismarck has launched a fundraising campaign seeking to address behavioral health issues that can lead to homelessness.

Beyond the streets: Bismarck grapples with homelessness

Jamie Bilstad lost his job at a nursery last winter. Unable to make rent, he lost his apartment.

The Bismarck City Commission this week voted 4-1 against giving the Missouri Slope Areawide United Way $250,000 to help with operational costs…

The Bismarck City Commission has extended a public-private campaign to raise money to help address some of the root causes of crisis homelessness. 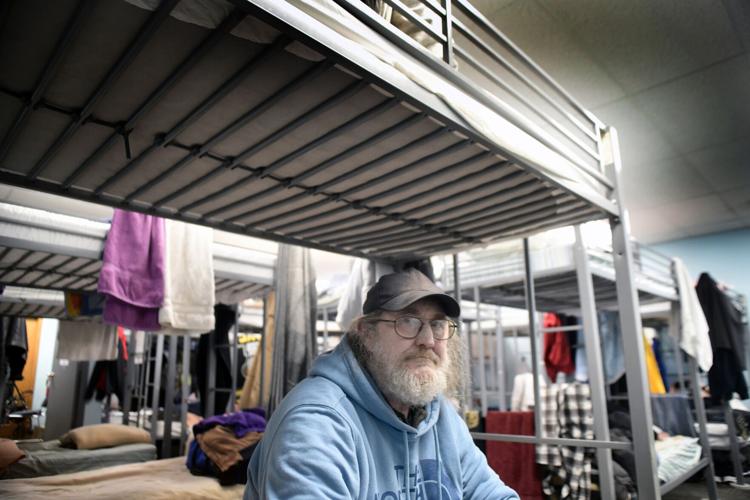 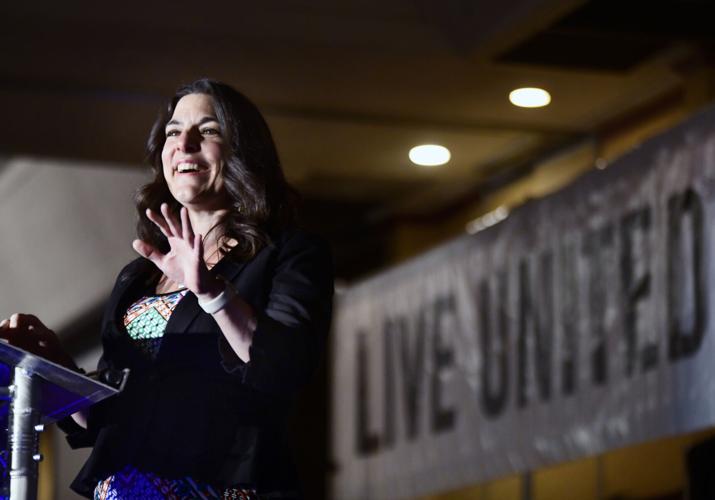 Jena Gullo, executive director of the Missouri Slope Areawide United Way, addresses the crowd gathered for the annual luncheon in April in Bismarck.