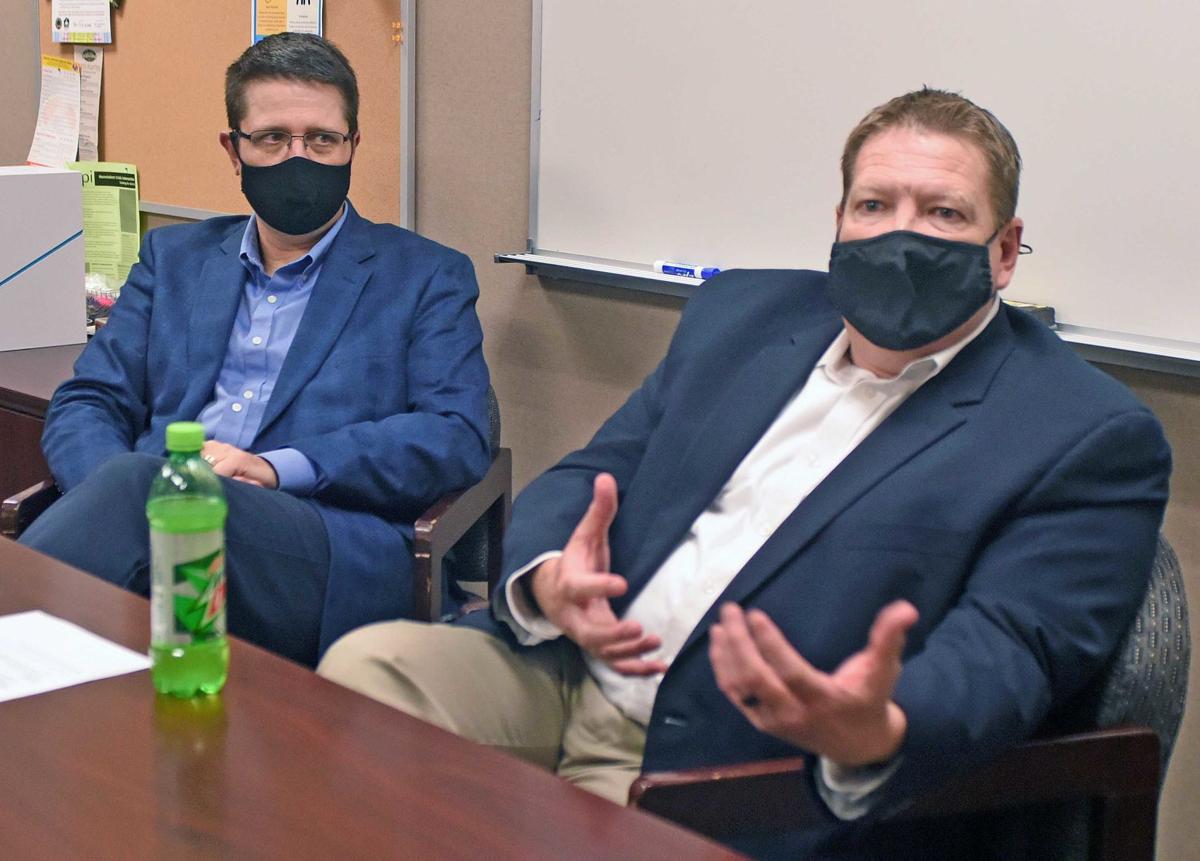 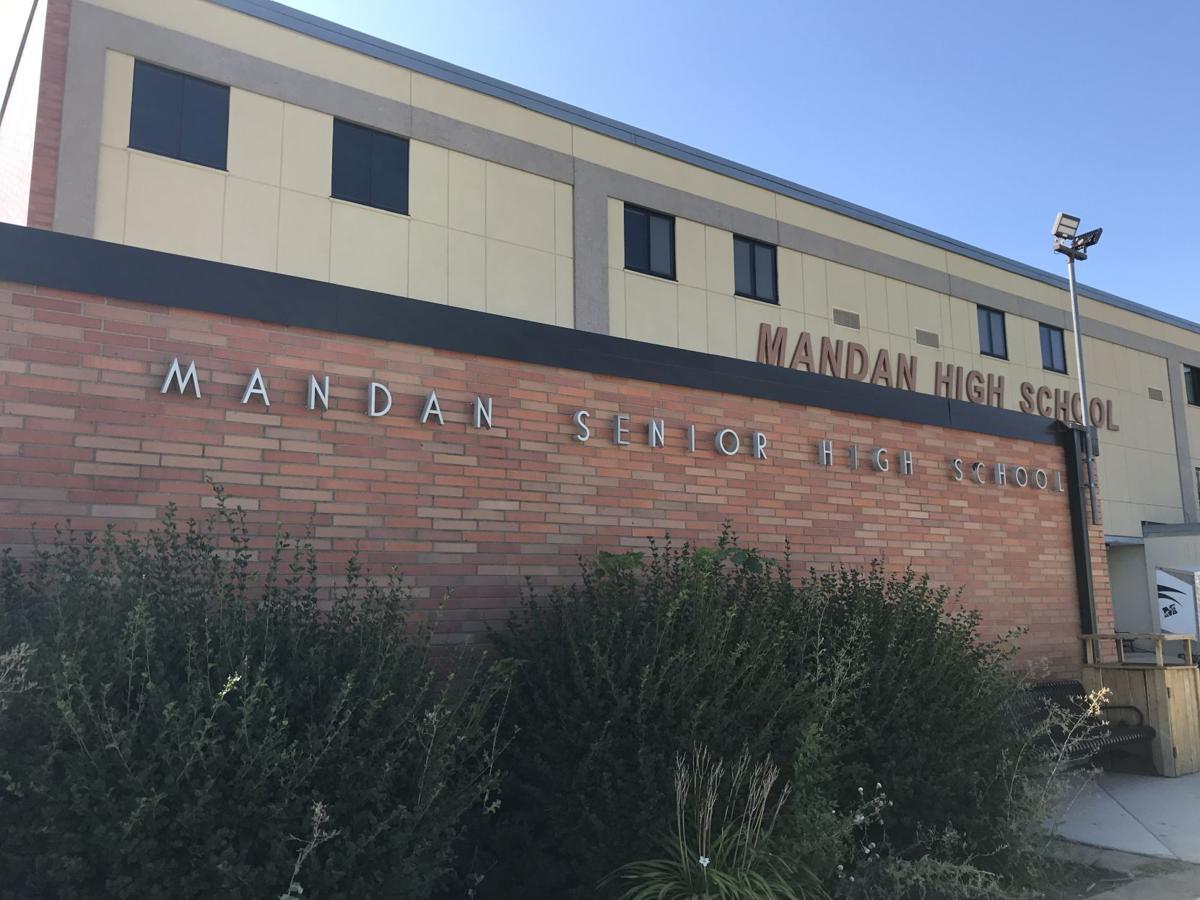 Mandan voters will decide Tuesday whether to fund two new schools within the city's school district.

Mandan Public Schools is holding a special election on an $84 million bond issue to build an elementary and high school as enrollment continues to climb.

If passed by 60% of voters, the bond would fund a new elementary school in the Lakewood area and a new high school at a yet-to-be-determined site. The school board approved the special election in February after a district survey of Mandan residents found that a majority of respondents were in favor of building the new schools and that most said they would support a $90 million bond.

The impact of the bond on property tax was initially calculated to be around $120 per $100,000 of value. The district announced last week that it will put almost all of the $11.4 million of federal COVID-19 money it will receive toward the cost of building the schools. That extra money lowers the projected tax increase by about $20. The district was aware it was going to receive aid but sought more clarification from the Department of Public Instruction to ensure it could be spent on the schools.

The school district has grown by 1,025 students since the 2007-2008 school year, and more than half of the increase has come since 2014. District data projects another 416 students in the next four years, which Assistant Superintendent Jeff Fastnacht said is the same size as one of the larger elementary schools.

Business Manager Ryan Lagasse said the district is working to select a location for the high school out of three possible options. The district is trying to confirm cost estimates to avoid any surprises, Superintendent Mike Bitz said.

District Finance Committee member Wayne Papke told the Tribune that he is in favor of the bond because he wants education to be adequately funded but he worries about the price tag, given the COVID-19 pandemic and the rising cost of construction materials and the tax burden on residents.

Millions will have to be spent on the high school regardless of the election's outcome, Bitz said. The school's boiler is past its useful lifespan. Replacing it would require upgrading the school's electrical system, and at that point, the school would have spent enough money to be required to address building code violations, all of which would run the district about $20 million. As building codes changed over time, the school was grandfathered in and did not have to fix them.

Apart from the structural issues, student enrollment is stretching building capacity. Some classes at the school, such as labs, have caps on size for safety reasons, but "class sizes are generally bigger than we'd like," Bitz said. The cost to expand and renovate the school is projected at $62 million, which is a few million dollars short of the price to build a new school.

"It's a heavy lift," Bitz said. "We need 60% of the people to say, 'Raise my taxes.' ... Schools are prohibited by law from using a sales tax. There's no other option for schools but a property tax."

The high school's enrollment is expected to climb from almost 1,200 students to nearly 1,400 in four years. The lunchroom seats about 360, and lunch hour starts before 11 a.m. and ends after 1 p.m. to accommodate all the students, Bitz said.

One mother Lagasse said he talked to told him her daughter ate lunch in her car in below-zero temperatures because there was no room in the cafeteria.

Elementary enrollment is on the rise as well. Fort Lincoln Elementary uses portable classrooms, though the permit only allows the structures for four years. Lagasse, whose children attend Fort Lincoln, said he fields questions from neighbors about the portables.

Red Trail Elementary has seen an almost 20% increase in students since it opened in 2014, according to district data. The school has had classrooms added on for extra space. The new elementary would open with capacity for 300 students and could be expanded if necessary.

As of Thursday, Lagasse had received more than 300 absentee ballot applications. Voters can cast a ballot on Tuesday at any of the following locations: Fort Lincoln Elementary School, Mandan Middle School, the Brave Center, and the Mandan Park District at 2600 46th Ave. SE. Polls will be open from 7 a.m. to 7 p.m. More information about the new schools can be found at https://bit.ly/316Yxy4.

Mandan Public Schools will put millions of federal COVID-19 aid dollars toward the construction of two new schools should voters approve the buildings.

Mandan Public Schools will hold a special election in April for a proposed $84 million bond issue that would fund a new high school and elementary school.

Survey: Residents in Mandan school district in favor of vote on new facilities

A majority of residents within the Mandan Public School District would support a public vote on building new schools, according to a survey co…