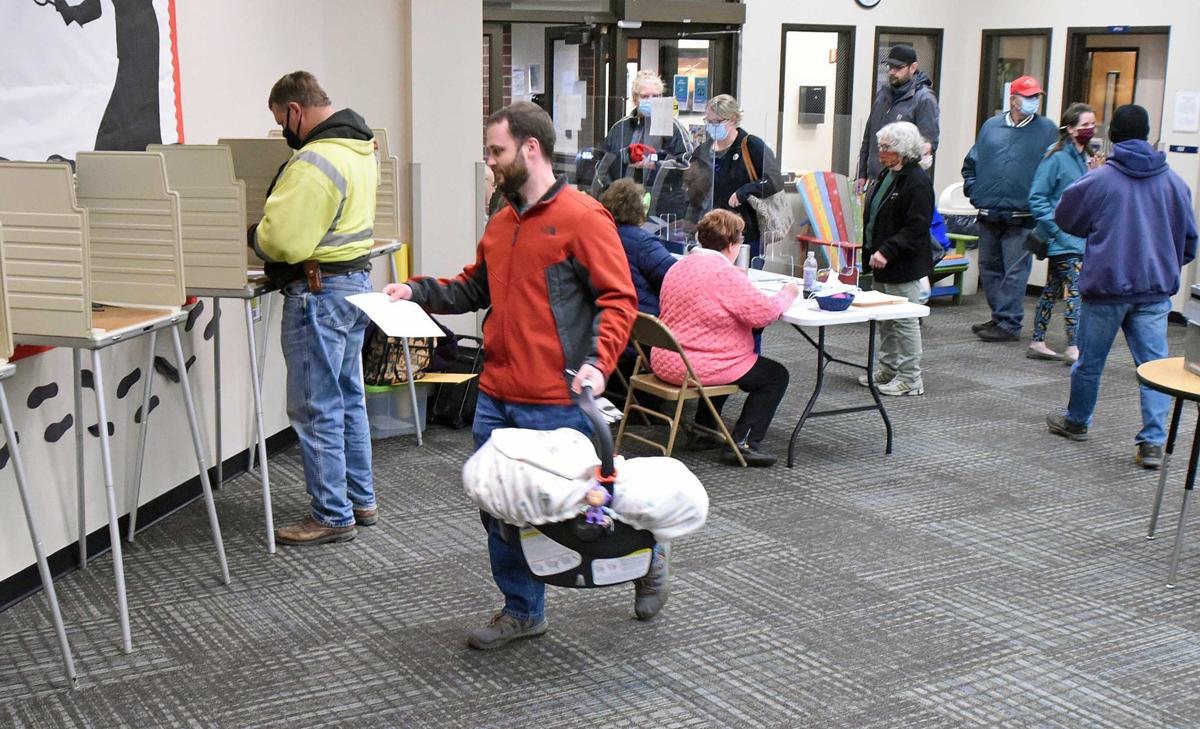 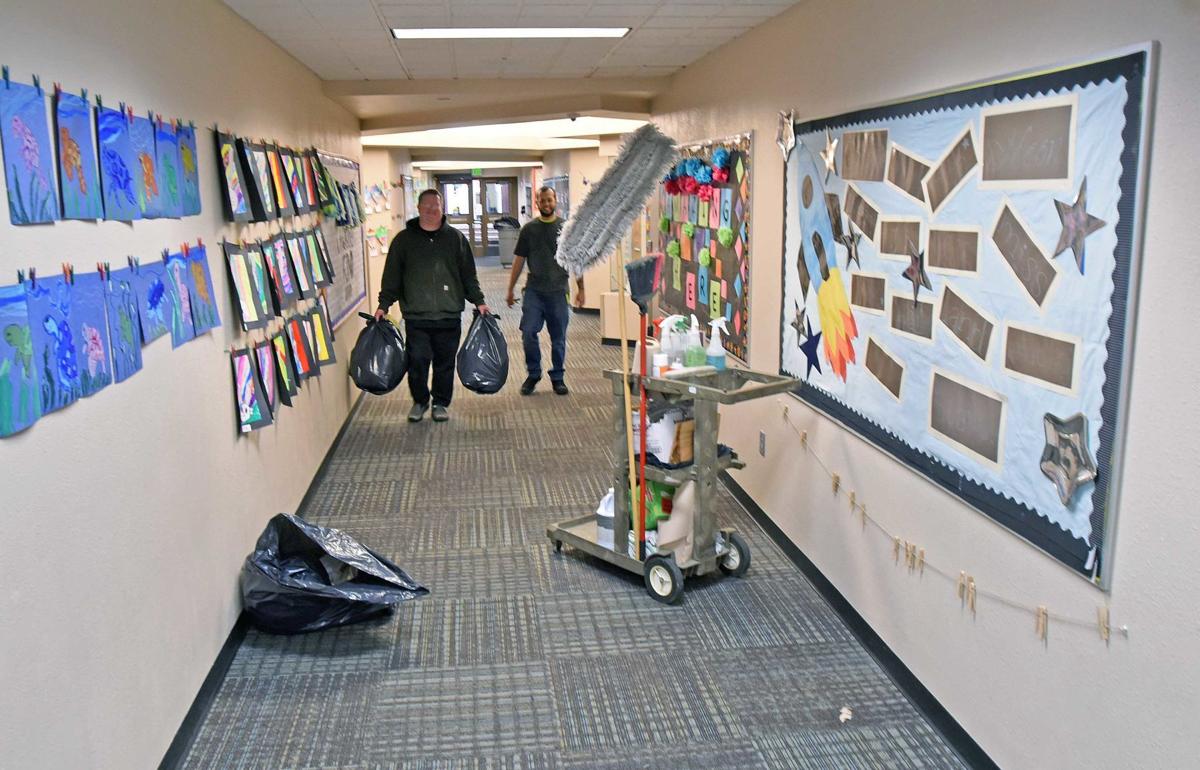 Glen Wald, left, and Damian Montalbo, both maintenance workers at Fort Lincoln Elementary, are shown in a hallway at the southeast Mandan school.

The Mandan Public School District will build two new schools after voters on Tuesday approved a multimillion dollar bond as a funding source.

Unofficial returns showed the measure passing with 78% support; 60% was required.

“Thank you, Mandan Public School residents, for voting yes and investing in our youth and our community," Superintendent Mike Bitz said in a statement. "We are grateful for those that have worked behind the scenes and will continue working to build facilities that will alleviate pressure from our growing enrollment and aging facilities."

The $84 million bond will fund the construction of a new high school and elementary school as district enrollment continues to grow.

The district also will use $9.6 million of the $11.4 million of federal COVID-19 aid it will receive to offset the property tax increase associated with the bond.

Voters to decide on new Mandan schools in special election

The school district has grown by 1,025 students since the 2007-08 school year, an increase of 34%, and more than half of the increase has come since 2014. District data projects another 416 students in the next four years, which Assistant Superintendent Jeff Fastnacht said is about the same number as the enrollment at one of the larger elementary schools.

The high school's enrollment is expected to climb from almost 1,200 students to nearly 1,400 in four years. Elementary enrollment is on the rise as well. Red Trail Elementary has seen an almost 20% increase in students since it opened in 2014, according to district data. The school has had classrooms added on for extra space.

The current high school is in need of repairs and updates to address building code violations. Its boiler is at the end of its life, and replacing it would mean upgrading the electrical system. At that point, the district would have spent enough money to necessitate fixing the code violations. As building codes changed over time, the school was grandfathered in and did not have to fix the violations. Those repairs are estimated to cost about $20 million. Renovating the high school and expanding it to accommodate the projected growth would have cost about $62 million altogether.

The district has not finalized a site for the high school. The new elementary school will be in the Lakewood area and will open with capacity for 300 students and the potential to expand.

The Mandan School Board met in a special session on Tuesday to approve two purchase agreements for the construction of a new high school.

Glen Wald, left, and Damian Montalbo, both maintenance workers at Fort Lincoln Elementary, are shown in a hallway at the southeast Mandan school.