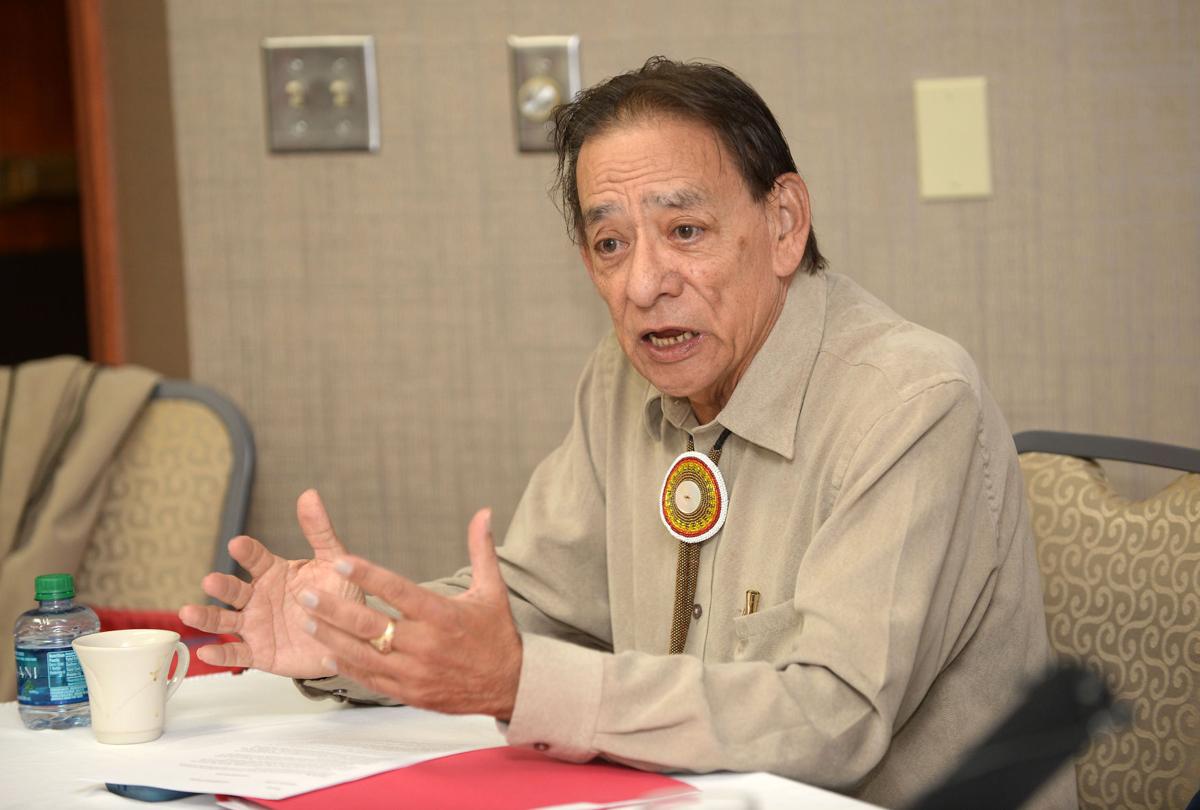 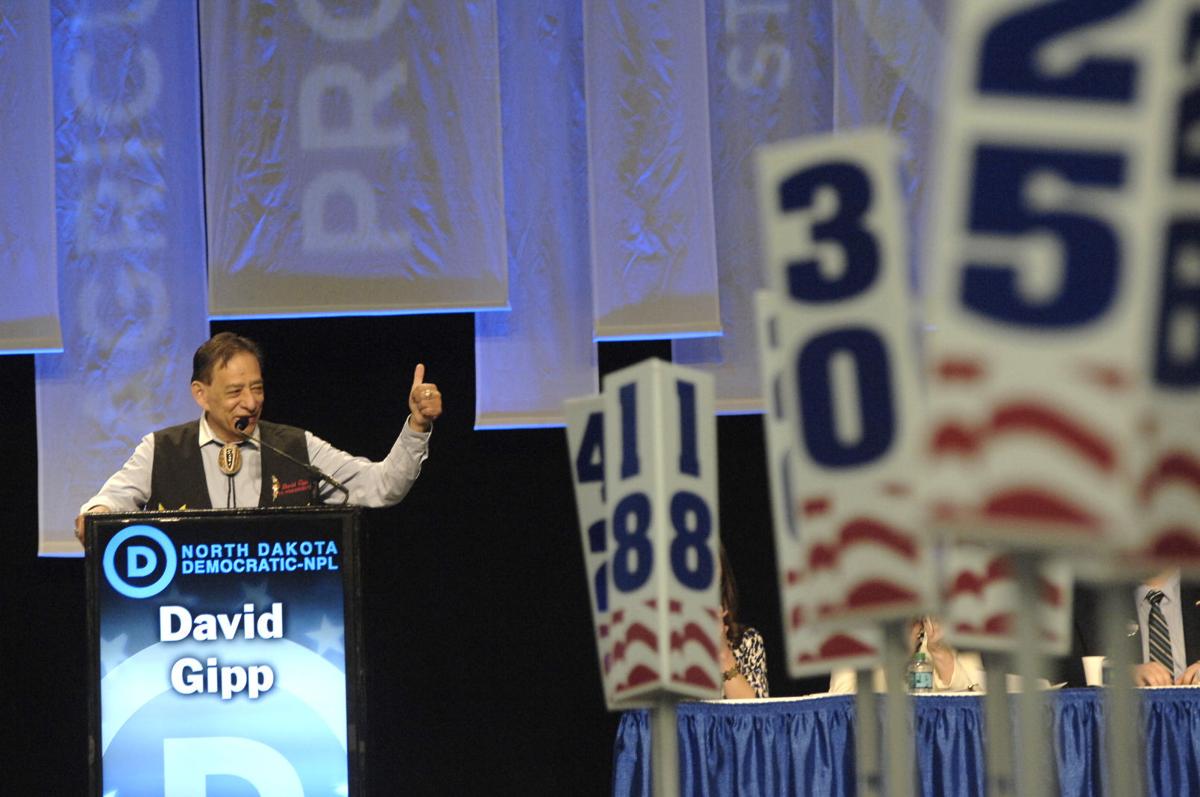 David Gipp is shown at the North Dakota Democratic-NPL state convention at the Bismarck Event Center in 2016. Gipp ran for the Legislature that year.

The Fort Yates native and member of the Standing Rock Sioux tribe was named president of the Bismarck school run by North Dakota tribes in May 1977. He served until 2015, when he moved into a chancellor role, focusing on the school’s growth and development.

United Tribes was an unaccredited work force training tribal college on the brink of closure when Gipp arrived. He transformed it to an accredited liberal arts institution that has served thousands of students from more than 75 federally recognized tribes across the nation.

The foundational groundwork that Gipp and his administration built at United Tribes during his tenure continues to benefit the college to this day, current school President Leander McDonald told the Tribune.

"At an early time, United Tribes was accredited to provide online instruction for all programs of study. And so when the pandemic hit here this last spring, we didn’t have to go and seek approval from the Higher Learning Commission in order to move to online, because we already had that certification," McDonald said. "And it's because of that good work and that foundation that was built during his time."

Gipp was a tireless promoter of the United Tribes International Powwow, according to Dennis Neumann, a retired public information officer for United Tribes and a historian of the college. He encouraged the non-native public to attend and helped cement it as one of the top powwows in the country by the time he retired.

Gipp in the mid-1990s established the Tribal Leaders Summit that now occurs annually on the week of the powwow, Neumann said. The summit helped form bonds between tribes and has resulted in numerous resolutions and policy suggestions that have benefited people living on Indian reservations.

The Lone Star Veterans Arena where the annual powwow is performed was renamed in Gipp's honor in 2018. McDonald said Gipp's Indian name was Lone Star, and he was a military veteran.

Both Neumann and McDonald noted that Gipp died on what would have been the first day of the 2020 United Tribes Technical College International Powwow, which was canceled due to the coronavirus pandemic.

Gipp, 74, was recognized as a national leader in advancing higher education for American Indians, playing a big role in national legislation assisting tribal colleges. He served as executive director of the American Indian Higher Education Consortium in the 1970s and as president of the group in four separate stints between 1978 and 2003. He also served as chairman of the American Indian College Fund in the early 2000s. He remained actively involved with both organizations until his death.

"David Gipp devoted his entire adult life to serve Native People, using his vision and activism to address injustice and improve the acceptance of Native People in the modern world," McDonald said in a statement. "As the UTTC president and as a leader for the tribal college movement, he helped thousands of students pursue education and training to uplift their lives and those of their families and communities."

The two had a cordial professional relationship and would chat about educational issues when they ran into one another in their hometown of Fort Yates. Gipp "promoted things very well" and would try to get qualified locals from the Standing Rock Tribe to teach classes at United Tribes, Harrison said.

“I was teaching at a similar institution, and it was nice to see other hometown folks really trying to better their corner of the world," Harrison said.

Gipp graduated in 1969 from the University of North Dakota -- where he was a founding member of the UND Indian Association --  and held an honorary degree from North Dakota State for his contributions in developing tribal higher education policy. He earned numerous national and community awards through the years, including 1995 Indian Educator of the Year from the National Indian Education Association and 1997 North Dakota Multi Cultural Educator of the Year. The American Civil Liberties Union of North Dakota named him a Champion of Liberty in 2008.

Upon his graduation from UND, Gipp worked as a Tribal Planner for the Standing Rock Sioux Tribe from 1969 to 1972 before serving as fiscal manager in 1973.

Gipp was the the youngest person and the only Native American delegate at the North Dakota 1971 Constitutional Convention, a referendum to modernize the state's constitution.

In 1991, Coretta Scott King presented Gipp an award for his work in helping establish a state holiday to mark the birthday of her husband, slain civil rights leader Martin Luther King Jr.

Gipp ran as a Democrat for the state Senate in 2016 but was defeated by Republican incumbent Dwight Cook. In 2017 he was inducted into the North Dakota Native American Hall of Honor at the Heritage Center & State Museum in Bismarck.

Information on memorial services for Gipp was not immediately available Friday.

Mandan Public Schools will begin discussing how to return to full-time face-to-face learning, though no timeline for a return has been set.

Fargo attorney Joseph Wetch Jr. has abruptly resigned from the ND State Board of Higher Education less than two months after he was appointed.

David Gipp is shown at the North Dakota Democratic-NPL state convention at the Bismarck Event Center in 2016. Gipp ran for the Legislature that year. 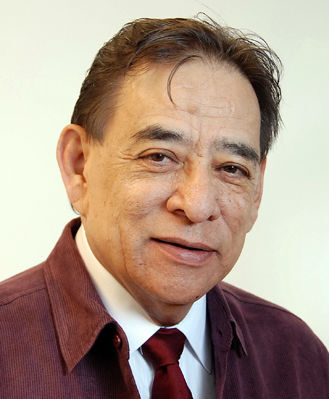