Brittney Griner back home in US after Russian prisoner swap. Follow live updates 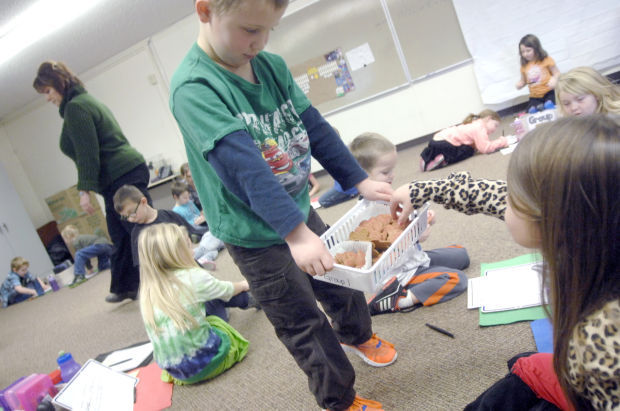 Lincoln Elementary School kindergarten student Hunter Silbernagel hands out gingerbread cookies to his classmates as part of an activity held last week in Lincoln. Teacher Laurie Ronnigen, back, had the children eat the cookies and then each student would interview one another about how the cookie tasted and if they liked it. The interview would end with a handshake. 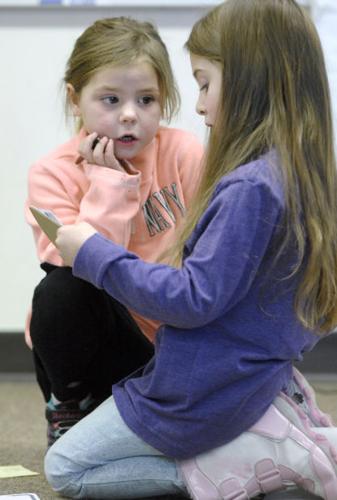 Knowledge is power, as the popular saying goes. And changes in the standards for education are bound to face obstacles.

This year, North Dakota schools have been working to fully implement the Common Core standards in English language arts and mathematics.

The standards were adopted by the state in June 2011. Assessments based on the new standards will start for all students in the spring of 2015.

The English and math Common Core standards have been adopted by 45 states and the District of Columbia.

The Common Core “will continue the government expansion plan,” Sue Henke, a member of a group opposing the standards, said at one of the group’s meetings.

Henke said the Common Core will give the government access to large amounts of data about students and their families.

“There are some people who see a bogeyman around every corner,” North Dakota United President Nick Archuleta, said of the idea that Common Core is a federal government takeover.

Among state and local educators, there seem to be many more proponents than critics. The state Department of Public Instruction supports the Common Core since it is the agency that adopted it. North Dakota United, which represents at least 80 percent of the state’s teachers, also supports the new standards, as do Bismarck and Mandan administrators.

The Common Core standards are not a specified curriculum, a common misconception.

Standards dictate broad concepts and skills students should have at each grade level, while a curriculum entails the resources, textbooks or projects used to teach students those ideas.

The curriculum for schools is decided by local school districts. Daily lesson plans are up to individual teachers.

For instance, the English standards in Common Core for kindergartners expect them to be able to read at a certain complexity — recognizing that spoken words are represented by written words and knowing to follow words left to right.

At the local level, Bismarck kindergarten teachers implemented that, in part, by deciding kindergarten students should be able to recognize on sight 75 high-frequency words — “the,” “of,” “as,” “you,” “is,” “are” and so on — rather than the 40 words that made up the previous standard.

It is just one example of how teachers have been working to translate the standards to their classrooms, said Bismarck Superintendent Tamara Uselman. Teachers are the real heavy-lifters for the implementation, she said.

North Dakota adopted Common Core the way it adopts any new education standards. A group of 60 teachers from across the state studied the standards, compared them to the previous state standards and recommended them for adoption. In September 2010, the Department of Public Instruction sought public comment on the standards.

So far, implementation of the standards is going very well, Baesler said. Mainly, teachers are indicating that they desire more time to familiarize themselves with the standards and more professional development related to the Common Core, which DPI is working to provide, Baesler said.

Archuleta echoed the sentiment, saying teachers just want to know they are providing the best education for students. So far, he said, the rollout has been a little inconsistent across the state, but both the union and DPI are working to help teachers become more comfortable with the changes.

Common Core is more rigorous than the previous standards. It aims to ask deeper questions rather than try to cover a wider base of knowledge at a superficial level.

Lincoln Elementary School kindergarten teacher Laurie Ronnigan, who has been teaching in the school district for more than 20 years, often has her students explain what they think an answer to be and why. Other students will chime in whether they agree or disagree and why.

Kindergartners are easily capable of that kind of basic critical thinking, she said, and her students are thriving.

In her class, 15 of the 22 have already reached proficiency with 40 of those sight words and one third of the class know 50. They should easily surpass that 75 sight words mark, Ronnigan said.

Some teachers were worried students might struggle with the increased rigor, said Bismarck High School algebra II and geometry teacher Sara Kincaid. But, from what she’s seen, Kincaid said students are more than rising to the challenge.

The emphasis on problem-solving and application is more engaging for students, Kincaid said. If she is teaching polynomial equations in algebra II, for example, Kincaid will start the class with a problem around roller coaster design. Through discussing polynomial equations, a student may offer part of the answer to the roller coaster problem and another student can then build on it, until it is solved.

It gives students something to invest in right away, Kincaid said.

Kincaid believes the Common Core will leave students better prepared for college or a future career.

It is that idea of career- and college-readiness that was a driving force behind adoption of the standards, Baesler said.

Remediation rates — the number of students who have to take remedial classes in college — ranges from 14 percent to 34 percent across the state.

Something has to change, Baesler said. The Common Core is not the only solution, she said, but it is a step in the right direction.

“The Common Core is not the magic bullet,” she said. “It is just a piece of the process.”

The standards offer consistency and clarity of what is expected at each grade level across the state and even across the country, said Bismarck Assistant Superintendent Fran Rodenburg.

That already has been incredibly useful for teachers, parents and students, she said.

Working to implement the standards has created a very collaborative environment for the teachers, Rodenburg said.

The style of teaching now is changing from a “sit and get” model to “stand and do,” Uselman said. It means less of the traditional model of a teacher lecturing and students regurgitating information. They could learn that faster on their cellphones, Uselman said.

Schools need new standards for the new era, she said. Schools do students a disservice, she said, if they prepare them for the digital world with standards written for the pencil and paper era.

“I think — I know — student engagement is much deeper when you get a class to work together on things they care about,” Uselman said.

It’s about helping students be lifelong learners and creating standards that are critical and enduring for them, Rodenburg said.

“We’re encouraging students to take a larger role in their own learning,” she said.

It will likely take a few years to fully transition students over to the new standards. The state assessments will show a dip in scores at first, administrators say, but that’s to be expected.

Over time, the proof of the positive effects of Common Core will be in the results, said Archuleta.

“I think it’s the best chance we have for a level playing field for all students across North Dakota and across the country, for that matter,” he said.

School data will not be safe in Common Core

Just thought I would fill in some of the information ignored in the paper on Common Core (“Changing the standards,” Dec. 29).

Not everyone is happy with the new Common Core standards. One local group has met twice so far to talk about strategies to oppose the new standards.

Apollo lifted out of Versailles' gardens for restoration

Apollo lifted out of Versailles' gardens for restoration

Tom Brady and Stephen Curry under investigation after FTX collapse

Tom Brady and Stephen Curry under investigation after FTX collapse

Lincoln Elementary School kindergarten student Hunter Silbernagel hands out gingerbread cookies to his classmates as part of an activity held last week in Lincoln. Teacher Laurie Ronnigen, back, had the children eat the cookies and then each student would interview one another about how the cookie tasted and if they liked it. The interview would end with a handshake.