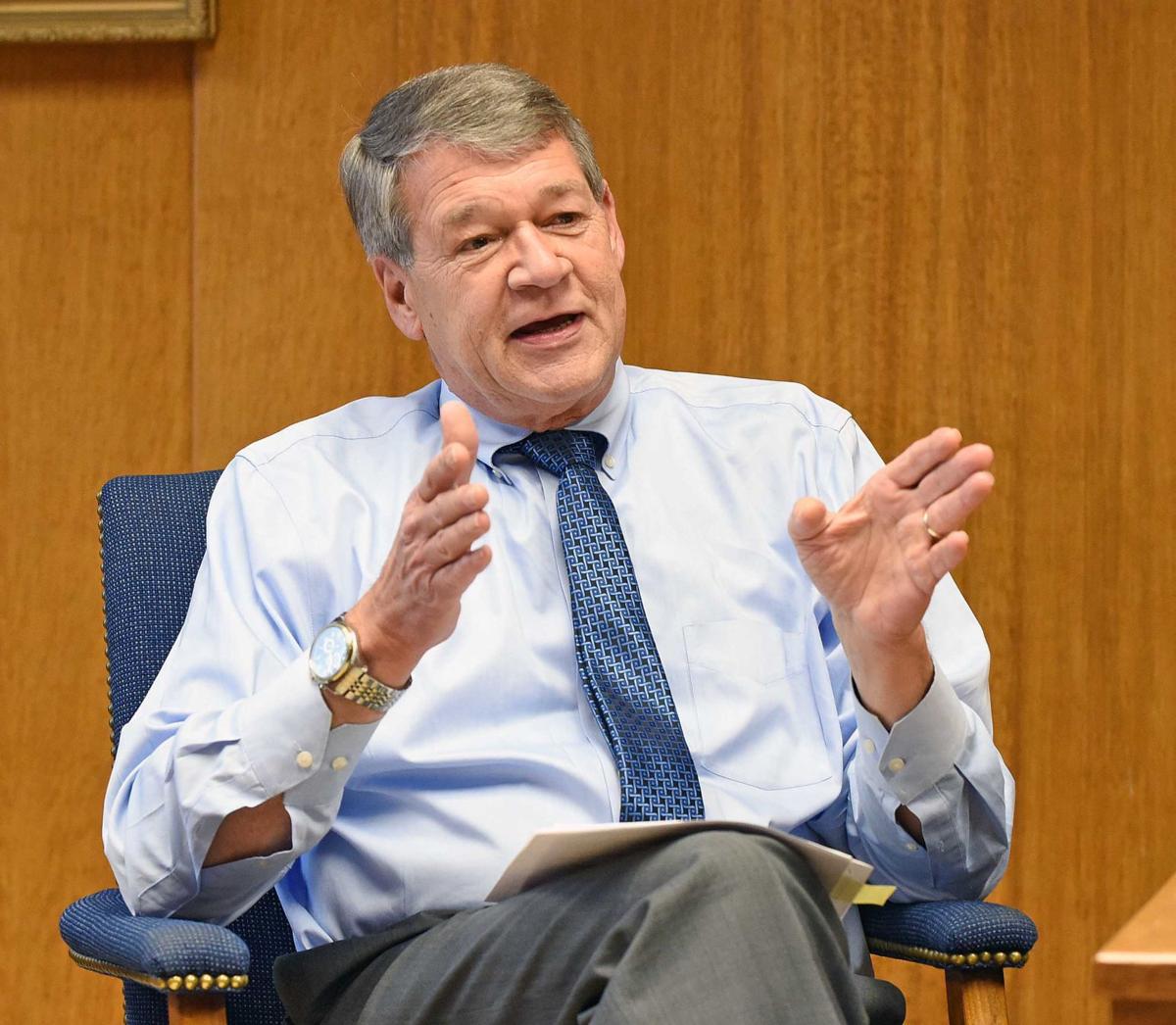 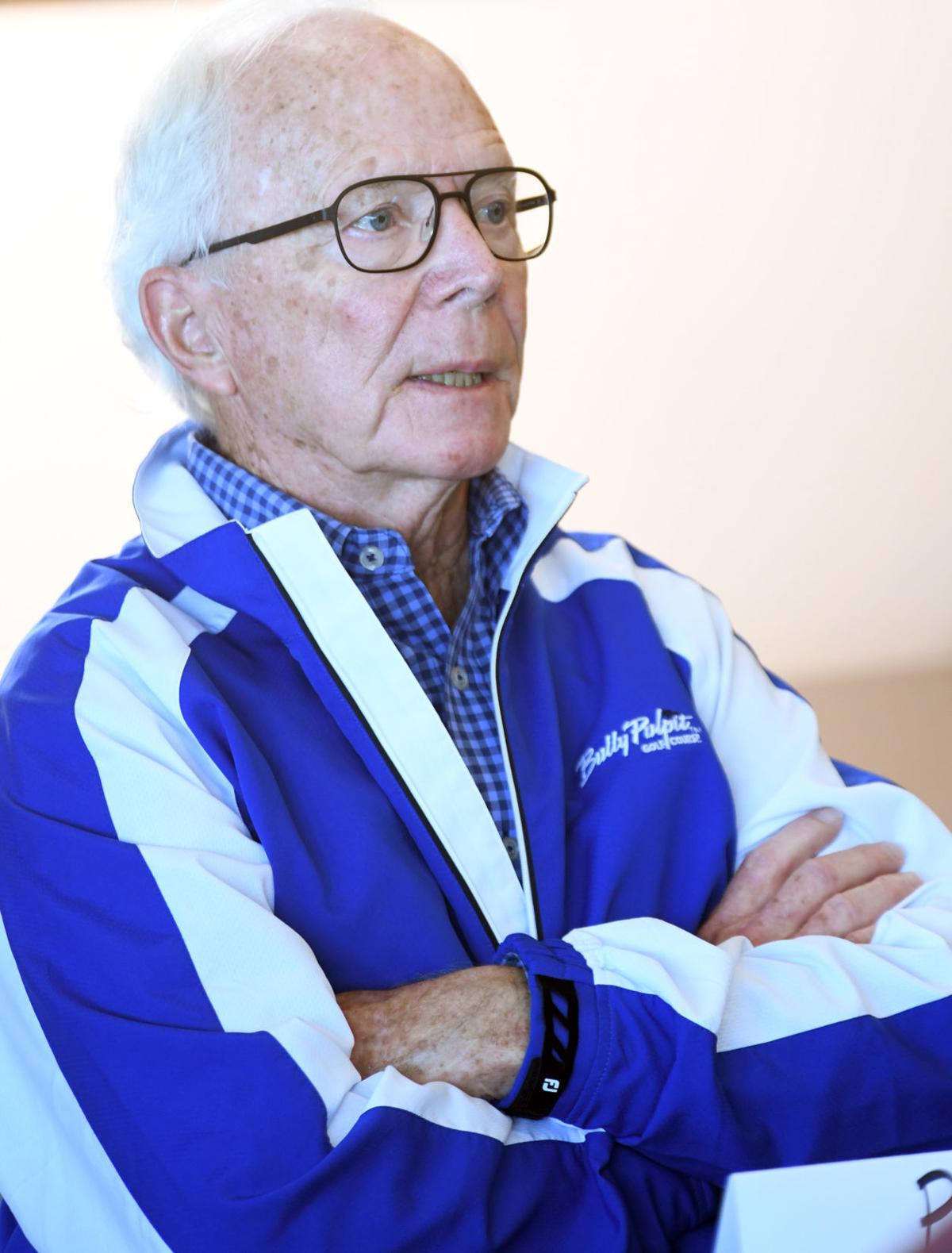 Craig Bjorland didn't get to see his stepdaughter graduate from military basic training in 2017.

"I flew to Texas to go to her graduation and I wasn't allowed on base because of my marijuana charge," he said.

Instead, he drove around Dallas in a rental car to kill time.

In 2010, Bjorland was pulled over and arrested for what he said was a small amount of marijuana and paraphernalia. He paid fines and completed community service for two misdemeanor offenses.

Now those convictions are gone.

Gov. Doug Burgum pardoned Bjorland and 15 others last month in the first round of pardons under a new policy to streamline the process for people with low-level marijuana offenses. A pardon essentially removes guilt for an offense.

Pardons for pot offenses just got easier in North Dakota

Bjorland, 37, read about the new policy in the daily news and applied. He had almost forgotten about his application when his pardon arrived by mail months later.

"I thought I didn't get it because I didn't meet some requirement or something, so when the certificate came in the mail, it was pretty cool. I called my mom," said Bjorland, a construction contractor living in Christine, a small town south of Fargo.

He's also spread the word to other people with similar convictions.

"Good for him," he said. "Anything that will help spread the word will be useful."

Twenty-six people applied in each of the first two rounds of applications, an unexpectedly low number to Stenehjem.

Stenehjem has estimated as many as 175,000 cases going back decades could be eligible under the new policy.

North Dakota's Pardon Advisory Board in July approved the policy change easing the process for pardons for convictions in North Dakota of marijuana possession or ingestion or paraphernalia possession.

An applicant is eligible under the new policy if he or she has not violated any criminal laws within five years prior to filling out the application, which is 1½ pages and free. The policy does not cover convictions for intent to deliver marijuana, or for manufacturing or delivering the drug.

The board might further adjust the new policy, Stenehjem said, such as reducing the five-year waiting requirement. Also, the board meets twice a year but could hold special meetings if a lot of applications come in, he said.

"We just wanted to start out conservative and see how it works and see about going further," Stenehjem said.

Board Chairman H. Patrick Weir, a retired judge, said he'd be in favor of reducing the five years if that might attract more applicants.

"There was never any intention that the five years was unalterable," Weir said. "We were, I think, a little bit surprised that more people didn't apply, and that's our public policy goal, particularly with younger people, to remove this kind of ongoing disability, so to speak, from their record so that that doesn't stick with them; so absolutely, I think we'll be talking about it."

Bjorland attributes the low number of applicants to lack of interest or knowledge of the policy. A lot of people probably don't care or read the news, he said.

Burgum said the pardons "can offer individuals a second chance at a successful, healthy and productive life and help address our state’s workforce shortage."

'Just continue to promote it'

The attorney general, who sits on the five-member Pardon Advisory Board that makes recommendations to the governor, has sought to publicize the new pardon policy after the low turnout of applicants.

So far, Stenehjem has notified all the attorneys in North Dakota in an email, arranged for a story in the State Bar Association of North Dakota's quarterly magazine and met with media for news stories.

"Short of spending money, which we don't have an appropriation for, I don't know what else we can do except to just continue to promote it," he said.

Court officials do wonder about redacting pardoned marijuana offenses from within a multicount complaint. It's not as easy as blocking out a conviction for one charge, as a whole caseful of documents could reference all the charges, Holewa said. It involves striking a balance between redacting information of pardoned offenses while maintaining the rest of the file as open, she said.

Stenehjem said anyone can request a pardon, and the board can look at applicants on a case-by-case basis.

Marijuana legalization could be on North Dakota's 2020 ballot. Two groups have proposed measures to legalize the drug. The Legislature's interim Judiciary Committee is studying the potential impacts.

Stenehjem said he doesn't think recreational marijuana would make society safer or healthier. But he feels "that the penalty ought to be commensurate with the level of the offense."

"That's why I also think people who have a conviction back in their life shouldn't have to carry that burden around with them forever," he said. "So I think it's a reasonable, realistic approach that's fair."

The Pardon Advisory Board will next meet April 14 to consider the second round of applications. The next deadline to submit applications is Aug. 12, for consideration at the board's Nov. 10 meeting.

Bjorland encourages people to apply. The online form is like any other application, he said. He wrote his by hand.

Bismarck police are searching for a suspect in connection with a stabbing early Friday.

A Mandan man accused of being part of an April 17 plot to rob a man after luring him to a car wash will go to trial in August, court records show.

North Dakota's Department of Corrections and Rehabilitation is moving into phased reopening of visitation at its facilities.

An 80-year-old Hazen man accused of pointing a gun at several people has pleaded not guilty to 17 felonies and two misdemeanors.

Three Minot men were arrested Sunday in Beulah after authorities say they found dealer amounts of three kinds of drugs in a vehicle.