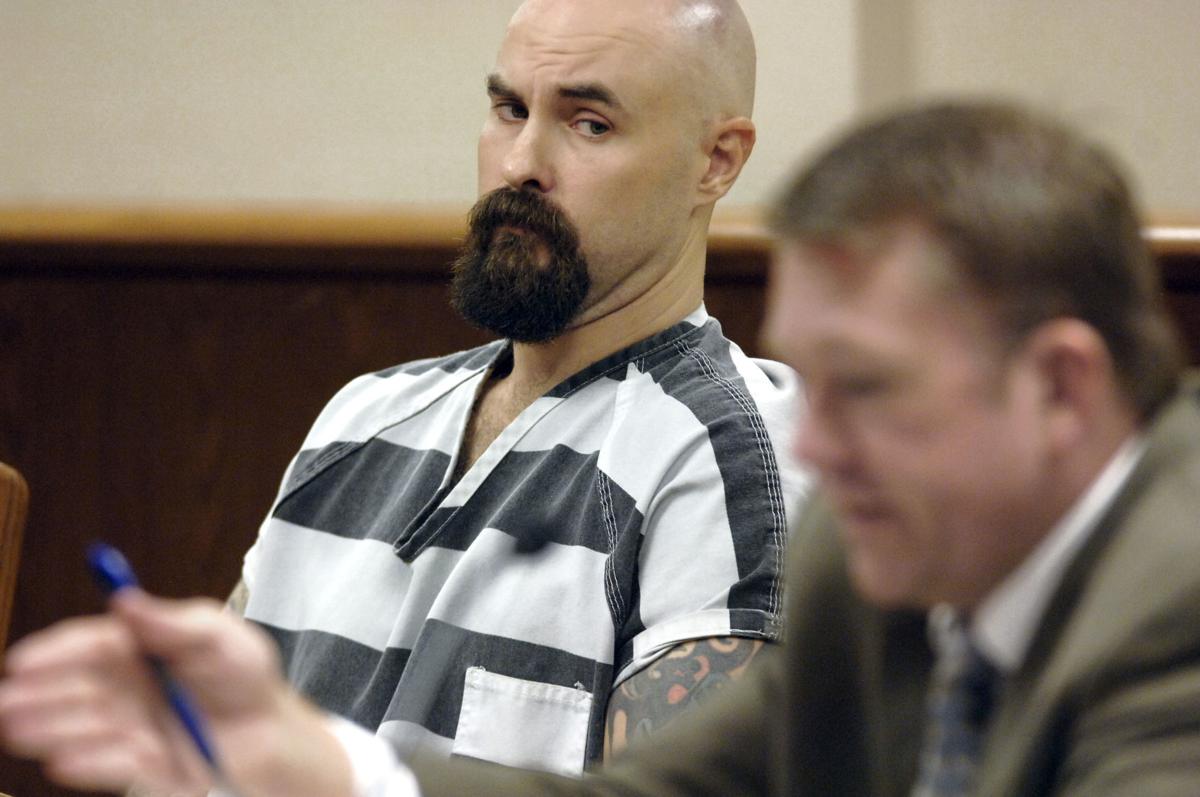 John Bridges, left, pleaded guilty to the kidnapping and murder of Lee Clay during his arraignment Aug. 9, 2012, at the Burleigh County Courthouse in Bismarck. 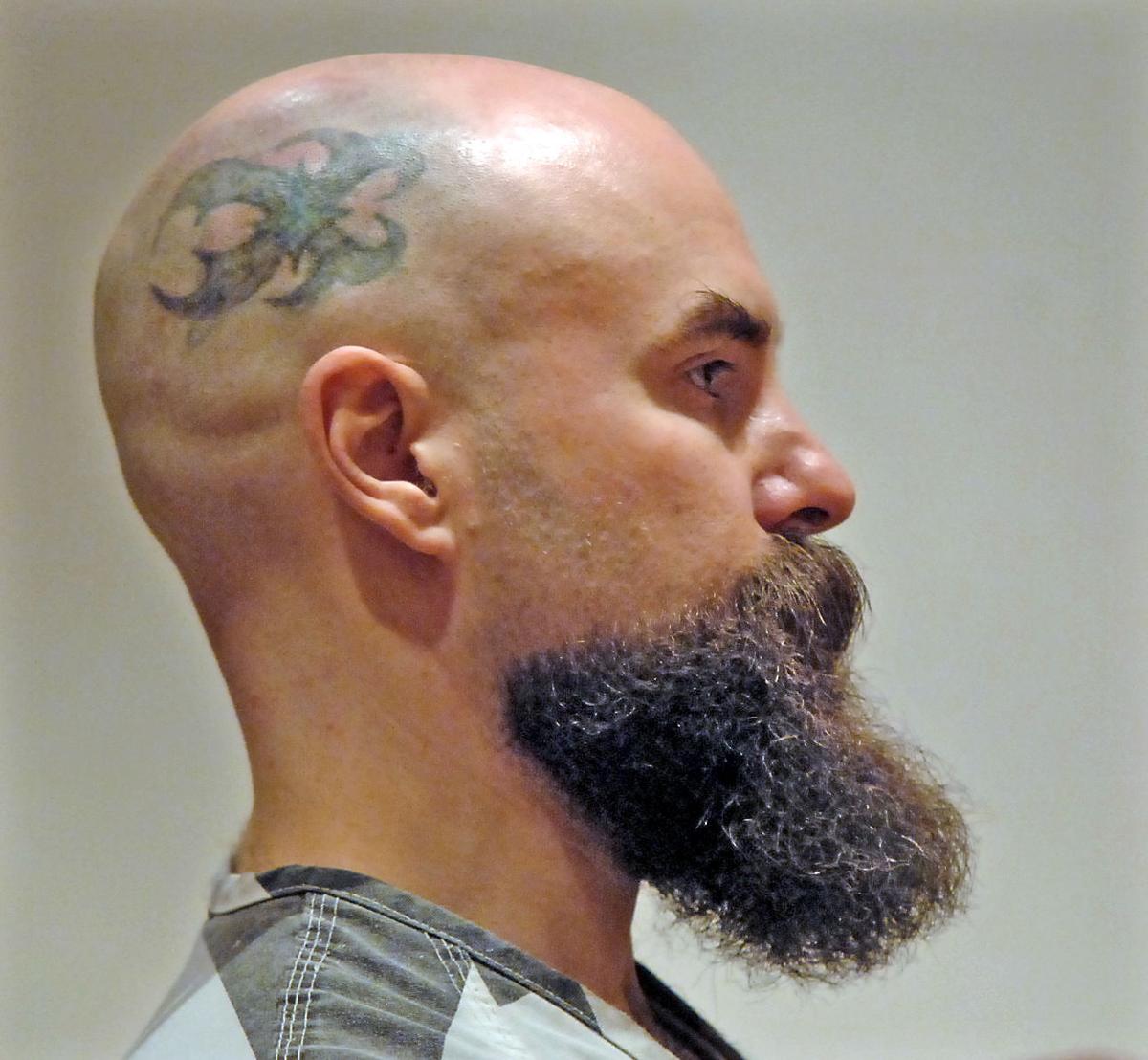 John Bridges was sentenced to life in the North Dakota State Penitentiary without a chance of parole for the slaying of Lee Clay in 2012.

A man serving life in prison for kidnapping and killing another man in Burleigh County nine years ago has lost an appeal to the North Dakota Supreme Court.

Justices ruled in part that John Clark Bridges had not presented evidence establishing that he suffers from a mental illness.

Bridges, who is in his early 50s, is serving a life sentence for the July 2012 murder of Lee Clay, along with 20 years for kidnapping Clay plus an additional 40 years for possessing contraband and stabbing a correctional officer at the North Dakota State Penitentiary with a knife fashioned out of a piece of metal in August 2013.

Bridges admitted to forcing Clay into his van on July 6, 2012, and killing him during a struggle on Interstate 94 in Burleigh County. He pleaded guilty to the charges.

Bridges told investigators he met Clay and another man through work in Bismarck and planned to kill them after having a dream about them that made him suspicious. He decided he could handle only one of them at a time, so he drove Clay east of Bismarck. Bridges told investigators Clay tried to fight him with a hatchet from the back of the van, and Bridges stabbed Clay and hit him with the hatchet.

Bridges is considered so dangerous that he made his court appearances in the prison guard stabbing case from the State Penitentiary so officials would not have to face the safety concerns of transporting him to the Burleigh County Courthouse a short distance away. South Central District Judge Bruce Romanick told Bridges during sentencing in that case that "You're a dangerous person." Bridges was moved to a Federal Bureau of Prisons super-maximum security facility a few months later.

Bridges in his Supreme Court appeal of 2019 lower court decisions denying his applications for postconviction relief said mental illness -- paranoid schizophrenia -- prevented him from understanding the charges against him, aiding in his defense or filing a timely application for relief.

The lower court ruled that Bridges' applications were untimely and that his competency was fully evaluated at the time of his convictions. A licensed psychologist who evaluated Bridges twice after he was charged in 2012 said Bridges had antisocial personality disorder with paranoid features, but no signs of a mental illness such as schizophrenia that would have rendered him unable to know that what he was doing was wrong.

Bridges had a criminal history before his time in North Dakota. As a juvenile in the 1980s he was convicted in adult court in Illinois of voluntary manslaughter, along with other charges related to a shooting. He later was convicted of aggravated battery on multiple occasions.

A judge has dismissed a felony charge against a woman police say transferred more than $300,000 from a joint account to her own in the last two years.

A Mandan man charged with theft after he cashed a check given to him as part of a divorce settlement will go to trial in May.

A Bismarck man accused of paying a teenage boy $100 to break into a home and steal money owed in a drug debt will stand trial in April.

A Mandan man who has had two opportunities at probation following a Mandan break-in was sentenced to three years in prison after committing more violations.

John Bridges, left, pleaded guilty to the kidnapping and murder of Lee Clay during his arraignment Aug. 9, 2012, at the Burleigh County Courthouse in Bismarck.

John Bridges was sentenced to life in the North Dakota State Penitentiary without a chance of parole for the slaying of Lee Clay in 2012.