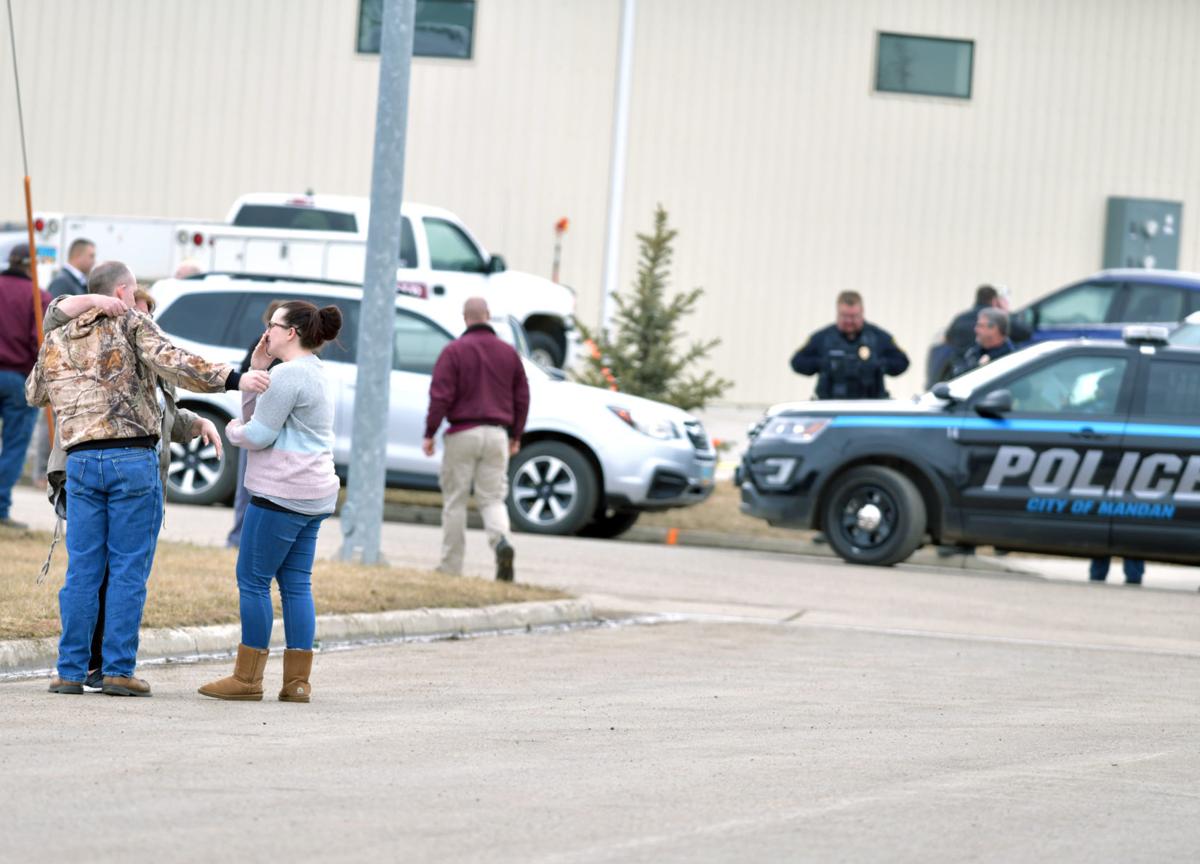 Family and friends console one another at the scene near the south side of the RJR Maintenance and Management building in southeast Mandan on April 1, 2019, as Mandan police officers and state Bureau of Criminal Investigation agents work in the background.

RJR co-owner Jackie Fakler, front, with support from company employees in back, reads a statement to reporters in tribute to her husband Robert Fakler, and Bill and Lois Cobb and Adam Fuehrer in April 2019 at the RJR office in Mandan.

Mandan Mayor Tim Helbling can't compare anything he's experienced in his time as mayor to what happened on April 1, 2019.

There is “always that sadness” when the topic of the homicides comes up, Helbling said. But the community came together, especially for those caught up in the tragedy.

Neighboring Midway Lanes offered space to RJR staff for gathering, and for supporters to leave gifts and donations. Family and friends attended a combined memorial service. GoFundMe accounts were established to benefit survivors.

“It’s one of the things I love about Mandan,” Helbling said. “When you’re down, there are many people around to help you up.”

Washburn chiropractor Chad Trolon Isaak, 45, was arrested three days after the slayings and charged with four counts of murder. He waived his May preliminary hearing and pleaded not guilty.

He is held at the Burleigh Morton Detention Center in Bismarck in lieu of $1 million cash bail and is scheduled for a jury trial beginning in late November. His attorneys on May 4 will argue to suppress certain evidence and seek a change of venue.

Police gathered a range of items from the crime scene at RJR's office in Mandan and Isaak's home and business in Washburn, according to officers' affidavits and search warrant receipts.

Court records say investigators found suspected evidence in Isaak's home including clothing, parts of a handgun, a knife and used shell casings, among other items with an odor of bleach.

Police combed through surveillance footage, bank records, and Facebook and phone data in their probe. The only apparent connection between Isaak and RJR was that he lived in a mobile home park the company managed.

No motive for the killings has ever been established, said Lori Flaten, Mandan’s deputy police chief.

“The investigation is complete. We’re just waiting for the court process to go through,” she said. “If something new came in we’d look at it, but there hasn’t been.”

Morton County Assistant State’s Attorney Gabrielle Goter, who is prosecuting, did not return a phone call or an email regarding the case. Lead defense attorney Rob Quick declined to discuss specifics of the case, though he said its discovery process is ongoing. He said Isaak is “very much looking forward to his day in court.”

The year that has passed “has proven to be trying and a fight,” RJR said in a statement that also said the company “has come out on top of this.”

“We have learned just how precious life is, and how unpredictable it can be, but also, just how much we need to appreciate every aspect of life,” RJR said.

The company issued the statement after the Tribune was declined an interview with owner Jackie Fakler, Robert's widow.

RJR said Fakler has “stood strong and resilient amidst of what seems like a complete nightmare.”

“RJR Maintenance & Management’s staff would agree that her leadership and strength through this major (life) altering event has inspired us all in not only our professional lives, but also our personal lives,” the statement said.

The past year was marked by changes in responsibility as staff members stepped up to fill the vacant roles, RJR said. The company has received an “overwhelming amount of support” during the year, it said.

In honor of the four victims, the company will observe a day of silence on social media on April 1, as well as award two scholarships to local students at a later date.

Any student planning to attend college is eligible, and RJR will look to the community for nominations. The scholarships -- one of $250 and another of $500 -- can be used by the recipients for any college expenses.

The community support for RJR is one of the things that has been most evident in the past year following an event of the type “that just doesn’t happen in our area,” Helbling said.

“It was tragic, but a feeling of pride came out of it,” he said.

A Mandan man is accused of firing several shots in the air outside a Main Street bar on Wednesday night. No one was hurt.

Mandan police are investigating the death of a man at a local mobile home court that could be a possible homicide, according to a news release…

A woman accused in a scheme to lure a man to a Mandan car wash and rob him appeared in court Thursday and had bond set at $2,500 cash.

A Bismarck man is accused of striking an Uber driver in the head, then choking him when he pulled over.

Three felony charges have been filed against one of the drivers involved in a fatal two-vehicle crash last week in Morton County.

Family and friends console one another at the scene near the south side of the RJR Maintenance and Management building in southeast Mandan on April 1, 2019, as Mandan police officers and state Bureau of Criminal Investigation agents work in the background.

RJR co-owner Jackie Fakler, front, with support from company employees in back, reads a statement to reporters in tribute to her husband Robert Fakler, and Bill and Lois Cobb and Adam Fuehrer in April 2019 at the RJR office in Mandan. 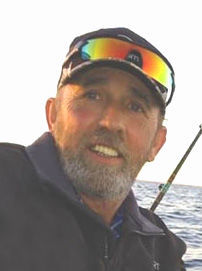 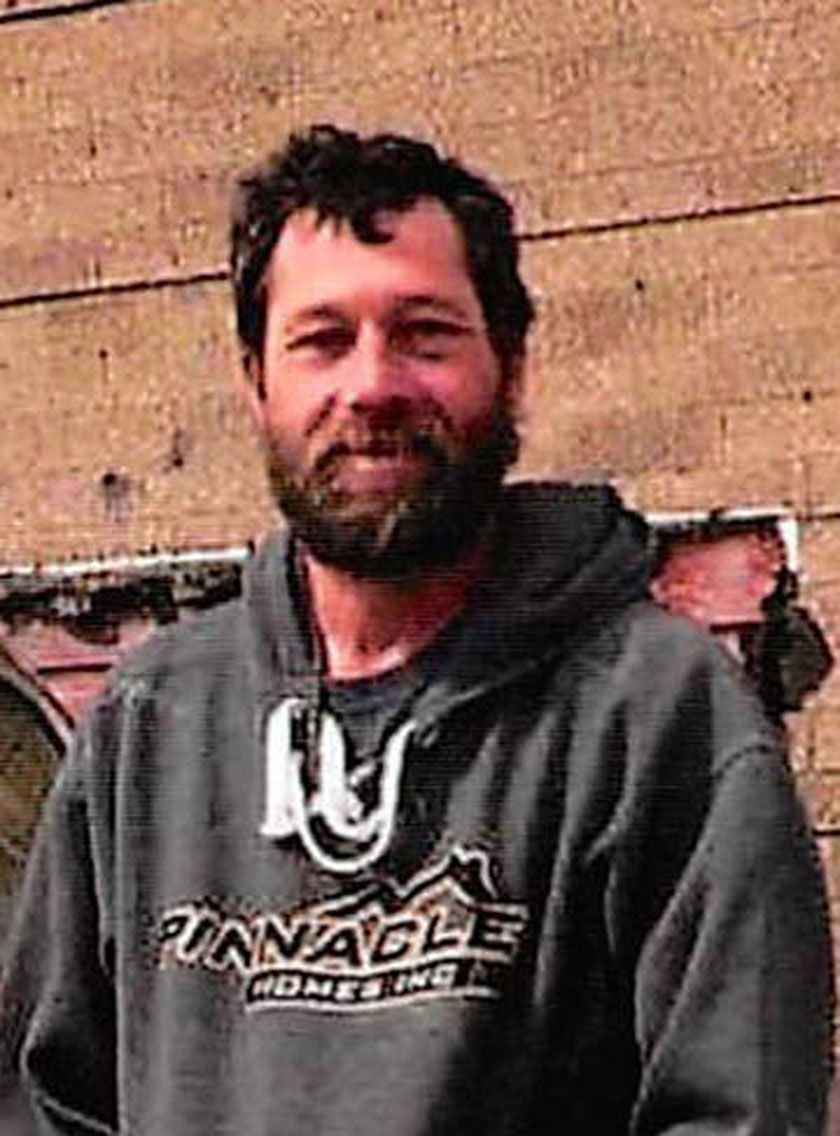 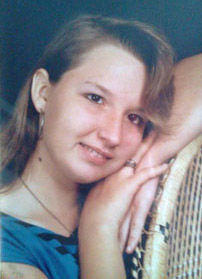 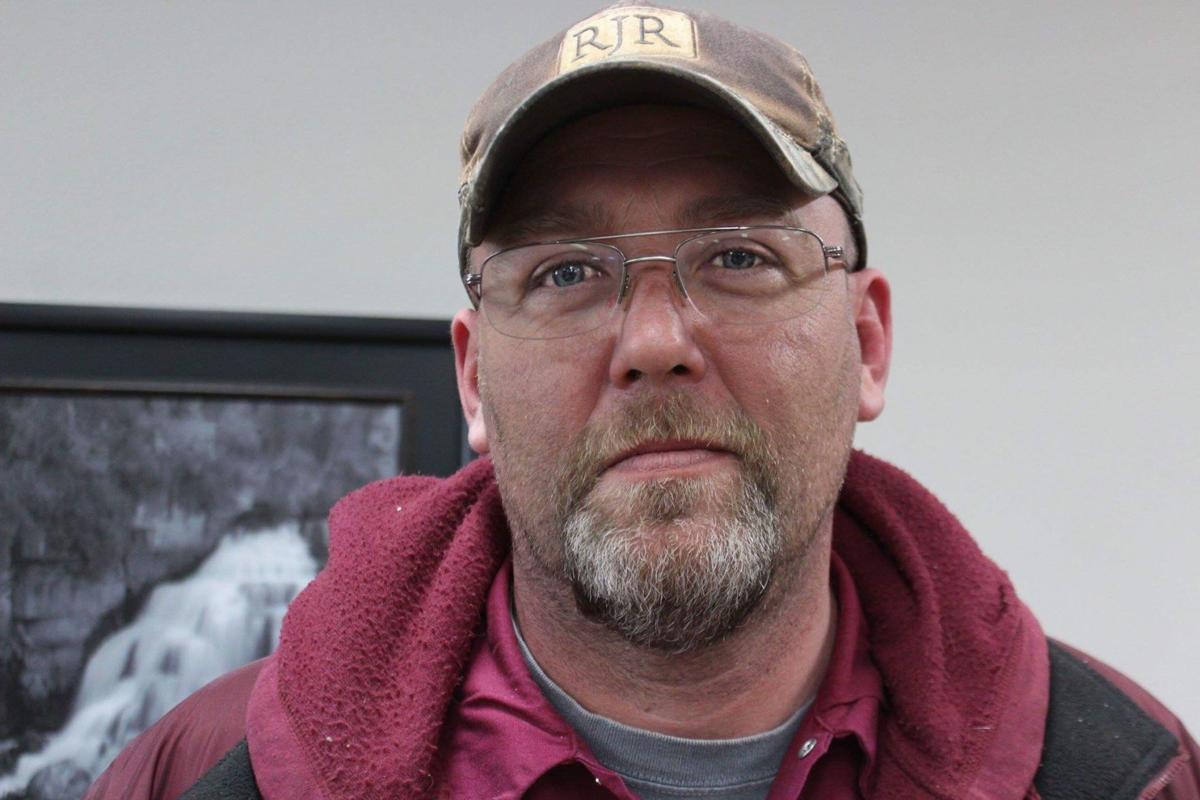