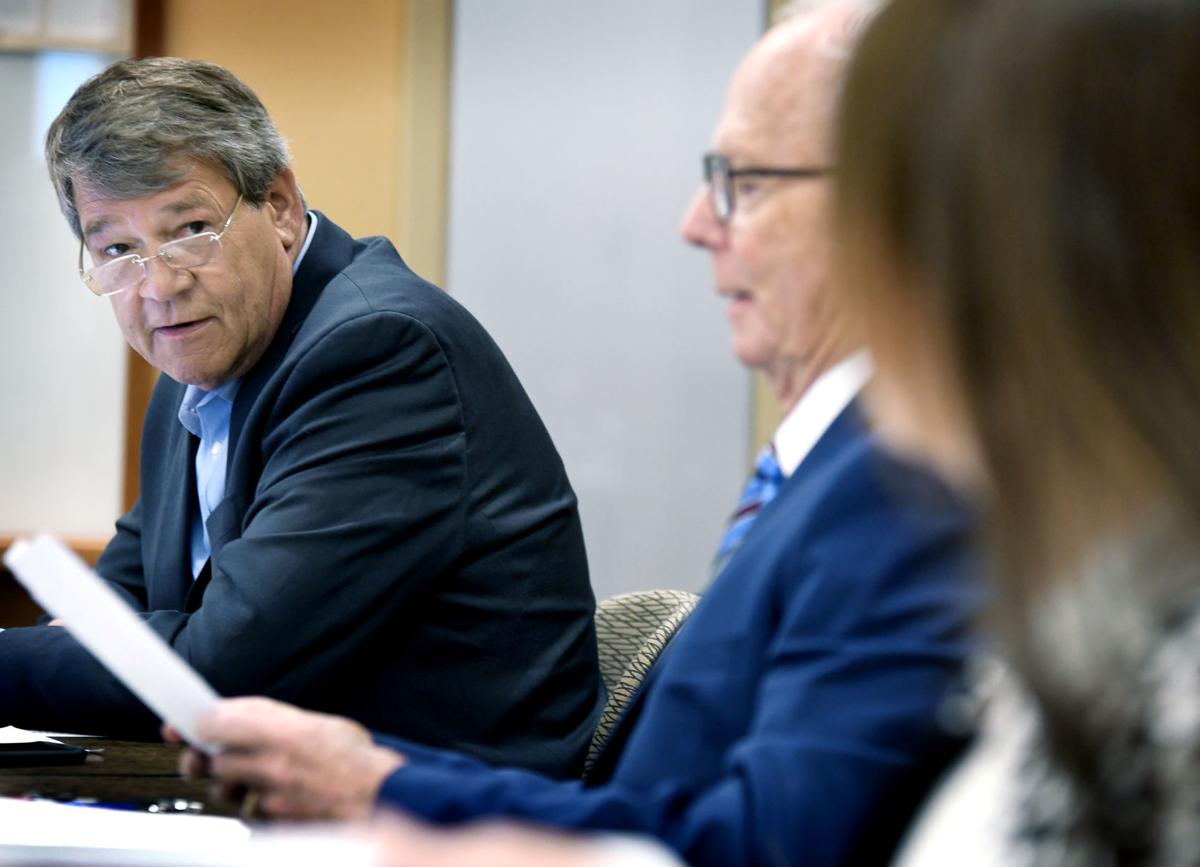 North Dakota Attorney General Wayne Stenehjem, left, speaks with other members of the state Pardon Advisory Board as they discuss possible applicants for the second round of marijuana pardons at Thursday's meeting in Bismarck. 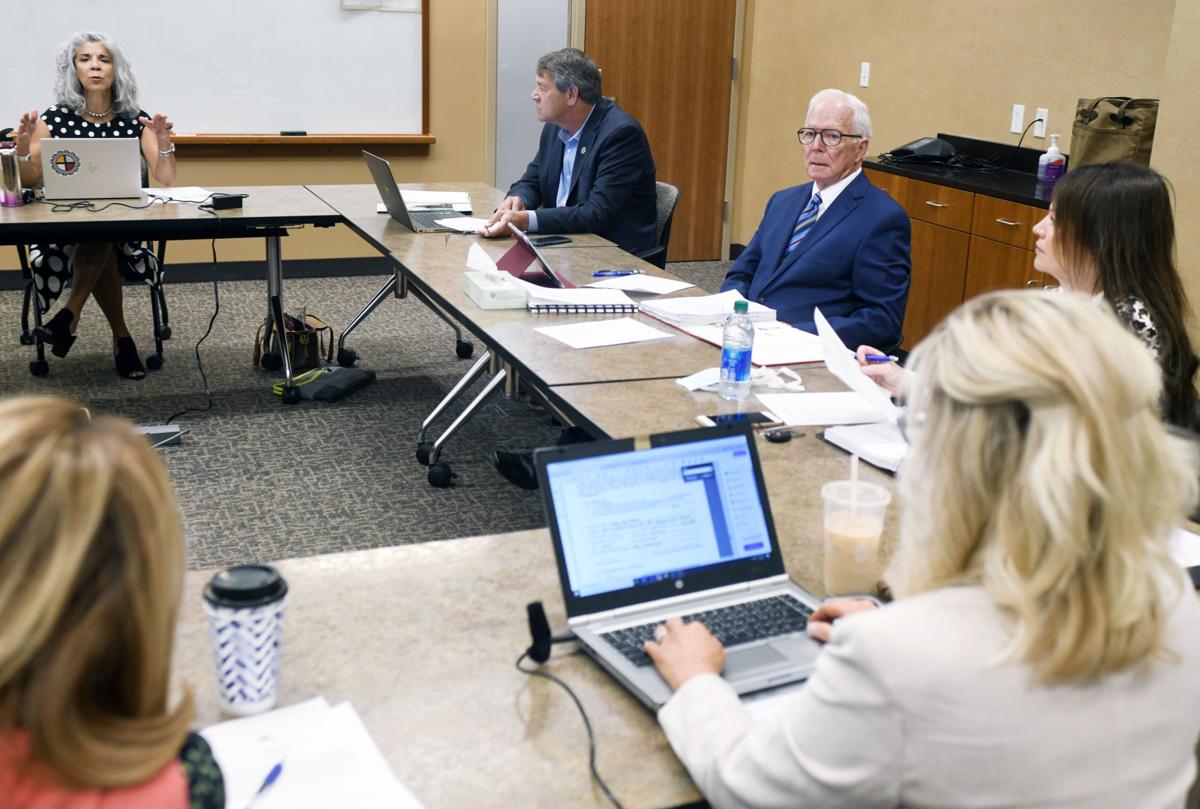 Members of the North Dakota Pardon Advisory Board discuss the second round of applicants for marijuana pardons in Bismarck on Thursday. Board members are, from left, Carmelita Lamb, Attorney General Wayne Stenehjem, Chairman H. Patrick Weir, Beverly Adams and Jennifer Thompson.

North Dakota's Pardon Advisory Board has recommended a second round of marijuana pardons to Gov. Doug Burgum.

The five-member board unanimously approved recommending all 26 applicants for pardons on Thursday, one year after adopting a policy streamlining the process for pardons for convictions of low-level marijuana offenses such as possession, ingestion and paraphernalia possession. A pardon essentially removes guilt for an offense.

An applicant is eligible under the new policy if he or she has not violated any criminal laws within five years prior to filling out the application. The policy does not cover convictions for intent to deliver marijuana, or for manufacturing or delivering the drug.

Burgum in January granted pardons for 16 of 26 applicants the board recommended last fall. When he will act on the board's latest recommendations depends on when he receives them, how many there are, what additional information he might request, and the time available or required for review, governor's spokesman Mike Nowatzki said.

Burgum's previous pardons came about seven weeks after the board sent him the names. He did not approve all of them for pardons, feeling some applicants should go through the long-form pardon process. He has pardoned 55 people for varying offenses since taking office in December 2016, far more than his two predecessors. Burgum, a Republican, has said he believes attitudes have shifted on addiction and people shouldn't be "trailed around" by a conviction that might involve their addiction.

Republican Attorney General Wayne Stenehjem, who sits on the board, has said he believes criminal penalties and consequences should be proportionate to the offense.

He also has said he's seen people with minor marijuana-related convictions struggle to find housing and employment. As many as 175,000 cases going back decades could be eligible for pardons.

"And some of them quite old, and of course some of them could be the same people," Stenehjem told the Tribune on Thursday.

But the number of applications so far has been less than he expected. He said some eligible people with convictions from long ago might not have encountered barriers because of their record.

The state's longest-serving attorney general has sought to greater publicize the new policy, most recently submitting a memo for the spring issue of the State Bar Association of North Dakota's publication, addressed to attorneys for them to inform clients.

"I think, too, people have started to see that it's a very quick and easy thing to do, and it's free," Stenehjem said of the new pardon process.

Stenehjem and Board Chairman H. Patrick Weir have previously mentioned potentially reducing the policy's five-year period with no subsequent offenses, to potentially attract more applicants. The board didn't discuss that on Thursday, but it could look at it in the future, Stenehjem said.

Seventeen people have applied so far for the third round of pardons. Applications are due Aug. 12 for the board's Nov. 10 meeting.

The 1 ½-page application is free and available online at docr.nd.gov/parole-pardon-boards.

Pardons for pot offenses just got easier in North Dakota

North Dakota Attorney General Wayne Stenehjem, left, speaks with other members of the state Pardon Advisory Board as they discuss possible applicants for the second round of marijuana pardons at Thursday's meeting in Bismarck.

Members of the North Dakota Pardon Advisory Board discuss the second round of applicants for marijuana pardons in Bismarck on Thursday. Board members are, from left, Carmelita Lamb, Attorney General Wayne Stenehjem, Chairman H. Patrick Weir, Beverly Adams and Jennifer Thompson.