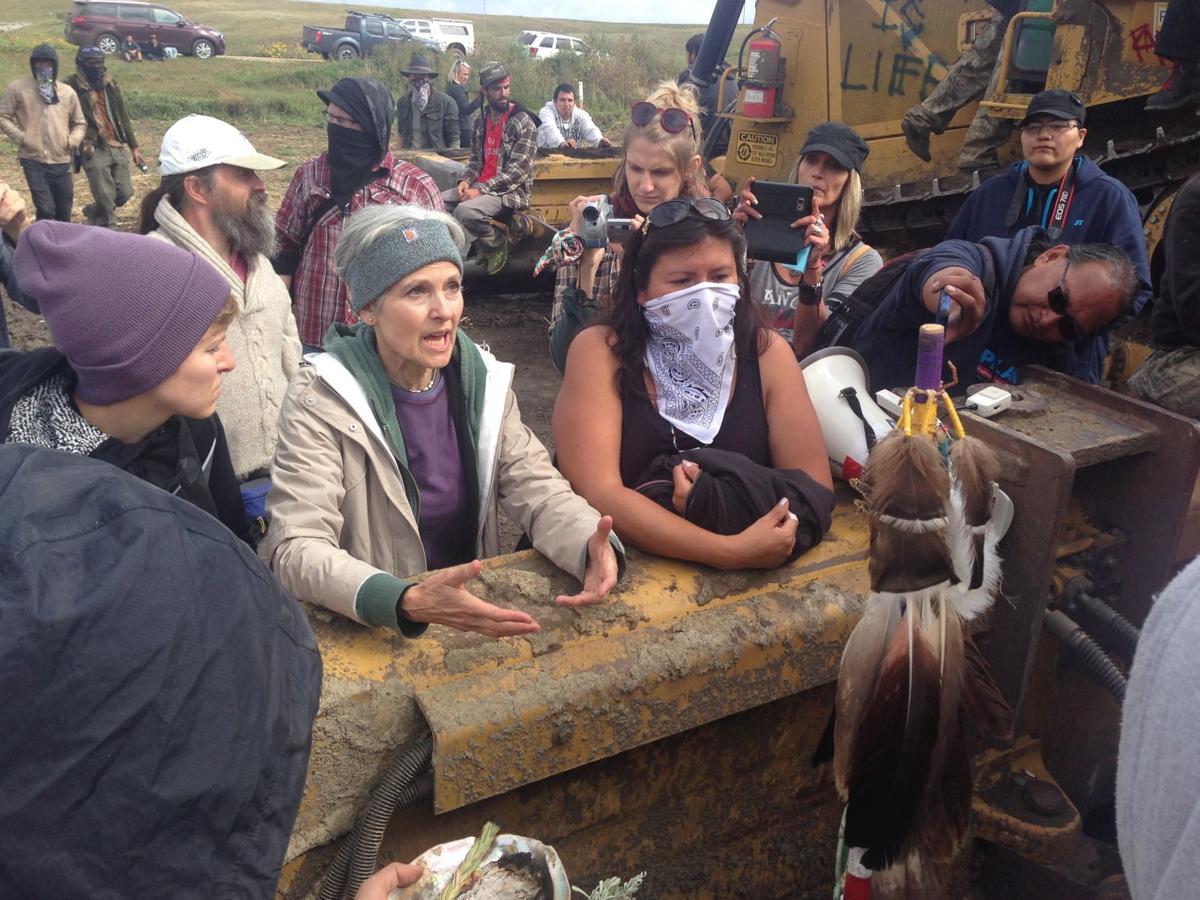 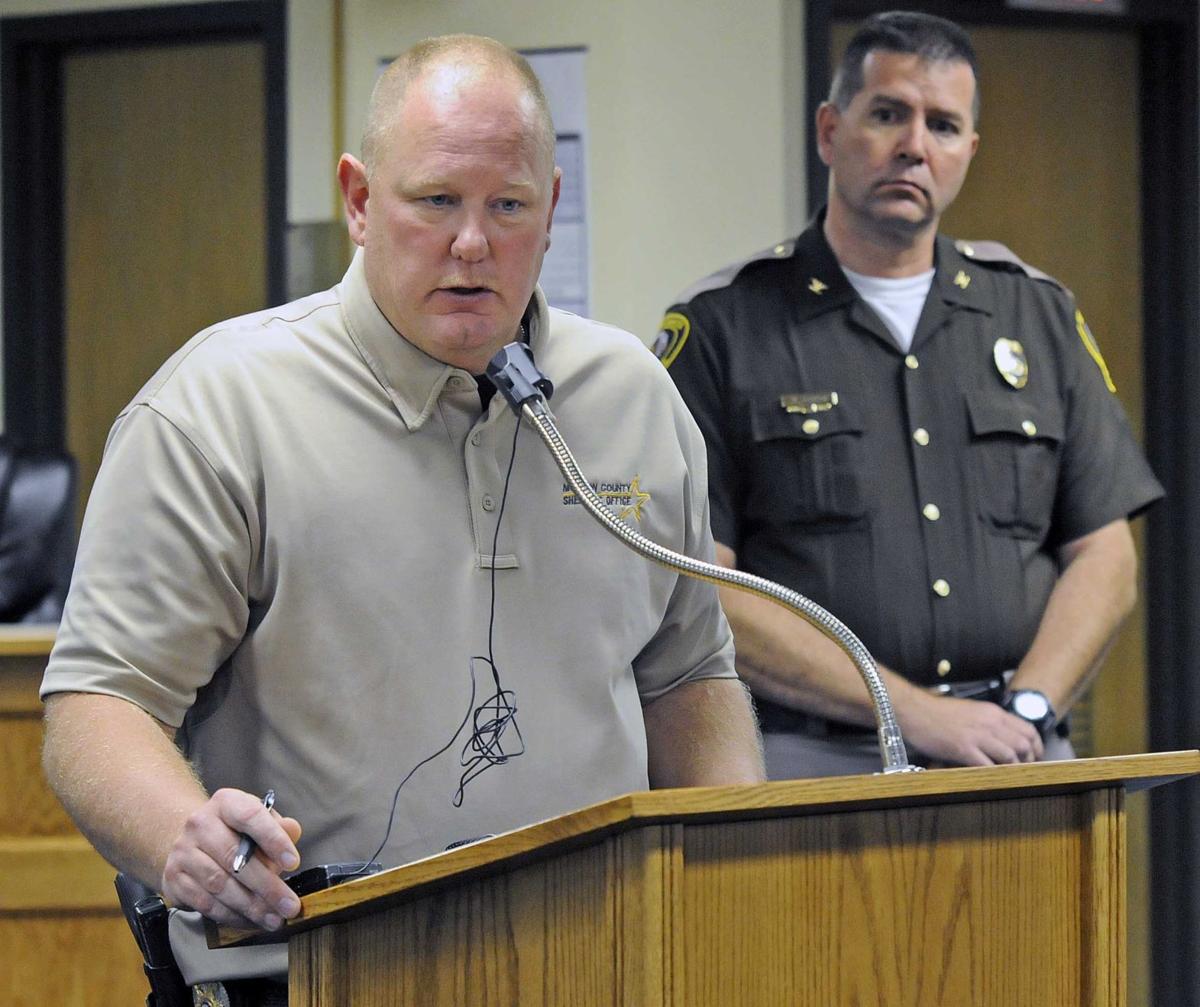 Morton County Sheriff Kyle Kirchmeier speaks at a press conference in September about events involving protests of the Dakota Access Pipeline. Behind him is Col. Mike Gerhart of the North Dakota Highway Patrol.

Stein was part of a group of 150 to 200 people who protested at the construction site, where two protesters attached themselves to bulldozers and some construction equipment reportedly was vandalized.

Though no arrests were made as a result of Tuesday's actions, Kirchmeier said the sheriff's department is "working up the information through the state’s attorney’s office to pursue charges (against Stein)." One possible charge could be for trespassing and another for vandalism, though it's not yet known whether these would be felony or misdemeanor charges.

According to the Morton County Sheriff's Department, the protest took place at around 10:30 a.m., and protesters gathered at a construction area at County Road 35 and Highway 6, 2 miles east of Highway 1806.

“The incident is actually still ongoing as we speak,” Kirchmeier said Tuesday afternoon. “Since we did not respond immediately to that location because of the situation ... we have information that they can just release themselves and it’s no big deal.”

About 25 law enforcement officers responded to the protest site, where no Dakota Access Pipeline workers were working. Kirchmeier said officers saw some protesters on horses, masks and some carrying hatchets and wearing goggles.

Law enforcement officers were "pulled back from the area because it was determined that, at that point, it was unsafe for them to go into the situation," Kirchmeier said.

“At this point ... I don’t believe that we need to go in there and have physical altercations with the protesters,” he said.

On Saturday, the Morton County Sheriff's Department said three private security guards working for the Dakota Access Pipeline were reportedly injured after about 300 protesters entered the work site. One guard was transported to a Bismarck hospital, but refused treatment.

No arrests have been made as a result of the incident that occurred Saturday or Tuesday.

“We are actively investigating these incidents, either by video or social media to identify people that have taken place in this,” Kirchmeier said. “We will pursue charges as needed.”

Standing Rock Sioux Tribal Chairman Dave Archambault II compared illegal actions taken by protesters, like those that bound themselves to equipment, to Rosa Parks refusing to give up her bus seat during the Civil Rights movement: "It was illegal but it was the right thing to do."

Maj. Gen. Al Dohrmann, director and chairman of the North Dakota Department of Emergency Services Advisory Committee, said at the press conference his department has recently spoke with members of Standing Rock Indian Reservation and the Sacred Stone Camp about maintaining safety and "dispelling rumors."

“We need to work together, everyone, that is committed to a peaceful solution to what is going on right now, to work together so that we can marginalize the agitators," Dohrmann said.

Morton County Sheriff Kyle Kirchmeier speaks at a press conference in September about events involving protests of the Dakota Access Pipeline. Behind him is Col. Mike Gerhart of the North Dakota Highway Patrol.