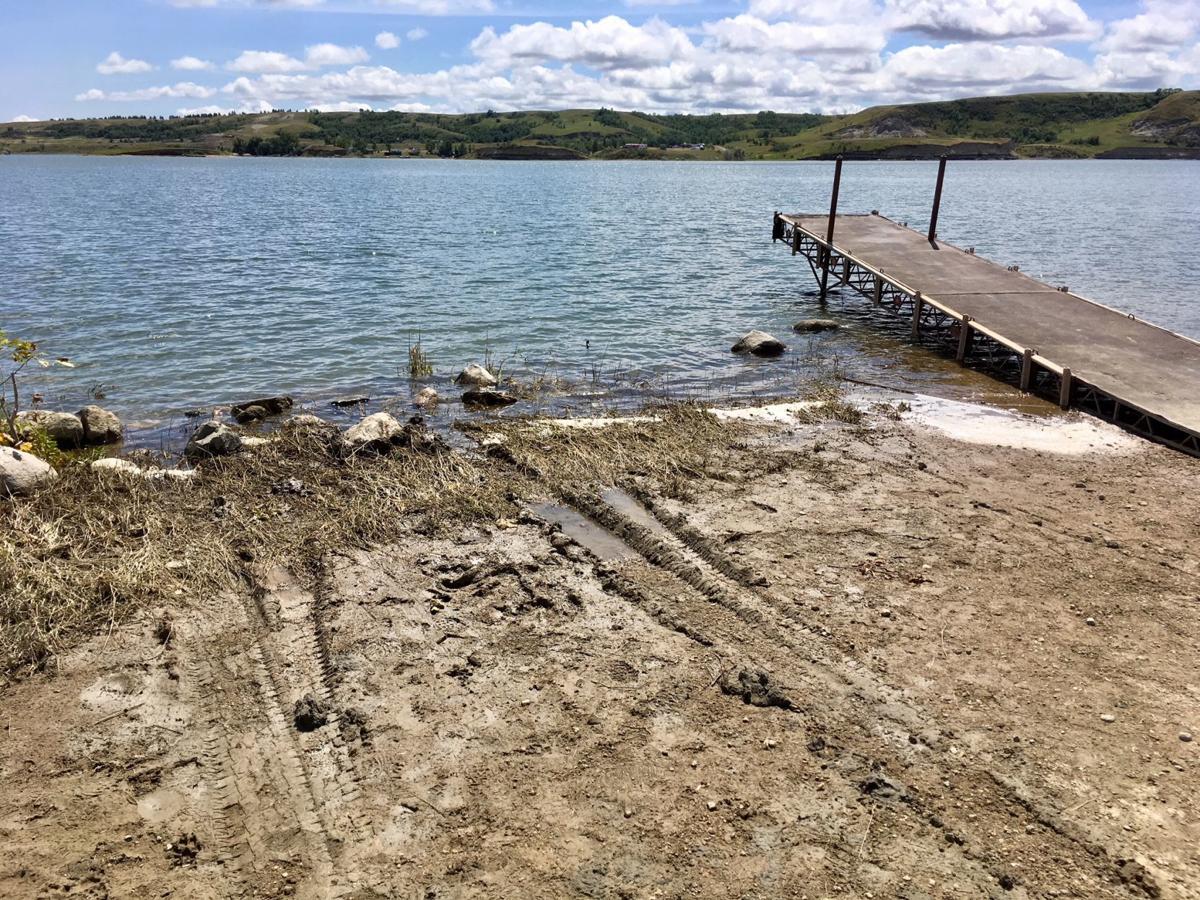 Across from Crow Flies High Butte, tire tracks are visible where the truck was pulled from the waters of Sanish Bay near New Town. The dock is at a North Dakota Game and Fish boat ramp.

Melaine Stoneman, a Sahnish Scout volunteer who took this photo, identified the truck on the right parked beside a white tarp on the ground as the vehicle pulled from the lake. 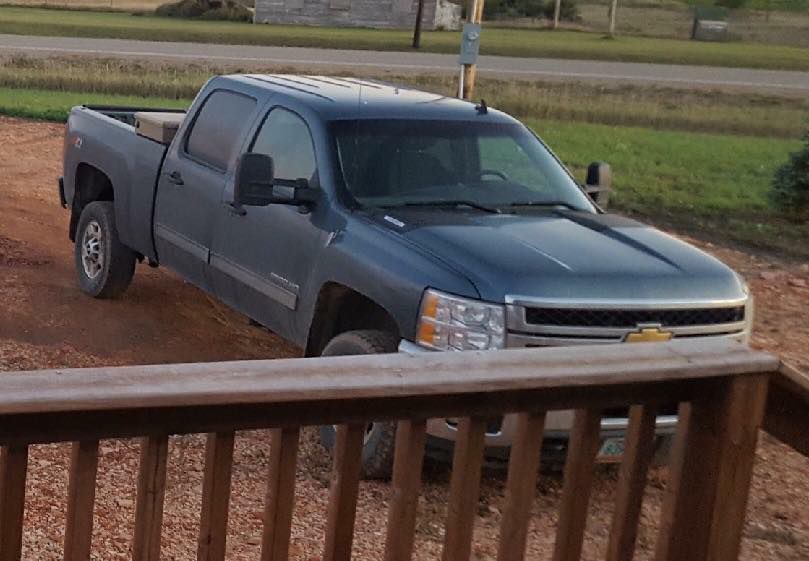 NEW TOWN – The brother of a missing New Town woman confirmed she was found deceased inside of the truck connected to her disappearance and recovered Tuesday from Lake Sakakawea.

"She was identified by tattoos," Matthew Lone Bear told the Tribune.

FBI spokesman Michael Kulstad told the Tribune the vehicle, with a "victim" found inside, was recovered in Lake Sakakawea on the Fort Berthold Reservation.

Kulstad said the FBI is working to determine the circumstances of what happened, but declined to elaborate on how the truck was found, the condition of the vehicle, or if a crime was involved.

He also did not provide any details regarding an autopsy.

Lissa Yellowbird-Chase, who coordinates the volunteer Sahnish Scouts of North Dakota, said searchers began using a boat with sonar on July 25, finding what they believed to be a truck submerged in Sanish Bay on Lake Sakakawea near New Town.

“That one was a priority for me because it’s kind of secluded,” Yellowbird-Chase told the Tribune. “Not too many people would have noticed.”

Divers and a tow truck participated in recovering the truck from 1 to 9 p.m. Tuesday at a boat ramp, said Stoneman, adding that family members were present.

Stoneman and Yellowbird-Chase said the truck was covered in grime and silt upon its recovery, with broken windows.

Tribal police declined to say where the truck is now.

MHA Nation Tribal Chairman Mark Fox said as the investigation enters a new stage, "if a heinous crime has, indeed, been committed, then we have to continue the second part of this journey, bringing that person to justice."

"Lake Sakakawea is big," Fox said, who described the nine months of searching as "time-consuming" and "frustrating" with one small benefit being the experience gained in scouring the vast lake for missing persons.

"We've learned the hard way of what we need to do," Fox said.

He and Yellowbird-Chase each thanked tribal and law enforcement entities that came together in the search efforts. Kulstad identified the agencies involved in the investigation as the FBI, Bureau of Indian Affairs, North Dakota Highway Patrol and a sheriff’s department.

“The end result is that Olivia is on her way home now, and we were all able to work together,” Yellowbird-Chase said.

Matthew Lone Bear spearheaded volunteer search efforts through the last nine months, including drones, mobile camps and fanning volunteers throughout various North Dakota cities last winter, all in the search for his sister.

Little information is available two weeks after the body of Olivia Lone Bear was recovered from a submerged truck near New Town.

Truck tied to Olivia Lone Bear disappearance has been found

The brother of a missing New Town woman has confirmed that the truck she was last seen driving has been found.

A funeral will take place Monday for a New Town woman whose body was found inside a truck, tied to her disappearance, that was recovered from …

Across from Crow Flies High Butte, tire tracks are visible where the truck was pulled from the waters of Sanish Bay near New Town. The dock is at a North Dakota Game and Fish boat ramp.

Melaine Stoneman, a Sahnish Scout volunteer who took this photo, identified the truck on the right parked beside a white tarp on the ground as the vehicle pulled from the lake.