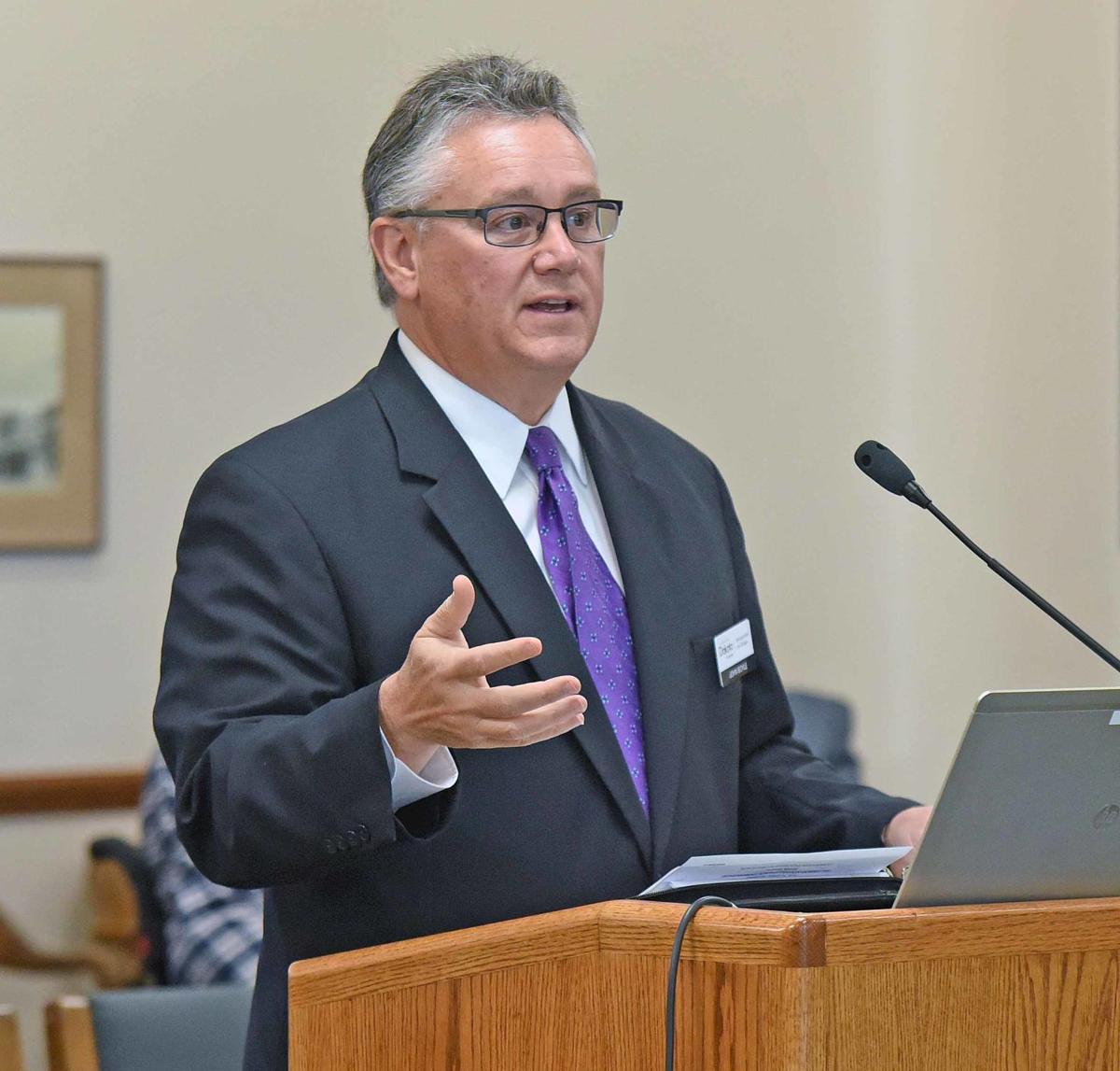 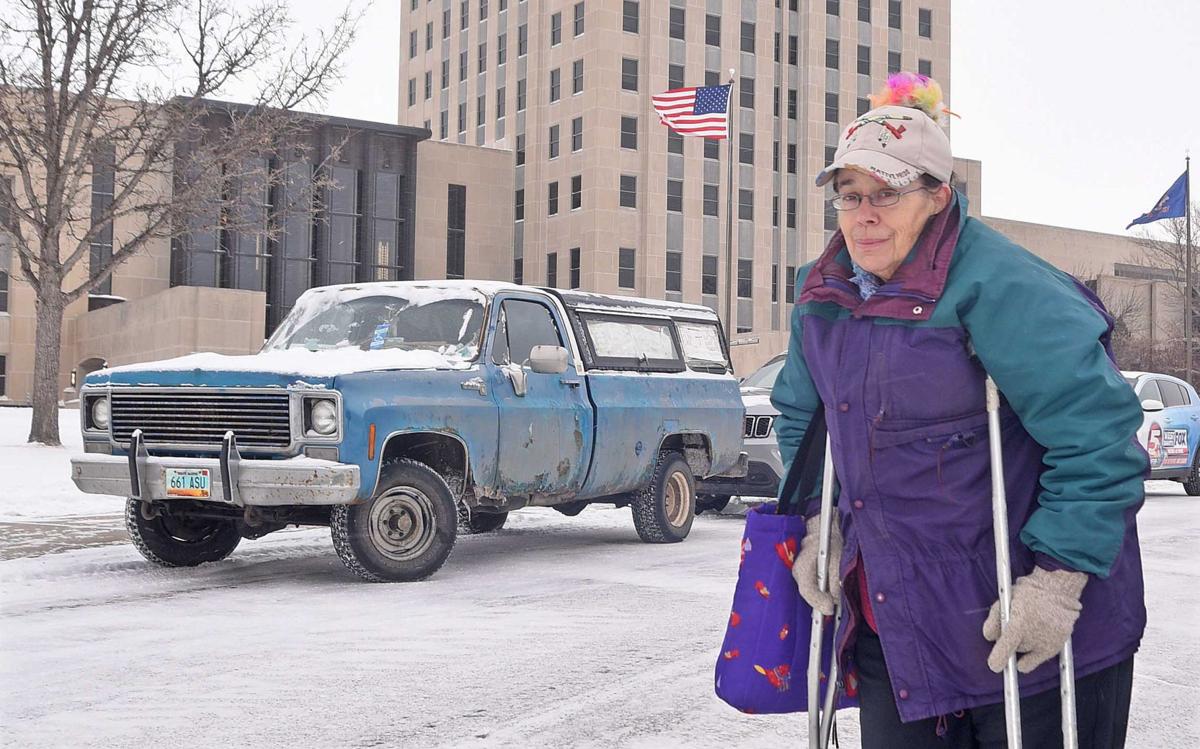 Carel Two-Eagle, of Bismarck, often parks her truck as close to the Capitol as possible due to a limited number of handicap parking spots near the building.

Faraway parking spaces, little signage and unavailable seating are seen as early issues to resolve in improving accessibility at the North Dakota Capitol.

The Legislature's interim Government Administration Committee heard testimony Wednesday on a study of the Capitol's accessibility. Several issues relate to when the North Dakota Highway Patrol in 2016 closed the building's east, west and north entries to the public as security measures due to the ongoing Dakota Access Pipeline protests. The patrol is in charge of security for the building.

That decision essentially rendered 21 of the Capitol's 25 handicap parking spaces too far away from the south doors, the Capitol's sole public entrance, which is inside a driveway tunnel long closed to traffic.

John Boyle, director of the Capitol's facilities management, said the building has undergone many changes since 1990 to comply with the Americans with Disabilities Act, security mandates and building codes.

One recent improvement was to put braille on control panels of the Capitol's new elevators, he said.

He'll help organize an eight-person work group to report on the Capitol's accessibility issues. Some members will be people with disabilities, Boyle said.

"We know there are a handful of deficiencies right now," he said.

A $2 million remodel to enclose the Capitol's south entrance is set for 2020. Boyle said it will include improvements for ADA compliance, such as a sloped sidewalk from the visitor parking lot to the new entrance.

Several people with disabilities noted their personal frustrations with the Capitol's access, such as little signage in parking lots for accessing building entries and long distances to cover in winter.

Madonna Logosz, who uses a wheelchair, said accessibility "has come a long ways" with the ADA, but "compliance is really, really still poor."

"People who have never been handicapped or not for any length of time have no clue what we go through," said Carel Two-Eagle, who uses crutches and often was assisted by state troopers during the legislative session.

Lawmakers expressed dissatisfaction with handicap-accessibility of parking spaces and seating in legislative chambers and meeting rooms.

Sen. Randy Burckhard, R-Minot, who chairs the committee, said he expects lawmakers and Boyle's group to work closely on the study.

The Highway Patrol's increased security measures were necessary but unfortunate in restricting access, he said. Required security and ADA standards don't "blend very well," he said. And winter weather is a snarl, too.

"I think sometimes we've just got to do what's right," Burckhard said.

Even the committee's meeting room was pointed out as being too limited for people using wheelchairs or crutches. They had to sit in aisles or near doors.

"It was not easy for some of our North Dakota citizens to get into this room today," said Rep. Pamela Anderson, D-Fargo.

Visitors to the North Dakota Capitol will see a new public entrance in the next legislative session.

A $2 million remodeling of the North Dakota Capitol's only public entrance is moving along, with a state board to pick a design this fall from an architect's four renderings.

New features selected for the North Dakota Capitol's only public entrance are meant to improve access and eliminate confusion about where to enter.

Spaces throughout North Dakota's Capitol don't comply with the Americans with Disabilities Act, which one state lawmaker calls embarrassing.

Carel Two-Eagle, of Bismarck, often parks her truck as close to the Capitol as possible due to a limited number of handicap parking spots near the building.