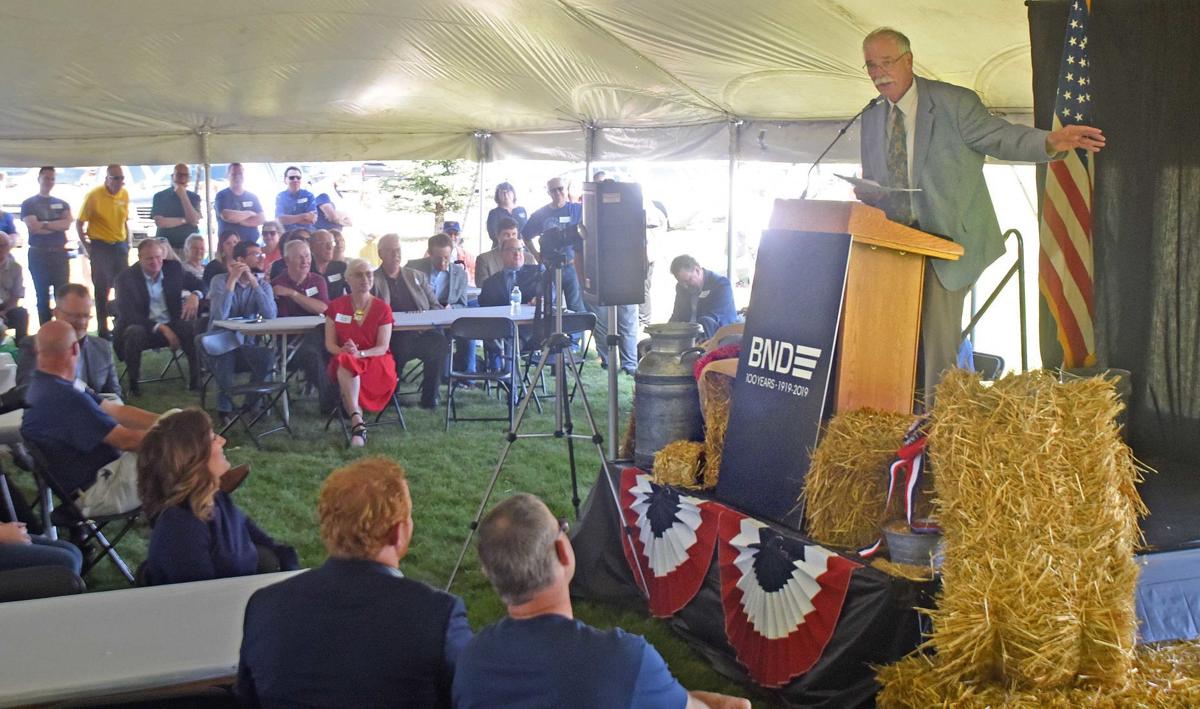 Mike Jacobs, author of a book chronicling the first 100 years of the Bank of North Dakota, was among the speakers celebrating the only state-owned bank in the U.S. on Monday outside the bank in south Bismarck. 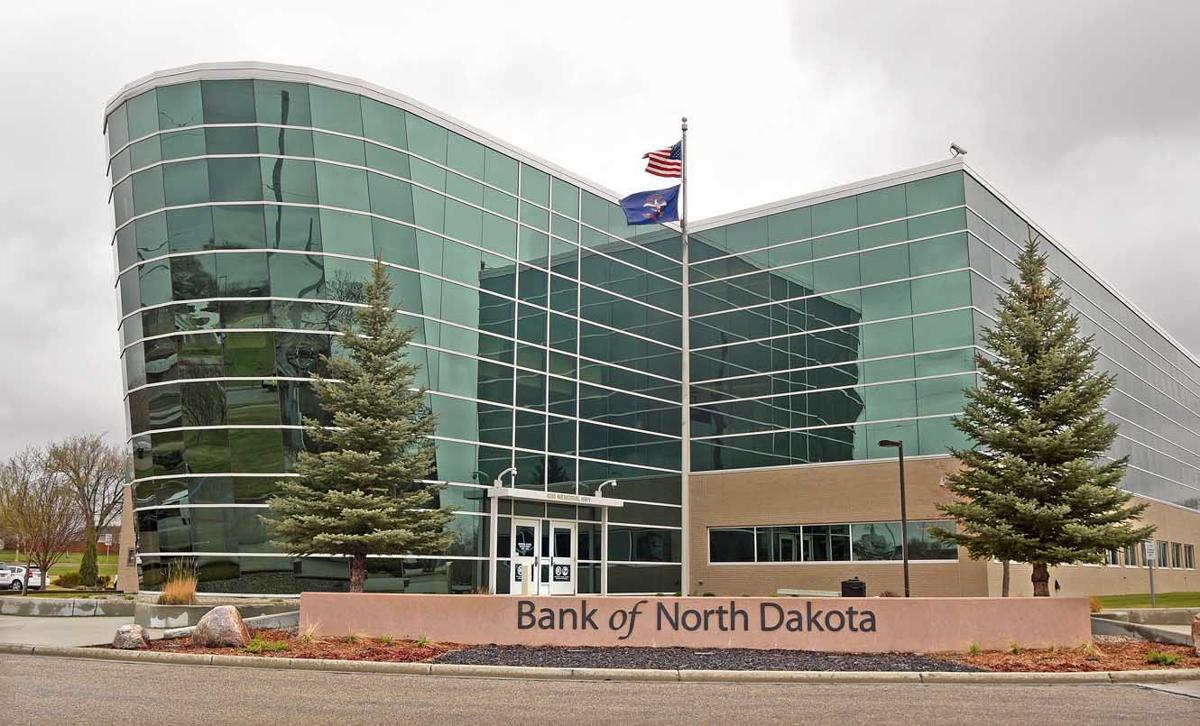 State officials on Monday applauded the Bank of North Dakota's beginnings and its survival over the past century.

Celebration of the state-owned institution born from the legislative agenda of the populist Nonpartisan League brought out about 200 people to hear speeches from Gov. Doug Burgum, Attorney General Wayne Stenehjem, bank President and CEO Eric Hardmeyer and other officials.

Burgum, who with Stenehjem and Agriculture Commissioner Doug Goehring oversees the bank as the Industrial Commission, noted the bank's singularity as the only one of its kind and the associated "tinge of jealousy" and curiosity from other states.

"They see the agility we have and the ability that we have to do many things in North Dakota that they can't," the governor said.

Stenehjem and former Grand Forks Herald Publisher Mike Jacobs, whom the bank commissioned for a centennial book, called the bank's history worthy of a "political thriller" in that it survived against constitutional challenges, a 1919 voter referendum and a 1921 recall of the Industrial Commission.

"The story continues and like every good story, it grows with the telling," Jacobs said.

Hardmeyer, the bank's longest-serving president, said employees on Sunday buried a time capsule on its west lawn to be opened in 50 years. It included a note from him to the bank's future president expressing gratitude for the bank's employees and customers.

"I think we all understand that we are standing on the shoulders of people who came before us whose strong vision and love for the state of North Dakota helped improve the lives of their fellow North Dakotans," Hardmeyer said.

The Nonpartisan League took control of the Legislature in the late 1910s during an era of discord among farmers who felt taken advantage of by predatory Minneapolis grain traders and lenders. The North Dakota Mill and Elevator in Grand Forks also came from the NPL lawmakers' agenda and survives today.

The bank has evolved over the last century beyond its agricultural roots, reaching into student loans, mortgage loans and economic development. In 2008 it also moved from downtown Bismarck to its current glass, ship-shaped building near the Missouri River.

The bank's assets totaled about $6.7 billion as of March 2019. The bank has recorded 15 consecutive years of record profits.

'Create its own destiny': Bank of North Dakota celebrates centennial

Mike Jacobs, author of a book chronicling the first 100 years of the Bank of North Dakota, was among the speakers celebrating the only state-owned bank in the U.S. on Monday outside the bank in south Bismarck.