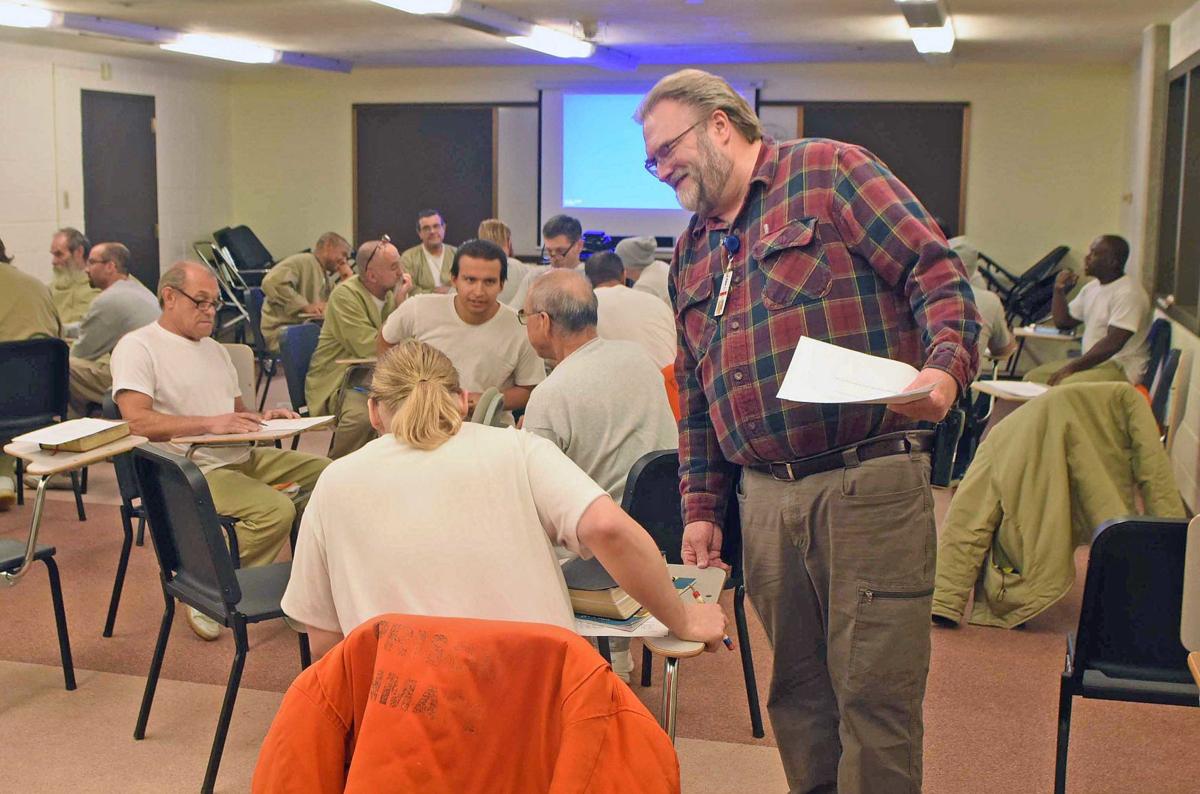 Bruce Carlstrom, standing, is manager of the Prison Fellowship Academy at the North Dakota State Penitentiary. The first class graduates in June 2020. 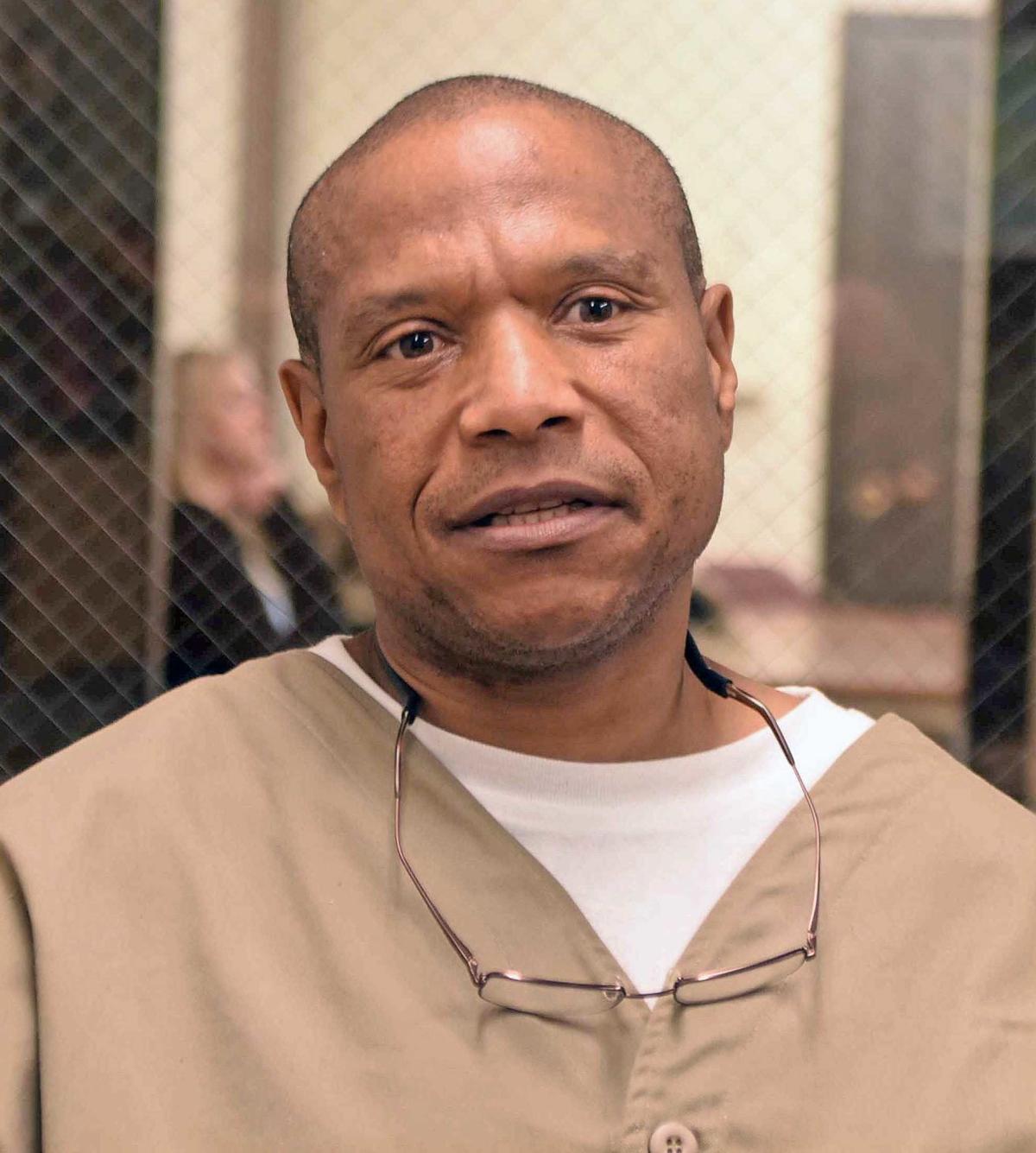 Rondale Grant considers the North Dakota State Penitentiary his home. He is a member of the first Prison Fellowship Academy. The class will graduate in June 2020. 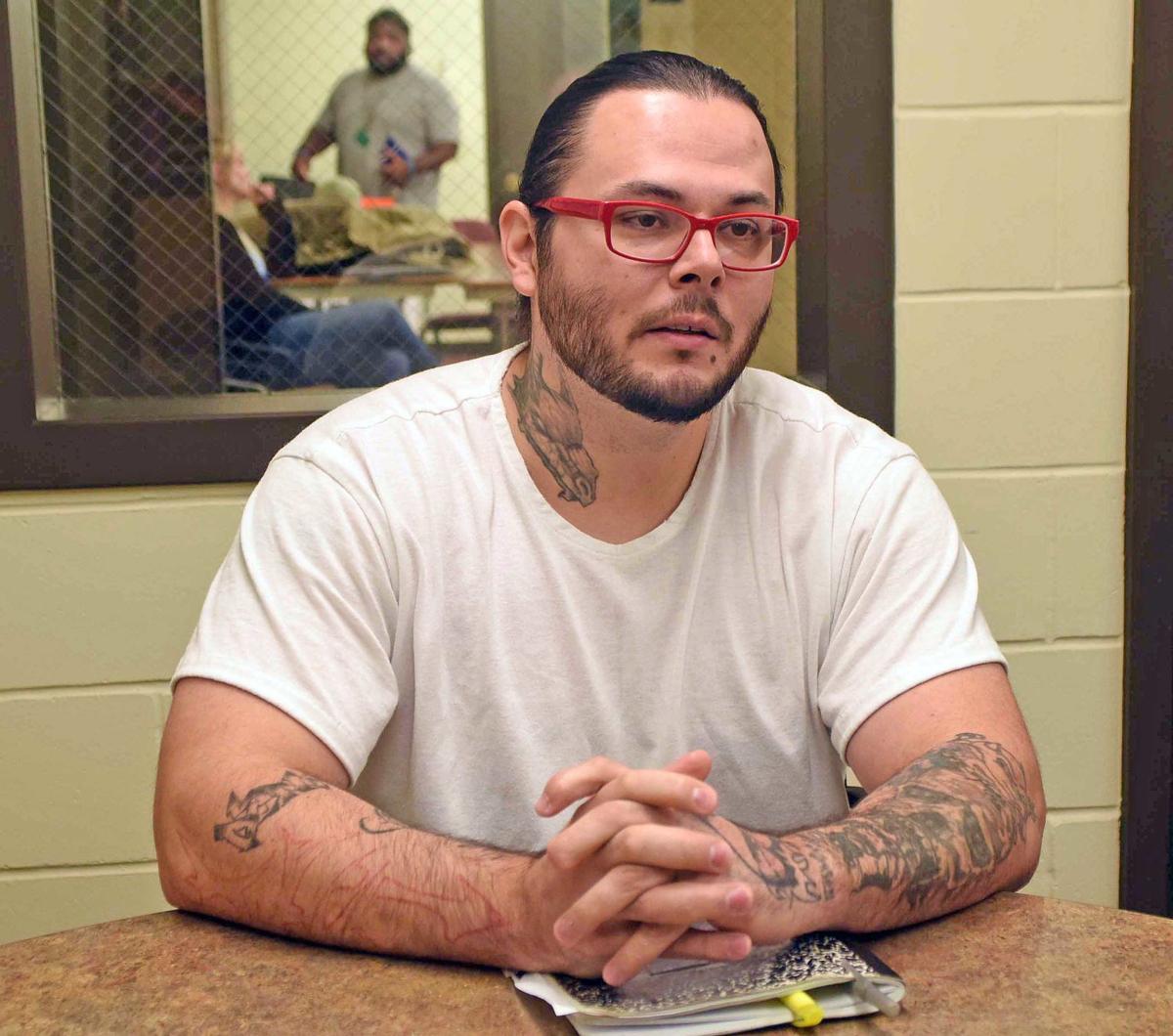 Matthew Houle grew up in the Turtle Mountains of North Dakota. Houle is a member of the first Prison Fellowship Academy at the North Dakota State Penitentiary.

Rondale Grant doesn’t keep track of his age and has lost his desire to mark days off the calendar. He’s spent 10 years in the North Dakota State Penitentiary, and the passing of another day only reminds him that his 2032 release date is a long ways off.

He’s “almost nervous” about 2032 and what life outside the prison walls might be like then. A new program -- Prison Fellowship Academy -- at the Bismarck facility is helping him prepare for that day, he said, and making him a better person while he’s in prison.

The academy is run by Prison Fellowship, a nonprofit organization formed in 1976 by Chuck Colson, a former aide to President Richard Nixon. Colson served seven months in prison after pleading guilty to obstruction of justice on charges related to the Watergate scandal. The academy is now the nation’s largest nonprofit serving prisoners, former prisoners and their families, with a presence in some form in all 50 states.

Efforts to form an academy in North Dakota started when former warden Colby Braun met with Cody Wilde, the academy's national director of operations, who grew up in the state. They saw what Wilde called “a lot of philosophical alignment” between what the fellowship was trying to do in prisons and what the state’s Department of Corrections and Rehabilitation was already doing -- working to make inmates better citizens, in or out of prison.

“We want them to own (their offense), but it doesn't have to define them for the rest of their lives,” Wilde said.

The program is funded solely through donations. There is no cost to the state and thus taxpayers.

The 31 penitentiary inmates in the voluntary program have just entered the second quarter of the 500-hour curriculum. They meet for three hours a day, three days a week, to work through topics such as conflict resolution, risk factors and financial literacy. The academy is open to any prisoner. The only requirements are that they aren’t causing trouble in prison, will be there long enough to finish the course, and accept that the course is grounded in biblical principles.

The first three weeks of the academy were the “hand on the burner” phase, said Matthew Houle, 32, who has been an inmate for eight years. Houle, who like Grant is in prison for sex crimes, watched some of the “cool guys, tough guys” begin to change as they participated in the classes.

“Once you see them here, you realize they’re not that person,” he said. “They were made out to be that person.”

Houle said he has learned to “self-correct and give it to God” when he thinks about judging someone.

“The principles they teach in this class are everything I needed,” he said.

Those principles -- integrity, responsibility, restoration, community, affirmation and productivity -- are the foundation of the academy. They apply to those who are due to be released or those destined to spend the rest of their life in prison, Wilde said, because “prison is a society.”

The program has proven successful. The academy at the Carol Vance Unit prison at Sugar Land, Texas, posted the highest three-year reduction in recidivism out of all programs reported by the Texas Department of Criminal Justice in 2017. The academy’s three-year recidivism rate, which measured whether a person returned to prison, was about 10%, while the comparison group was about 21%.  In the first three-years after release, academy participants were 53% more likely to succeed than men in a comparison group.

The classes in Bismarck are led by academy manager Bruce Carlstrom, 61, who uncovered a love for teaching in prisons in 1983, when he acted as a substitute at a weekend Bible seminar in an Arkansas prison. He came to Bismarck this spring after 16 years with Prison Fellowship at a Minnesota prison. The Bismarck program had a sort of break-in period, he said, but “it’s moving along as it should.” He leads the class through the curriculum, allowing time for sharing and discussion, sometimes veering from it as long as the discussion is “confined to personal improvement.”

Since June he’s seen a desire to change and a “growing openness” from the inmates about their pasts and why they are in prison. There are any number of reasons inmates want to join, he said, but the largest percentage of the members just want to better themselves.

“It’s still a prison. I have no designs on changing that,” Carlstrom said. “I do have designs on helping them right where they’re at.”

Grant was skeptical about the program at first, but for him “it turned out to be real.” What might seem like small changes to some people -- getting the group members to stop cursing, for example -- make conversations “a lot more productive," he said.

The structure of prison life can become a habit, one that's hard to break, Grant said. He recognizes that he will have to find a different type of structure on the outside to help him stay away from anything that might put him back in prison.

“The only thing I have to build on is the foundation I’m building through fellowship academy,” he said.

A Bismarck woman is charged with felony child abuse in an incident in which she allegedly was using a belt for discipline.

A Bismarck woman who used fraudulent letters to swindle people out of more than $750,000 told a judge that the money is gone, spent mostly on …

Probation ordered for man in assault of 7-year-old boy

A Bismarck man will spend three years on probation for breaking a 7-year-old boy’s foot by throwing a speaker at him.

Bruce Carlstrom, standing, is manager of the Prison Fellowship Academy at the North Dakota State Penitentiary. The first class graduates in June 2020.

Rondale Grant considers the North Dakota State Penitentiary his home. He is a member of the first Prison Fellowship Academy. The class will graduate in June 2020.

Matthew Houle grew up in the Turtle Mountains of North Dakota. Houle is a member of the first Prison Fellowship Academy at the North Dakota State Penitentiary.