The Rev. Jared Lee spoke to about 600 people gathered at Bismarck Community Church to celebrate the lives of Robert Fakler, Bill and Lois Cobb and Adam Fuehrer, friends and co-workers at RJR Maintenance and Management.

Lee acknowledged the tragedy of the April 1 deaths, calling the homicides “a horrible injustice, an unfair and completely wicked act.”

“Robert, Bill, Lois and Adam were victims of violence. It’s OK to say this. And it’s not only OK, I think it's essential,” Lee said. “I think we need to call it what it is. We don’t need to sugarcoat the truth, that we name evil evil, that we say with all of our conviction and all of our souls, ‘This should not have happened.’”

The families requested no media attend the memorial service. Lee posted audio of his message on the church’s YouTube channel to share it with the broader community.

Lee said in an interview that, while the families are suffering the most, the community also is affected.

“I want to address the needs of the community as well,” he said.

Lee cautioned that tragedy has the potential to bring out the worst in people.

He encouraged people grieving to look for the glimpses of hope God offers.

Lee also emphasized that God is shown to be a God of justice, “that he will not long tolerate the wickedness that we perpetrate against one another.”

Lee said he’s grateful justice is beginning to happen, with police making an arrest last week, but added that “God’s justice is bigger than even our own.”

Police arrested Chad Trolon Isaak, 44, a Washburn chiropractor and RJR renter, last week in connection with the killings. He is charged with four counts of felony murder. No motive is known.

RJR closed on Tuesday so the close-knit employees could attend the service. Friends and family gathered at the business for fellowship after the service.

Lee stressed that it’s important to grieve, and he prayed for families of the four victims to be surrounded by people who love them.

“Weep and feel the sorrow. Mourn. It is right to mourn, it would be wrong not to,” Lee said. “But we can do that with hope because we know that is not the end of the story.”

More than 600 people are expected Tuesday to honor the lives of four people killed last week at a Mandan business.

WASHBURN − When Detective Justin Krohmer received a photo of a vehicle linked to the Mandan homicide investigation, the white pickup in the pi…

A line of three funeral coaches lined up outside Bismarck Community Church for a memorial service on Tuesday morning for the four people killed in Mandan last week. An estimated 600 people attended the service. 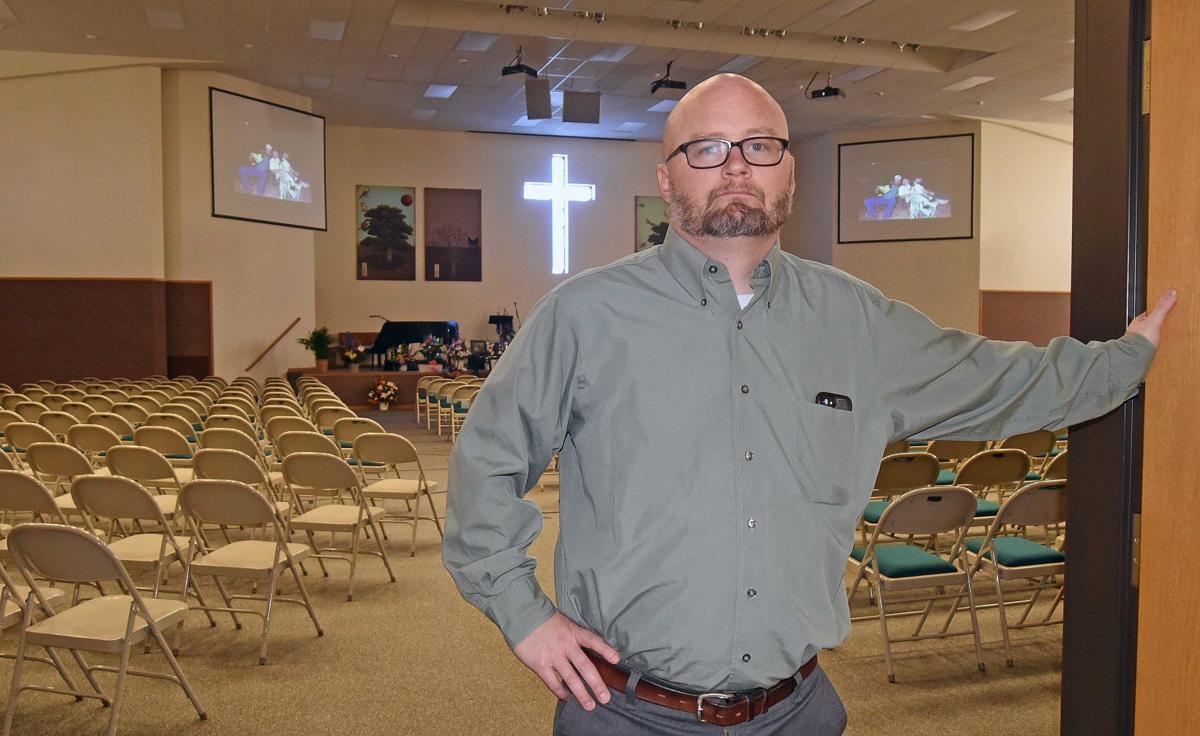 The Rev. Jared Lee, pastor of Bismarck Community Church, stands at the entrance to where a memorial service is planned this morning for four people who were killed at a Mandan business last week. The public memorial service is scheduled to begin at 11 a.m. at the church, 1617 Michigan Ave. East, in Bismarck.