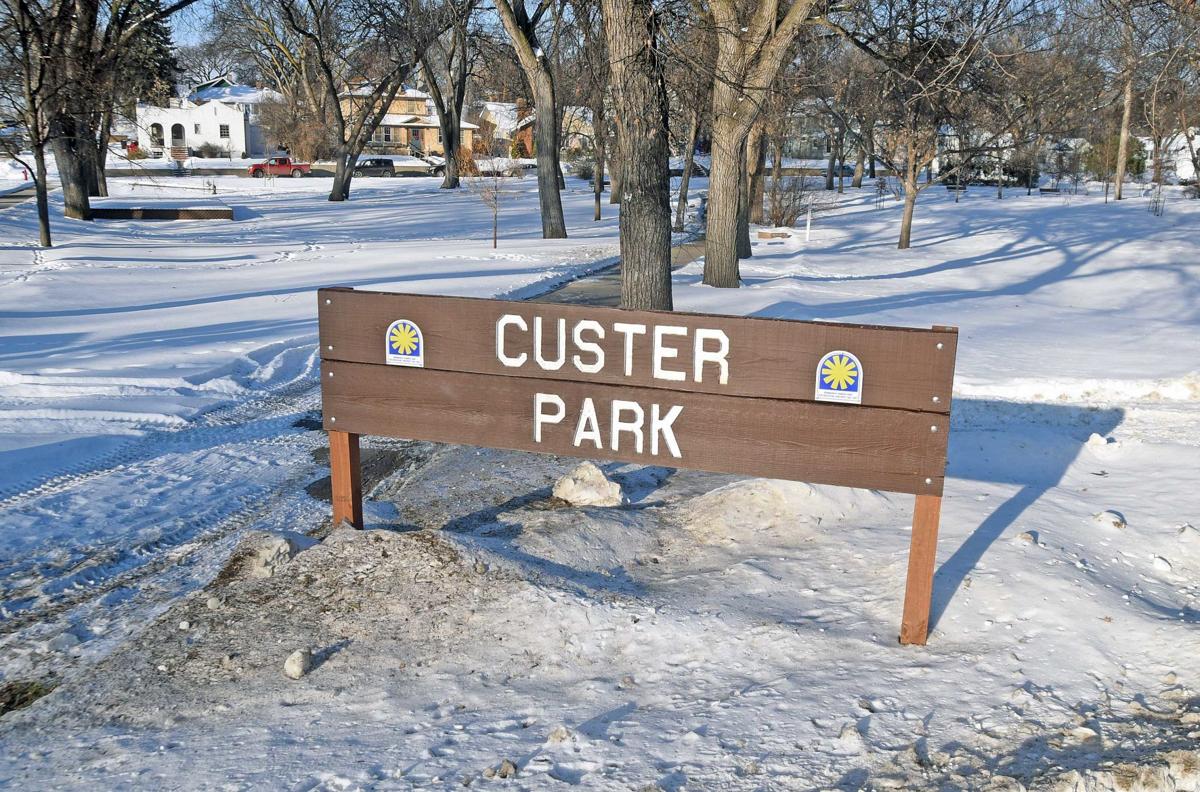 Custer Park, Bismarck's first park, is near the downtown area. This view is from the corner of Broadway Avenue and Washington Street. 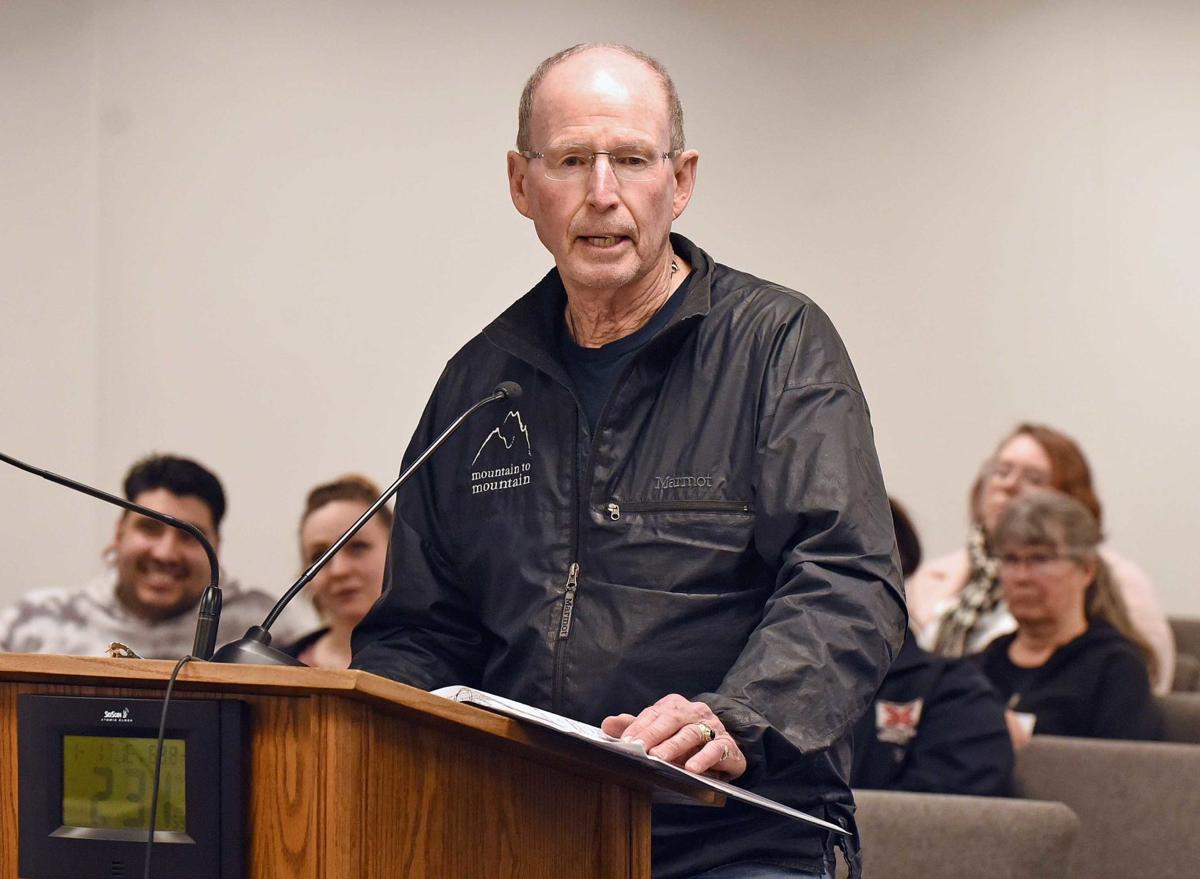 Bismarck resident Loran Galpin urged Park Board members to retain the name of Custer Park on Thursday. Galpin, who lives near the city's oldest park, was among several people who addressed the board in the Tom Baker meeting room of the City County Building downtown. 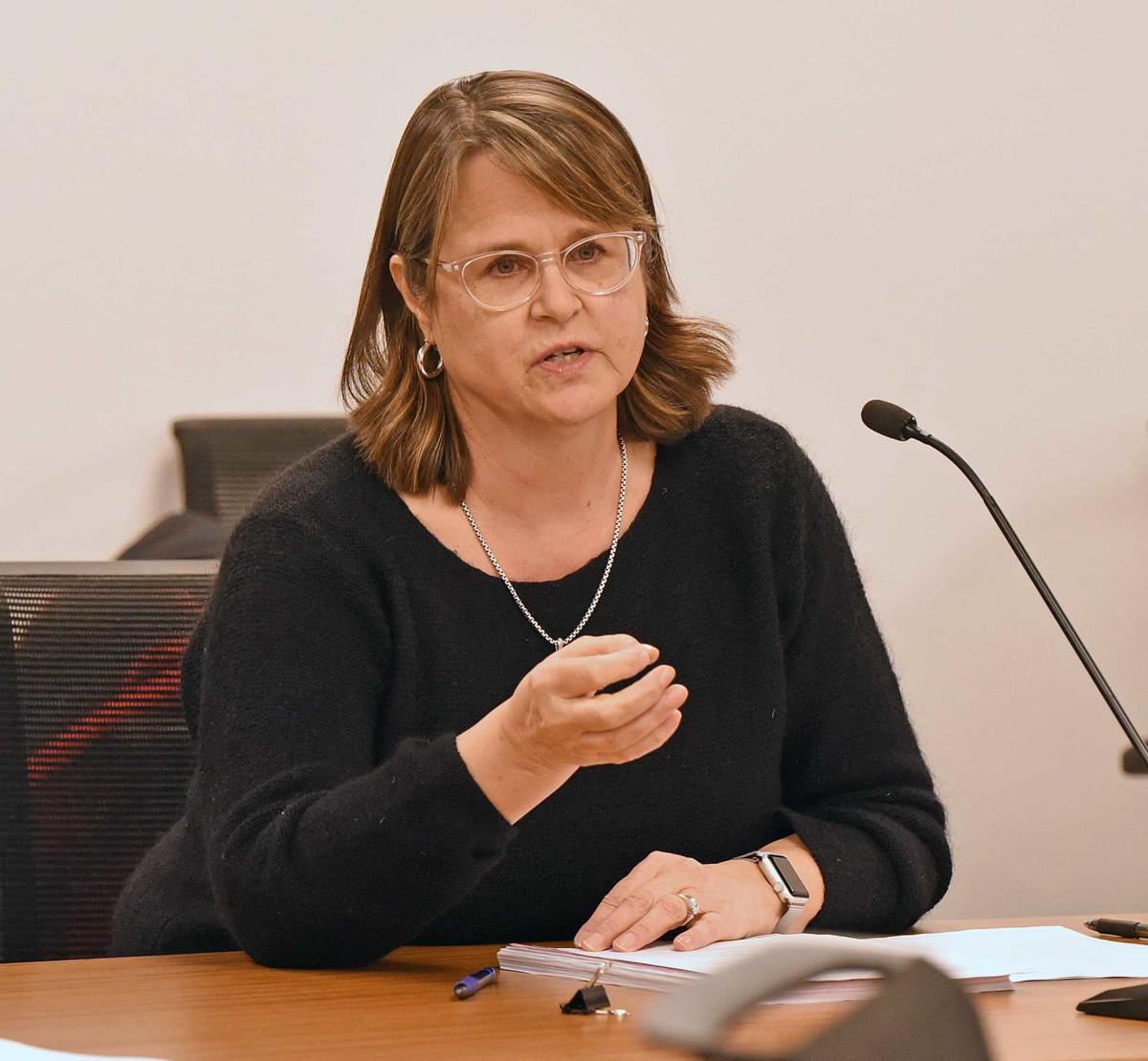 Connie Hofland is the attorney for the Bismarck Park Board.

Bismarck Park Board Commissioners voted unanimously Thursday to keep the name of Custer Park, to create a formal process to rename city parks and to work with other entities such as United Tribes Technical College to create some sort of marker to educate visitors about the history of the park, its namesake and area tribes.

Under the new process, there can’t be another proposal to rename Custer Park for 15 years.

“I think we have to look at our past to learn from it and try to move forward, and I think what we can do with this is give a more balanced perspective of what’s going on and hope that is what makes this park welcome,” Park Board President Brian Beattie said.

The board voted in December to create a formal process to rename city parks that would include guidelines on what names are acceptable. The decision came in response to a request by two Bismarck mothers, Ali Quarne and M. Angel Moniz, leaders of the “Rename Custer Park'' Facebook group, to change the name of that park given the military history of Lt. Col. George Armstrong Custer. Moniz has said that to many, Custer "is a reminder of violence and genocide.”

Some Bismarck residents formed another Facebook page against renaming, called "Do Not Change the Name of Custer or Sibley Park!"

Custer rose to fame as a Union Army officer during the Civil War. He lived at Fort Abraham Lincoln near present-day Mandan for three years.

Custer fought the Ku Klux Klan after the Civil War and testified to Congress on corruption that he observed in Indian Country months before he was killed along with his men at the Battle of the Little Bighorn. But he also fought against Native American tribes on the Great Plains during the 1860s and 1870s, including an attack in present-day Oklahoma known as the Washita Massacre.

About 40 people attended Thursday’s meeting. Five people signed up by a deadline to give testimony. All spoke in favor of keeping the park’s name.

Tensions were high. Jeff Hoffer opened his testimony by asking an audience member to put down her sign reading “Custer = Violence.” She moved to a different seat where her sign appeared on a screen as he spoke.

Hoffer said he worked as a command historian for the North Dakota National Guard and was assigned to study a proposal from the Spirit Lake Tribe to rename Sullys Hill, which was named for another military general who fought Native Americans. Hoffer said he recommended for Sullys Hill to be renamed because it is on tribal land, and the tribe “rightly has a negative view due to the shameful events'' during the Battle of White Stone Hill, in which many Sioux were killed.

“Custer Park is not located upon tribal land,” Hoffer said. “Custer was stationed opposite Bismarck (at Fort Abraham Lincoln) to defend our community.”

He added that the “historical record shows no atrocities committed by Custer upon Native Americans.”

All Park Board members spoke in favor of keeping Custer Park’s name.

“It has been this name for 100 years and it should honor the wishes of the founders of the park,” Beattie said. “I do not believe there is an old Native American name for this piece of land that should be used in its stead.”

He added that he “feared” renaming the park would “have the exact opposite effect of bringing us together.”

“There is a part of the population that may view a name change to further fuel prejudice,” he said. “It lends nothing to enhance understanding of what happened in this area between settlers and Native Americans some 150 years ago.”

The new policy requires five criteria for naming and renaming city parks: A park name must be tied to “natural or geological features” of the area, have “historical, cultural and social significance for generations to come,” “encourage a strong and positive image,” “memorialize or commemorate people, organizations, places or events that are of enduring importance to the community or the nation,” or be “based on the provision of significant funding” that upgrades park district property.

The new proposal also establishes a procedure for renaming city parks. Petitioners will have 90 days to collect at least 300 signatures from voting-age residents, unless the board’s executive director allows additional time.

Once signatures are accepted, the public will have 45 days to comment on whether to rename a park. The neighborhood around a park will be notified. The Park Board may hold a public hearing. If the board rejects a name change, it will not accept another proposal to change the name for 15 years.

A demonstration against a proposed educational component in Custer Park was held before a Bismarck Park Board meeting Thursday.

The push continues for renaming Custer Park in Bismarck.

Custer Park, Bismarck's first park, is near the downtown area. This view is from the corner of Broadway Avenue and Washington Street.

Bismarck resident Loran Galpin urged Park Board members to retain the name of Custer Park on Thursday. Galpin, who lives near the city's oldest park, was among several people who addressed the board in the Tom Baker meeting room of the City County Building downtown.

Connie Hofland is the attorney for the Bismarck Park Board.