Gov. Doug Burgum sees the preservation of the Bismarck-Mandan Rail Bridge as a project worth pursuing.

In comments Friday to the Tribune Editorial Board, the second-term Republican governor and former downtown Fargo developer said the bridge dating to 1883 would be "an incredible asset for the state, for Burleigh County, for Morton County, for Mandan and for Bismarck to save."

The Friends of the Rail Bridge group wants to stop BNSF Railway from demolishing the bridge spanning the Missouri River to make way for a new structure. The preservation group and railroad signed an agreement with the U.S. Coast Guard in January outlining paths to either keeping or removing the bridge. The Coast Guard decides on projects proposed along that part of the Missouri River.

The bridge could be a top attraction in the state, drawing potentially "hundreds of thousands of visitors a year" for walks, bicycle paths, farmers markets and views of the Missouri River, "and it could never be replicated," the governor said. He cited the Stone Arch Bridge in Minneapolis and the Pfluger Pedestrian Bridge in Austin, Texas.

"These things are so popular in terms of what they draw," Burgum said. "Is it going to be hard? Yes. Is it assured? No. Is it worth trying to figure out how to make it happen? I think yes, it is."

But he pointed out several problems to solve without interrupting rail service, including engineering challenges such as the approaching tracks and how much the river would rise in planting pylons for a new bridge. Addressing liability with the Friends of the Rail Bridge group also must be resolved, he said.

The governor also said new federal coronavirus aid could potentially "close the gap" on the bridge project, depending on what newly issued federal guidance intends for the money, which Burgum said has an emphasis for tourism. North Dakota's share of the federal American Rescue Plan aid is $1.89 billion, which the Legislature intends to divvy up in the future.

The railway has estimated the cost of preserving the historic bridge to be between $50 million and $90 million, while a feasibility study from North Dakota State University estimated the cost to be around $6.9 million. The Friends group told the Burleigh County Commission it has $17,000 in the bank and will look for grants and donations to help fund its efforts.

Burgum also said the bridge wouldn't "have to be hooked up to a trail system on day one."

"If you could just save the thing, you can spend the next 10 years fundraising and developing the tourism plans -- just not knock it down," he said.

The bridge project "would be a fun one" to pursue and "worth us taking a look at it" now that the busy legislative session is over, he said.

"I still think there's a way to make it work," the governor said.

BNSF last week asked the Coast Guard to shift gears from preserving the bridge to removing it, citing multiple concerns with Friends of the Rail Bridge's progress, including a lack of a public partner, no demonstrated ability to meet fundraising goals and unmet deadlines.

Friends of the Rail Bridge had until March 15 to establish a public-private partnership that would eventually take ownership of the historic bridge to prevent its demolition and convert it to a pedestrian bridge. The Burleigh County Commission voted on the last day to allow the group access to additional liability insurance through the North Dakota Insurance Reserve Fund, something it cannot do. The commission later withdrew from the partnership after learning it can't provide the nonprofit that access.

The Friends group also asked the Bismarck Park Board to join the partnership on April 15 and said it had been given permission to move forward with its plans to preserve the bridge alone, though it continues to search for a partner for its preservation efforts. The park board tabled discussion on the matter for up to six months because of unknown financial responsibility.

Friends Board President Mark Zimmerman also said it's been tough to approach any governments about partnering when the potential price tag is that high. Friends of the Rail Bridge submitted amendments to the agreement that could clarify who is responsible for funding any preservation and allow the nonprofit more time to fulfill its requirements.

BNSF Railway has asked the U.S. Coast Guard to begin the process of removing the historic Bismarck-Mandan Rail Bridge.

The Bismarck Park Board tabled a request from a railroad preservation group to join its partnership, citing unknown financial responsibility. 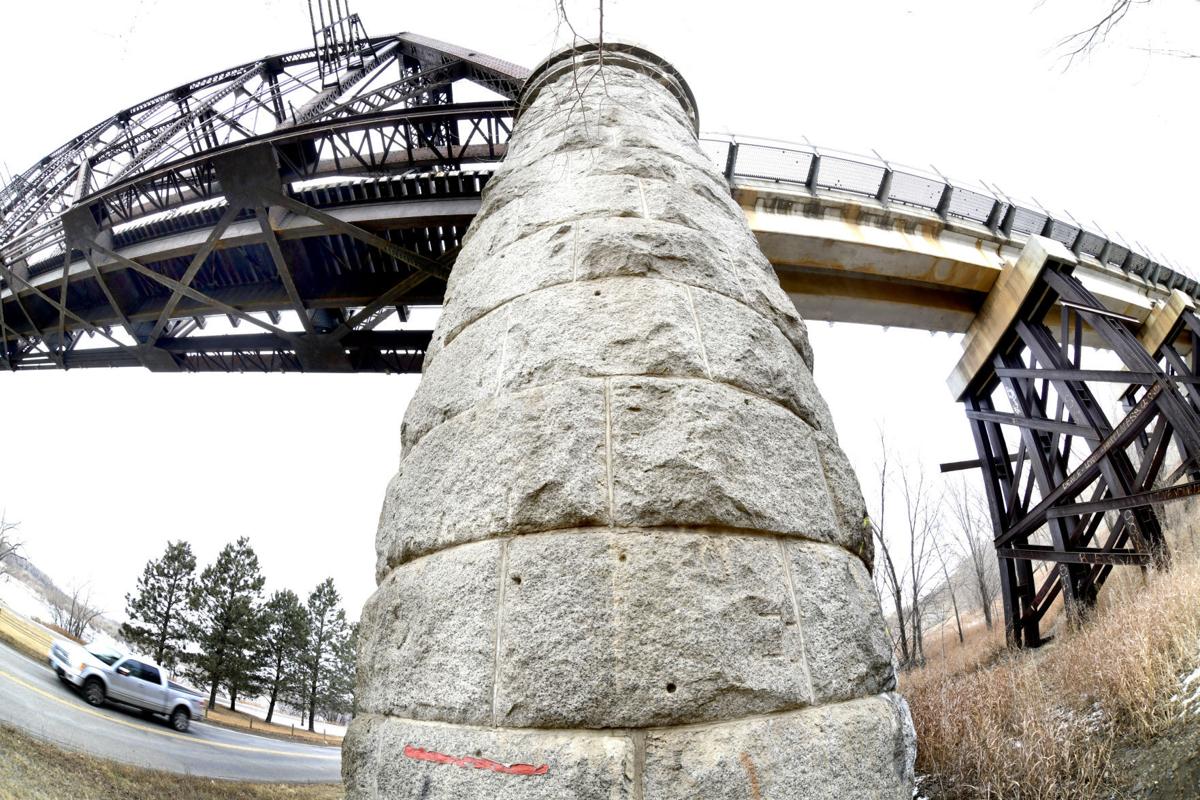 Members of the Friends of the Rail Bridge are trying to save and preserve from demolition the Bismarck-Mandan Rail Bridge over the Missouri River between Bismarck and Mandan. The 1880s-era bridge was on the National Trust for Historic Preservation's list of America’s 11 Most Endangered Historic Places in 2019.