The high school graduation rate for Native American students in North Dakota continues to rise in 2017, and yet a significant gap persists when compared to the overall student population.

State graduation and dropout rates were presented at DPI's second annual Dropout Prevention and Re-Engagement Summit on Wednesday at the state Capitol. The summit serves as a precursor to the department's Fall Educators Conference, which will be held Thursday and Friday at the Bismarck Event Center.

The report showed there's still a significant gap in graduation rates between Native American students and their white counterparts — about 23 percentage points in 2017.

Native Americans represent about 10 percent of the K-12 student population in North Dakota.

While State Superintendent Kirsten Baesler called the increase in Native American graduation rate this year a "good start," she said there's still "a lot of work ahead of us."

"I'm very proud of the work that our leaders and educators are doing in our school districts," she said. "It's a celebration to have that gain and to see the trend going in the right direction."

Baesler said, a few years ago, state and local district officials realized that more work needed to be done to improve Native American graduation rates. Since then, the state has looked at how instruction could be provided differently to Native American students both on and off the reservation. This includes creating a cultural component that could be added to K-12 curriculum, called Native American Essential Understandings.

"Once you get past the idea of identifying there's a problem, you can start to begin to work on a solution," she said.

Lucy Fredericks, director of the office of Indian/multicultural education for DPI, said the department also will continue to administer its Native American Needs Assessment Survey. Last year, it sent a survey for the first time to schools that serve a high population of Native American students.

Fredericks says DPI will send a second survey next month.

North Dakota's plan to comply with a federal education law called the Every Student Succeeds Act included a section about tribal engagement. Starting last year, when the act went into effect, Baesler said DPI met twice with tribal leaders on all five of the state's reservations.

This "broke down some barriers" between DPI and tribal government, which Baesler said prevented the state from responding to the needs of Native American students.

Baesler said yearly meetings will continue with tribal leaders in the state. Two weeks ago, she met with Standing Rock Sioux tribal leaders, and then she'll be visiting with the heads of MHA Nation and Spirit Lake Nation.

The Dropout Prevention and Re-Engagement Summit included a panel with students in North Dakota who dropped out of high school.

Three years ago, DPI surveyed students at the regional adult learning centers in the state, asking them when they dropped out and why. Valerie Fischer, director of adult education for DPI, said one the top reasons included lack of engagement and the absence of a trusted adult.

Paden Streitz, 20, sat on the student panel at Wednesday's summit. He's a former Williston High School student, who dropped out when he was 16.

"School was the last thing on my mind," he said. "I was just dealing with so much personal stuff, and nobody seemed to acknowledge that I was there, and I just said screw it and dropped out."

Streitz said having a teacher or administrator reach out to him would have made a difference. Streitz is currently getting his GED at the Adult Learning Center in Bismarck.

Fredericks said DPI held a student panel to hear directly from students about why they're dropping out.

"It's slowly changing, I think, but we still have stories like (Streitz's) that we hear; we need to do things differently to even reach those students to meet their needs," she said. 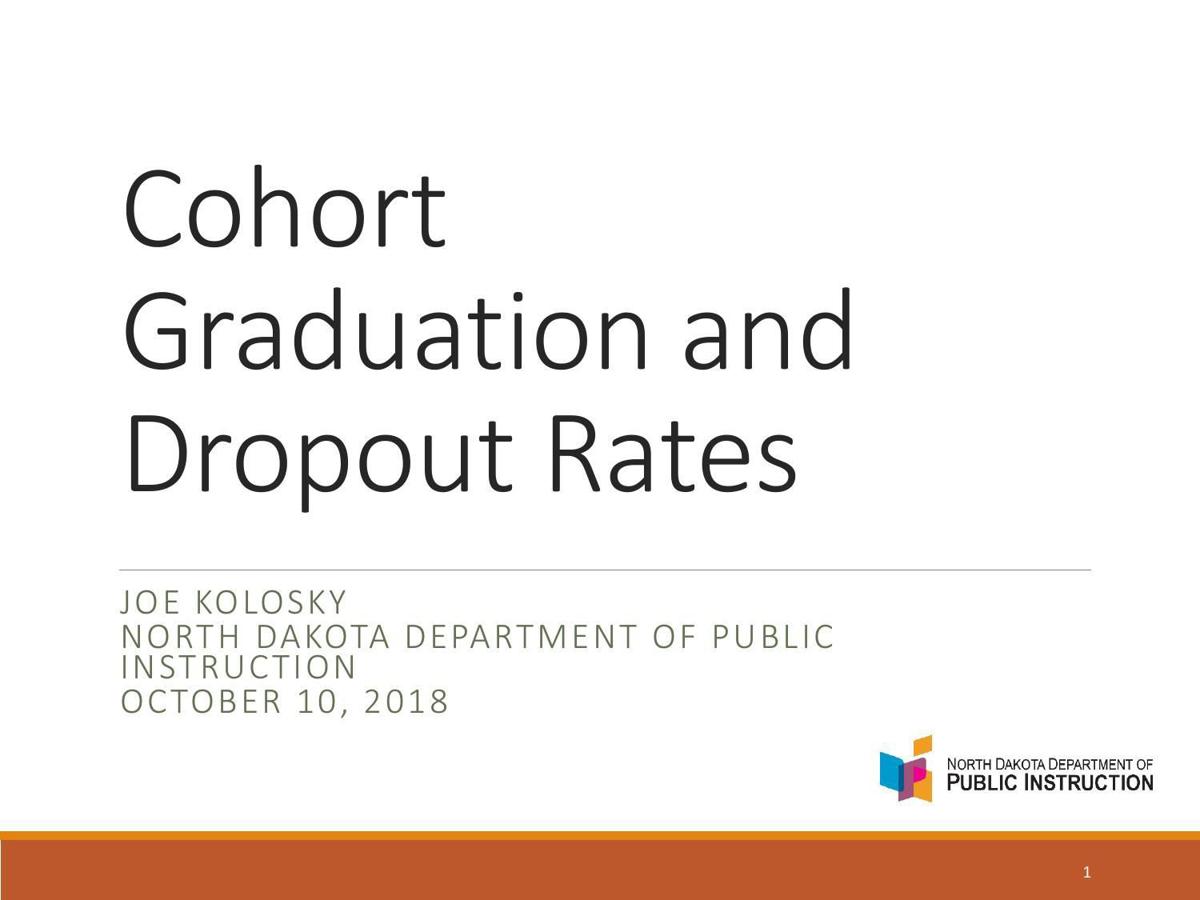 These are the weirdest things we've left on the Moon

These are the weirdest things we've left on the Moon

Some North Dakota teachers want to better understand the needs of their Native American students, as well as incorporate more Native culture i… 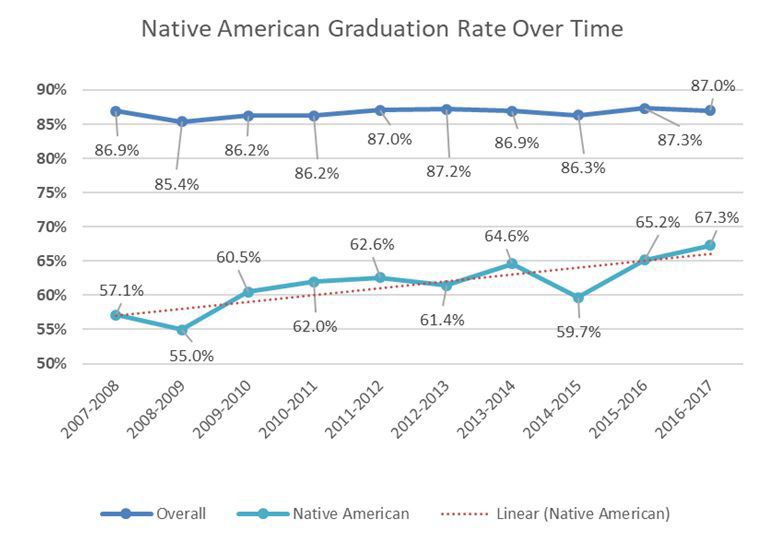 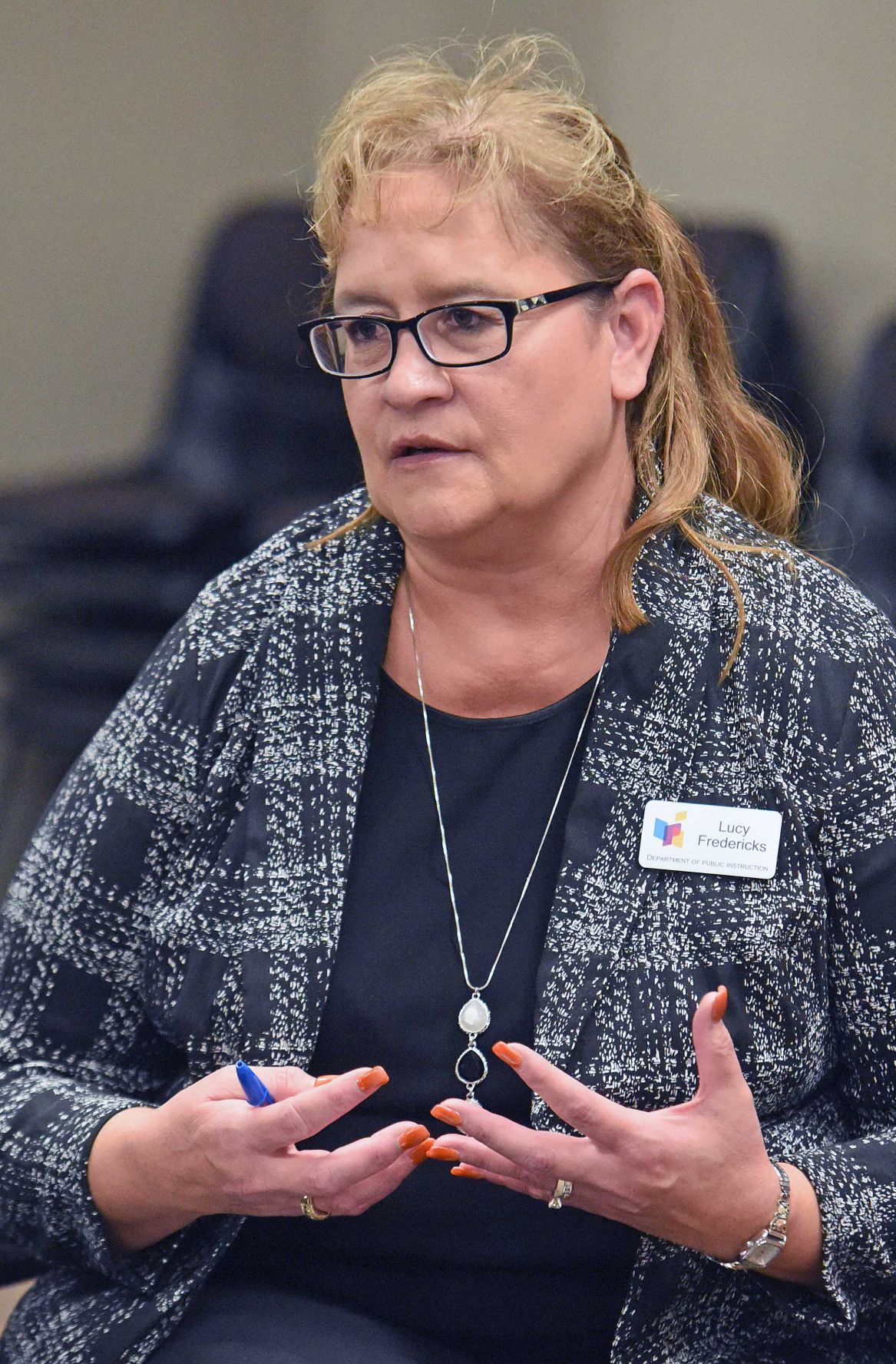 Lucy Fredericks is the director of Indian/multicultural education for the Department of Public Instruction.