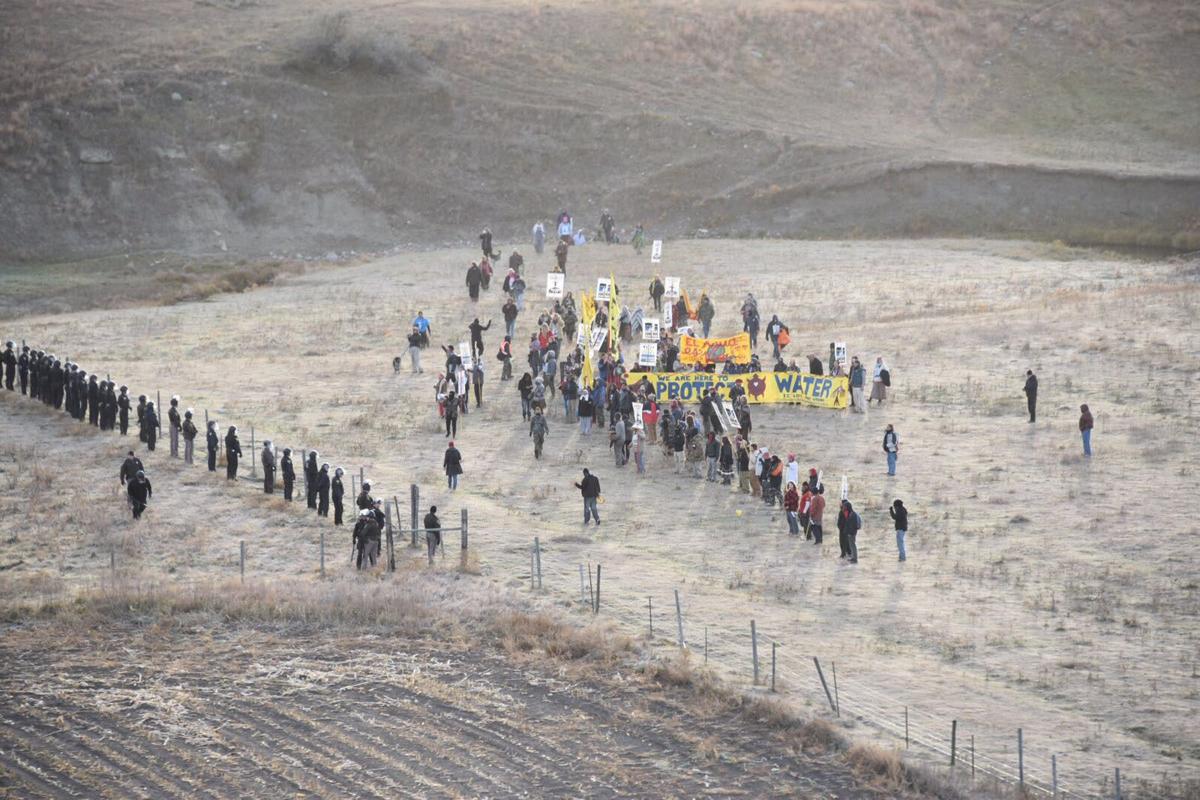 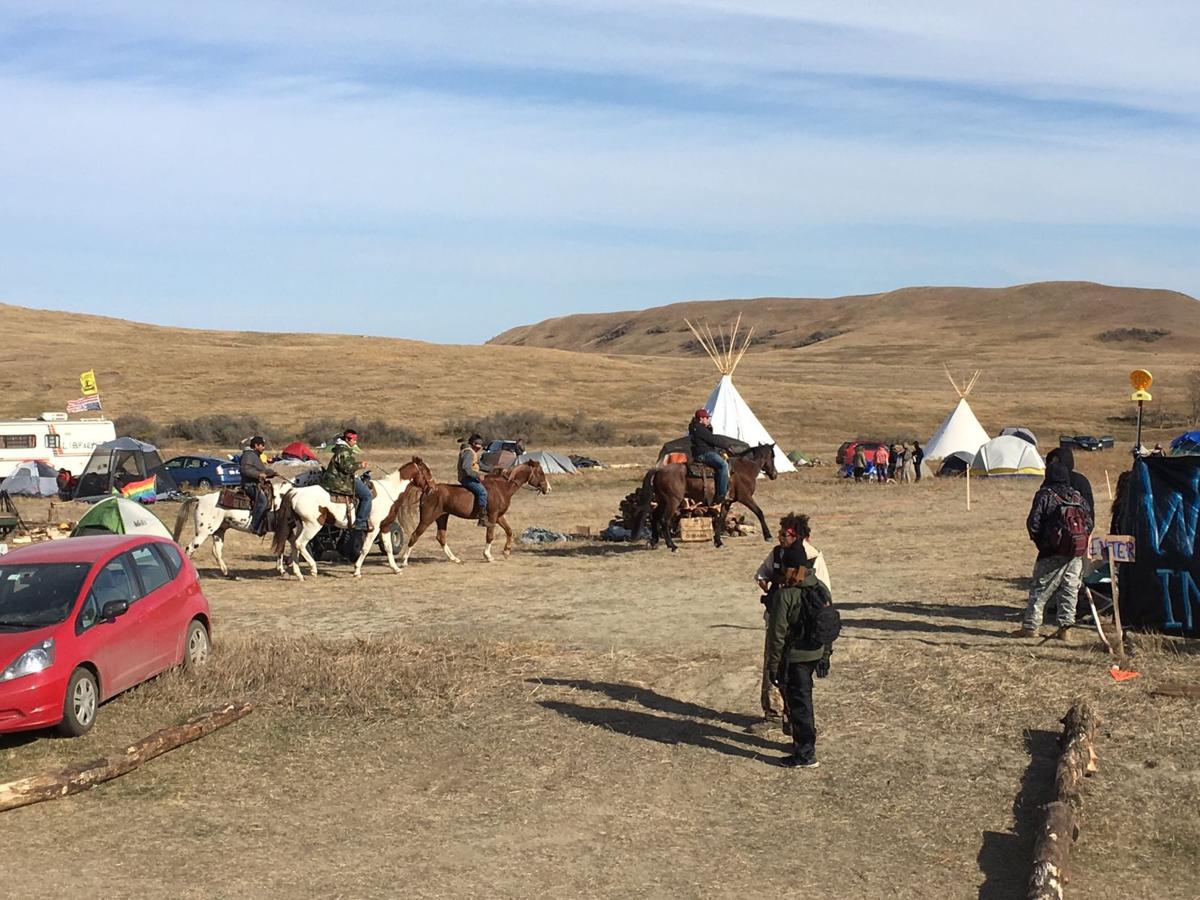 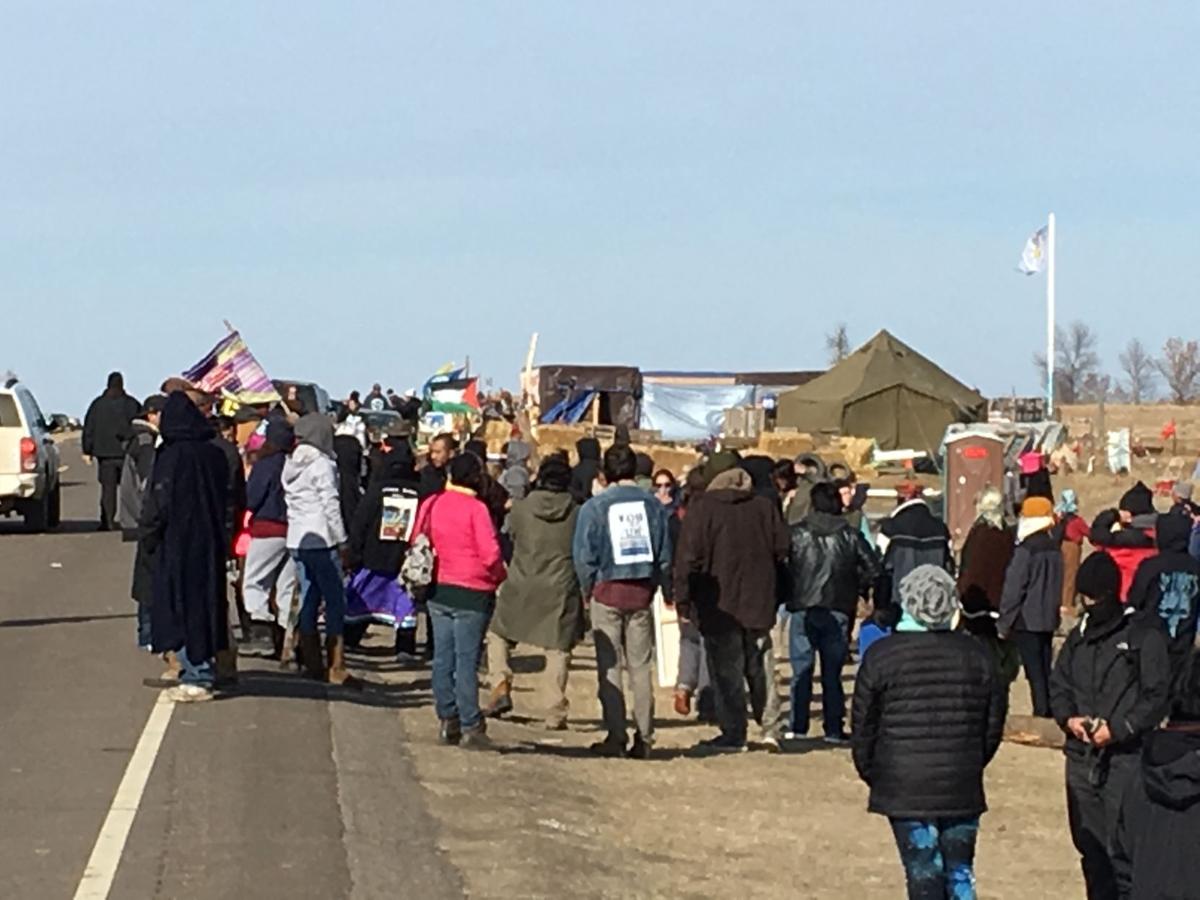 Highway 1806 has been indefinitely closed beginning in the area of Fort Rice, according to the Morton County Sheriff's Department. The move is in response to demonstrations that took place Saturday and Sunday, law enforcement revealed today during a press conference at the Mandan City Hall.

Some of the 127 protesters arrested over the weekend are making initial court appearances today in Morton and Burleigh counties via video conference and at the courthouses.

On Saturday, 126 people were arrested during demonstrations at a Dakota Access Pipeline work site. Charges include reckless endangerment, criminal trespass, engaging in a riot, assault on a peace officer and resisting arrest.

Morton County Commissioner Cody Schultz indicated that protesters, over the weekend, did move closer to the pipeline easement.

Capt. Bryan Niewind, of the North Dakota Highway Patrol, reported that officers used pepper spray during a confrontation on Saturday. He said at least two arrows were shot toward law enforcement.

"The activities were intentionally planned to incite fear," Niewind said of the protesters.

Another person was arrested Sunday for trespassing and refusal to halt, according to the Morton County Sheriff's Department. On that day, protesters set up three blockades in the area, which were subsequently taken down at the request of officers. Law enforcement also reported shooting a drone over the weekend as it came within 30 to 50 feet of a helicopter's rotors. However, the drone was not downed.

"We support a legal protest," said Morton County Sheriff Kyle Kirchmeier. "We do not support the illegal activities ... that hinder public safety."

In addition to the road closure, more officers from Wisconsin, South Dakota, Wyoming, Nebraska, Indiana and Minnesota have been asked to help reinforce the presence of law enforcement in Morton County.

Some protesters were taken to jails throughout the state, including Cass, Mercer, McLean, Stark and Stutsman counties, as well as Devil's Lake, according to Morton County Assistant State's Attorney Gabrielle Goter. They are scheduled to appear Monday in court via video conference.

Goter, who approximated the number of protesters seen today due to some bonding out, said in Morton County, nine were seen today who were being held in the jail there. Eighteen appeared this morning in Burleigh County, including 14 who were housed in the Burleigh County Detention Center and four who appeared via video conference from McLean County.

The rest — 36 protesters — are scheduled to appear this afternoon, she said.

Check back later for updates.