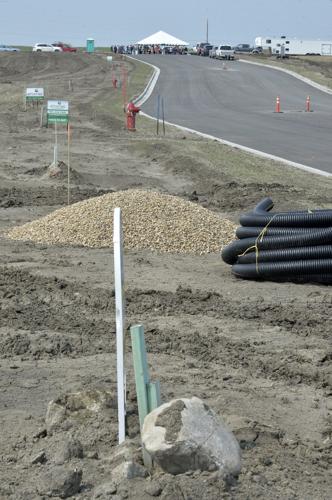 A white tent was the spot for a groundbreaking ceremony for the Silver Ranch real estate project in northeast Bismarck on Thursday. 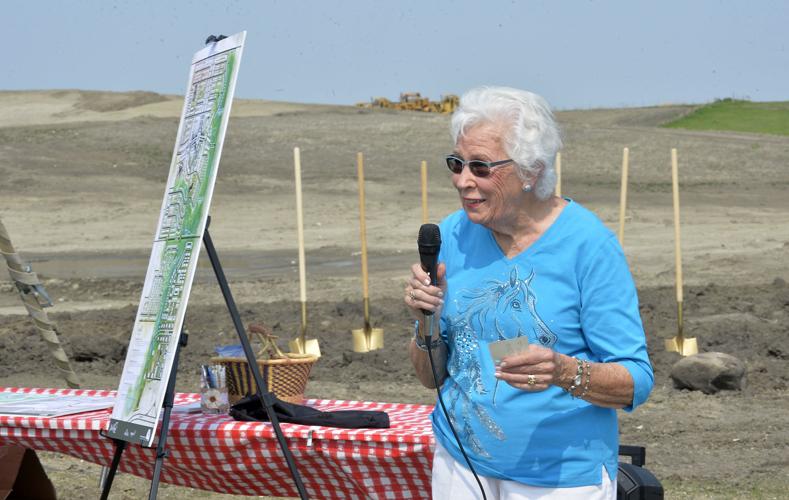 Nadeane Silbernagel talks about her family and her ranch during the groundbreaking ceremony for the Silver Ranch real estate project in northeast Bismarck in May 2019.

Officials broke ground this week on a real estate project in Bismarck that will be twice the size of the city of Lincoln.

The land for Silver Ranch, which will span more than 1,200 acres and add 2,800 houses to northeast Bismarck over the next 30 years, used to belong to the Silbernagels.

At the groundbreaking ceremony on Thursday, Nadeane Silbernagel spoke about the land their family has farmed, ranched, grown up on and raised children on.

"Nearly 50 years ago, we purchased this land and we dropped over that hill and it was our world," said Silbernagel, surrounded by family members.

"Our being here as a family is changing as Bismarck is changing," she said.

Silver Ranch is a three-phase project, with about 100 lots to be built every year for the next 30 years, according to local developer Chad Wachter.

It will include six distinct neighborhoods that will be built around a "community anchor," such as a park, a community center or a school, said Jake Axtman, of Axtman + Associates, which designed the master plan.

It will feature a mix of housing types, such as single-family and multi-family homes, as well as apartment buildings. There will be a mixed-use "town center" at the heart of the development, which will provide housing options, office space, retail and entertainment.

A network of trails and green space will connect each neighborhood, making it "one of the most walkable and bike-friendly communities in the city of Bismarck," Axtman said.

"Silver Ranch is going to be something that I don't think Bismarck has ever seen," said Jamie Schmidt, vice president of Triton Homes.

Wachter said the development will add a real estate tax base in excess of $800 million to the city.

Bismarck Mayor Steve Bakken attended the groundbreaking ceremony and thanked the Silbernagels and those involved in the project.

"These are the types of developments we need to see more often in Bismarck, with the density that balances out that quality of life by having the space that we all desire," he said. "This is a good mix and a good balance."

Wachter said the development is open to local construction companies who want to build a lot, or to private buyers who have a specific builder with whom they want to work.

Local developer Chad Wachter is digging in on a development two times larger than any other he’s ever done.

Drought causes French river to be crossable by foot

Man acquitted in deaths of 7 motorcyclists

Man acquitted in deaths of 7 motorcyclists

A white tent was the spot for a groundbreaking ceremony for the Silver Ranch real estate project in northeast Bismarck on Thursday.

Nadeane Silbernagel talks about her family and her ranch during the groundbreaking ceremony for the Silver Ranch real estate project in northeast Bismarck in May 2019.