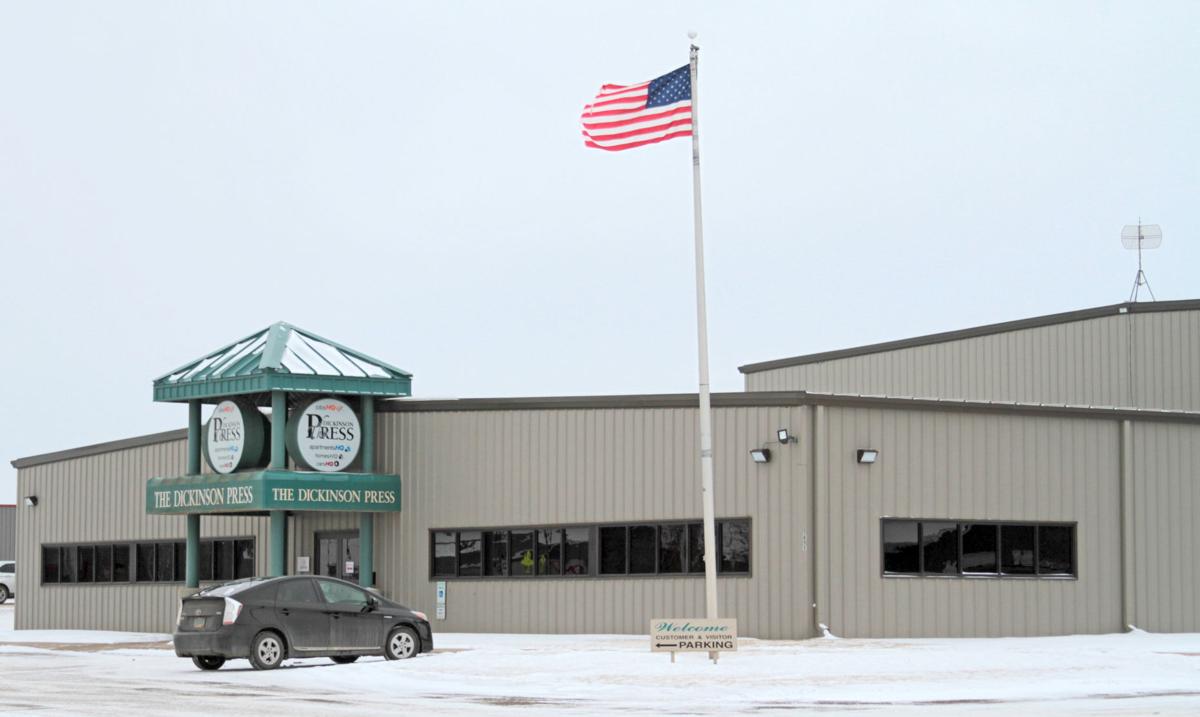 The Dickinson Press announced it will reduce from printing five days a week to once a week beginning March 4. 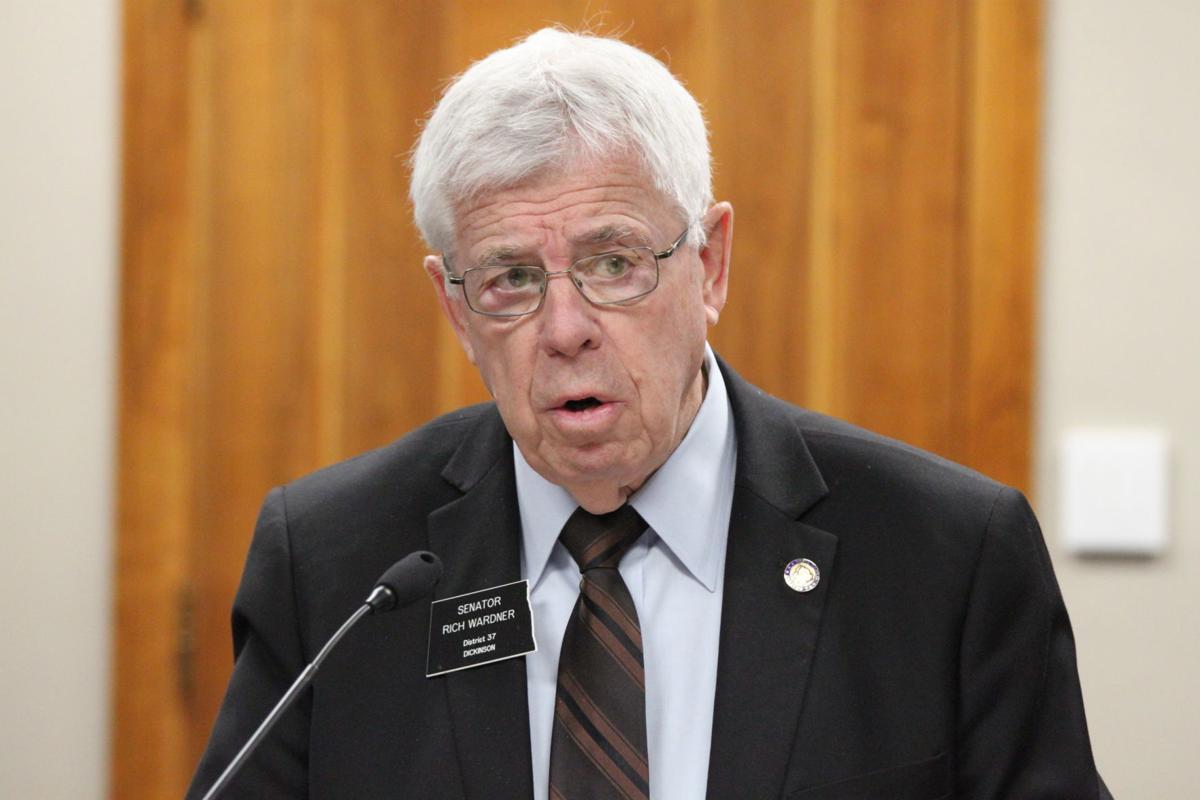 The former managing editor of The Dickinson Press was scathing in his assessment of changes recently announced by the paper.

"What Forum Communications did is going to be terrible for Dickinson. Absolutely terrible," Dustin Monke said. "I believe it’s harmful to the community and it's a shame, really it is."

Forum Communications, which owns the Press, announced plans on Monday to reduce the paper from printing five days a week to once a week on Wednesdays, beginning March 4. The weekly paper will be printed in Bismarck and will be delivered to subscribers by mail. A staff and office will be maintained in Dickinson, but The Press building will eventually be put up for sale.

Monke, who was sports editor from 2006-2013 and managing editor from 2013-2016, hopes the Press will still be able to cover the area well with the resources it has, but didn't see how that was going to be possible.

"How can you cover this whole area with one sports reporter? Or one editor?" he said.

The Tribune was unable to verify how many layoffs will occur as a result of the changes. Aaron Becher, vice president of newspapers for Forum Communications, did not reply to an email seeking comment.

There has always been a disconnect between the Dickinson paper and its Fargo-based owners, Monke said.

"People here in western North Dakota don't care too much about what’s going on in eastern North Dakota, yet we hear more about that part of the state than anywhere else," he said. "I don’t know how many times I heard it when I was the editor, that 'I don’t get this paper to read Fargo news.'"

Economic and political leaders in Dickinson were surprised by the news.

"I’m disappointed. Dickinson is a growing town and I don’t think it really looks good when we are losing our daily paper and we’re going to go to a weekly," state Senate Majority Leader Rich Wardner said.

He noted the declining number of television and newspaper reporters in southwestern North Dakota, and had concerns about a news desert developing in the region.

"Pretty soon we may not have a weekly, the way it’s going," Wardner said.

The Dunn County Herald, based in nearby Killdeer, printed its final edition in early December amid declining revenue streams. Two other papers slated for closure in December were saved when GS Publishing owner Jill Friesz bought the Hettinger-based Adams County Record and the New England-based Herald.

Dickinson Mayor Scott Decker said receiving daily news is important. He was concerned about the effect the changes will have on the city to publish legally required meeting notices.

"We'll have to figure that out," Decker said. "It's going to be a big change in our community."

Not everyone uses social media or the internet to get news, Decker said, adding that the decision to go to a weekly must have been a tough one for Forum Communications to make.

It'll be a significant change, given the fact that the paper has been a part of the community "forever," said Ryan Jilek, head of the Stark Development Corporation, a regional economic development agency based in Dickinson. He too had concerns about publishing public meeting notices.

Christina Jorgensen, director of the Dickinson Area Chamber of Commerce, said it was unfortunate that the community was losing its daily paper, but that the Chamber will continue to support the Press in any way it can.

"Not only has the Press been a constant source of news, but it has offered advertising opportunities for our businesses and other organizations," Jorgensen said. "This is kind of a tough loss, knowing that Dickinson has so much going on and so much to offer. We wonder, when we see this loss happen, what it will take will take for the community to rally and come back and support and tell our stories again."

Newspaper closures or reductions tend to be indicator of a dying community, but that is not the case in Dickinson, Monke said. Business is steadily expanding in Dickinson, according to Jorgensen and Jilek. The median population age is decreasing, and last year saw the highest birth rate in the city's history, both indicators that families are finding economic opportunities and are here to stay, Jilek said.

Dickinson has plenty of news to cover, Wardner said, and he hopes other outlets will try to fill the gap. He challenged the Tribune to increase coverage during an interview last week.

"The Tribune needs to step up. If you wanted an opportunity to sell more papers, I think this is your opportunity. Make southwest North Dakota your territory. If you don’t, we will be a (news) desert out here," Wardner said.

A Bismarck man was arrested late Friday in connection with the death of a man who authorities say died of multiple gunshot wounds.

A Bismarck man who turned himself into police told them he was tired of another man’s teasing when he pulled a handgun and shot the man to death.

A man who police say pointed a gun at patrons of a Bismarck bar and threatened to fire the weapon has been charged with terrorizing, court doc…

North Dakota State University is analyzing wastewater samples from Bismarck, Mandan and other cities in a study to learn more about coronavirus trends in communities.

A Mandaree man wanted for attempted murder in Bismarck has been arrested without incident, according to the U.S. Marshals Service.

A Bismarck man was sentenced Monday to five years in prison for the alleged sexual assault of a woman who was unconscious.

The Dickinson Press announced it will reduce from printing five days a week to once a week beginning March 4.