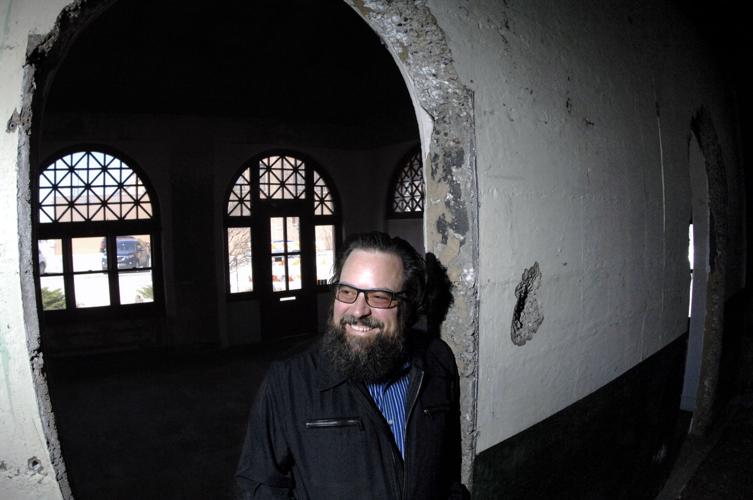 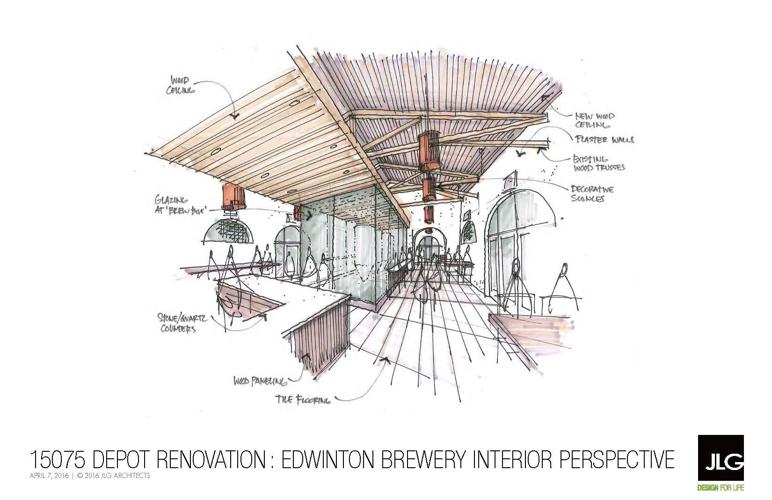 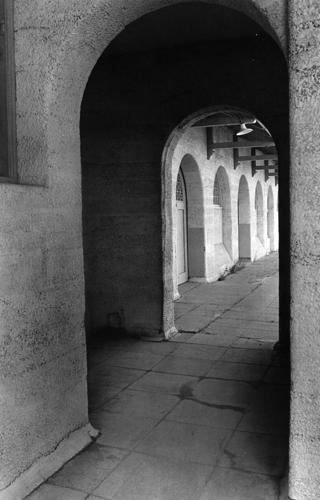 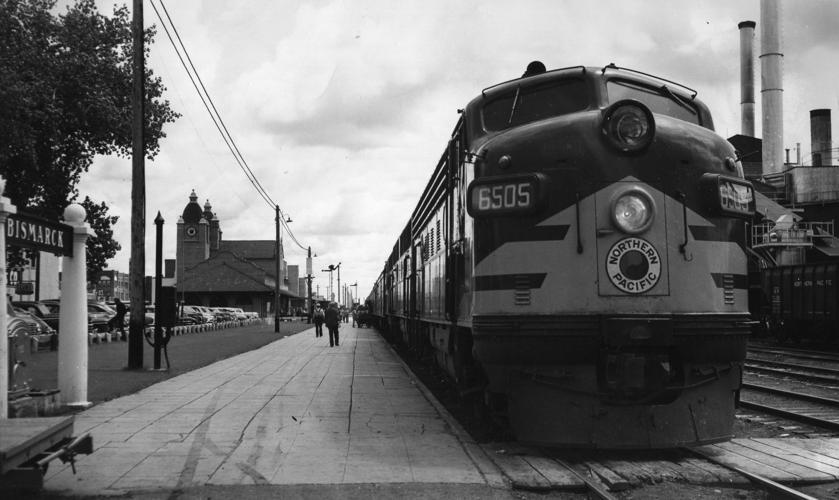 Northern Pacific's Alaskan at the station in Bismarck. 1951

The Northern Pacific train depot in Bismarck in 1908

A few years ago, local restaurateur Dale Zimmerman, armed with a cell phone flashlight, poked his head up through the false ceilings that hung in the west end of the former Bismarck train depot.

What he saw illuminated in the low-lit cavern was an opportunity.

“Oh, my God, why would anyone cover this up?” he asked himself of the all-wood ceiling and large wooden beams.

And since that epiphany in the high, chapel-like ceiling, Zimmerman has been slogging through the muck of an extensive permitting process to make way for a new microbrewery, restaurant and event center.

Federal brewing laws, historic site laws and environmental laws related to being on former railroad property, as well as the necessary state permits, have all been met and secured.

“It’s taken this long to get the approval of all these agencies,” he said.

All that remains is a downtown design review, approved Thursday, and a zoning variance, on the Planning and Zoning agenda for April 26, which is needed to manufacture beer.

“These are the last two hurdles,” he said, and barring any approval issues, construction could start as early as next week.

The 20-barrel brewing equipment system for what will soon be Edwinton Brewing Company, which takes its name from the original name for the town of Bismarck, is on its way here from storage in Atlanta. Zimmerman and his crew will begin brewing in May and launch their first beers during German Days in July. By Labor Day, the brewery and restaurant is expected to be open on the west side of the building.

On the east side will be Bismarck Depot Events, a private event center for everything from weddings to corporate lunches.

The two spaces will share a kitchen putting out cuisine with a German spin to it that will pair well with the beer brewed on the Edwinton side.

Menu items will include a multitude of smoked meats — from chicken to burgers to brats — as well as mustards and strudels giving it that German nod. Zimmerman said people come to Bismarck from around the world and want to eat something with a local flair. This would add German cuisine to the offerings of the city.

The beer recipes come from a top New Zealand brewmaster and includes a North Dakota honey beer made with the same honey featured in Peacock Alley’s honey butter, Loco lager, an IPA, a stout and a brown ale, all of which Zimmerman classifies as “drinkable to all people.”

Zimmerman said Edwinton also sets itself apart by being open to all ages. In addition to beer, the brewery will be serving wine and spirits and non-alcoholic beverages, including home-brewed lemonade, ginger beer and root beer.

A second patio will be built on the northwest side of the building, spilling into the parking lot which closes May 1, to provide fair-weather seating at Edwinton. The back patio will be remodeled with new lighting and a state area for Bismarck Depot Events.

The event space will be in place for at least two years. In that time, the mixed-use downtown FiveSouth development is expected to open a Sheraton Hotel with event center and Zimmerman will weigh his options between expanding the brewing operation or a second restaurant concept he calls Loco, short for locomotive.

As Zimmerman revamps the space, it will stay true to the original design.

“Everything will enhance what’s already there,” he said.

He’s replacing the floors back to concrete. Archways along the north side of the building that once served as pass throughs onto the rail platform will be reopened and retrofitted with glass doors that can be left open onto the patio during the warmer months.

“It’s a pretty exciting thing,” Zimmerman said of being able to re-purpose one of North Dakota’s most recognizable buildings into something everyone can enjoy and adding fuel to the downtown revival.

A public green space planned for the parking lot of the building is also still in the works. Zimmerman will donate the land to the Downtown Bismarck Foundation for the space when time comes.

After about three and a half years of construction, Edwinton Brewing Company opened in the Bismarck Depot on Thursday.

State Department says don't use Uber in areas around Cancun

State Department says don't use Uber in areas around Cancun

Northern Pacific's Alaskan at the station in Bismarck. 1951

The Northern Pacific train depot in Bismarck in 1908