The record-setting blizzard in North Dakota earlier this month may stress wildlife and cattle, but to what degree depends partly on what Mother Nature has to offer for the rest of the season.

“The real question is, if it’s 8 or 20 inches (of snow), is it going to stay?” said Casey Anderson, North Dakota Game and Fish Department wildlife chief.

The single-day storm dropped 2 feet or more of snow over parts of western and central North Dakota, with snowfall rates of 1-2 inches per hour. The 17.1 inches of snow that fell in Bismarck smashed a city record for Nov. 10. Frigid arctic air blasted into the region as the storm moved out and has lingered this week, with temperatures 20-30 degrees below normal for this time of year and wind chills well below zero.

For animals who live outdoors, the severe weather this early in the season presents a challenge but not a crisis. That could come later, depending on the length and severity of the season.

If the region didn't get any more snow this winter, wildlife would probably handle the blizzard without a problem. Low temperatures have a greater effect on the condition of wildlife as the winter wears on, Anderson said. Abundant grass this summer helped deer and other big game come into fall in decent shape, but they use energy stores to maintain their body temperature.

The availability or scarcity of four things -- food, water, shelter and space -- will influence a deer’s habits. They’ll give up one of those to find another, Anderson said.

Deer will scratch for food and eat snow as a water source. Their habits can change as the winter wears on.

“Where people see big groups this early, that means habitat is in short supply,” he said.

Landowners noting deer and other wildlife in such groups might have the opportunity to plan for creating habitat the following spring. The center of a tree plot that blocks wind from any direction will keep snow accumulations down so deer can find areas to bed. A number of agencies, including Game and Fish, have cost share programs to help landowners establish such plots.

Predators too will adapt to the conditions, Anderson said. Coyotes, for example, can navigate the snow that came with the blizzard because it was fairly light. They also can walk on top of the snow once it crusts over, while deer might break through.

People should avoid any urge to feed wildlife, according to Anderson.

“They’re just getting (animals) used to people and used to handouts,” he said.

Feeding in a small area also concentrates animals and increases the potential for spreading disease.

Grouse have feathers down their legs and will bury themselves in snow to stay warm. Pheasants aren’t native to the state but will scratch and dig for food.

“If you see pheasants bunched up in a yard with cattle it’s because there’s shelter there,” Anderson said.

“Maybe with two or three more, or maybe in April if there’s still snow on the ground,” she said. “But this is a good heads up."

The early snow likely has producers thinking about feed inventories and resources, according to Pederson. Hay reserves were on the rebound after a couple of tough winters followed by drought. Most ranchers were prepared but this storm “was earlier than preferred,” she said.

Like deer, cattle need a dry place to bed down. The snow presents more of a challenge in that respect than it does for grazing. Temperatures haven’t yet fallen to a point where cattle will start using energy to maintain body condition, but now is the time to monitor that, Pederson said. Ranchers who see their cattle daily might not notice changes in body condition. She suggests they have another person -- a county agent, a veterinarian or even a neighbor -- eye their herd for a second opinion.

It's easier to put weight on a cow now than in late winter or spring at calving time, according to Pederson. “Start now instead of later," she said.

The snow could be the start of a long winter but it could also provide some benefits, Pederson said. Many of the state’s stock dams have been low for several years. The most recent crop report from the National Agricultural Statistics Service rates stock water supplies in the state as 49% short or very short. Melting snow could offer some relief.

Winter can affect the fetuses being carried by does and cows, the experts said. Cattle fetuses are resilient and can handle much of winter’s stress. A longer winter will impact how many does carry their fawns to full term.

“They can reabsorb a fetus to conserve energy and survive. That’s their first goal,” Anderson said.

Virginians plead guilty in child abduction; were arrested near Bismarck

Two people arrested near Bismarck for allegedly abducting children from Virginia have pleaded guilty to child neglect and other charges.

A woman indicted for allegedly using her in-laws’ bank account and identities to make a six-digit down payment on a house has reached a plea agreement with prosecutors.

Comedian Bert Kreischer didn't find much humor in a North Dakota blizzard, but he did discover what it means to be "North Dakota nice."

A Washburn man in prison for rape in Morton County has been sentenced to five years in prison for similar crimes in Burleigh County.

A Bismarck woman who told police in August that she’d sold 2,000 fentanyl-laced pills and used some of the profits to buy a designer wallet wi…

A Detroit man on probation for a federal drug conviction was arrested in Bismarck after police said they found more than 1,200 fentanyl pills …

The city of Bismarck is looking to fill open positions on nine boards, commissions and authorities.

G. Roy Gilbreath, who served decades as chief clerk for the North Dakota House of Representatives and whose name adorns two facilities in Bism…

Woman arrested at Governor's Residence gets 30 days in jail

A Bismarck woman arrested on the grounds of the North Dakota Governor’s Residence has been sentenced to about three months behind bars.

Virginians plead guilty in child abduction; were arrested near Bismarck

Two people arrested near Bismarck for allegedly abducting children from Virginia have pleaded guilty to child neglect and other charges.

Cattle forage in a snow-covered field in Morton County after the blizzard earlier this month. 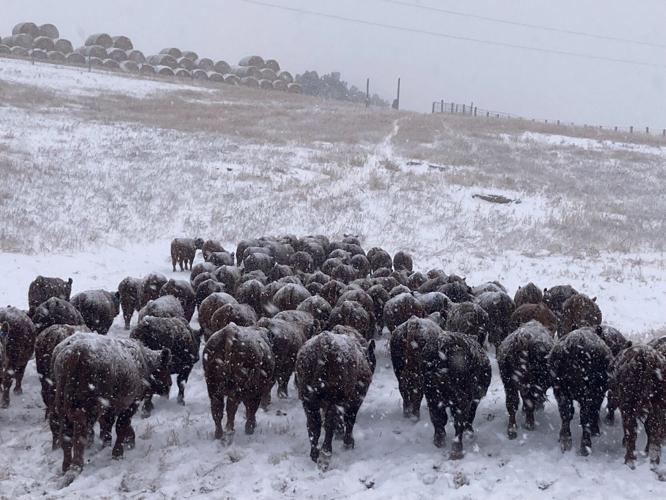 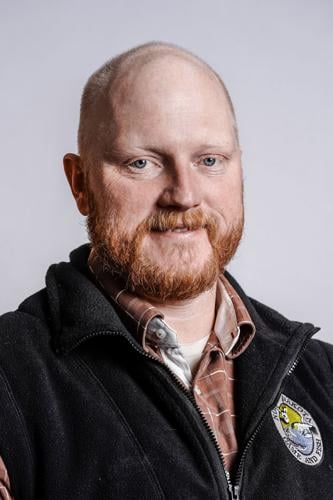