Bob Roesler watched the broadcast of the U.S. figure skating championships this past weekend from his home in south Bismarck, anxiously waiting to see whether one particular pair would complete each lift, jump and throw successfully.

Roesler’s grandchild, Timothy LeDuc, and partner Ashley Cain-Gribble performed well -- so well that they set a national score record in the pairs’ short program and won the competition after their free skate.

It wasn’t just Roesler and his wife, Becky, glued to the TV. So were their neighbors, one of whom called to break the news that the pair had been named to the U.S. Olympic team.

“I haven’t come off cloud nine yet,” Roesler said in an interview several days later.

Becky Roesler recounted what it was like for her husband to sit before the TV.

“Bob said, ‘I don’t know if I can keep my eyes open watching this. It’s one of the most stressful things I’ve done,’” she recalled.

Bob Roesler described the anxiety as akin to dying “a thousand deaths.” But he’s grown accustomed to such a feeling, as his children and grandchildren have excelled at gymnastics, wrestling and running. The athletes in the family “are something else,” he said, joking that “they all take after their grandpa, you know.”

LeDuc and Cain-Gribble will compete at the Winter Olympics in Beijing next month alongside another U.S. pair, Alexa Knierim and Brandon Frazier. Roesler said he anticipates competitors from Russia will pose the biggest competition for the Americans.

LeDuc, 31, grew up in Iowa and began skating at age 12, first as an individual and then as part of a pairs team. LeDuc and Cain-Gribble started skating together in 2016 and are coached by Cain-Gribble’s parents in Texas.

About a year ago, the Roeslers realized the pair had a shot at making the Olympics.

“We were hoping and hoping,” Bob Roesler said. “They’ve gotten better and better as time went on.”

Roesler has never watched them compete in person, though LeDuc visited Bismarck several years ago and put on skates to practice at the VFW All Seasons Arena. Roesler recalled his daughter telling him, “You watch the crowd when Timmy hits the ice. It’s going to be sensational.” LeDuc’s training did not disappoint.

The pairs competition is one of four figure skating disciplines at the Olympics. It includes a number of elements such as throw jumps and side-by-side jumps, which partners need to perform simultaneously. It also involves lifts, a circular move known as a “death spiral” and spins. Pairs are judged on technical difficulty and execution, as well as their overall presentation.

When the pair heads to Beijing, LeDuc will become the first openly nonbinary athlete to compete at the Winter Olympics. Nonbinary is a gender identity that falls outside the categories of man and woman.

Numerous headlines in major news outlets this past week have celebrated the historic nature of LeDuc’s spot on the Olympic team.

Roesler said he briefly spoke to LeDuc by phone as his grandchild was headed to a media interview after winning the championships. Roesler congratulated LeDuc and offered his support. He looks forward to watching the competition unfold in Beijing.

“You’re not going to get me away from the TV when the kids are on it,” he said.

A Bismarck man has pleaded guilty to driving the wrong way in a Bismarck Expressway crash on New Year's Day last year that killed a South Dakota woman.

Ryan Eckroth is running for the seat held by Sen. Erin Oban, D-Bismarck, who is not seeking reelection.

A Mandan man facing charges in skateboarding incidents in two counties has pleaded not guilty to charges in an unrelated case.

A Bismarck man accused of shooting a BB gun at a home, pouring gas around it and threatening to kill one of the people inside will spend three years on probation.

A federal judge has sentenced a Rhame man to life in prison for the sexual abuse of a child.

Ricardo Pierre-Louis has gone from playing soccer for food in Haiti to making a difference in other people's lives in Bismarck.

City offices will be closed in both Bismarck and Mandan on Monday, due to the Martin Luther King Jr. Day holiday. 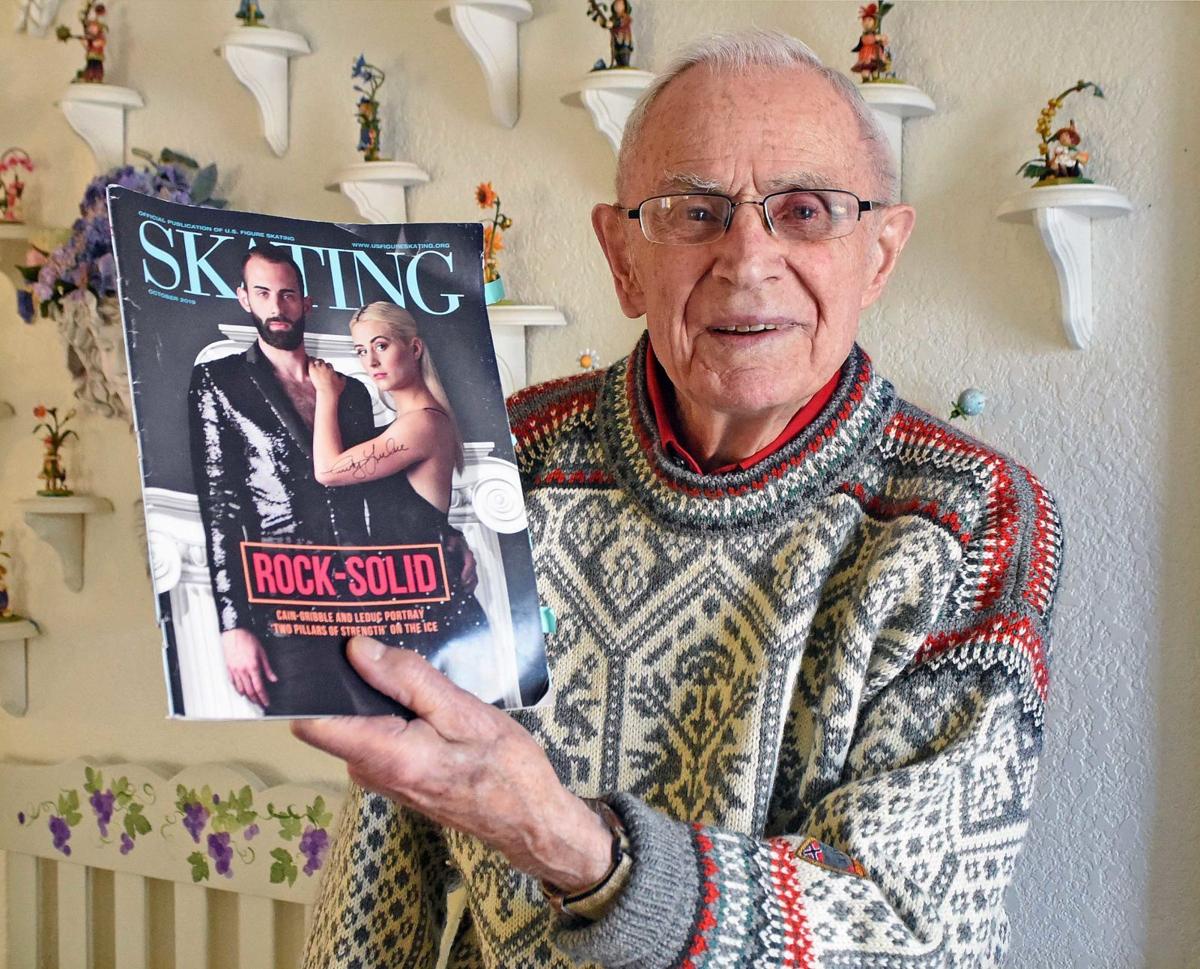 Bob Roesler, of Bismarck, has been following the skating career of grandchild Timothy LeDuc, who will soon be competing in the 2022 Winter Olympics in Beijing. 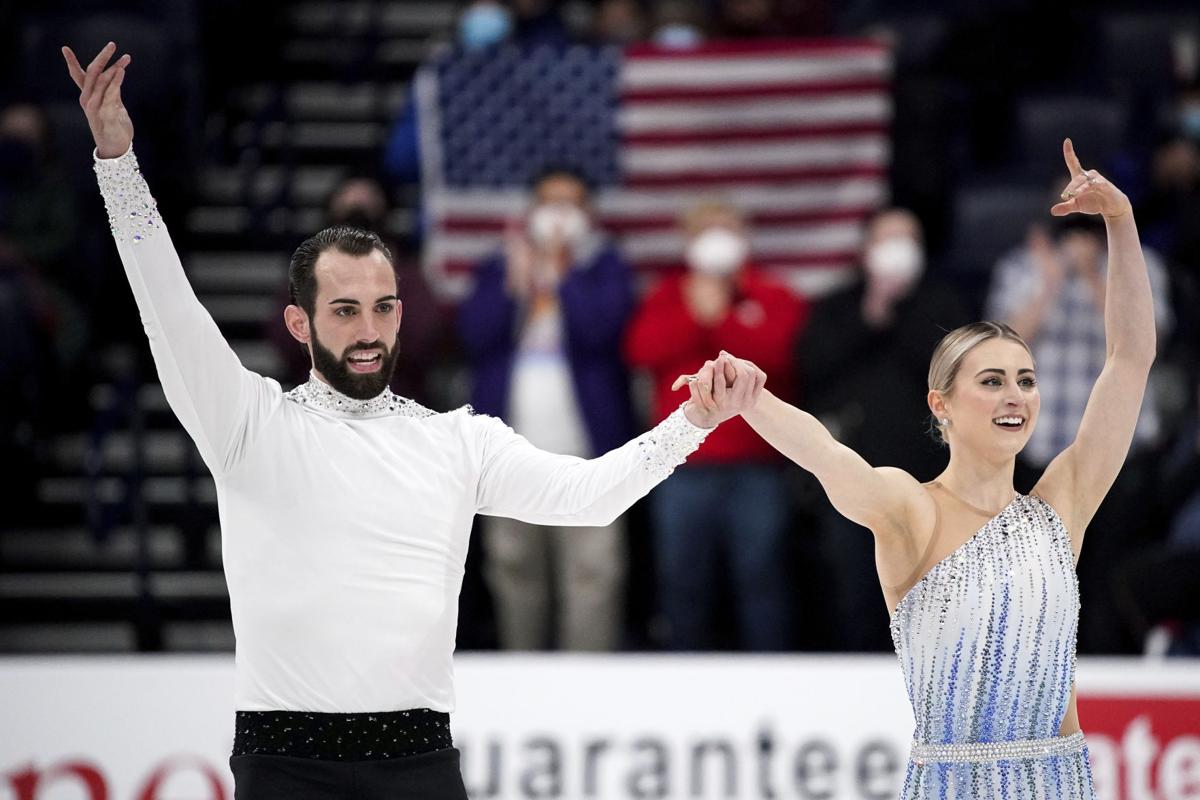