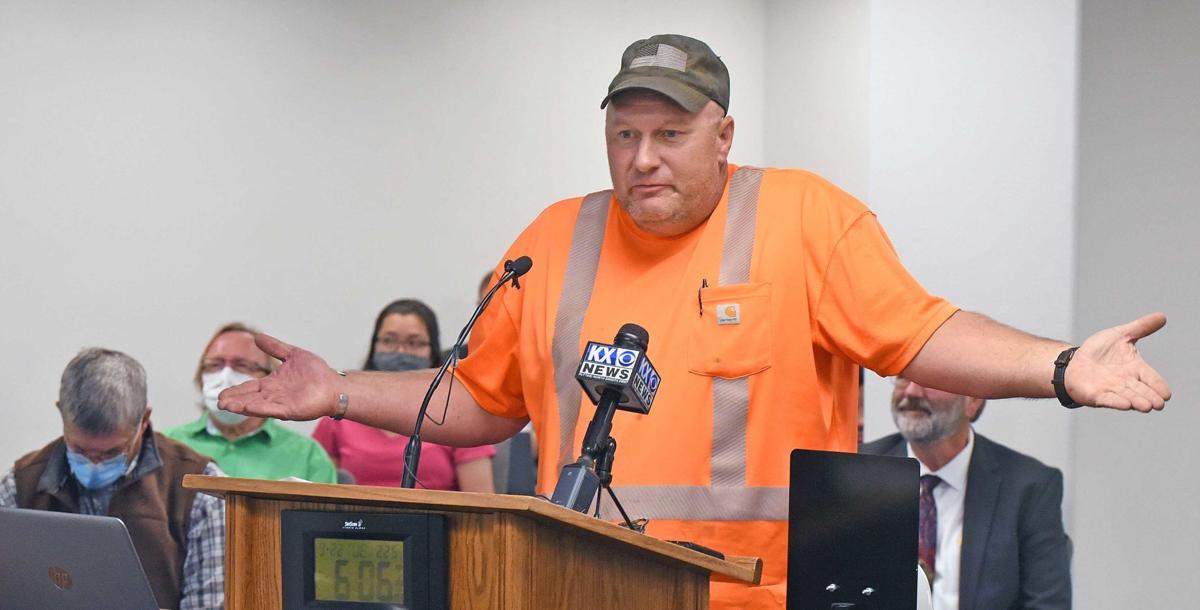 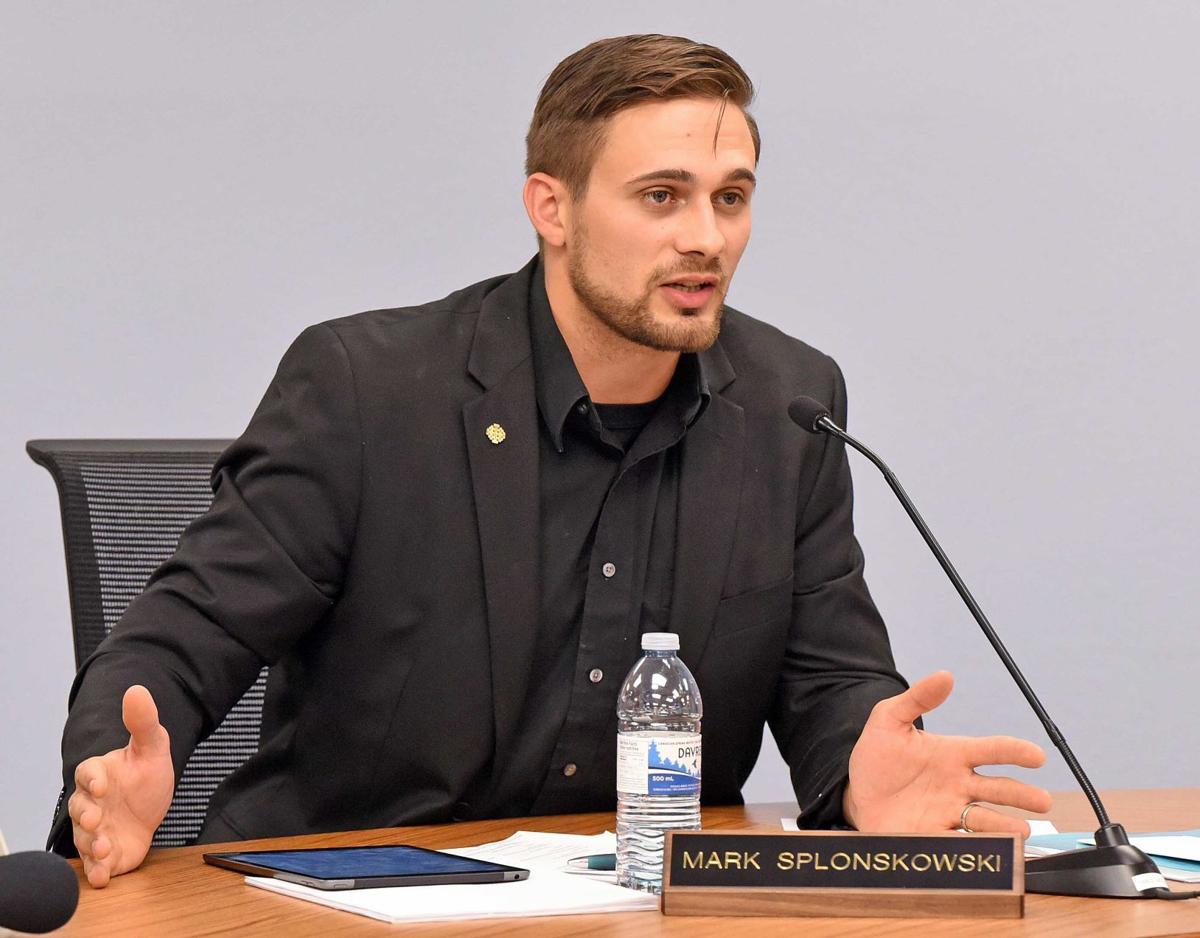 Bismarck City Commissioner Mark Splonskowski addresses his concerns Tuesday about a security contract for a COVID-19 shelter in Bismarck.

Discussion about a COVID-19 shelter drew a large turnout and passionate public comment Tuesday after residents voiced concerns that the pandemic response is infringing on their personal freedoms.

A contract providing security to a COVID-19 shelter for those who need housing was amended to clarify language after misinformation spread on social media earlier in the week.

The contract between the city of Bismarck and Bismarck-Mandan Security was amended to make clear that residents staying in the shelter could leave but could not return if they did so.

Commissioner Mark Splonskowski made the motion to amend the language in the contract because he wanted to verify that residents’ liberties will not be infringed upon.

Splonskowski went live on his official Facebook page Sunday to list concerns he had with a contract between the city and Bismarck-Mandan Security.

Bismarck-Mandan Security was contracted to provide compliance officers for the shelter and ensure residents stay in their rooms. The contract states that the security company is not authorized to use force except in self-defense. If a resident does not follow instructions, the compliance officer is to report it to local authorities and shelter management.

Splonskowski called the compliance officers “jack-booted thugs,” said residents were going to be held “without going through due process of the law” and took issue that taxpayer money would be used to fund the security contract.

As of noon on Monday, no charges had been filed in Burleigh County against people who violated isolation.

Splonskowski previously voted to approve a budget from Bismarck-Burleigh Public Health that included a specific item to fund shelter compliance officers via federal CARES Act money. It was part of the consent agenda at the Sept. 8 commission meeting.

Mayor Steve Bakken addressed that misinformation about shelter security for a shelter at a commission meeting Tuesday.

“There is no plan, nor does this contract provide for, forced detainment of anyone, nor does this extend to children, families or individuals picked up off the street,” Bakken said. “The city cannot force any citizen to comply or to stay in their rooms.”

The contract states that the services are being provided to “vulnerable” residents, which City Attorney Jannelle Combs said is a term used to make clear the standard of care expected of employees.

Shelter services are provided to those who request it, and shelter residents may leave at any time but not come back, Bakken said.

The Bismarck Motor Motel, which is the shelter location, requires the security in order to house people. Previously, Bakken said, there had been problems with illegal drugs and parties in the shelter.

More than 15 people spoke during the public comment period to voice concerns over what they felt was infringement on civil liberties. Some were in overflow rooms or outside the City/County Building because of the large turnout.

Several residents said they felt the word “vulnerable” was too broad and could be misused.

Jennifer Sabo, a Bismarck resident, was specifically concerned with the use of “vulnerable” in the contract and who would be served by the agreement

“Draft a new agreement with more concise language,” Sabo said. “It would put a lot of people’s mind at ease.”

Other residents said they were confused by the messages about the pandemic coming from different levels of government.

“When are we going to hear the same thing from the government?” Mike Carlson asked. “What are we supposed to believe?”

Bismarck-Burleigh Public Health Director Renae Moch, in a separate discussion, said that the misinformation about the scope of shelter security could have been addressed if she had been asked about it.

Moch invited Splonskowski to follow around the nurse manager who helps people find shelter once diagnosed with COVID-19, and said shelter residents have been told that if they leave the shelter, they cannot come back.

The commission will hold a special meeting later in the week to discuss a policy on the voluntary nature of the shelter.

The Bismarck City Commission approved a policy that ensures residents quarantining at a shelter can leave at any time.

Bismarck City Commissioner Mark Splonskowski addresses his concerns Tuesday about a security contract for a COVID-19 shelter in Bismarck.