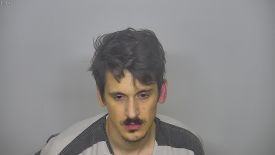 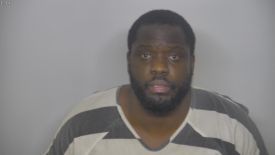 James Floyd, 33, of St. Paul, Minn., and Alexander Kraenzel, 27, of Bismarck, were arrested after officers executed a search warrant at a North 17th Street residence. Officers during two days of surveillance had observed what Kraenzel later confirmed were drug transactions, a police affidavit said.

Kraenzel allegedly told officers Floyd had arrived at the residence with several ounces of heroin prepackaged in half-gram quantities, which he sold for $40 to $50 per one-tenth gram or $250 per gram. Kraenzel allegedly told officers he brought customers to Floyd and that Floyd also had his own customers. Kraenzel estimated he had sold 3-4 ounces of heroin with Floyd as the source, according to the affidavit. There are about 28 grams in 1 ounce.

Kraenzel is charged with six felonies for possession of drugs or paraphernalia and a felony for conspiracy to deliver heroin. Floyd faces a felony charge for conspiracy to deliver heroin and a misdemeanor paraphernalia count. Both men were in Burleigh Morton Detention Center in lieu of $10,000 bail. Court documents do not list an attorney for either suspect.

A Bismarck man who allegedly threatened to kill a woman if she gave him a bad haircut is under arrest for terrorizing, court documents show.

Two Washington men are in custody following a police investigation that netted 200 pounds marijuana and several pounds of THC concentrate.

A Bismarck man who authorities say poured lighter fluid on a Bible and set it on fire at the north Walmart in Bismarck will go to trial in May.

A Bismarck man who police say forced his way into an apartment early Thursday, held another man at gunpoint and allegedly fired a shot that en…

The Bismarck Airport will be looking at some improvement projects for 2020 and beyond, including adding parking spaces.