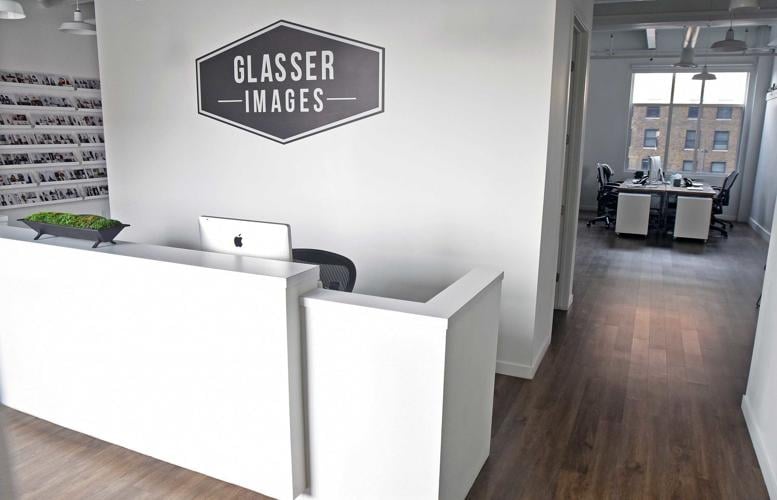 The Glasser Images photography studio in the Becker Building in downtown Bismarck was empty on Friday. This photo was taken through the glass of the locked front door. 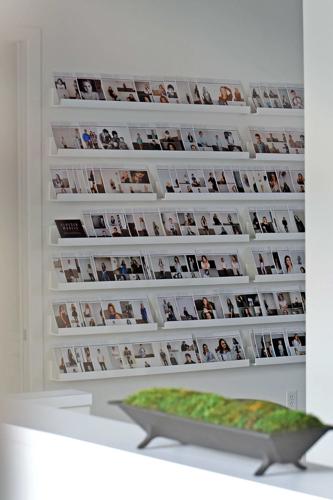 The Glasser Images photo studio in the Becker Building in downtown Bismarck, shown through the glass of the locked front door.

A popular Bismarck-based photography business notified clients Thursday night that it is closing and will not offer refunds, sending couples who have booked its services for weddings scrambling and prompting the North Dakota Attorney General’s Office to investigate.

Glasser Images Owner Jack Glasser wrote in an email to some of the studio’s customers that “the past and ongoing effects from the pandemic have caused irreparable damage that has forced this decision to happen extremely rapidly and immediately.”

“Due to closing, if there is anything paid, we will not be able to provide any refunds,” he wrote. “For this, we cannot apologize enough.”

The email prompted an outcry on social media, as couples who had paid the company to shoot their weddings convened in a Facebook group to discuss how to recover their money and find new photographers. Other local and regional photographers also joined to let people know of their services and availability, and some were offering discounts to Glasser’s clients.

The abrupt closure has left Johnny Thompson and his wife Crystal Brunner-Thompson wondering if they will ever receive photos of their August wedding. Glasser photographers shot the event in Bismarck, but the couple has not yet received the edited images aside from a “sneak peak” of several.

"I'm an only child," Brunner-Thompson said. "My parents are never going to get to do this again. I have no photos with my parents. I'd never seen my dad get emotional. It's just stuff you can't get back."

The couple had asked guests to refrain from taking their own photos of the celebration so as to avoid having cellphones on display in the background of professional photos.

Brunner-Thompson said the photographers who shot the ceremony told them the card with the raw photos on it is in the Glasser Images studio, which they are unable to access.

"Our photos are just hanging there," she said. "I don't care if they're edited or not. I just want my photos."

The photography services the couple booked cost more than $2,000. They had already paid most of it but had two more payments to make, Thompson said.

Katy Rasmussen had paid a similar amount up front for Glasser Images to photograph her wedding in Bismarck next September. She lives in New York but is from Bismarck, and a wedding photographer was one of the first things she booked as she started making plans for the event.

“I wanted to pick a business that I thought was really established just because I’m planning from a distance,” she said. “I have so many friends who used them and had no issue whatsoever. They’re so highly recommended.”

She plans to contact her credit card company to see if she can cancel the charge.

“I feel so bad for brides who have their wedding this weekend,” she said. “Luckily I’m far out enough that I can easily find a new photographer.”

The North Dakota Attorney General’s Office said it had fielded more than 170 complaints about the situation by Friday afternoon and had begun investigating. Spokeswoman Liz Brocker said people affected can file a complaint by going to www.attorneygeneral.nd.gov and clicking on “Consumer Complaints” listed under the “Consumer Resources” tab.

At least one North Dakota couple filed a claim against Glasser Images and Jack Glasser on Friday in small claims court.

Glasser did not respond to a phone call and email from the Tribune. The photography studio's downtown Bismarck office was empty Friday morning. In his note to clients, Glasser directed questions to the company’s attorney, Jon Sanstead.

Sanstead told the Tribune early Friday that he was not representing Glasser after all “as a result of a conflict that was discovered last night.” He did not elaborate.

Fargo attorney Tim O’Keeffe late Friday issued a statement saying he was now representing Glasser. Glasser in the statement reiterated what he had said about the pandemic's impacts in his email to customers.

“We’ve been in business for 16 years and up until COVID-19 hit, we were successful and growing, but then things drastically changed for the worse,” he said. “We pivoted and made changes, but simply couldn’t keep up with our ongoing costs, debt repayment, salaries, rent and other business expenses. These factors have caused irreparable damage to the business and has forced us to make this decision rapidly. Closing our doors is extremely heart wrenching for me.”

O'Keeffe told the Tribune in an interview that he and Glasser will be working to communicate with customers in the next couple of days.

"He's going to do the best he can to take care of everybody, but there are a lot of moving parts right now," O'Keeffe said, adding, "At this point, there's not an answer that everybody is going to be satisfied with."

Glasser’s LinkedIn page says that he founded the company in 2005. Glasser Images photographed weddings throughout the Dakotas, Minnesota and Colorado without charging for travel costs, according to the company’s website. It also shot senior portraits, families and babies, and it provided commercial photography services.

The company's website lists about 60 photographers as part of the Glasser team. It’s unclear how many were employees and how many worked as contractors.

A database maintained by the investigative news outlet ProPublica shows that Glasser Images received two loans totaling more than $500,000 through the Paycheck Protection Program, a federal effort to provide loan and grant money to small businesses to keep them open and workers employed during the coronavirus pandemic. The pandemic forced many couples to postpone or otherwise curtail their wedding celebrations, affecting a number of wedding vendors including photographers.

Its most recent post had more than 200 comments by Friday morning, many of them made by upset clients. The midweek post featured a shot of a wedding venue with the caption, “We’re here to capture every moment and turn them into the best memories to look back on! Let’s chat!”

Glasser Images clients might be able to obtain their images by the end of the year. Meanwhile, the state has taken the company to court to ensure it preserves its websites.

The dispute between the North Dakota Attorney General’s Office and Glasser Images over the recently shuttered photo studio's websites arrived in court Wednesday.

Despite a reckless story online, Prince William and Kate are not seperated

Despite a reckless story online, Prince William and Kate are not seperated

The Glasser Images photography studio in the Becker Building in downtown Bismarck was empty on Friday. This photo was taken through the glass of the locked front door.

The Glasser Images photo studio in the Becker Building in downtown Bismarck, shown through the glass of the locked front door.