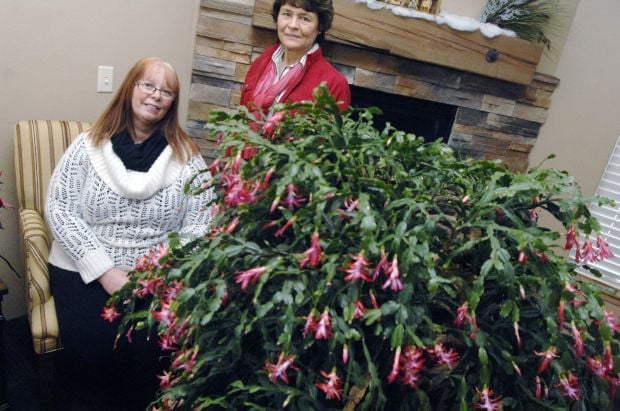 Lynette Miller, left, and Jacquie Biloff pose for a photo beside an 111-year-old Christmas cactus on display at the Seventh-day Adventists offices north of Bismarck. 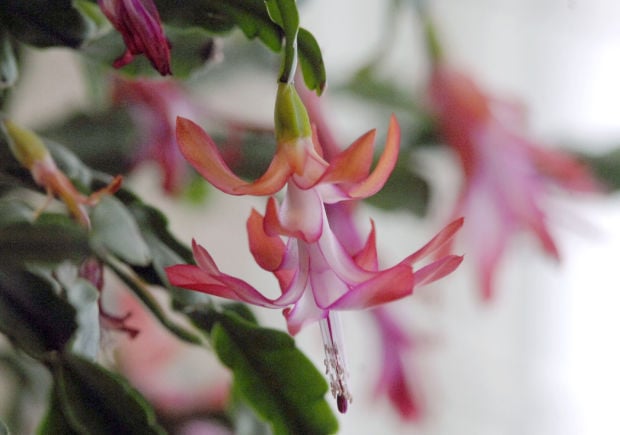 It was an exciting time for the Dakota Conference of Seventh-day Adventists last June when they debuted their new office in north Bismarck during an open house.

During the celebration, a rather large Christmas cactus happened to catch the eye of attendees and Communications Director Jacquie Biloff was more than happy to explain how this hefty cactus came to grace the conference room of the new office.

“She was explaining to someone that it had been given to her husband’s mom by a Dora Bohnet way back in 1952,” said Lynette Miller, Adventist Book Center manager. “And, I thought, oh my gosh, that’s my great-grandmother.”

The rare connection baffled the pair, and they went on a search to connect pieces of stories from both families to weave the tale of the plant’s cross-country trek.

They discovered the cactus was actually 111 years old.

Bohnet, Miller’s great-grandmother, gifted the plant to Jacquie Biloff’s mother-in-law Gladys Biloff in 1952 after the then 50-year-old plant became too large for her home.

The plant was sent to live with her and her husband, Hagen, in the Hawks Nest Hills southwest of Carrington and eventually found its way to Minnesota.

“They retired to the state of Oregon and left the cactus at a son’s house in Montana until they were settled,” said Jacquie Biloff.

When the couple was moved to an assisted living facility, the large cactus was brought to Jacquie Biloff and her husband, Neil, in South Dakota who eventually brought the plant back to Bismarck and to its home at the conference office.

“It was just a great story that the plant not only made its way back to the state it came from, but the original family as well,” said Jacquie Biloff.

The living heirloom will stay housed at the conference office, but Miller has taken cuttings from the cactus and has plans to pass them along to future generations.

“I’m just thrilled to be able to share this story and legacy with my family,” said Miller.

A Bismarck officer was injured and a 34-year-old man arrested early Sunday when police responded to a noise complaint at the Sahara Club.

A Mandan man was sentenced Monday to serve 1 ½ years in prison for his part in a rash of November break-ins in Bismarck.

A Bismarck man accused of taking part in a rash of burglaries last fall was sentenced Wednesday to 1 ½ years in prison.

Lynette Miller, left, and Jacquie Biloff pose for a photo beside an 111-year-old Christmas cactus on display at the Seventh-day Adventists offices north of Bismarck.