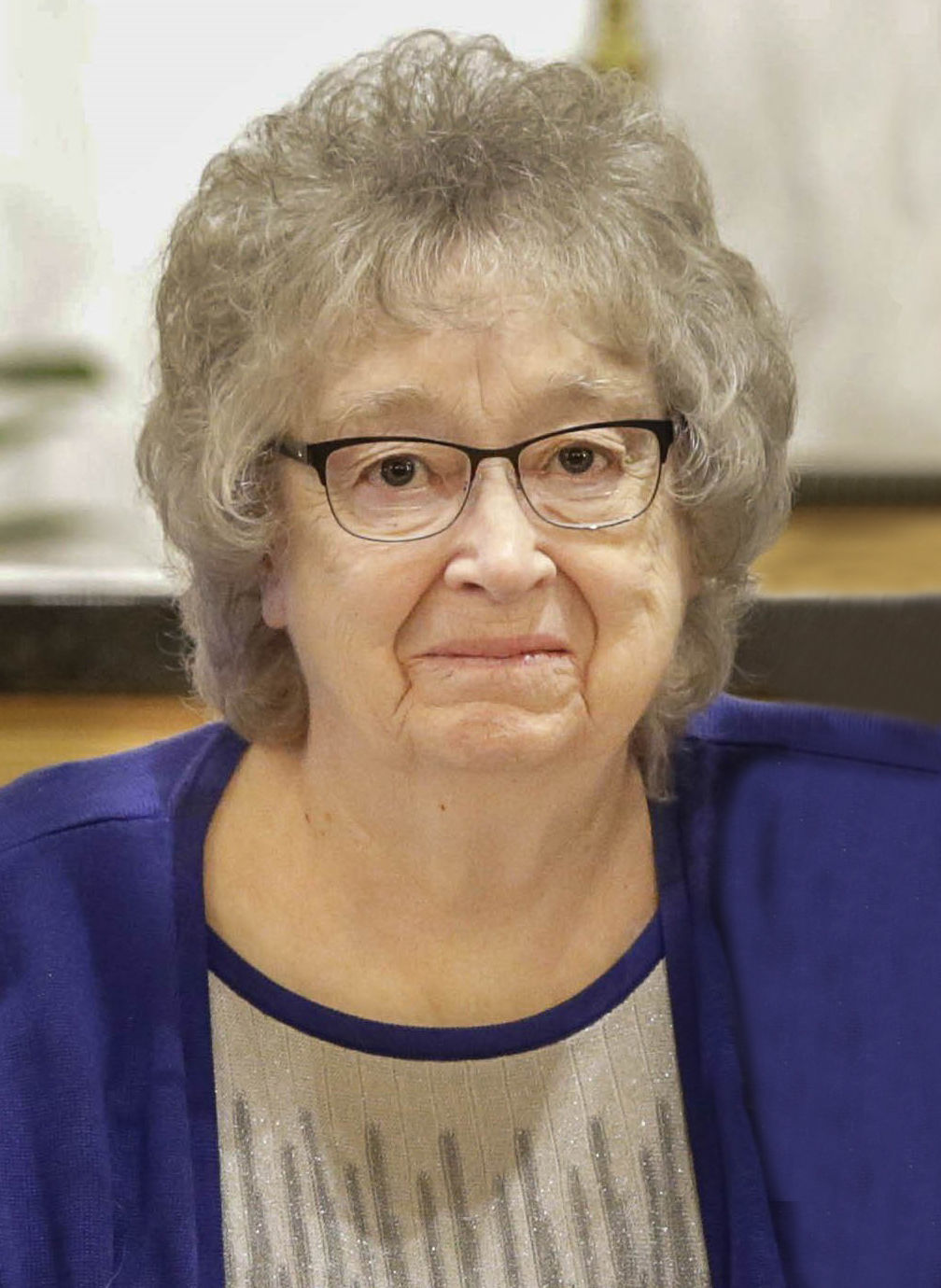 Mary Lou Mittleider, 87, Bismarck, formerly of Tappen, went to be with the Lord on Jan. 24, 2020. A celebration of life will be held 11 a.m. Wednesday, Jan. 29, at the Crystal Springs Faith Evangelical Church in Crystal Springs.

Visitation will take place from 5 to 7 p.m. Tuesday at Eastgate Funeral Service, 2302 E Divide Ave., Bismarck. A prayer service will begin at 7 p.m.

Interment will be at the Fisher Cemetery, Tappen, at a later date.

Mary Lou was born in Braddock on July 10, 1932, to Victor and Birdie DeRemee. She attended school in Braddock for two years before moving to Driscoll, where her father became ill and passed away. Mary Lou graduated from Driscoll High School in 1950.

On Dec. 17, 1950, she married Israel Mittleider in the Evangelical United Brethren Church at Tappen. After their marriage, they lived with Israel’s parents on the farm for seven years until his parents retired and moved to town. They then purchased the home place. Together they raised pigs and both dairy and beef cattle along with small grains. Mary Lou worked alongside Israel until the children were old enough to help. She enjoyed teaching Sunday school, baking, sewing and gardening. She also enjoyed her flowers. Later in life Mary Lou especially enjoyed spending time with her grandchildren and great-grandchildren. Her smile was illuminating to everyone around her.

In 2010, they moved to Bismarck. In December 2018 she moved to the Baptist Healthcare Center.

Mary Lou was a charter member of the Crystal Springs Faith Evangelical Church.

She was preceded in death by her parents Victor and Birdie (Wilson) DeRemee, brother-in-laws Ed Hagel and James Koth, and infant great-grandson, Peter Leier. 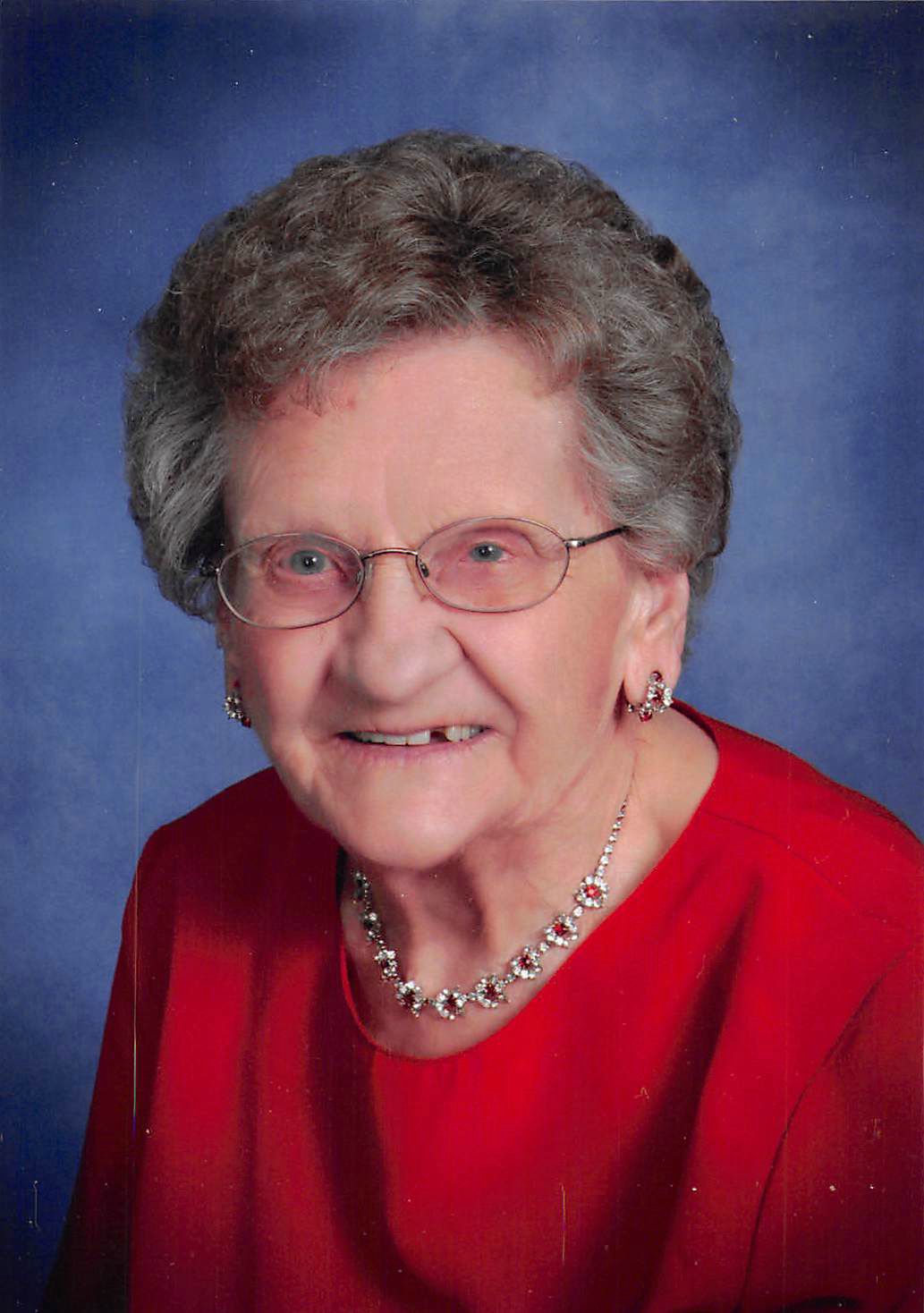 Visitation will be held from 6 to 7 p.m. Thursday at Eastgate Funeral Service, 2302 E Divide Ave., Bismarck. A rosary/vigil will begin at 7 p.m.

Burial will be held at St. Mary’s Cemetery.

Barbara was born Dec. 25, 1923 to Ben and Margaret (Feist) Keller. She grew up in Hillview, S.D. On July 18, 1945, Barbara married Lawrence Rohrich. He passed away on June 10, 1961. She married Anton J. Piatz on Oct. 10, 1970. They lived on the farm in Napoleon until their retirement in 1990 and afterwards moved to Bismarck. Anton passed away Feb. 10, 2010. Barbara worked at St. Alexius Hospital, St. Vincent’s Nursing Home, and Missouri Slope Lutheran Care Center before marrying Anton.

In her free time, Barbara enjoyed quilting and crocheting. She loved to dance and listen to polka music.

Barbara moved to Fargo in 2011. She moved into the Bethany Nursing home in 2013.

She was preceded in death by both husbands, Lawrence and Anton; her parents; brothers, Casper, Simon, Tony, and Ben; sisters, Rose, Carolyn, Mary, and Eva. 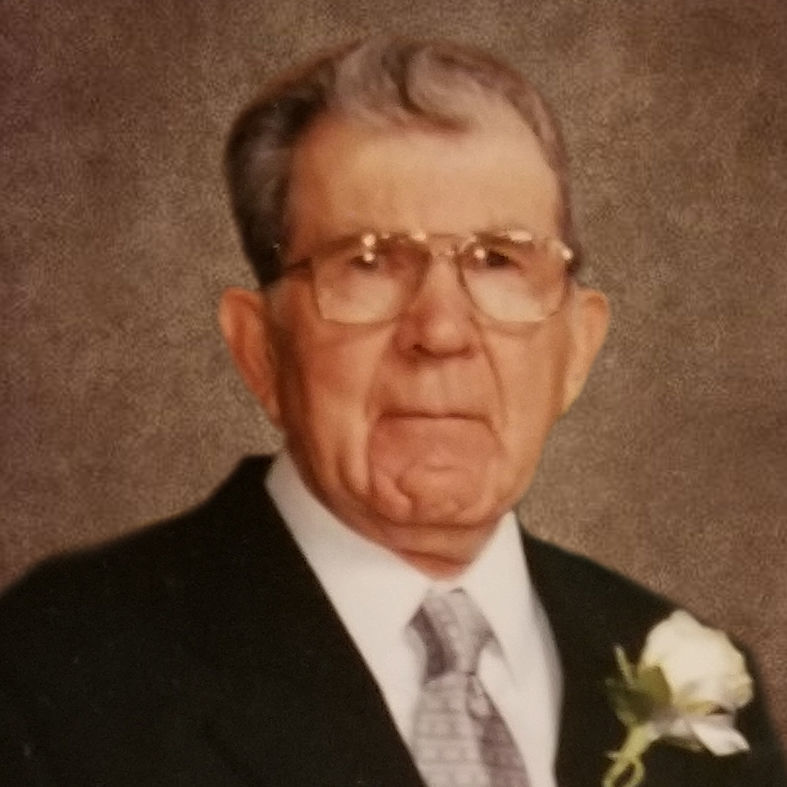 Funeral Mass for Floyd F. Hushka, 91, Dickinson, will be held 10 a.m., Wednesday, Jan. 29, at Queen of Peace Catholic Church with Father Bill Ruelle celebrating. Burial will be in the Dickinson Mausoleum. Military Honors will be performed by the Dickinson American Legion Post #3 Honor Guard.

Visitation will be from 4 to 7 p.m. Tuesday with a rosary and vigil being said at 6 p.m. at Stevenson Funeral Home in Dickinson. Visitation will continue from 8 to 9 a.m. Wednesday at the funeral home.

Floyd was born on July 27, 1928, the son of John and Pauline (Berger) Hushka in Dunn County. He grew up and attended schools in Dunn County. Floyd was drafted into the U.S. Army and served during the Korean War. He was honorably discharged in 1951 and served in the Army Reserves until 1956.

Upon returning to the Dickinson area Floyd worked at various jobs. He started working for the Letvin Farm Equipment and worked his way to service manager which he held for many years. He also worked for Pump Systems and was with them for a number of years.

Floyd was married to Adaline Kuntz on May 31, 1954, in Dickinson. To this union seven children were born, Roxie, Niles, Gregg, Keith, Laurie, Doug and Tanya. In 1995, Floyd semi-retired and still kept working at various jobs.

He was a member of the Knights of Columbus Council 1515, Queen of Peace Catholic Church and volunteered time at the Dickinson Museum. He enjoyed painting, a self-claimed artist, enjoyed playing the accordion and listening to polka music. He especially loved and enjoyed his family.

He was preceded in death by three brothers, an infant named John and a second brother, John and Andrew and his wife Jo; five sisters, Mary Ficek and her husband, Pete, Isabelle Wock and husband, Nick, Phyllis Markel and her husband, Gordon, Elaine Dobitz and her husband, Herb and Alice Hushka; a brother-in-law Terry Norton.

In lieu of flowers please consider a memorial to the Alzheimer’s Association for research and St. Jude’s Children’s Research Hospital.

Remembrances and condolences may be shared with the family at www.stevensonfuneralhome.com. Stevenson Funeral Home & Crematory, Dickinson

She was preceded in death by her husband George and son, Dave.

Lois will be laid to rest 11 a.m. Wednesday at the North Dakota Veterans Cemetery south of Mandan.

Please visit www.goetzfuneralhomes.com to sign the online guestbook and to share memories of Lois with her family. (Goetz Funeral Homes, Washburn) 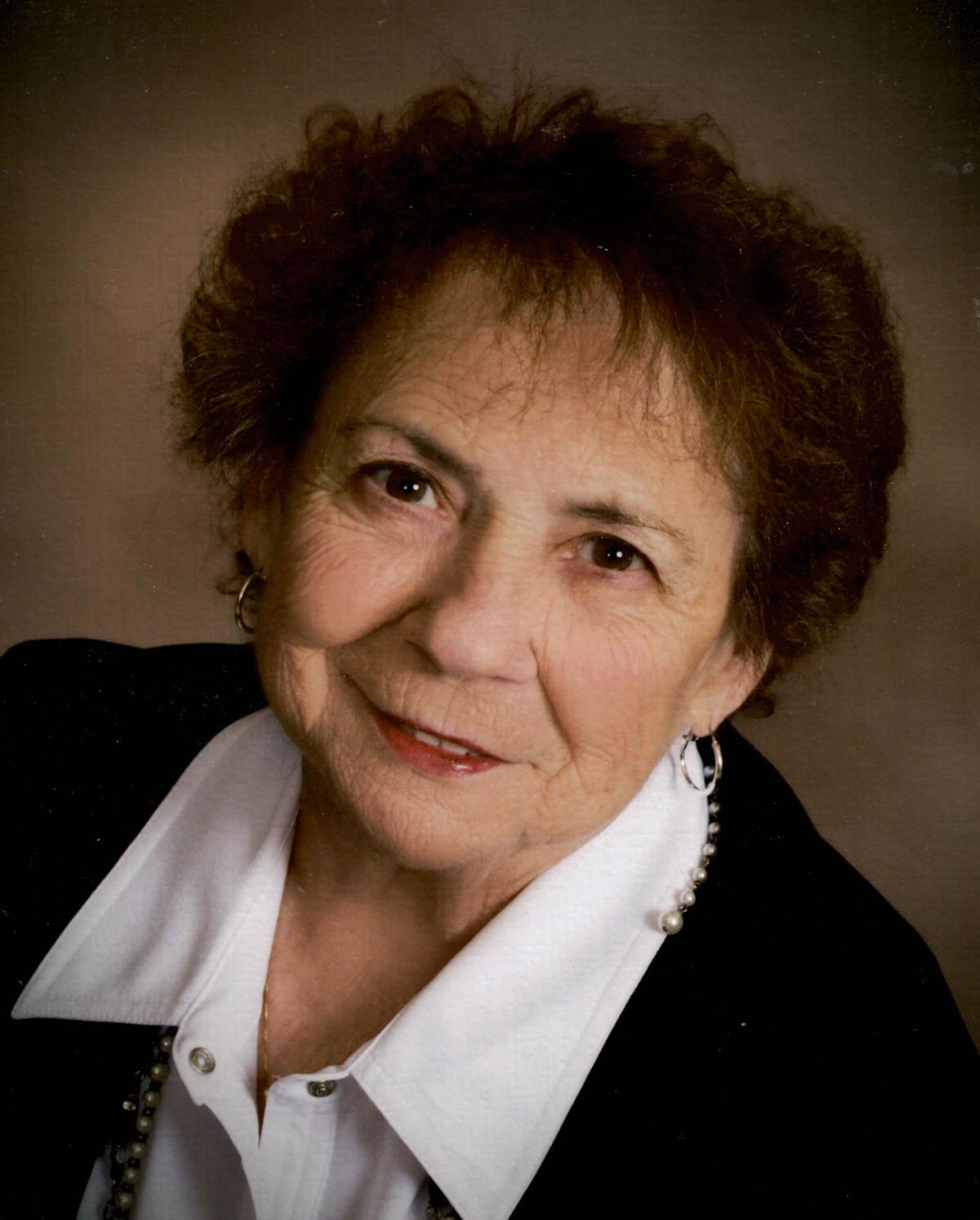 Visitation will be held from 5 to 8 p.m. Wednesday at Weigel Funeral Home, Mandan, with a rosary/parish vigil at 7 p.m. Visitation will continue at the church for one hour prior to the service on Thursday.

Delanor was born Feb. 19, 1940, in St. Anthony, the daughter of Adam and Minnie Kuntz. She was raised and educated in the St. Anthony area. On Nov. 2, 1968, she married Edward Schwartz in San Pablo, Calif.

Delanor and her sisters managed the Mandan Country Club for four years. She enjoyed trips to the casino with family and friends. Her greatest pride was her family and she loved family gatherings. She disliked her appointments but enjoyed the lunches with family members afterwards. 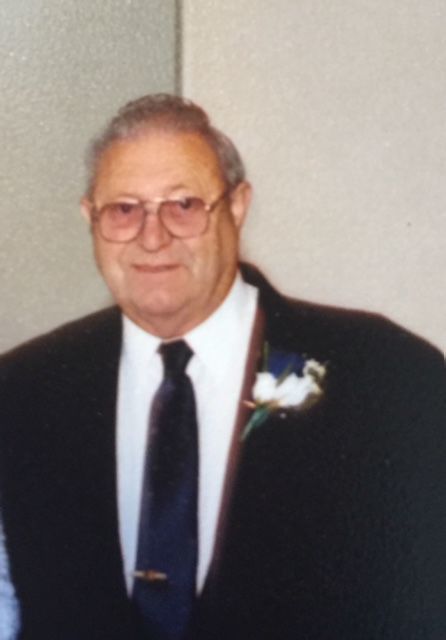 Lloyd Fandrich was born July 24, 1940 in Golden Valley to Louie and Pauline Fandrich.

Lloyd worked most of his life as a mechanic and enjoyed carpentry work.

Lloyd married in 1967 to Dianne Salisbury until her passing in 1994.

In Lloyd's last few years, he enjoyed the company of his special friend Ann Wiegle.

Lloyd is preceded in death by his parents; wives; two brothers, Aaron and Larry; and two sisters Loretta and Marjorie.

Burial will be in New Salem at a later date. 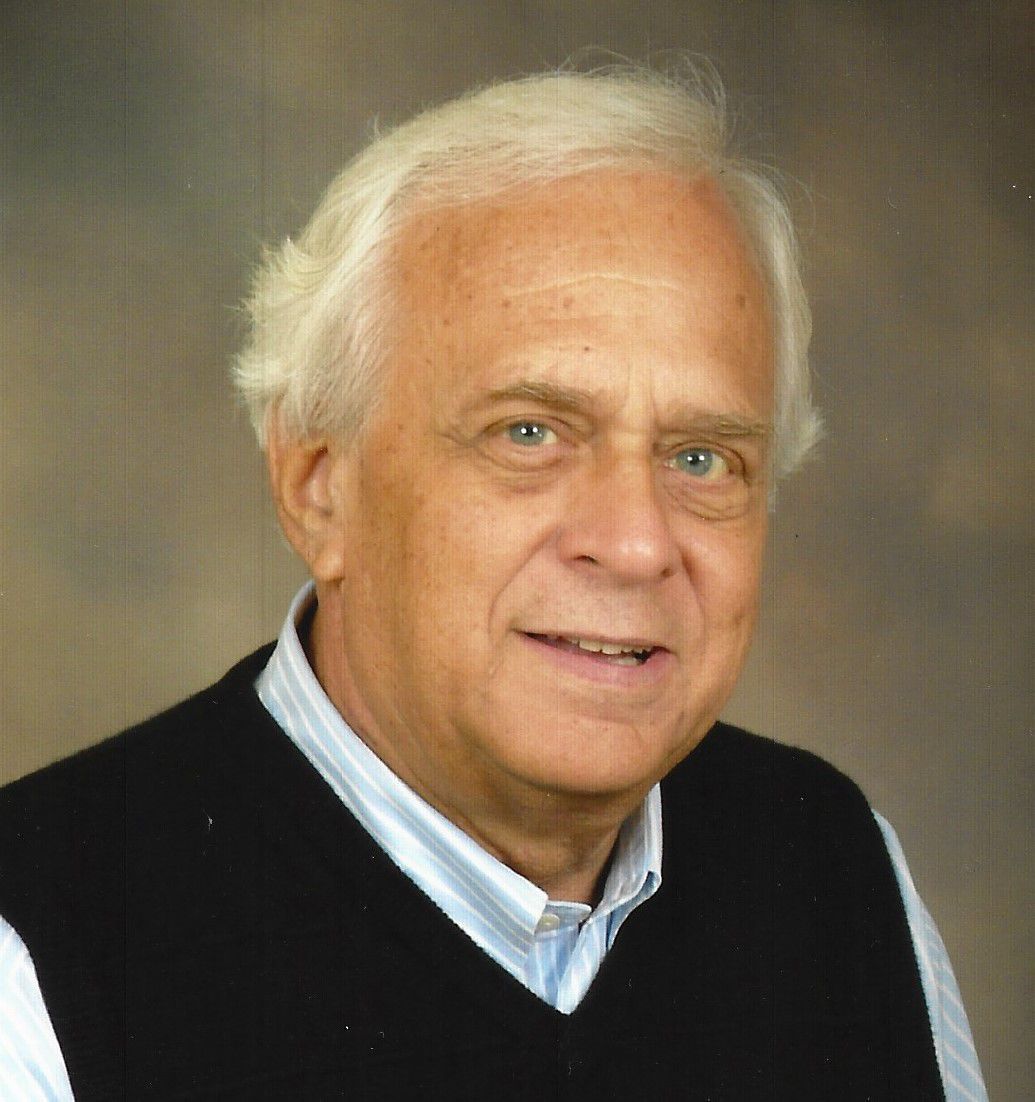 Chet Fetzer of Kirkland, Wash. was born in Bismark and died at Evergreen Hospice in Kirkland, Wash. He grew up in the small town of Wing, where he graduated high school. He lived his youngest years in Tuttle.

In 1959, he joined the Air Force and started dating Sandra Schwindt of Tuttle. They married in April of 1963. Chet served the Air Force as an electrical technician in the Philippines. Chet and Sandra were blessed with a wonderful son Barry and beautiful daughter Danielle. He was a professional insurance investigator.

Chet loved to sing, play guitar, and was in the church choir for most of his life. He was a talented wood worker, making grandfather clocks for family and friends. He was a godly man and loved his Lord. Chet leaves behind his loving wife Sandra; children Barry (Judy) and Danielle; his grandchildren Blake, Clayton, Jessica (Jesse); sister Jackie Kindred; and brother Kirby (Barbara).

A service will be held at 2 p.m. on Feb. 2 at Holy Spirit Lutheran Church in Kirkland, Wash. Donations can be made to Seattle Cancer Care Alliance or other charities. https://www.forevermissed.com/chet-lee-fetzer/

Fall in love with Local News! Join for $3