Coronavirus in brief: Death rate lower than first thought, plus more of the morning's pandemic news

Because of coronavirus, a memorial service will be held in Oakes at a later date with burial at Kintyre cemetery.

Memories may be shared and viewed by visiting www.dahlstromfuneralhome.com. 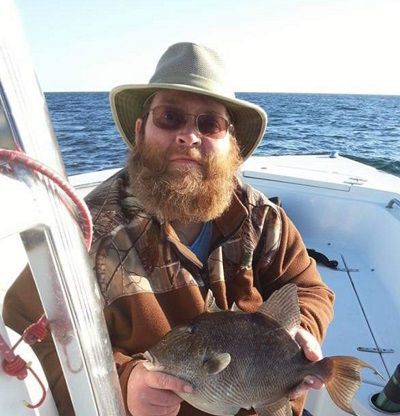 Harold Robert Matzke, 47, Bismarck passed away on March 24, 2020 after a short battle with cancer. Harold was born in Bismarck on Sept. 20, 1972 to Robert and Diane Matzke. Harold graduated from Bismarck High School in 1990 and received his associate's in arts degree from Bismarck State College in 1992.

He was employed as a health care provider in the Bismarck area for 20 years.

Harold, affectionately known as Grubby by his family and friends, loved to hunt, fish and cook gourmet meals. His passion for hunting led him to expertly train his other great passion, his dog Tonka. Every fall you could find Grub in a duck slough around Washburn. He spent summers of his youth in Montana where he became an accomplished fly fisherman. He loved the fine things in life and each month read Bon Appetit and Cigar Aficiondo from cover to cover. He possessed a truly world class cigar collection and would often relax in his home with a fine cigar.

Many in his family thought he should have been a professional chef, because he cooked with so much passion. He was always trying new things with cooking and did not give up until he had mastered what he was preparing. Grub also loved to travel and would mix his travels with fishing. When he would go to New Orleans he would try to catch every species of fish in the Louisiana waters. He would visit his sister, Wendy in Pensacola and was always eager to fish with her in the Gulf of Mexico.

Harold is survived by his mother Diane Matzke, Bismarck; sister Wendy and brother-in-law, Wes Oliver, nephews, Patrick Oliver and Mitchell Oliver all of Pensacola, Fla.; and numerous relatives in Libby, Mont., and the Bismarck area.

He was preceded in death by his father Robert Richard Matzke.

Memorial services will be held later this summer due to current travel conditions. 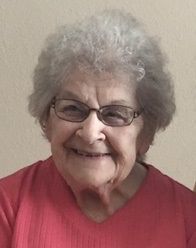 Due to the CDC's recommendations, Irene Miller's family will be planning a private burial and services will be held at a later date.

Irene was born on March 28, 1926 in Elgin. She was the daughter of Ludwig and Maria (Nicklaus) Koepplin. She was raised on the family farm outside of Elgin, along with her four brothers and nine sisters. During those years, Irene helped with day to day activities on the farm as well as honing her skills in the kitchen. Those skills would serve her well when she met the love of her life, Marvin Miller.

Irene and Marvin were married March 8, 1947 in Wibaux, Mont. They moved onto the S3 Ranch south of New Leipzig, where Marvin got his start as a farmer. Later that year, they were blessed with their first son, Darold. One year later, they were again blessed with another son, James. Irene spent her days doing chores around the farm, baking, preparing meals and chasing after young boys.

After some years, they moved to Hebron. Irene continued to raise their family as a stay at home mother. She always had a warm meal on the table and fresh baked goods in the pantry. She loved baking and made all sorts of home-made German dishes.

In 1986 her husband Marvin fell ill with cancer. Irene was right by his side through the fight. After winning the battle with illness, Marvin and Irene decided to go into business for themselves. They opened Marv's Hobby Shop in 1988. This was an opportunity for Marvin and Irene to work together. Irene helped with the woodworking process, doing the staining and lacquering. She also got the chance to travel with Marvin. They sold their goods in booths at many fairs, shows and events around the state. Irene loved this time in her life. She got to meet all sorts of people and got to spend lots of time with Marvin.

In 1995 the wood shop burned down and the woodworking business ended. With her husband now fully retired, Irene missed the interaction with other people. In 1998, at the age of 76, Irene decided to take a job outside of the home. She took a job at Lapp's Jack and Jill in Hebron. This was her opportunity to put her love for baking to use. She helped bake cookies, rolls, buns and Lapp's famous Kuchens. She loved her job at the bakery.

In 2001 with Marvin's declining health, they decided to move to Mandan where they would be closer to medical care and family. They lived at Liberty Heights Retirement Community until Marvin passed away in 2007.

Irene spent her final days at Prospera Nursing Home where she passed away on March 20, 2020.

She is preceded in death by her husband, Marvin Miller, parents Ludwig and Maria Koepplin, four sisters and one brother.

Luella Wetzel, 84, Bismarck, passed away on March 21, 2020 at Villa Maria, Fargo. A celebration of life will be held at a later date.

Norman “Norm” Olzweski, 81, Mandan, passed away March 19, 2020, at Miller Pointe a Prospera Community, Mandan. Memorial services will be held at a later date. Burial will be in Center. There will be no visitation, as cremation has taken place.

Norm was born Dec. 8, 1938, at Mandan, to Frank and Barbara (Brown) Olzweski. He was raised and educated in Sanger. Norman loved Ranching, working horses and gardening. He married Judy McCarty on Aug. 24, 1968. Together they had a daughter Mary (His pride and Joy) and son John.

He is survived by his wife Judy, and his two children, along with two sisters and six brothers.

Norm was preceded in death by his parents. 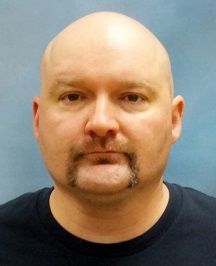 Calvin Ray Sprenger, 45, Bismarck, passed away at CHI St. Alexius Hospital on March 24, 2020. Cremation has taken place and a celebration of life will be at a later date.

Calvin was born on Oct. 20, 1974 in Bismarck to Curtis and Cynthia Sprenger. He graduated from Century High School in 1993. During high school, he worked at Bonanza and Dan's Supermarket. Calvin graduated from Bismarck State College with an associate's degree in electronics.

After graduation, he was employed with Melroe until it closed. After the closing of Melroe, he decided to further his education in Power Plant Technology. He gained employment at the Dakota Gasification Plant (Beulah) in August 2011 as a Tech 5 MIS Operator. Calvin loved his position he held at the plant. He kept in contact with them constantly while he was hospitalized and was always looking forward to going back to work.

Calvin will be deeply missed by his parents, Curtis and Cynthia Sprenger, of Menoken; sister and partner of mischief in their younger years, Amy (Scott) Senger, Minot; nieces, Samantha and Madilyne Senger; and many aunts, uncles and cousins.

Calvin is preceded in death by his grandparents, Steve and Clara Zahn and Ervin and Lorraine Sprenger; uncle, Charles Sprenger; and cousin, Jase (Kelly Jo) Feigitsch.

Family would like to thank all the nurses at CHI St. Alexius on the Oncology floor for the wonderful care they provided Calvin and family.

If you wish to leave the family a message of condolence please visit www.bismarckfuneralhome.com to sign the online guestbook. 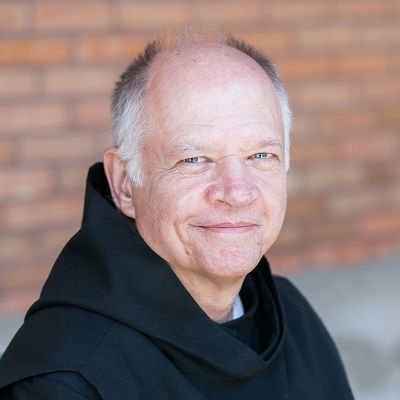 Brother Llewellyn Kouba, monk of Assumption Abbey, died suddenly in the early morning hours of March 22, 2020. He passed away from natural causes unrelated to the COVID-19 virus. He was sixty-nine years old.

Llewellyn was born to Charles H. Kouba and Helen (Jesch) Kouba on Aug. 30, 1950, the second of seven children. He grew up on a farm near Regent. The family milked cows by hand and bought the very first freezer they owned with a cream check. They also raised polled Herefords but eventually sold the livestock and put all their efforts into grain farming. Llewellyn raised exotic pheasants and pea fowl and became a master gardener, especially with flowers, learning the Latin names of hundreds of varieties of plants. Llewellyn created an elaborate rock garden on the farm with a water fountain, water lilies and goldfish.

After graduating from Regent Public High School in 1970, he briefly attended the Minneapolis Institute of Art. He returned home and worked for Blue Star Honey Company in New England and Korte Interiors in Dickinson before entering Assumption Abbey in January of 1977. After his candidacy and novitiate he pronounced monastic vows on July 11, 1978. He soon became grounds manager, using a push mower to cut acres of lawn. He also kept immaculate flowerbeds. In winter months he was part of the maintenance crew.

In 1988 Brother Llewellyn was assigned to the Abbey Pottery Studio, and in 1994 he was sent to the College of St. Benedict and St. John's University to study pottery for a year under Sister Dennis Frandrup, OSB. He returned home to take over the Abbey Pottery Studio creating lovely pieces and keeping meticulous records in his recipe book of glazes, along with drawers of glaze specimens. His trademarks were ceramic leaves on pots, and iris flower motifs that were embossed on the pottery.

All the while, Brother Llewellyn continued painting. Many of his pictures adorn the walls of the Abbey. After taking a workshop in the Black Hills on icon painting, he began a large, altar-sized triptych that took him two years of steady work to complete. The work required egg tempera on specially prepared board and contains a good deal of gold leaf. The triptych is displayed on the east wall of the Abbey cafeteria.

In the 1990s, when rug hookers began coming to the Abbey for workshops, Llewellyn became enthusiastic and set out to create a large, elaborate rug which required the hand-dying of wool, then cutting it and weaving it into Scottish burlap in a design of his own making. He entitled the piece “Blue India” because of the fabulous blue India peacock at the center of the rug.

The Dickinson Press and The Bismarck Tribune did many articles on Brother Llewellyn's pottery, icon painting and rug weaving over the years. He had a beaming smile and was an easy subject for interview. Llewellyn made friends easily and knew people far and wide.

Health problems plagued him in later years, forcing him to keep smaller flowerbeds until he concentrated his efforts near the Abbey Pottery Studio where he laid a path of ceramic tiles that were designed and fired in the kiln, and kept a large running fountain during the summer months, also fired in the kiln.

Brother Llewellyn was preceded in death by his parents, and survived by his four brothers and two sisters: Chuck (Debbie), Bruce (Janice), Ken (Linda), Brian, Paulette (Gary) Peters, and Lunette (Reed) Dobitz, and many nephews, nieces, grand-nephews and grand-nieces.

A private Mass of Christian burial was celebrated at Assumption Abbey, followed by burial in the Abbey cemetery.

Remembrances and condolences may be shared with the family at www.stevensonfuneralhome.com. (Stevenson Funeral Home & Crematory, Dickinson)

She is survived by her husband of 52 years, Robert; children, Chad Seyfert and Becky Smith and her special friend, Cubby Coleman, and Leo, the special Pug.

Get breaking news and news alerts sent to your inbox as they happen! Sign up: