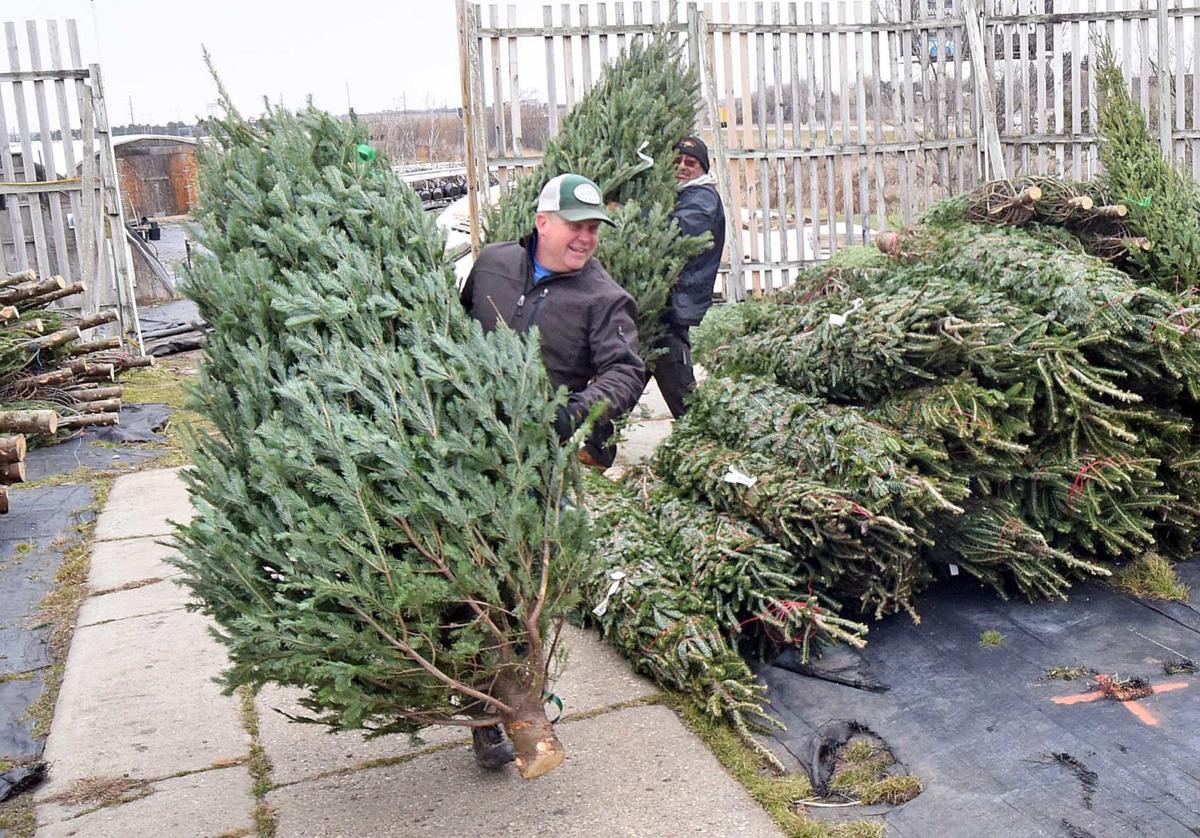 Casey Cashman, front, and J R Diaz stock balsam firs at Cashman Nursery in east Bismarck. Cashman said three truckloads of Christmas trees had delivered a supply of seasonal evergreens from Minnesota and Wisconsin. "We have one more truck coming in from the Rockies with alpine fir," he said. 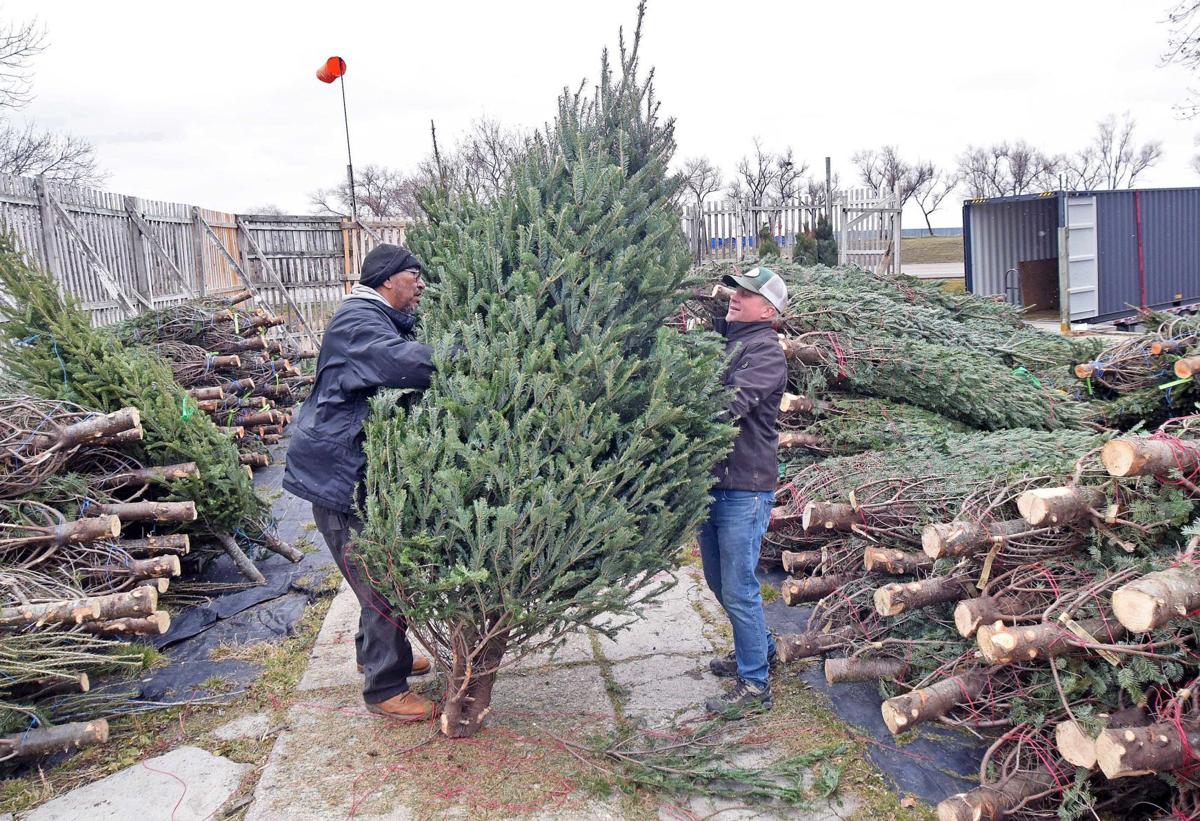 The holidays are here, which means more customers trekking through stores at a time when many North Dakota retailers are doing their best to accommodate them with less-than-ideal staffing levels.

The Out of Town clothing store with locations in Bismarck's Kirkwood Mall and in Dickinson has hiring signs up and advertises openings on Facebook, its website and job boards. It also offers workers incentives if they refer someone who gets hired. Still, the business could use about five more people to augment its existing workforce of 20, owner Brooke Leno said.

“It’s just been a bit of a struggle,” she said. “We definitely pay more now than we ever have. We also just added benefits for full-time employees.”

He pointed to Job Service North Dakota data to illustrate the tight labor market. In October, there were 3,236 open jobs in Burleigh and Morton counties. There were significantly less at 2,530 during the same month last year.

The size of the local labor pool is increasing, yet it cannot seem to keep pace with job openings, particularly as more storefronts are built here, Ritter said. South Third Street by the Kirkwood Mall is one sign of growth, where a Chick-fil-A, Blaze Pizza, Five Guys, Pancheros Mexican Grill and Thrifty White Pharmacy will open in the near future.

“That’s just one little strip,” Ritter said. “There are places like this all over Bismarck-Mandan.”

The holiday season is busy at Cashman Nursery in east Bismarck as workers help customers select Christmas trees. The nursery also offers popular workshops in which people can put together a Christmas pot displaying the top of a tree, bows and other festive decorations.

“We’re about as seasonal as you can get,” Owner Dan Cashman said.

Cashman is looking forward to seeing families return to pick out their trees, but he’s also thinking ahead to the spring season when the nursery normally has 60-70 workers. This year during its peak, the nursery could find at most 35 people.

“We had to pay a higher rate per hour than ever before,” Cashman said.

The staffing situation means workers will be assigned plenty of hours, he said.

“They won’t think, ‘Dan’s got too many people working for him,’” he said.

The manager of the Dick’s Sporting Goods in Bismarck, Mike Shaughnessy, said his company held two hiring events a month earlier than normal this year, which helped him find staff to ensure a smooth operation during the busy holiday season.

“I feel like I’m in really good shape,” he said.

He’s not sure what to expect in his store amid the holiday rush this year, especially because of messaging suggesting American consumers shop early this year because of global supply chain issues.

The coronavirus pandemic prompted a trend toward “athleisure” attire and home gyms, and Shaughnessy anticipates such apparel and equipment will make for popular Christmas gifts.

“It will be a fun six to eight weeks,” he said.

Supply chain issues seem to be pervasive across Bismarck-Mandan, affecting numerous types of businesses. Ritter said the chamber has heard a lot about the problem from its members, many of whom are placing orders for products earlier than they usually would.

Out of Town has had to cancel some orders that would be out of season by the time they arrive, Leno said.

But right now as holiday shopping kicks off, at least one type of apparel will be well-stocked.

“We got a lot of shoes shipped to us this week that were supposed to be here in September,” Leno said.

Casey Cashman, front, and J R Diaz stock balsam firs at Cashman Nursery in east Bismarck. Cashman said three truckloads of Christmas trees had delivered a supply of seasonal evergreens from Minnesota and Wisconsin. "We have one more truck coming in from the Rockies with alpine fir," he said.