Chad Isaak listens to counsel during an April court appearance in Mandan. He has pleaded not guilty to four counts of felony murder in the April 1 killings of four people at a Mandan business. 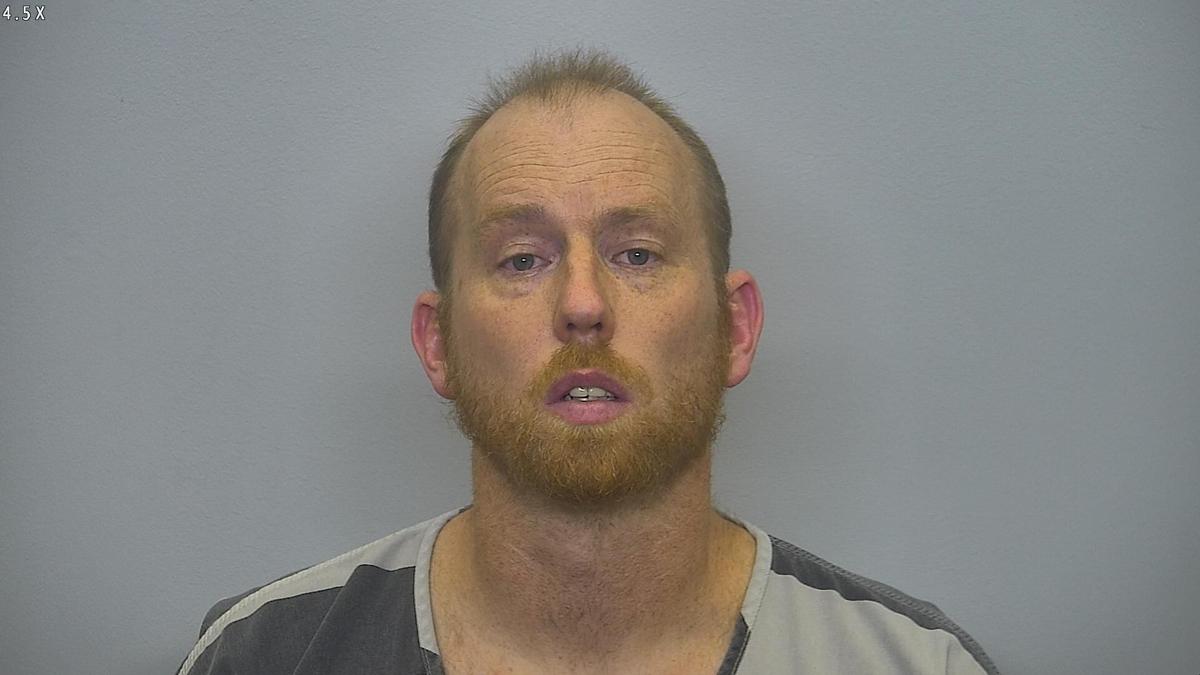 South Central District Judge James Hill set bond at $1 million on Friday for the man charged in the shooting and stabbing deaths of four people Monday at RJR Maintenance & Management in Mandan.

Chad Trolon Isaak, 44, a chiropractor from Washburn, made his initial appearance at the Morton County Courthouse in Mandan after being booked around 11 a.m. Friday at the Burleigh-Morton County Detention Center. His preliminary hearing will be set, at which time he would enter pleas to the seven charges against him.

Isaak is charged with four felony counts of murder in connection with the homicides of RJR owner Robert Fakler and employees Adam Fuehrer and William and Lois Cobb.

Mandan Police Chief Jason Ziegler said Thursday night that a motive is unknown. He has also said the attack "was very specific to the victims that were involved." Isaak did live in a mobile home park managed by RJR.

He is also charged with felony counts of burglary and concealment within a vehicle and a misdemeanor count of unauthorized use of a vehicle.

Morton County Assistant State's Attorney Gabrielle Goter asked for the $1 million cash bond due to the "exaggerated and brutal nature of these offenses." She also asked for an extensive no-contact order.

"In this time and place, we haven't seen anything like this," Goter told Judge Hill.

Hill set the $1 million bond out of an "extreme safety concern" for the public and those close to the victims. He also imposed the no-contact order on Isaak for RJR employees and the victims' families.

Isaak appeared solemn during Friday's court appearance. He answered "Yes, sir" a few times when the judge asked him routine questions for the proceeding.

A video trail and an observant McDonald's employee eventually helped lead authorities to arrest Isaak Thursday night in a traffic stop in Washburn, after which he was held at the McLean County Jail.

Court documents describe police and fire personnel arriving at RJR around 7:30 a.m. Monday for a medical call, where an affidavit said they found Fakler unconscious in the building's shop area with multiple lacerations and stab wounds and attempted to resuscitate him but were unsuccessful.

Emergency responders soon after located Fuehrer's body in the shop area and found the Cobbs' bodies in the building's offices, according to the affidavit. Each had sustained gunshot and stab wounds.

Court documents then say an RJR vehicle drove and parked about a block away and was recovered with blood smears on its door handles.

Other video footage and a Mandan McDonald's employee provided further accounts of the person's activities, leading authorities to a suspect vehicle that eventually resulted in a traffic stop that netted Isaak Thursday night.

According to the affidavit, investigators recovered evidence from Isaak's vehicle and home, including likely human blood near the driver's seat and a number of items in his home smelling of or soaking in bleach, such as clothing matching the person seen on surveillance and a knife and the base and portions of a handgun.

Authorities also reportedly recovered an employee business card for Fakler in Isaak's residence, according to the affidavit.

Due to Isaak's arrest, Mandan police will discontinue a phone line for tips related to the RJR homicides. The number is 701-667-3220 and it will close at 7 a.m. Saturday, according to police.

Chad Isaak listens to counsel during an April court appearance in Mandan. He has pleaded not guilty to four counts of felony murder in the April 1 killings of four people at a Mandan business.