No one agrees on much about Measure 3.

The initiated statutory measure to legalize recreational marijuana in North Dakota for people older than 21 is on the November ballot, with smokin' hot arguments rolled within.

“I think it’s a great law. I think the law is wonderfully written,” said David Owen, who chairs the Measure 3 sponsoring committee.

“If it gets into law, it’ll be bad, bad law,” said Bob Wefald, a former state attorney general and retired district judge, who chairs the main opposition campaign.

If passed, the measure brings questions for law enforcement, from police K9s to marijuana DUIs. Legal observers question the measure’s statutory construction. And how the Legislature may modify Measure 3 as law remains unknown.

Wefald sees North Dakota left “wide open” on marijuana in an industry without regulations or limits or control, if Measure 3 is law.

He said more people would use it in public and at a younger age, and grocery stores could offer a marijuana aisle in “the most liberal marijuana state in the nation."

Owen envisions a state where people are free of marijuana convictions, where farmers may grow hemp and marijuana for the state to benefit in sales tax and ancillary tourism.

Wefald stressed marijuana as a “gateway” potentially leading to harder drugs, such as heroin.

“I would think anybody with kids or a family would be absolutely worried to death about this law,” he said.

Owen said the measure would open opportunities for anyone with marijuana convictions to be expunged with passage of Measure 3.

“Whether you’re 20 or whether you’re 70, you’re having problems because of marijuana on your record,” he said.

Wefald criticizes the measure’s expungement requirements, which drew a $1.1 million fiscal impact from the state attorney general’s office to hire and train 124 temporary staff to expunge about 179,000 criminal records within 30 days from Dec. 6.

He also chaffs at Measure 3's provision that "in the event of the existence of any language in the North Dakota Century Code which conflicts with this chapter, those sections are hereby nullified and repealed."

Wefald said that provision nullifies state sales tax as an imposition. Owen said Wefald "sees conflict where there is none."

This all comes down to the measure as “poorly, poorly drafted,” according to Wefald.

Owen says Measure 3 underwent months of drafting with input from legal counsel, including a public defender, federal attorney and civil practitioner. He balked at Wefald’s criticism of poor drafting.

‘Burn down the house’

But it’s high time for marijuana legalization, he added — North Dakota voters’ passage of medical marijuana points to increased acceptance of the drug, and marijuana crimes are essentially victimless, according to Becker.

Like medical marijuana, the Legislature could “absolutely” step in if Measure 3 passes, he added.

“We took something that was infinitely worse — as far as how it was written — infinitely worse than the full legalization measure, and we still made it work, and we can do the same thing with this measure,” Becker said.

Wefald said yes votes on Measure 3 may be intended as a “poke in the eye” of legislators for delays and rules related to medical marijuana.

“My analogy is this: My dad didn’t paint my room the color I wanted, so I burned down the house,” he said.

Owen said he hopes lawmakers “respect the wishes of the people" on Measure 3.

Law enforcement officials say impacts of passage of Measure 3 is a “wait and see” process with a lot of questions yet to be answered.

For instance, would K9s trained on the odor of marijuana have to be retired or replaced?

Burleigh County Chief Deputy Kelly Leben said sheriff’s command staff and K9 handlers have met to discuss a plan, if Measure 3 passes. One of their three K9s could be replaced, he said.

Though marijuana would be legal in North Dakota if Measure 3 passes, its illegal federal status remains.

Bismarck Police Chief Dave Draovitch said two of his department's K9s are trained on marijuana, and Measure 3's passage "would make it very difficult to proactively use them the way we are now."

Bismarck's K9s also are dual-purpose, trained on drugs but also patrol work, such as finding people and clearing buildings.

“They can still be used in that regard,” he said.

Draovitch also said it's difficult for patrol officers to not find marijuana these days: "It just seems like every time we find any of the harder drugs like heroin or meth or coke or whatever, there’s always marijuana present, too."

Marijuana DUIs would be a tough nut to crack. Police trained as drug recognition experts can help, but Draovitch said there’s no “tool” or “quantitative number” to determine the influence of marijuana.

If Measure 3 passes, marijuana’s “distinct” odor would no longer be viable as probable cause, Seeklander said.

“I think (Measure 3, if passed) is going to be a big impact on our community and Bismarck, in general," he said.

Burleigh County Senior Assistant State’s Attorney Julie Lawyer said the measure apparently treats marijuana like alcohol in relation to prosecution of minors, but only allows for prosecution of the sale of marijuana to people younger than 21.

“If I gift it to you, and you’re 16, there’s nothing you can do to me, but if (a prosecutor catches) the 16-year-old with it, then the 16-year-old can be treated like an unruly juvenile,” Lawyer said.

“If Julie wants to look at ‘minor’ to mean someone under 18, that’s a very bizarre interpretation,” he said. “Because when I say minor in possession of alcohol, what do you guys picture? A 20-year-old.”

Furthermore, he said the state is liable to be sued if records aren't expunged within the time frame.

"When you and I speed, we're open to liability, right?" Owen said. "If you and I don't follow the law, we face liability."

Owen also referenced the attorney general's fiscal impact for expungement as "that sounds like someone who's very well prepared."

If North Dakota voters pass Measure 3 to legalize recreational marijuana, its passage would call for expungement of marijuana-related convicti…

North Dakota legislators earlier this month debated the true fiscal impact of Measure 3, which would legalize recreational marijuana, as the s…

Measure 3 goes up in smoke 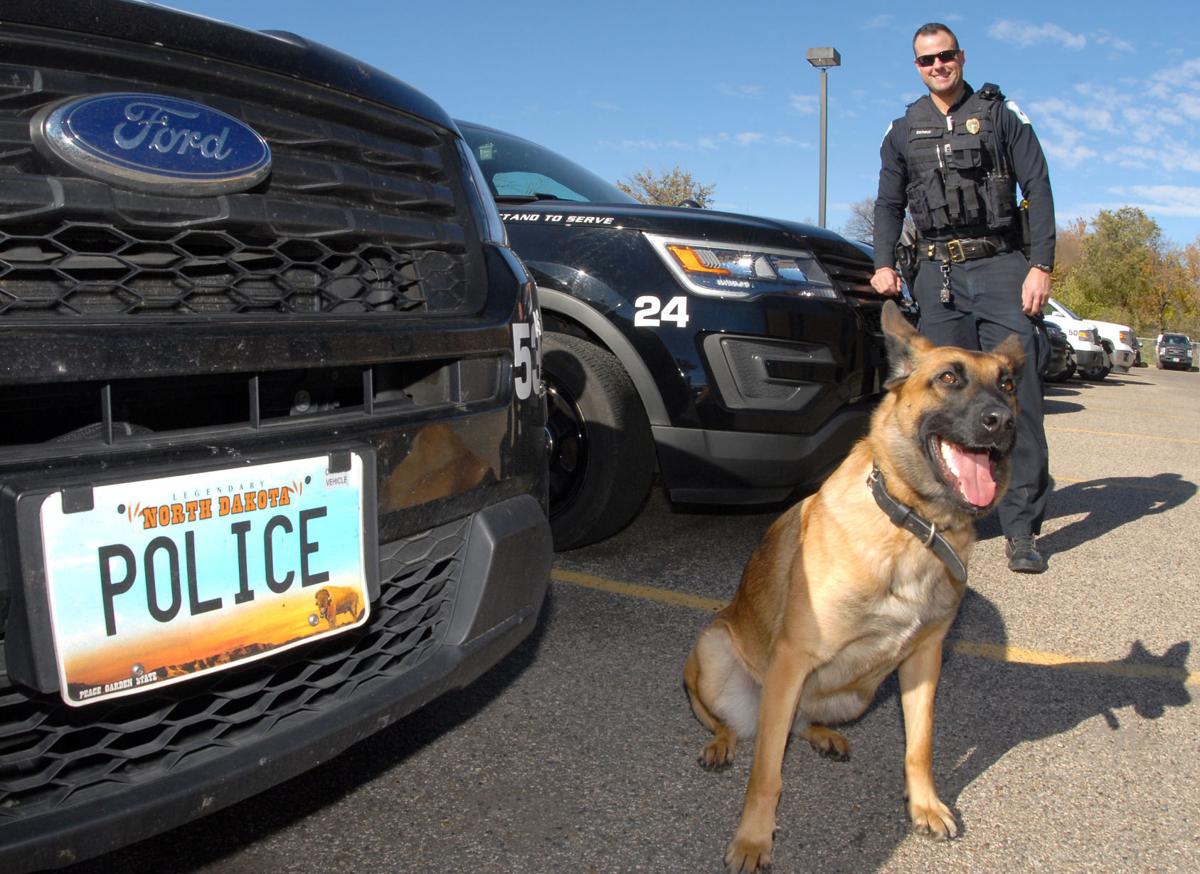 Bismarck Police officer Joeseph Benke and his canine partner, Mesa, are one-half of the department's canine patrol with both dogs trained in the search for marijuana. 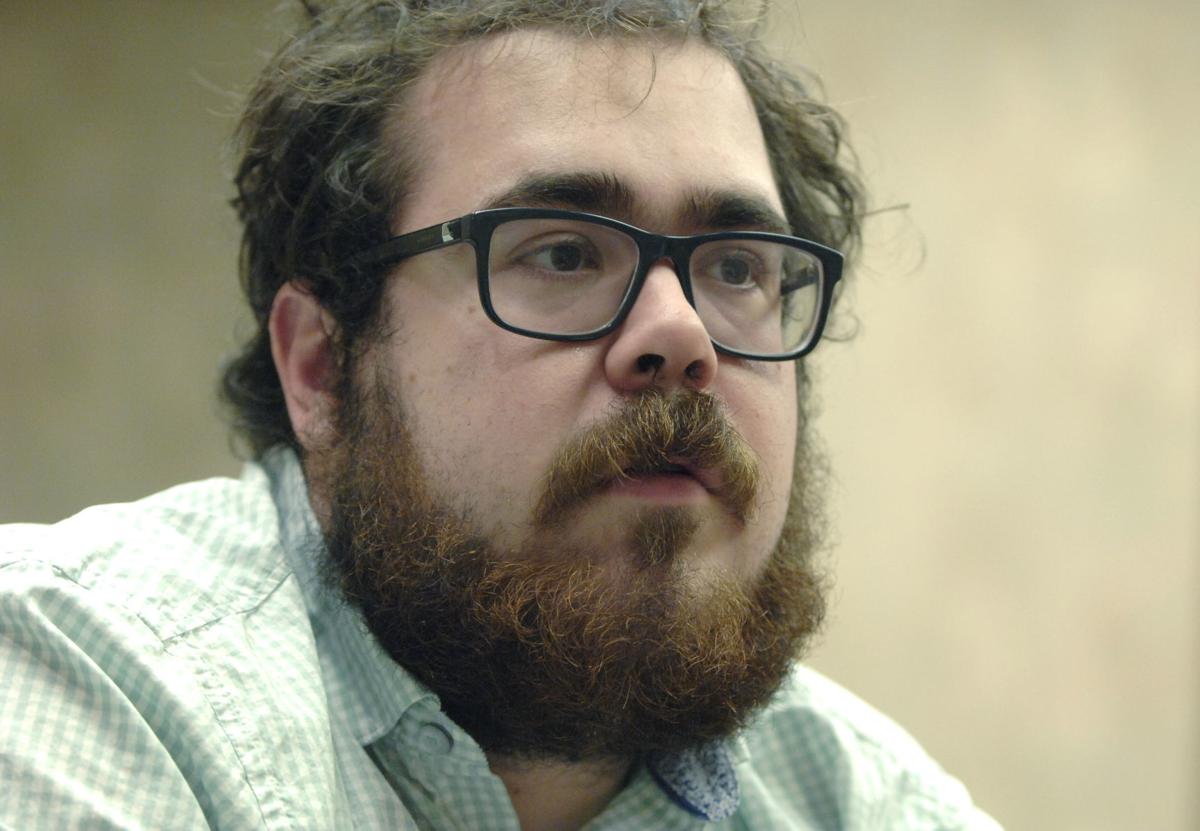 David Owen is the chairman of the sponsoring committee to pass Measure 3 on the Nov. 6 ballot. 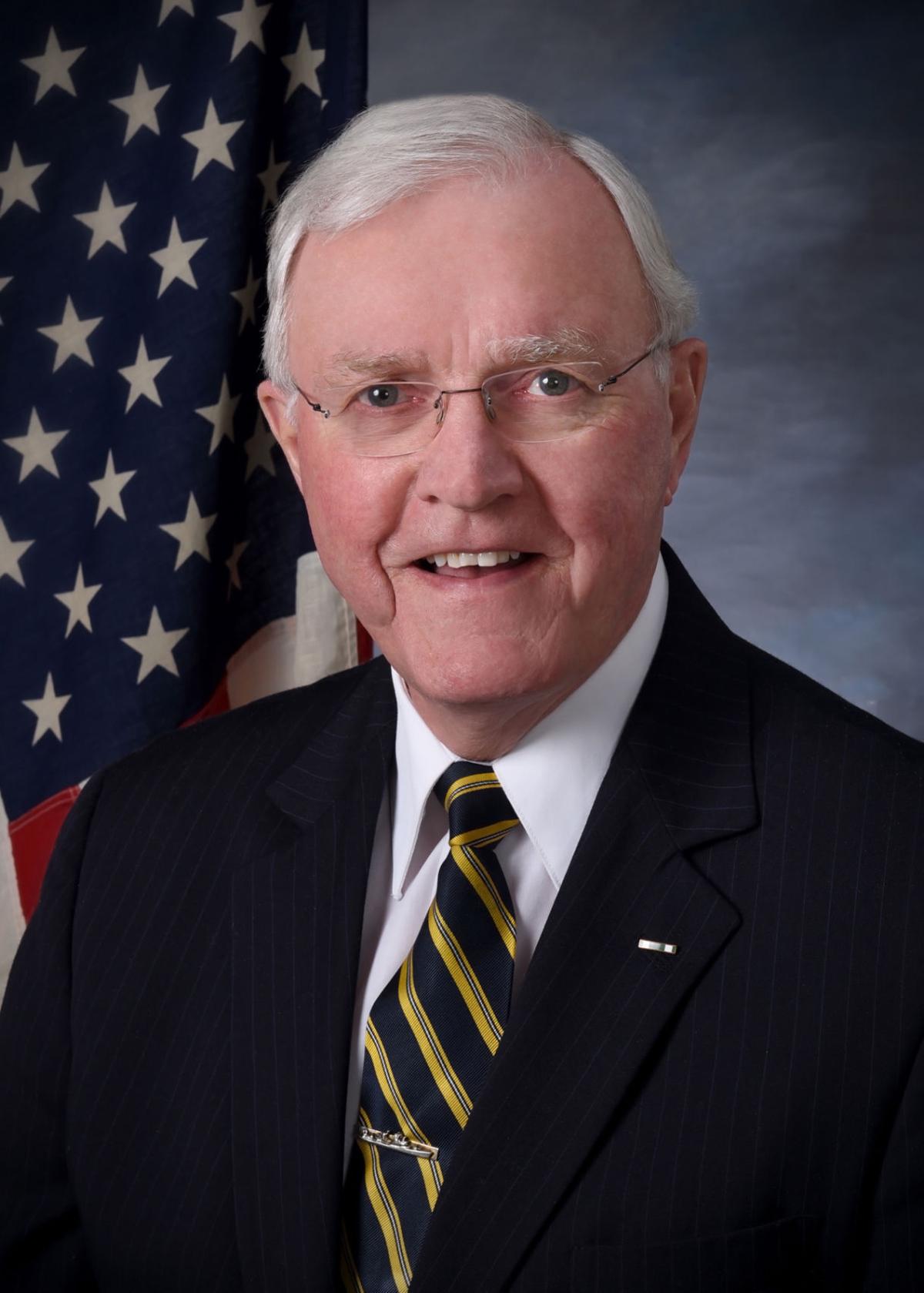 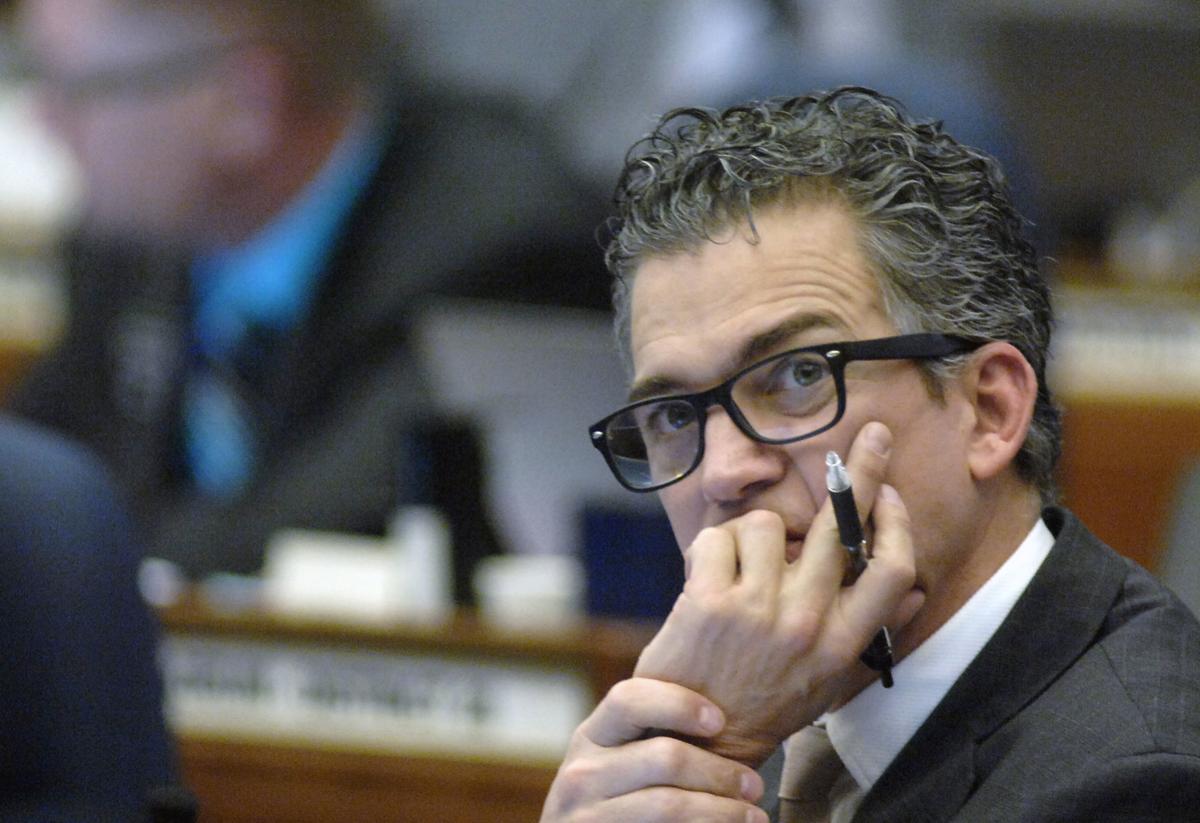 Rep. Rick Becker, R-Bismarck, looks at the tally board on Feb. 21, 2017, during the 83-9 House vote on House Bill 1169, a change to the North Dakota constitution allowing the carrying of a concealed firearm. Becker was a co-sponsor of the bill. 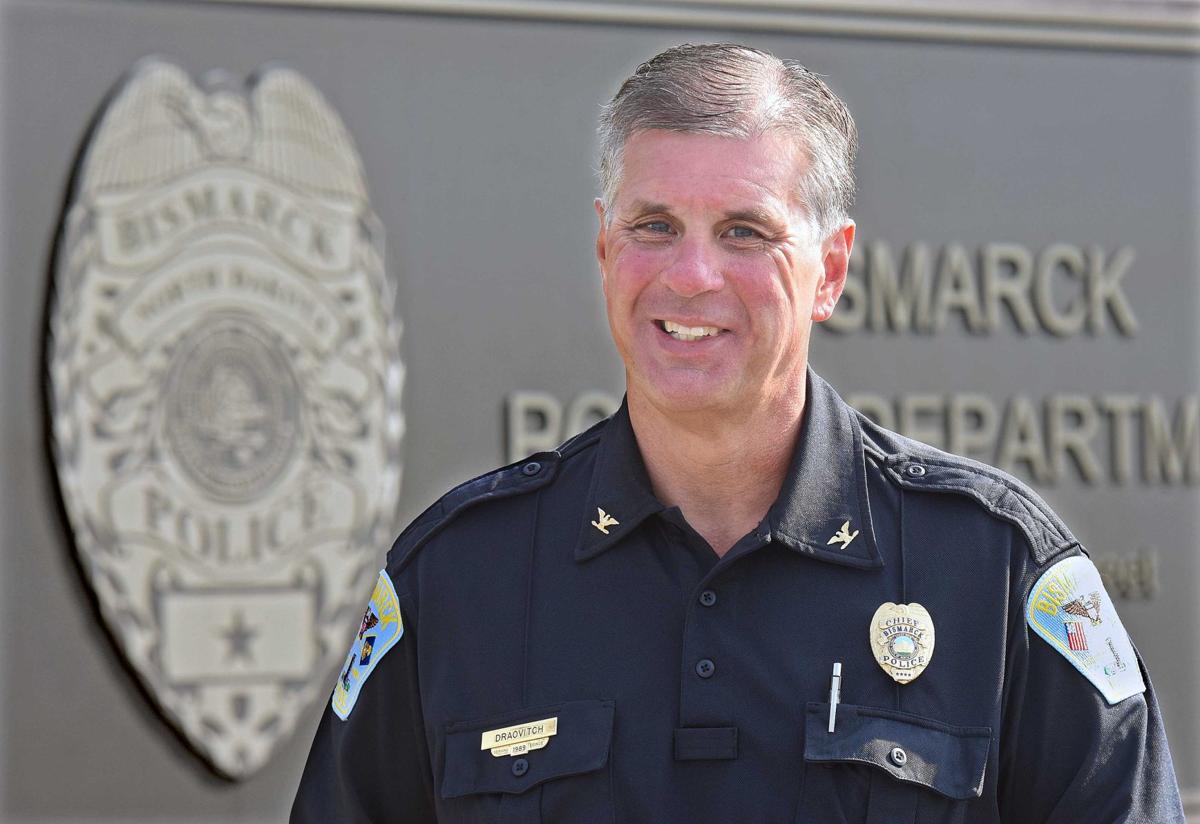 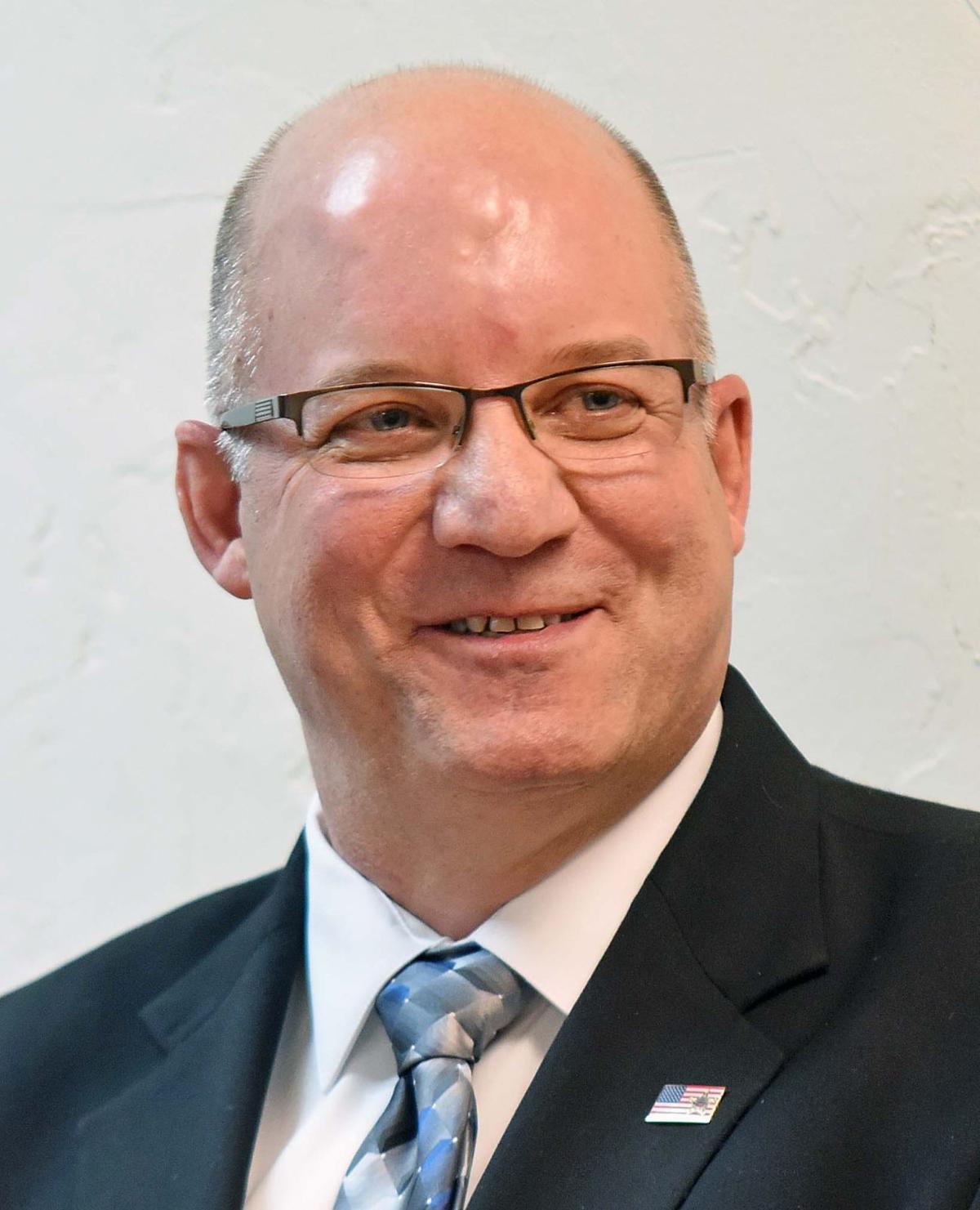