Joking aside, it’s a situation the three-person panel often faces: Any two of them together constitute a quorum -- the least majority needed to transact business. And in such cases, the public should be given notice.

Even when they aren’t meeting for official business, the PSC provides notice for everything from retirement parties to legislative bill hearings to be compliant with North Dakota's open meetings laws.

“We don’t notice the political events, but we notice any other time that we’re attending a public event, even if it isn’t our meeting. We tend to just notice it just to be safe,” said Commissioner Julie Fedorchak, who watched Gallion's announcement with fellow Commissioners Brian Kroshus and Randy Christmann nearby.

Another board has encountered similar scenarios but handled them differently. Members of North Dakota's Industrial Commission, comprising the governor, attorney general and agriculture commissioner, can find themselves in the same room.

But they don't provide notice for everything.

Like last week, when two of the three members were present at separate events involving energy and the environment, topics not uncommon for the Industrial Commission to discuss.

The next day, Goehring was in the room where Gov. Doug Burgum was participating in an EmPower Energy Conference panel about agriculture and energy issues.

Those instances weren't noticed, so I reached out to find out why.

Goehring’s and Stenehjem’s offices referred me to a 2017 attorney general opinion addressing a virtually identical situation to their instance: Two Industrial Commission members were present at a WOTUS roundtable with the EPA administrator.

Essentially, the 2017 EPA roundtable was not an Industrial Commission “meeting” because no “public business” of the board was discussed, according to Stenehjem.

“Stenehjem is not quite accurate in saying no public business was discussed, since environmental protections, the waters issue and EPA activities in general are really public business,” he told me. “Certainly for the NDIC.”

Industrial Commission Executive Director Karlene Fine told me she was asked whether to notice the EPA roundtable.

"I was told the topic was going to be WOTUS, and that is not an Industrial Commission issue, so that didn't need to be noticed," she said.

Reporters were present at the EPA roundtable, which mainly involved the path for writing a new WOTUS definition after the 2015 rule was rescinded.

Additionally, if Goehring had participated in the panel with Burgum and discussed Industrial Commission issues, that instance would have been noticed, Fine added.

Fine said the board has provided notice for other quorums, such as Burgum's and Goehring's joint visits with farm groups during the 2017 drought.

McDonald said the Industrial Commission should make it a policy to notice quorums as the PSC does. Attendance at the same event matters, he said: "The law speaks of attendance, not speaking."

Fedorchak said "there's really no downside" to noticing PSC quorums. It's been that way likely "for decades," she said.

"We just want to err on the side of making the notice," Fedorchak said.

Jack Dura is the Capitol reporter for The Bismarck Tribune. Reach him at 701-250-8225 or jack.dura@bismarcktribune.com. 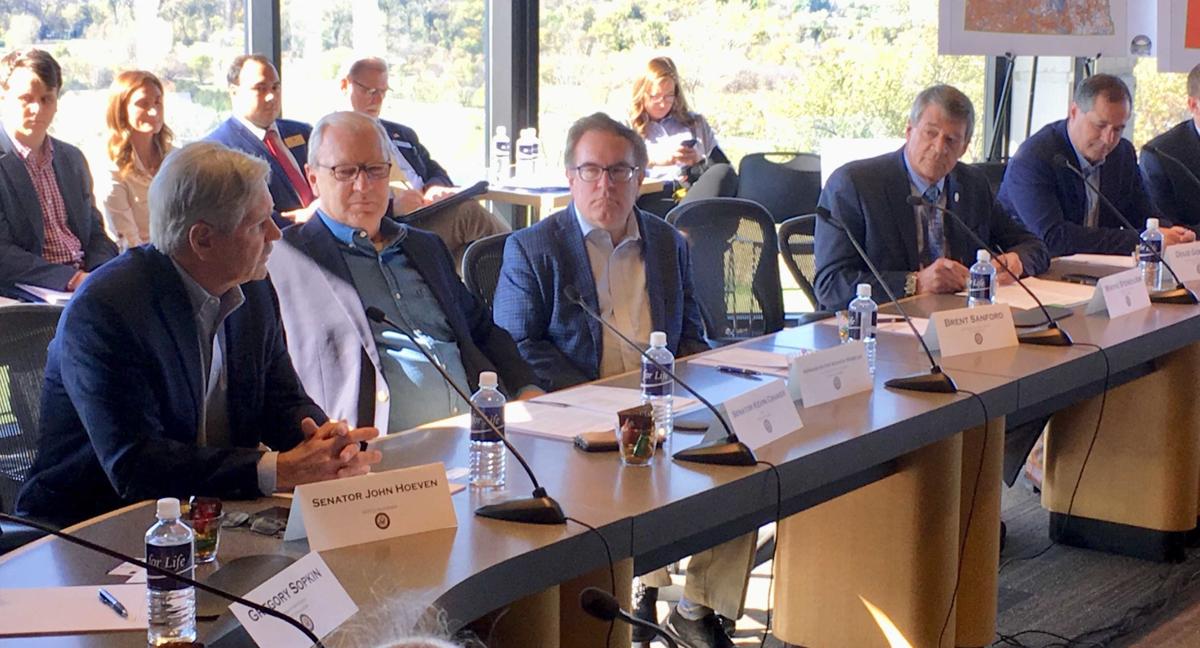