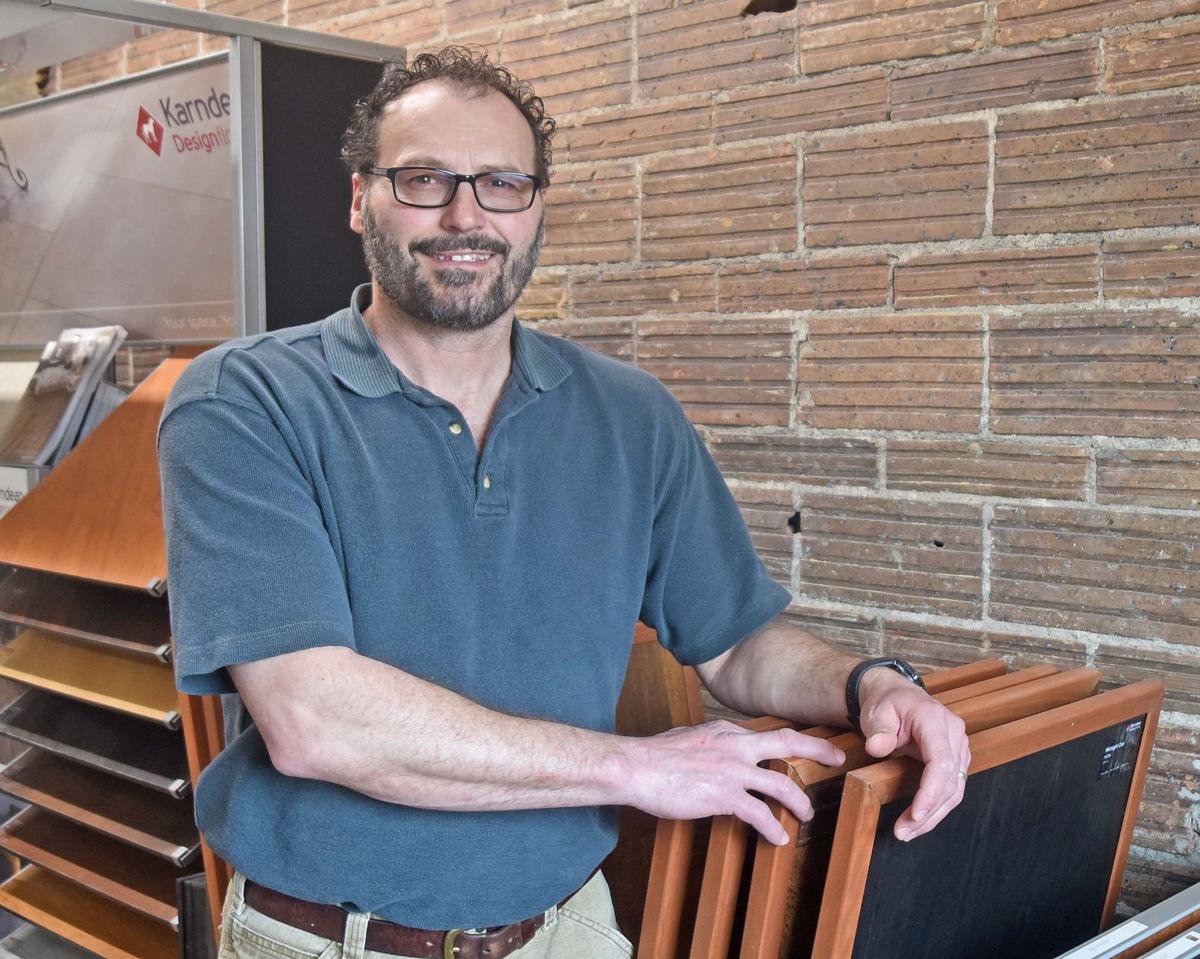 Brian Fettig is the owner of Fettig Millwork & Windows on west Main Street.

Fettig Millwork & Windows is open on Main Street in Mandan.

What once was a service station on the west end of Mandan’s Main Street now stands as something of a functional advertisement for Fettig Millwork & Windows.

Fettig Millwork & Windows had been operating in Mandan for about 10 years when it moved into the new location last summer. The showroom was previously in rented space at 3327 Memorial Highway in the Midway Lanes building, with workshops in another location.

“We were outgrowing (the showroom), and being in two different locations, it was a real hassle,” Fettig said. “We wanted a location that was going to be high traffic so people could find us and see what we’re about.”

The move has worked well, according to Fettig. New customers have come in off the street and praise has rolled in from the community at large, who are "driving by and thanking us for doing something with this property.”

For the remodel, Fettig pulled off white paneling, exposing the old brick. A 42-by-53-foot addition was constructed, expanding the showroom and providing new restrooms. Upgrades were made to electrical, furnace and air conditioning, light fixtures and flooring were replaced and new siding, windows and doors were hung.

An estimated $228,760 was invested in the space, according to an application made for property tax assistance as part of the Renaissance Zone program.

“We wanted to make the place nice,” said Fettig, adding he wanted to showcase some of the work the business does in homes, including windows, siding and spray foam insulation.

Prior to Fettig taking over, the property was valued at $69,600; it is now valued at $203,500, according to estimates from the city assessor.

Fettig estimates the building would have been one of Mandan's first service stations.

"That's why I kept the brick, to keep the heritage. It's beautiful brick anyhow," he said.

More improvements are in the works, including landscaping, outdoor lighting, a new sign and a display of the wood grain garage doors.

“It will show a little bit of everything we do,” Fettig said.

“Mandan is making steps in right direction in doing the same thing Bismarck did in its downtown, Fettig said. “The programs they put in place are working very well.”

“Mandan is making steps in right direction in doing the same thing Bismarck did in its downtown. The programs they put in place are working very well.”

Brian Fettig is the owner of Fettig Millwork & Windows on west Main Street.

Fettig Millwork & Windows is open on Main Street in Mandan.